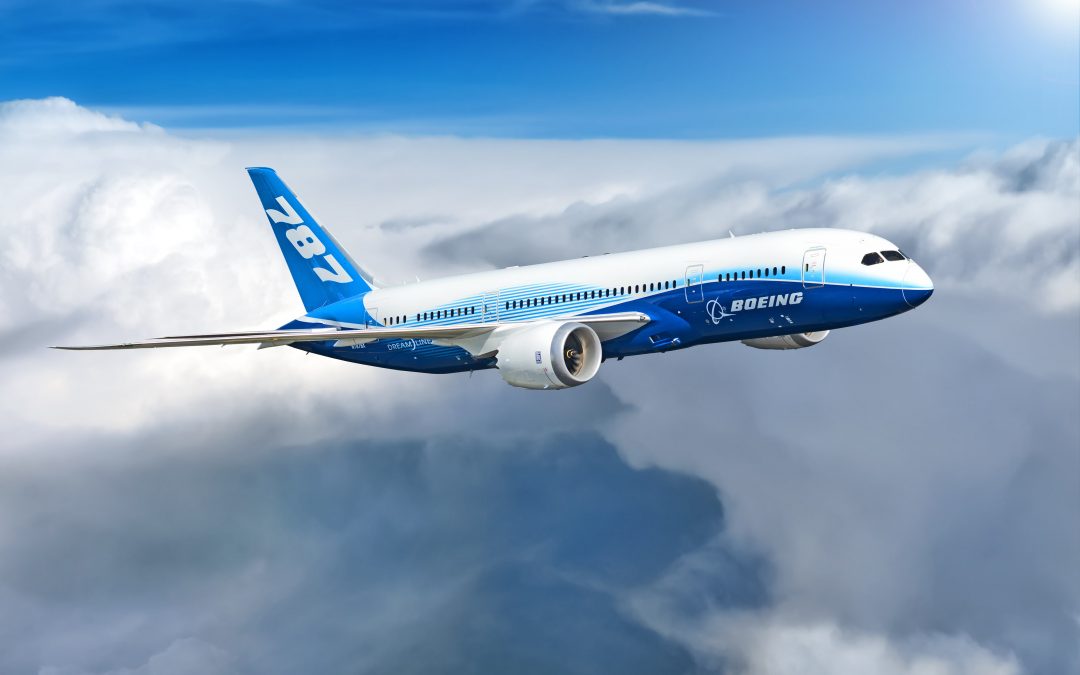 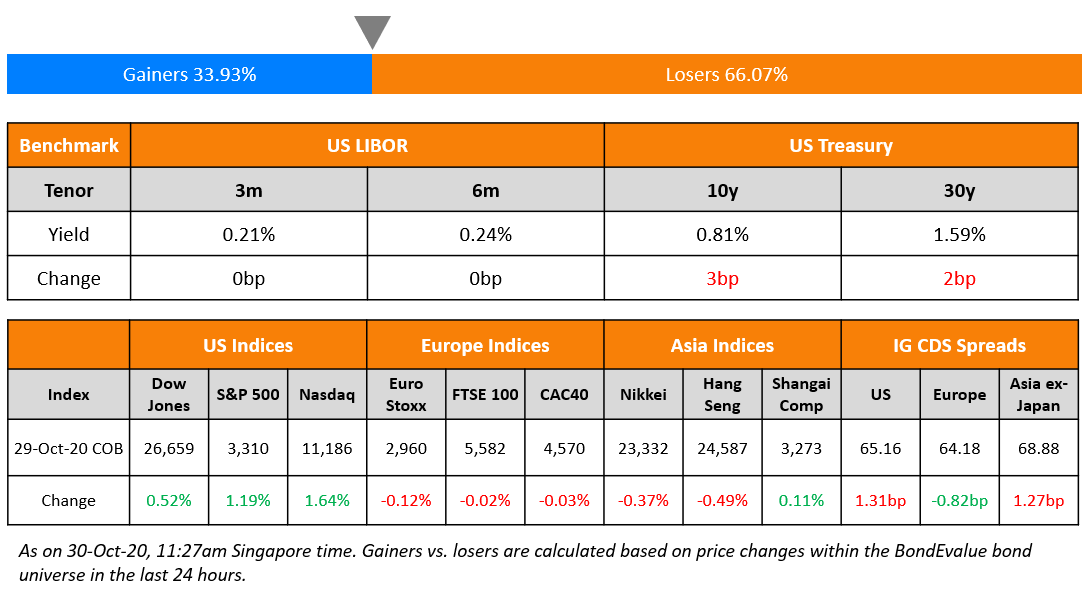 S&P ended 1.2% higher with the energy and tech sectors pushing the index higher, up 3% and 2% respectively. In after-hours trading post reporting earnings, Apple, Amazon and Facebook were down ~4%, ~2% and ~2.5% respectively while Alphabet was up ~6%. As markets recovered from the prior day’s risk-off tone, US10Y Treasury yields jumped 3bp higher to 0.81%. US IG CDS spreads were up 1.3bp and HY CDS spreads were up 6bp. ECB in its meeting yesterday noted that it would reassess whether more support is needed at its December 10 meeting, given the pandemic impact. Italian yields were down 4bp. European main and crossover CDS spreads were tighter by 0.8bp and 7.8bp respectively. Asian equities are lower by ~0.5% while Asia ex-Japan IG CDS spreads are wider 1.3bp.

We are conducting a Bond Traders’ Masterclass on Bond Portfolio Optimization & Risk in Perps today at 7pm Singapore / 11am London time. This is a 60-minute interactive session that will cover how to build a bond portfolio, trading strategies and key risks associated to AT1 perpetuals that private investors should be cognizant of. 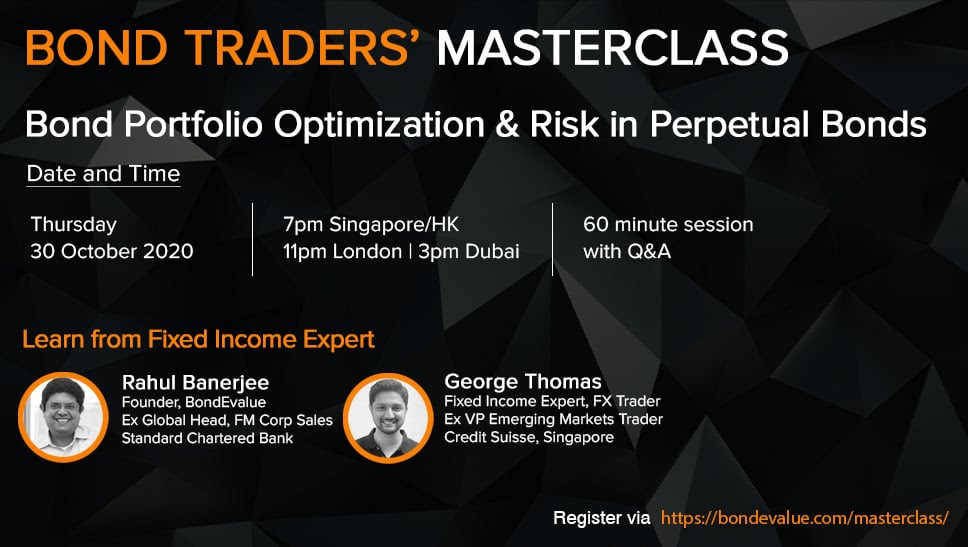 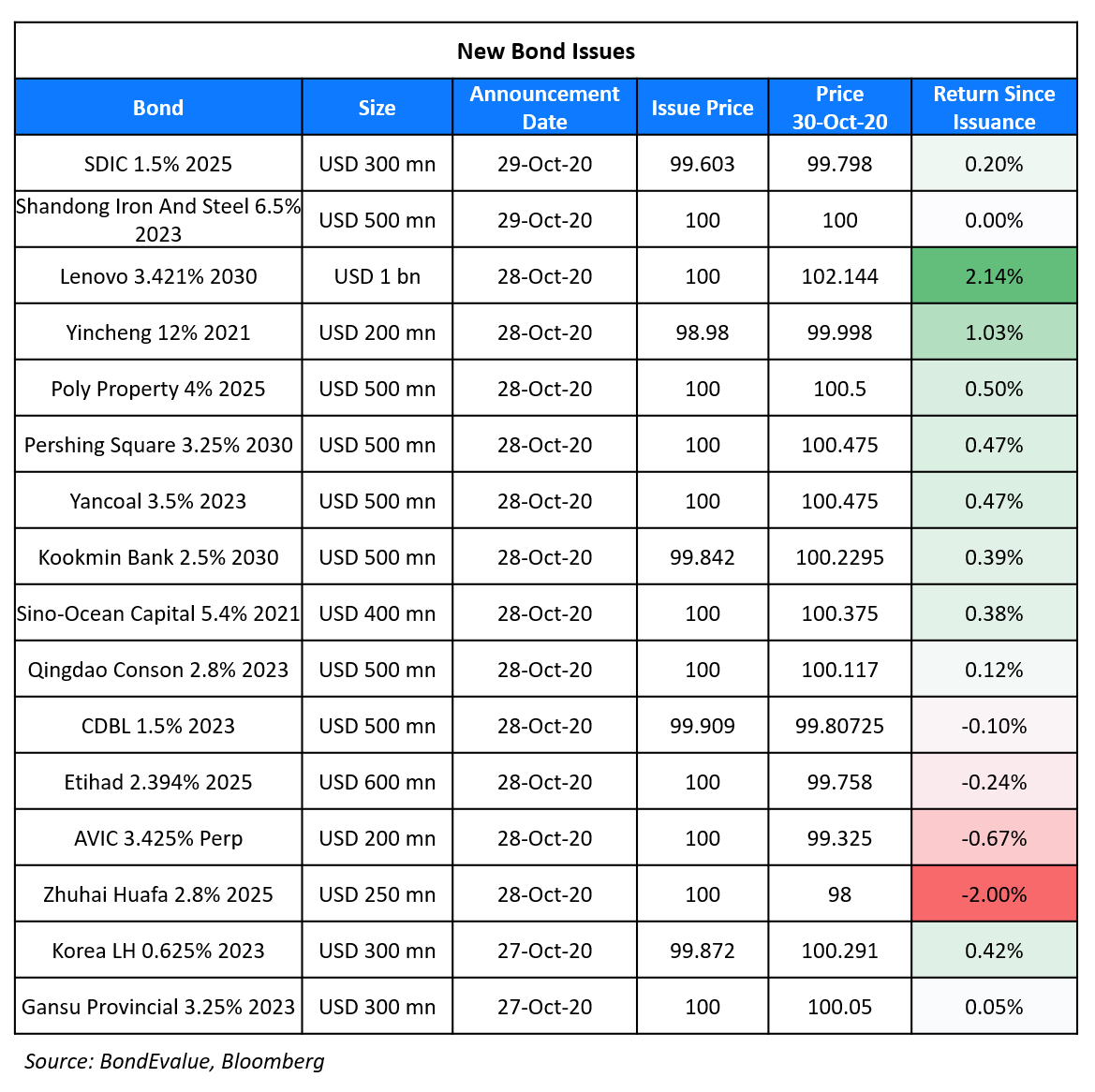 Shandong Iron and Steel raised $500mn via a 3Y bond at a yield of 6.5%, 30bp inside initial guidance of 6.8% area. The unrated bonds received orders over $950mn, 1.9x issue size. The bond is issued by Shandong Iron and Steel Xinheng International Co, while Shandong Iron & Steel Group will be the guarantor. Asian investors took 97% and EMEA 3%. Banks were allocated 80%, fund managers 16%, and corporates and private banks 4%. Proceeds will be used to refinance the company’s medium to long-term offshore debt payable within one year and repay shareholder loans of the guarantor’s offshore subsidiaries. The bond has a change of control put at 101..

State Development and Investment Corp (SDIC) raised $300mn via a 5Y bond at a yield of 1.583%, 35bp inside initial guidance of T+160bp area. The bonds have an expected rating of A2/A+ (Moody’s/Fitch) and received orders over $1.4bn, ~4.7x issue size. APAC bought 89% of the bonds and EMEA 11%. Banks received 49%, asset managers 29%, financial institutions 17%, and private banks, insurers and pension funds 5%. Rongshi International Finance is the issuer and the parent company SDIC, which is owned 100% by China’s State Council, is the guarantor. Proceeds will be used for overseas project construction, debt refinancing and general corporate purposes.

BOSCI (BVI) raised $200mn via a tap of its 1.25% 2023s at 1.576%, 40bp inside initial guidance of T+180bp area. The bonds, rated A1 are backed by an irrevocable standby letter of credit from China Construction Bank (Hong Kong) rated A1/A/A and a keepwell deed from Bank of Shanghai, the parent company of BOSC International. Proceeds from the tap will be used for offshore debt refinancing and business operations. The tap offers a new issue premium of ~3bp over its initially launched 2023s, which are trading at 1.55% currently on the secondary market.

Boeing Raises $4.9 Billion via Bonds, Downgraded to BBB- by Fitch

Boeing, raised $4.9bn via a four-trancher with proceeds to be used to repay $2.8bn of existing debt that is due next year, according to Bloomberg. Details of the tranches are as follows:

Fitch meanwhile downgraded the planemaker before its new bond issuance by one notch to BBB- from BBB with a negative outlook, the lowest investment grade rating. The rating agency expects global airline traffic not to return to 2019 levels until the end of 2023. Further, it assumes the 737 MAX to see delays in the certification process, which would push deliveries of its inventory of more than 450 completed aircrafts into 2022. The above two factors would make it difficult for Boeing to return to financial metrics consistent with its earlier BBB rating. According to Fitch, the planemaker will have issued more than $42 billion of gross debt in 2020 including the $4.9bn issuance and expects them to end 2020 with over $60bn in gross debt and $25bn in cash. Fitch assumes free cash flows to be at break-even or modestly positive for 2021, but negative through at least the second quarter.  Boeing’s 5.15% bonds due 2030 are down 1.7 points to 111.98, yielding 3.61% while their 3.95% bonds due 2059 are down 4.4 points to 91.8, yielding 4.39%.

China’s regulators including the central bank have asked 12 property developers to report details of monthly financing. Among the 12 are Evergrande, Sunac and Vanke who are to report their monthly financing, business data and total debts on the 15th of every month, according to sources. This comes after the ‘three red-lines’ orderorder and the possible systemic risks that property markets could have on the economy. Evergrande has a debt pile of ~$120bn while cash reserves are at $20bn, lower than its short-term debt too. “The main problem with Evergrande is over-expansion and over-banking from too many different institutions,” said a risk control official at a major state-owned bank. Lenders and analysts say that the risk of default or operational impact is relatively small for Evergrande given its multiple funding channels and vast land bank. However, higher borrowing costs could hit profit and delay deleveraging. Representatives of the three companies did not respond to queries, according to Bloomberg. While the list of 12 developers was not published, we have plotted the three red lines for 16 of the most indebted Chinese developers – sorted by total debt (highest to lowest) – in the charts below. 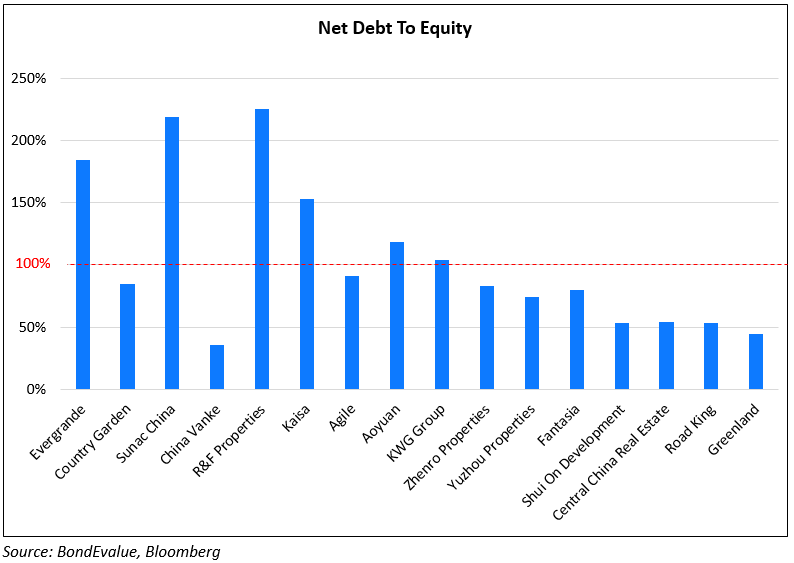 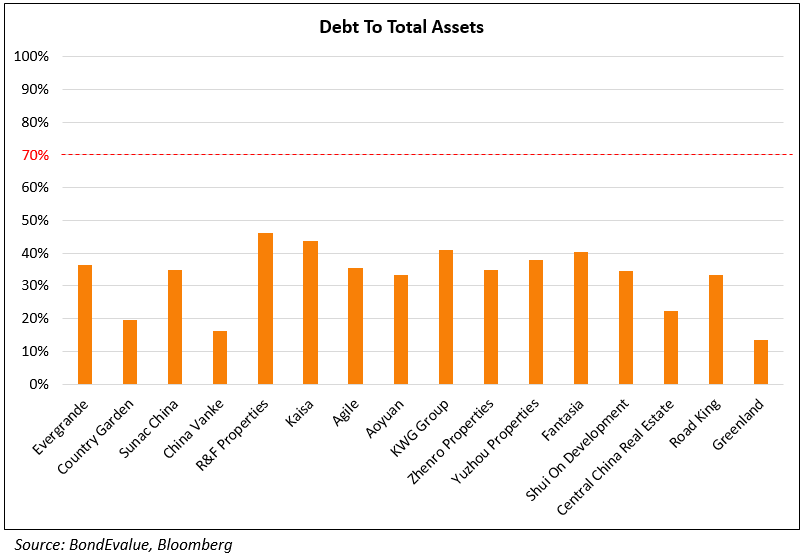 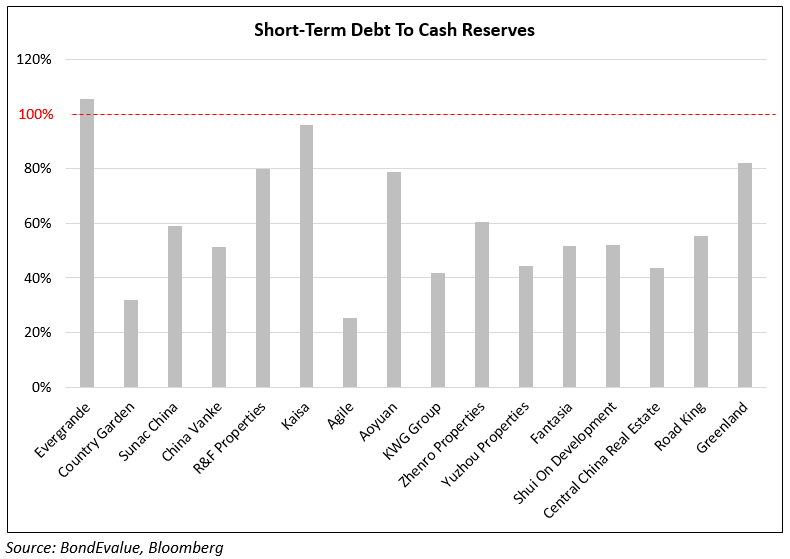 Ford Reports Strong Q3 Numbers With a Profit of $2.4 Billion

Ford Motors reported strong Q3 earnings with a net income of $2.39bn against $423mn last year driven by auto sales and Ford credit. The Automotive segment contributed $2.32bn and Ford credit contributed $859mn to the net income, while the negatives came from its mobility business and corporate expenses. Even though the net income for 9M at $1.51bn is lower by ~$210mn YoY, the quarterly earnings is good news as it indicates that consumer demand is picking up post the pandemic shock. The company reported higher-than-expected vehicle demand and revealed that the Ford Credit EBT of $1.1bn was its strongest performance in 15 years. North America continues to be the strongest bastion for the carmaker, where it generated revenues worth $25.3bn and held a market share of 13.6%, up by 1% compared to the same period last year. This is followed by Europe, where it generated revenues of ~$5.7bn and held a market share of 7.8%, up by 0.5% compared to the previous year. The company has also lined up a few launches in Q4 that include an all-new F-150, Mustang Mach-E and Bronco Sport. “We know that there’s huge value to be unlocked as we turn around our automotive operations,” said Jim Farley, Ford’s president and CEO.

Earlier this month, Tesla also reported a strong Q3 with a total revenue growth of 39% YoY and 45% QoQ to ~$8.77bn despite a pandemic-driven slowdown.

Investors pulled $2.5bn from US high yield bond funds in the week ended October 28, the largest outflow since the last week of September. This agrees with the overall risk-off sentiment seen this week as coronavirus cases surge across Europe and uncertainty ahead of the US presidential elections. This comes after three consecutive weeks of inflows this month totaling $6.35bn. Investment grade funds, on the other hand, witnessed inflows worth $3.3bn, the 29th consecutive weekly inflow, as per Bloomberg. 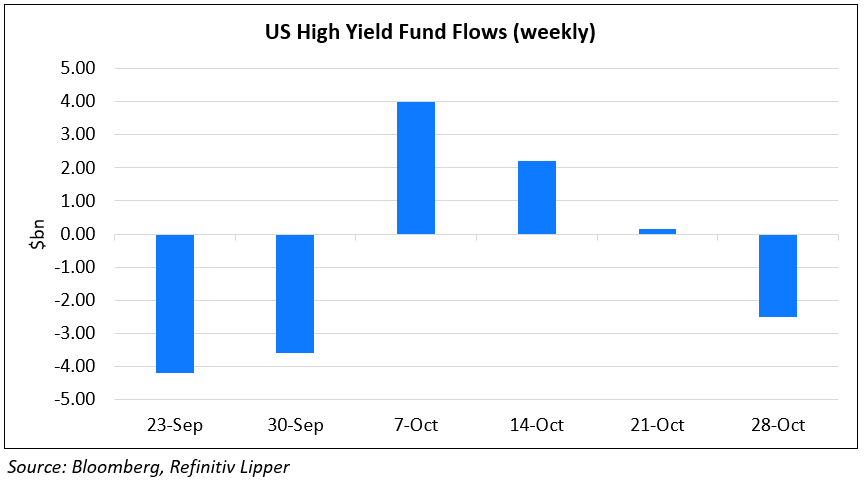 The yield to worst of the Bloomberg Barclays US High Yield Corporate widened by 46bp since October 21 to 5.77% currently. 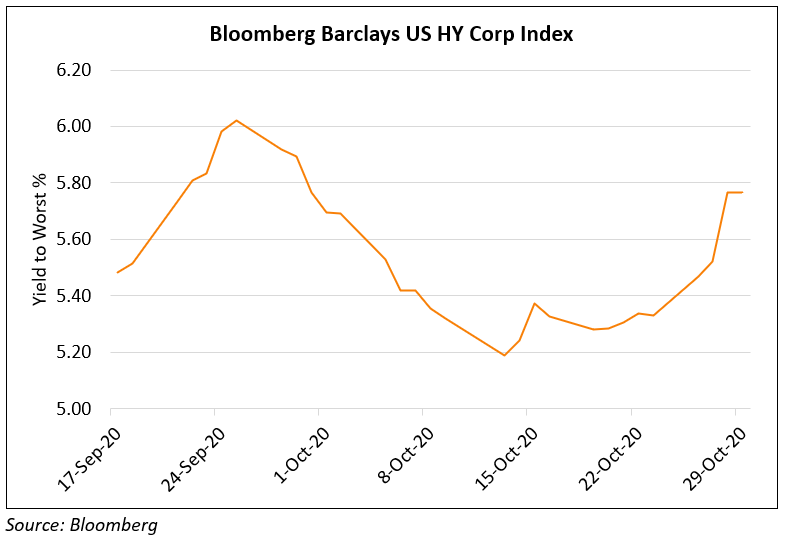 Tsinghua Unigroup, the commercial arm of prestigious state-owned Tsinghua University told Bloomberg that it will not be redeeming its CNY 1bn ($150mn) 6.5% perpetual bonds that had a call date today. This comes after REDD Intelligence reported that the company failed to transfer sufficient funds by the Wednesday (October 28) deadline. The company seems to have had a change of heart as it had previously told investors that it planned to exercise its call option and had set aside sufficient cash for the redemption. This news sparked a sell-off in its local currency and dollar bonds on Thursday.  As per Bloomberg, its CNY 5bn ($750mn) 5.2% bonds due 2023 fell 15% to a record low of 46. It’s $450mn 6% dollar bonds due on December 10 this year fell over 8% to 77.8 while its $1.05bn 4.75% bonds due January 2021 fell over 7% to 65.4 cents on the dollar. The issuer’s parent, Tsinghua Holdings is rated AAA/AAA/AA by local rating agencies China Chengxin/Lianhe/China Credit Rating Co. Ltd.

On the ECB action for stimulus in December 2020 – Christine Lagarde, ECB President

“On the basis of this updated assessment, the Governing Council will recalibrate its instruments as appropriate, to respond to the unfolding situation and to ensure that financing conditions remain favourable to support the economic recovery and counteract the negative impact of the pandemic on the projected inflation path… when we say we’ll recalibrate its instruments, we are referring to all our instruments, so it’s not PEPP-specific.”

“The United States remains committed to targeting any revenue source the Iranian regime uses to fund terrorist groups and oppress the Iranian people.”

On the record levels of debt-to-GDP and Covid vaccine helping avert it – Alexandra Dimitrijevic, Global Head of Research, S&P

“Although we’re heading toward record levels of debt-to-GDP, we believe a near-term debt crisis is unlikely,” according to Alexandra Dimitrijevic, global head of research at S&P in the note. An economic rebound is predicated on the wide availability of a Covid-19 vaccine by mid-2021 and continued accommodative monetary policies.

On Russia mulling Eurobond this year with an eye on U.S. election – Andrei Solovyov, global head of debt capital markets at VTB Capital

“I think November looks more attractive than December as investors traditionally start closing their portfolios in December,” and added “But no doubt it will depend on the situation after the U.S. elections. We can’t forecast how they will end, what decisions and how quickly will be made. These all will affect the potential placement.” 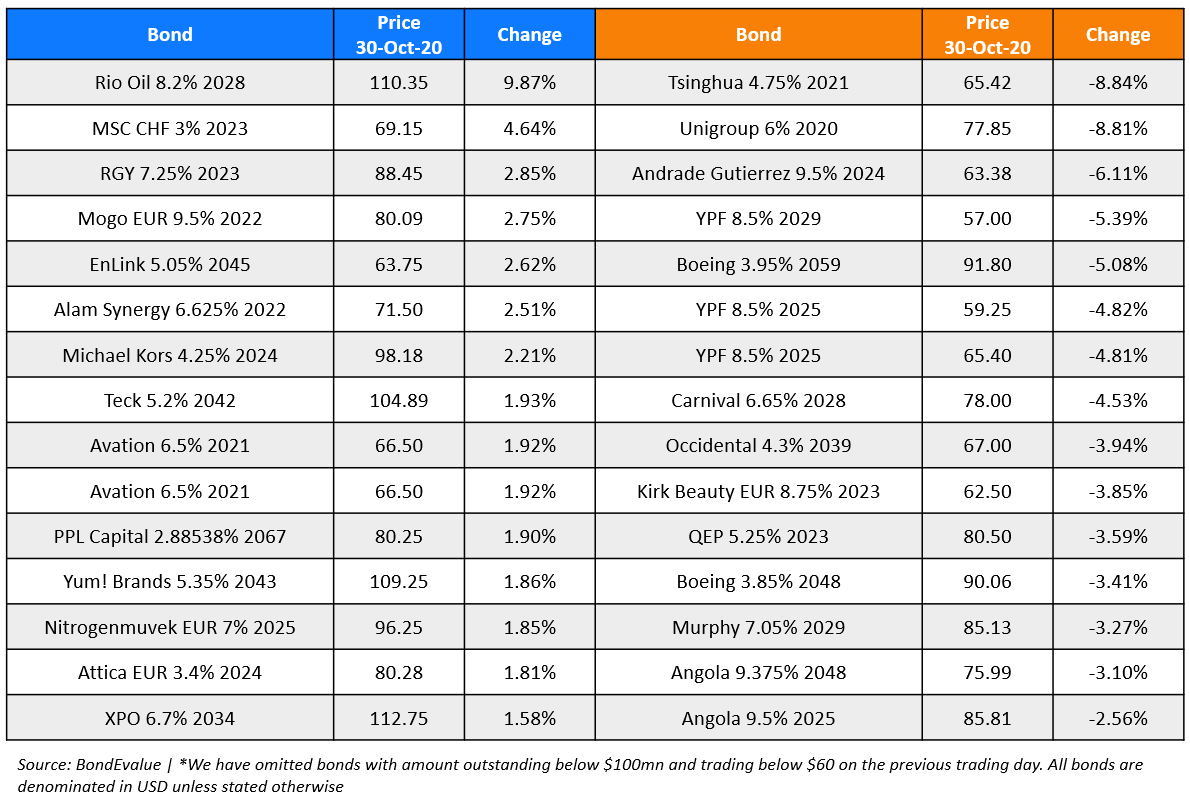