Investors Continue to Dump Huarong Bonds on Reports of Restructuring 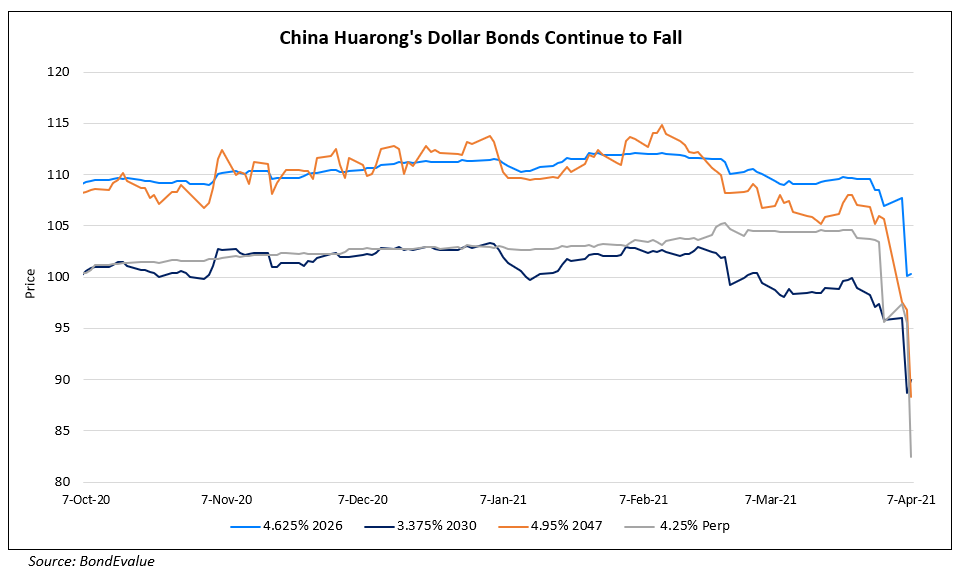 Tuesday marked another grim day for China Huarong’s dollar bonds as investors continued to sell amid reports of a financial restructuring coming up at one of China’s largest asset managers. As per Bloomberg, the company had submitted “financial restructuring, recapitalization and other major reform plans” to its major shareholders and government authorities for approval, reported by Chinese media group Caixin. The media group further said that this was the primary reason for a delay in releasing its annual earnings. However, there have been no official notice of such a restructuring by the company. Most of Huarong’s dollar bonds have been trading lower with its 2047s and perps falling the most followed by its relatively shorter tenor bonds.