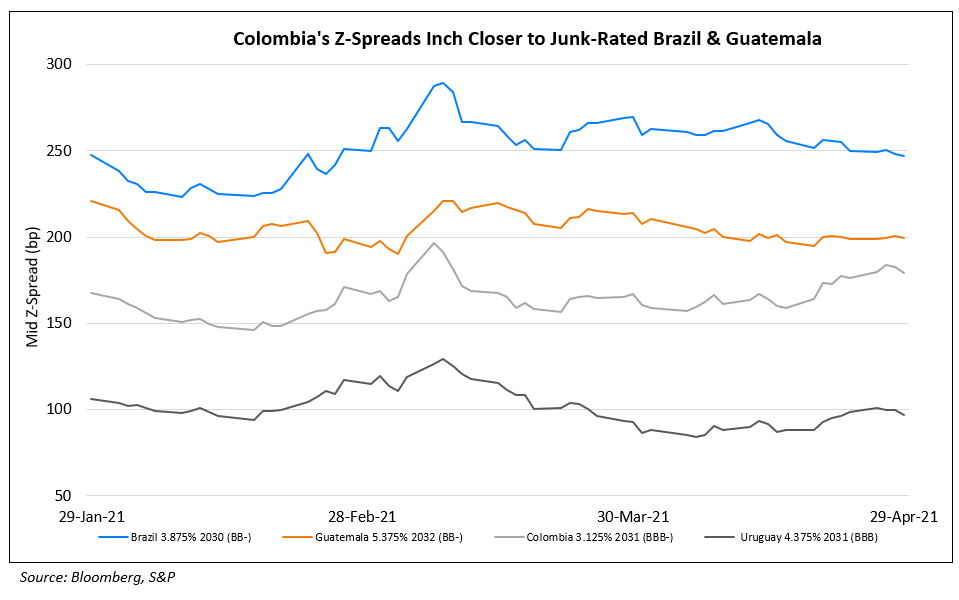 Investors are pricing Colombia’s dollar bonds at junk levels as they expect the government to fail to raise sufficient taxes to maintain its investment grade credit rating, as per Bloomberg. Their international bonds were among the biggest losers in Latin America since the government attempted to raise taxes in mid-April but met with widespread opposition. Colombia’s 3.125% 2031 and 4.125% 2051 fell by 1.4 and 1.5 points to 97.74 and 94.07 respectively since last Friday, yielding 3.4% and 4.5% respectively. Colombia’s (BBB-) borrowing costs have risen in line with those of junk-rated Latin American countries such as Brazil (BB-) and Guatemala (BB-), reflecting expectations that the nation will fail to cut down its deficit. The Z-spreads for its dollar bond maturing in 10 years inched closer to that of the junk-rated Brazil and Guatemala vs. its investment-grade rated peer Uruguay (BBB).
For the full story, click here