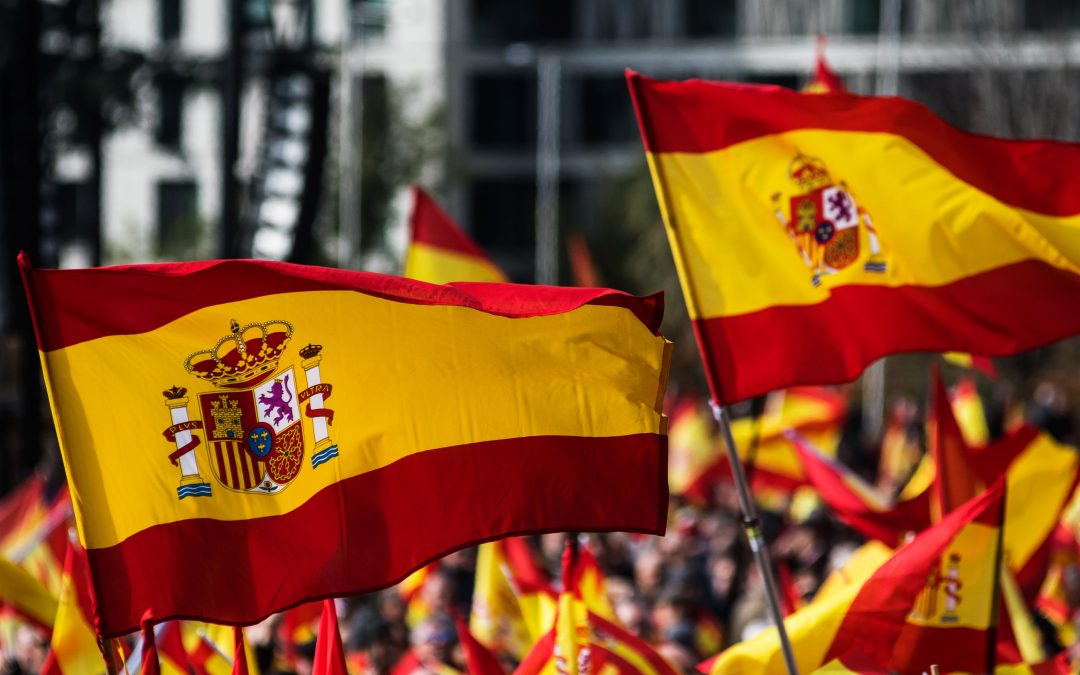 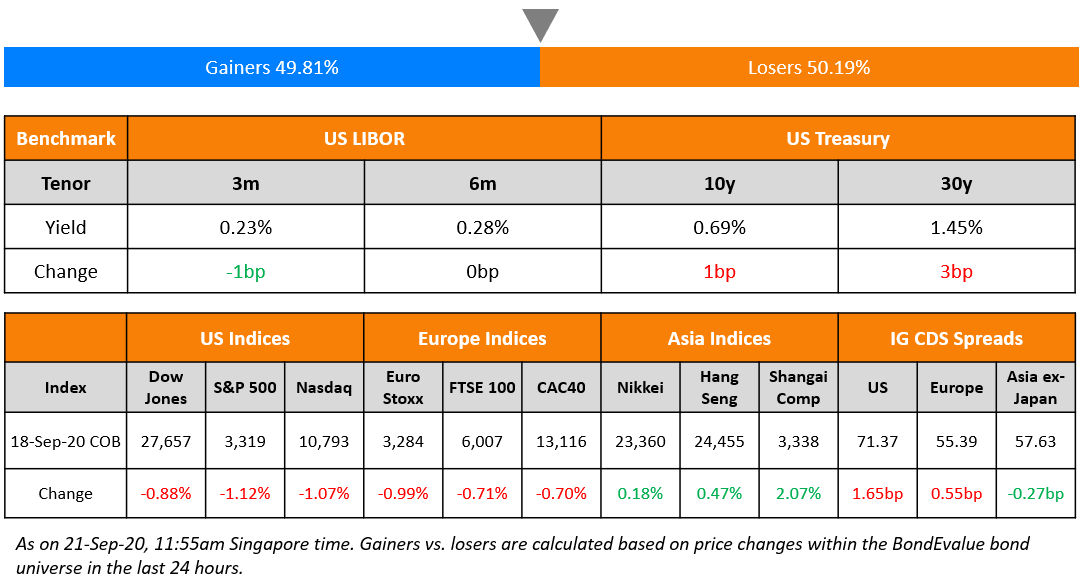 US stocks fell further with the S&P ending 1.12% lower on Friday, quadruple witching day – the day when index futures, index options, stock options and stock futures expire. Apple, Alphabet and Amazon had losses of 3.17%, 2.42% and 1.79% respectively with both tech and non-tech sectors getting hit. 10Y US Treasury yields moved marginally. A precursor to Q3 earnings has already begun and the following week has Jefferies, Costco and few others due for their August quarter, a possible harbinger to banks, retail etc. as major earnings kick-in next month. Asian equities are slightly better in trade today up ~0.4%. Preliminary US Michigan consumer sentiment, expectations and current conditions all saw improvement for September. US HY CDS spreads were flat while US IG CDS was 1.65bp wider and a strong move of ~12bp was observed in the iTraxx Asia ex-Japan IG CDS index. 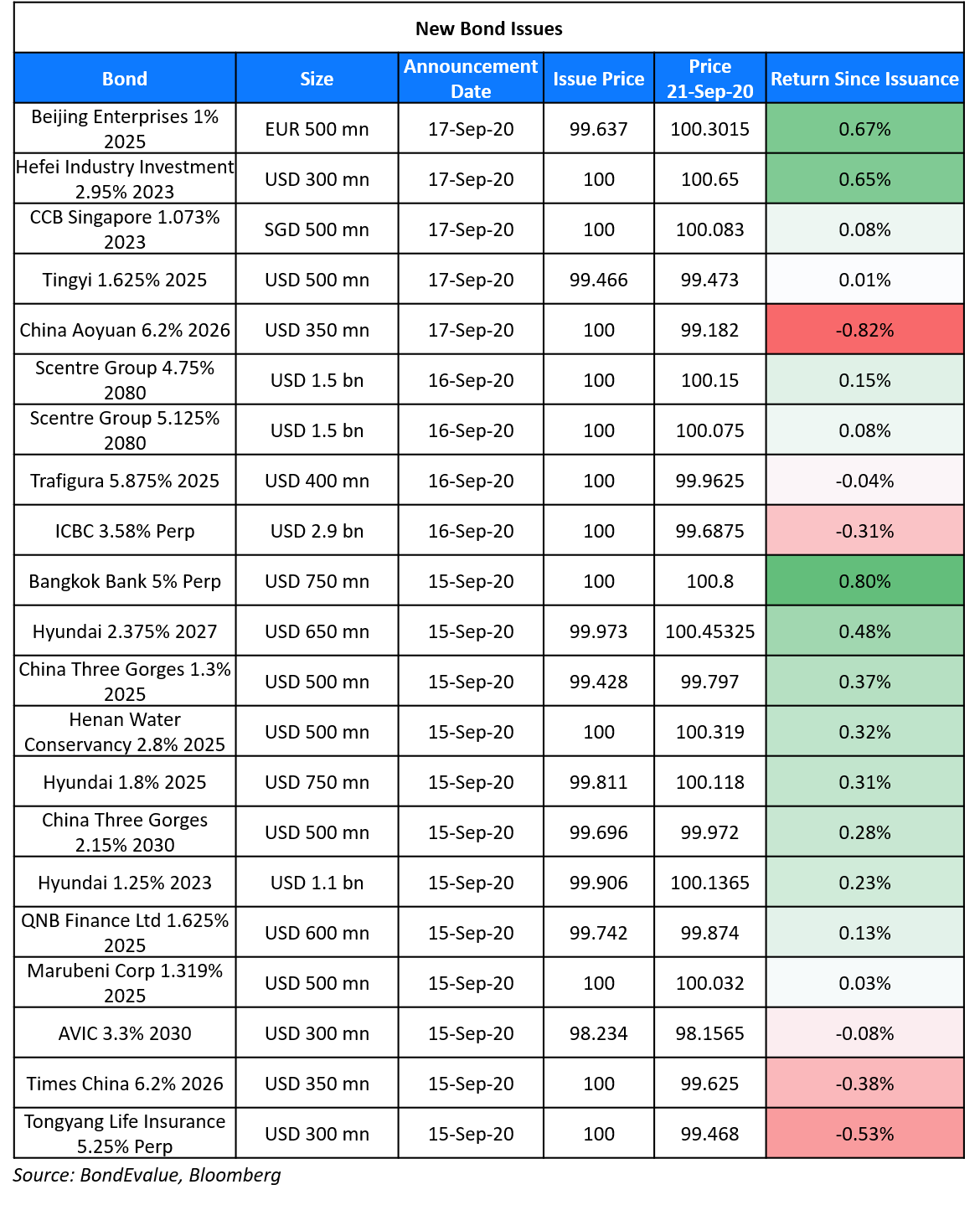 Spain Outlook Revised To Negative From Stable On Mounting Fiscal and Structural Challenges; Affirmed At ‘A/A-1’

S&P rated Spain’s long term and short-term ratings at A and A-1, revising the outlook to ‘Negative’. Key factors for this included:

Moody’s on the other hand affirmed its rating at Baa1 and maintained a ‘Stable’ outlook citing government measures, progress in restoring competitiveness and bettering macro position. Spain’s government bonds were largely unchanged with its 0.6% 2029 bond trading at €103.90.

Chinese real estate developer, Country Garden had its senior unsecured bond rating upgraded by Moody’s from Ba2 (high yield) to Baa3 (investment grade) on Friday. The outlook was revised from positive to stable. Moody’s assigned a Baa3 issuer rating to the company and withdrew its Ba1 corporate family rating. The rating agency cited as reasons for the upgrade its strengthening credit profile and improved credit diversification on the back of its enlarged operating scale, improved geographic distribution of its projects, increased number of operating subsidiaries generating cash flow through diverse business cycles. It added, “Country Garden’s liquidity is excellent. Moody’s expects the company’s cash holdings along with its operating cash flow can cover its short-term debt and committed land payments over the next 12-18 months. The company’s cash to short-term debt ratio remained strong at 1.9x as of 30 June 2020, compared to 2.3x as of 31 December 2019.” The upgrade let to a rally in some of Country Garden’s dollar bonds, as seen in the chart below. 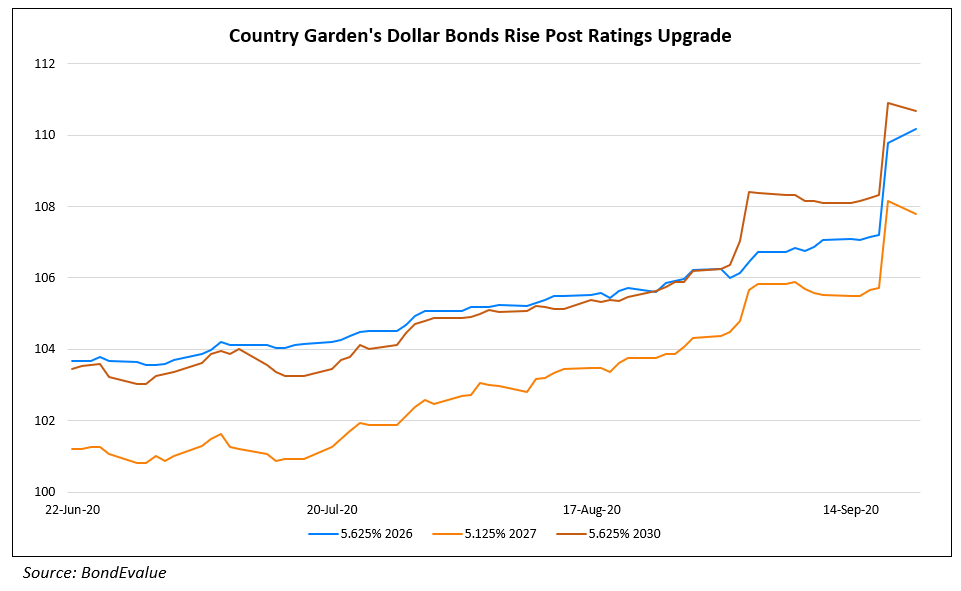 With the upgrade, Country Garden is now rated investment grade category by two rating agencies. In the table below, we have compared Country Garden to two comparable Chinese developers.

Chad has approached private creditors including Glencore Plc seeking a debt freeze that could suspend payments of ~$100mn in 2020, according to the IMF. The African country, one of the poorest in the world, has been struggling due to falling oil prices, droughts, an Islamist insurgency and debt worth ~$1bn that includes the $379mn loan from Glencore Plc. The state run Societe des Hydrocarbures du Tchad had borrowed ~$2bn from Glencore in 2013-14 under an oil-for-cash loan. However, a drop in oil prices since 2014 has forced the country to restructure the loan twice already. The terms of the restructure, which allow the sovereign to delay ~$75mn in amortization payments if oil prices drop below $42/barrel, are seen to be insufficient by the IMF to avoid a default in the event of a further drop in oil prices. The oil prices have seen a 21 year low earlier this year with Brent futures for November trading at $43/barrel on Friday. Chad has continued to repay its loan with oil and made a payment of $95mn last year. It is due to repay $115mn this year. Earlier in June, the country secured a $61mn relief from G-20 in June 2020 under a Debt Service Suspension initiative for the countries hit hardest by the pandemic. Private lenders have stayed away from any debt relief initiative to the needy countries despite G-20’s call. Any bailout by private investors has the potential to hit future financing and Chad and Grenada are the only two countries out of 73 eligible borrowers that have applied for such a debt relief. Grenada has already backtracked from its request. An unlikely relief package to Chad by Glencore could set a precedent of sorts in private players bailing out struggling economies in averting a default.

In the comparison of yields of Country Garden, Shimao and Longfor above, YTW is the most appropriate measure to compare bond yields given that the two callable bonds, Country Garden’s 5.125% 2027 and Shimao’s 5.6% 2026s, are trading at 107.8 and 109.6, well above their respective call prices of 103.6 and 102.8. This indicates that the issuer is very likely to call these bonds if they continue to trade at these levels on the secondary markets.

On the need for another round of federal stimulus for full economic recovery – Brian Moynihan, Bank of America Corp. CEO

“You’re back up to where 95% of the economy is back,” Moynihan said, adding that more help is needed for restaurants, airlines, performing-arts venues and state and local governments so they can “cross that same bridge” as housing, health-care and other recovered industries. “We’ve got to help everybody else get across. What we need, I think, is pretty straightforward: You need more stimulus for the people.”

On the rising demand for green bonds an opportunity for the European Union – Frans Timmermans, executive vice-president of the European Commission

“If you see organisations like BlackRock making this really enormous change into the green economy, if you see them all waiting for us to come up with green bonds because they want to be part of this – I believe this is the moment to do this. If we can show, as a commission, that we can handle this, that we can go on the markets, that the markets will respond to what we’re doing, that this can lead to really successful investment, I think this will take off,” Mr Timmermans said.

On China central bank to play a key role in transition to low-carbon economy – Wang Xin, head of the Research Bureau of the People’s Bank of China (PBOC)

“We could raise funds for renewable energy development by issuing special government bonds, financial bond, and corporate bonds. The central bank can provide a favorable liquidity environment for bond issuance. At the same time, we will promote green consumption on new-energy cars, green home appliances. ESG could actually bring financial benefits to investors. According to an empirical research, in China’s A-share market, stocks with higher ESG scores have outperformed those with lower ESG scores in terms of return rate by more than 10 percentage points in the past two years. It is also the case after the COVID-19 pandemic,” Wang added.

On signs from Bank of England that negative rates could become a reality – Allan Monks, UK economist at JPMorgan Chase

“The fact the BoE is beginning a consultation in the fourth quarter should send a clear message that it is not close to implementing this policy in the next six months at least,” he said.

Markets could get choppier in the months ahead, given the tenuous chances of another fiscal stimulus deal and possible fallout in economic data and equity markets, says Collins. “Right after Jackson Hole, the market tried to sell the back end of the Treasury curve, and all of those trades are out of the money,” the portfolio manager said. “The Fed’s messaging is locking down rates and locking down rate volatility potentially for several years.”

With the help of the upcoming quarter-end index rebalancing, says Ahrens, the 10-year yield could sink back toward its August trough around 0.50%, from the current 0.70%. “What I feel most comfortable about right now is taking duration, because the Fed has told me they’re not doing anything with the policy rate for at least three years and the market seems to have bought that,” he said.

On the relaxation of insolvency rules in Germany to avoid wave of bankruptcy – Christine Lambrecht, Germany Justice Minister

“Companies that can show creditors a realistic prospect of restructuring should be able to implement their concept outside insolvency proceedings,” said Lambrecht in a statement. 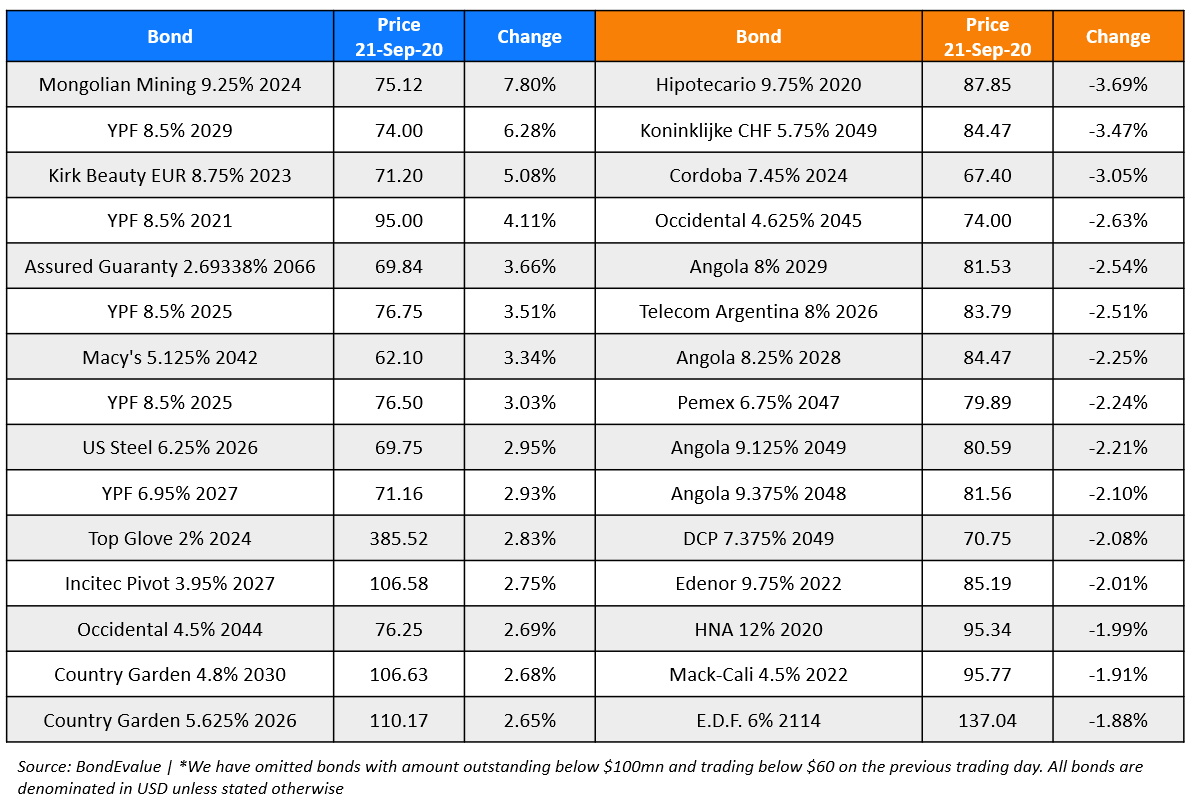