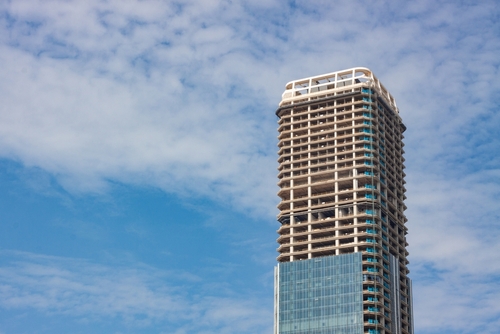 Kaisa Group, which was in default after missing the principal payment on its $400bn bond on December 7, 2021 has come to a debt restructuring agreement with Citic Bank, according to Caixin Global. As part of the arrangement, Kaisa has transferred equity in several projects to a special-purpose entity  newly formed by Kaisa and Citic Bank, Western Trust Co. As commercial banks are prohibited from investing directly in properties not for their own use, Western Trust Co. owns the majority of the projects transferred from Kaisa. However, the actual interests are owned by Citic Bank. In return, Citic granted Kaisa an extension of its debts and even injected extra capital to ensure the completion of the underlying projects. Kaisa’s ties with Citic Bank are not new – in 2015, Citic Bank had bailed out Kaisa from a critical situation. At that time, Citic Bank, a long term creditor of the Chinese developer, provided Kaisa with RMB 30bn ($4.5bn) of loans to restructure its debt, after it was blocked by the local government from selling its projects in the midst of anti-corruption probes. Separately, Kaisa is also seeking to accelerate its asset sales, worth RMB 81.8bn ($12.2bn), to raise capital for its outstanding liabilities of RMB 237.7bn ($35.5bn) and an unknown amount of off balance sheet liabilities.

Kaisa’s bonds are broadly trading ~0.5 points higher at around 13-14 cents to the dollar.

In related China real estate news, Shimao Group’s global creditors are organizing themselves following the developer’s non-payment on the principal and coupon on its $1bn 4.75% dollar bond due on Sunday. Caixin Global notes that Shimao is backing a holistic restructuring and talks are expected to take some time.