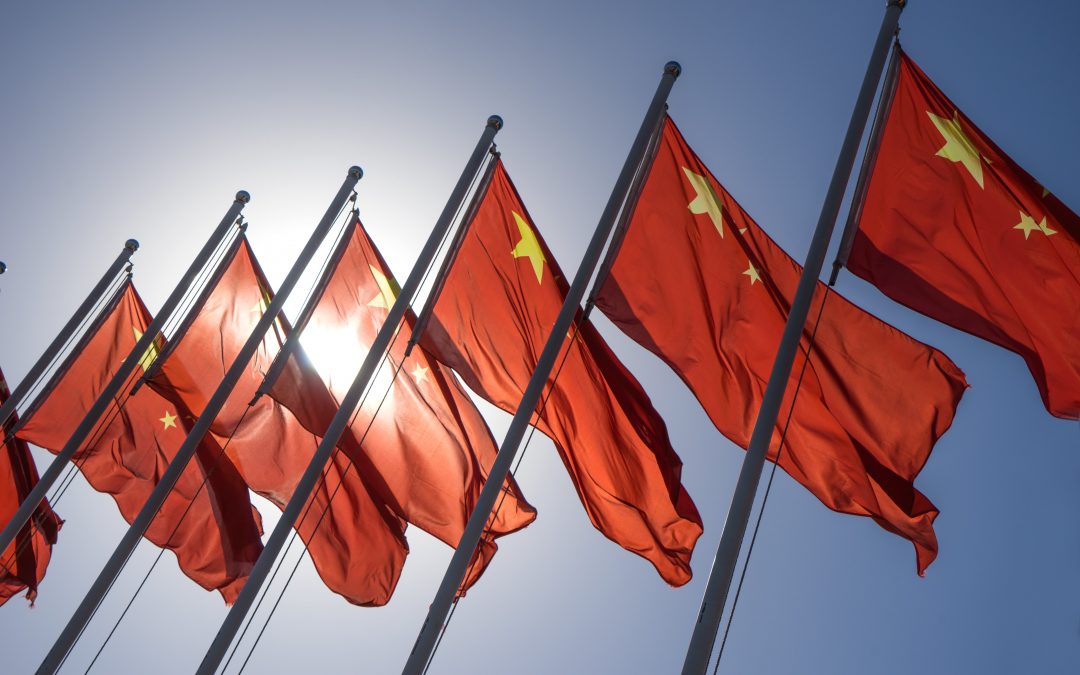 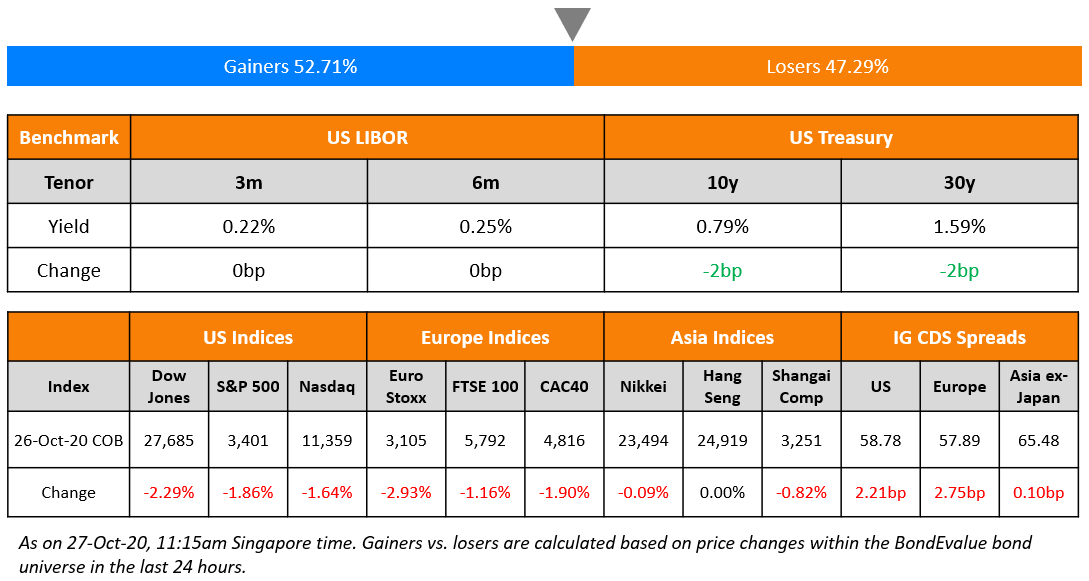 US equities fell with the S&P down 1.9% and Nasdaq lower by 1.6% – energy and industrial sectors fell the most, by 3.5% and 2.5% respectively. Increased Covid-19 cases and hopes of a stimulus falling saw the risk-off sentiment pick-up. US 10Y Treasury yields were down 1bp. Oil prices fell 3% with Libya set to bring production back to 1mn barrels per day. US IG CDS spreads were wider by 2bp while HY was flat. European equities were lower with the DAX down over 3% and CAC down 2% while European main and crossover CDS spreads widened 2bp and 11bp to 58bp and 341bp respectively. Asian equities are lower by ~0.5% while Asia ex Japan CDS spreads were flat. Two new dollar bonds launched in Asia this morning with nine new deals in the pipeline. Unigel Participacoes Outlook Revised To Stable From Negative By S&P On Likely Lower Leverage, ‘B+’ And ‘brAA’ Ratings Affirmed

China to Sanction Boeing, Lockheed and Raytheon on Arms Sales to Taiwan

China’s Foreign Ministry spokesman told reporters that the country will impose unspecified sanctions on Boeing’s defense unit, Lockheed Martin and Raytheon Technologies after the US State Department approved $1.8bn in arms sales to Taiwan last week  – this included 135 precision-guided cruise missiles, mobile light rocket launchers and air reconnaissance pods that can be attached to fighter jets. Recently, a top US official met senior government officials in Taiwan on talking about recognizing Taiwan as an open and democratic society and a long term partner and friend of the US amongst other factors.

The move was criticized by China, mentioning that it might strain their relations with the US given that China considers Taiwan to be a breakaway province of China rather than an independent sovereign. China was the first country to ground Boeing’s 737 fleet, which cascaded to the entire world grounding the fleet. The grounding of its 737 fleet and also the drop in the passenger traffic have hurt the top line of the company. The sanctions by China could exaggerate Boeing’s woes. Only recently did the 737s get approval to take to the skies. Boeing’s bonds moved slightly with the 3.5% bond due 2039 down 20 cents to 92.51, yielding 4.08%.

Huachen Automotive Group Holding, the state-backed parent of BMW’s Chinese joint-venture partner Brilliance Auto Group, has defaulted on a bond payment, said sources as per Nasdaq. Huachen was unable to repay a 5.3% CNY 1bn ($150mn) private placement corporate bond that matured last Friday. Sources mentioned that Huachen is backed by the Liaoning provincial government and thus the market would expect the dues to be met. Huachen said the company was “continuing to work hard to raise money” and was in discussions with investors, but did not say it had defaulted in a statement. The default comes a month after Reuters reported that Chinese state-backed investors led by the state-controlled Liaoning Provincial Transportation Investment Group are considering taking BMW’s joint-venture partner Brilliance China Automotive Holdings Ltd private. Brilliance Auto’s CNY 5.4% bonds due 2023 fell 9.5% to CNY 21 (notional amount CNY 100), according to Bloomberg data.

American International Group (AIG) announced corporate restructuring plans on Monday. It will separate its life insurance business from its larger property & casualty arm. This comes almost four years after AIG fought-off activist investors’ push to do just that. Group CEO Brian Duperreault said in a statement that AIG’s management and board “believe a simpler corporate structure will unlock significant value for shareholders”. The insurance major also announced that Peter Zaffino, head of its property and casualty insurance unit, will succeed Duperreault as group CEO while Duperreault will become executive chairman. AIG’s stock closed down 3.5% on Monday but traded higher by 6.6% in after hours trading. AIG’s 3.875% bonds due 2035 traded stable at 114.9 while its 5.75% bonds due 2048 traded at 111.5 on the secondary markets.

Dutch insurer Aegon plans to sell its Eastern European business through an auction process to improve its liquidity amid losses suffered post coronavirus. The business, which could be valued at ~€650mn (~$768mn) includes its Hungarian arm as well as its holdings in Poland, Romania and Turkey. Aegon is one of the leading providers of life insurance, pensions and asset management. Two-third of its business comes from the US, where it owns the Transamerica brand. Due to increased deaths and lower interest rates in the US, the company’s earnings had dropped by 30% for the first half of 2020. In Hungary, it holds the fifth position in the life insurance space. The possible suitors for the deal include the Dutch insurer NN Group, Belgium’s KBC and German rival Allianz. The insurer had sold its holding in the Czech Republic and Slovakia business to NN Group for €155 million (~$183mn) in 2018. 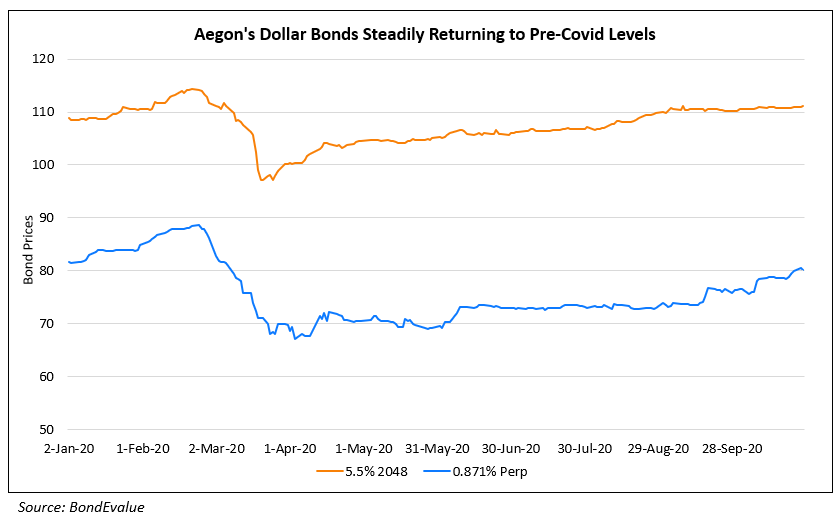 After seeing a plunge in prices in March, Aegon’s bonds prices have been steadily rising. Its 0.871% perpetuals have recovered to ~80 cents on the dollar in the secondary market, up from lows of ~67 in March. Its 5.5% bonds due 2048 were trading at 111 points, up from lows of 97 cents on the dollar in March. The bonds are still shy of the pre-Covid highs of ~88 and ~114 respectively.

Volume premium refers to the additional yield offered by issuers when they sell a larger size bond compared to what they would generally sell. Issuers that are looking to raise a larger than usual amount from a bond issuance have to pay-up in terms of yield offered to incentivize more investors to buy the bond at primary issuance so that they are able to raise the required amount.

On the possibility of farmouts, or joint ventures, with Pemex – Rocio Nahle, Mexican Energy Minister

“And if Pemex needs it and presents an adequate business plan we wouldn’t have a problem,” Nahle said. “I’m the president of the board of directors, and of course we would approve it for a feasible project.”

On the boost by EU Covid bonds helping Italy to stretch out maturity of its public debt – Davide Lacovoni, Italy head of public debt at Ministry of Economy and Finance

“We wanted to try to increase the average debt maturity at a time when we know there was a lot of pent-up demand,” Mr Iacovoni said. “The market for our bonds is improving because of this clear sign that the market can provide resources at a cheaper cost for member states,” Mr Iacovoni said.”

“We are in a situation where if rates go up it’s not necessarily because growth is getting better — it could be a worsening of credit perceptions,” said Mr Iacovoni. “That’s why it’s important to lengthen the average maturity.”

On BlackRock’s downgrade of US government debt over predictions of Democratic sweep – in a note by Mike Pyle, Scott Thiel, Beata Harasim, and Elga Bartsch, BlackRock strategists.

“This is why, tactically, we are downgrading nominal U.S. Treasuries and upgrading their inflation-linked peers,” said the strategists. “Such low rates reduce the asset class’s ability to act as ballast against equity market selloffs,” the strategists wrote.

“We prefer inflation-linked bonds as we see risks of higher inflation in the medium term,” they said. “On a tactical basis, we keep duration at neutral as unprecedented policy accommodation suppresses yields.”

“Generally speaking, issuers tend to offer additional coupons — a volume premium (Term of the day, explained above) — when they are selling bonds bigger than what they normally sell,” said Ikezaki. An increase in demand for corporate bonds after the Bank of Japan expanded its buying of such debt earlier this year may also encourage companies to sell more notes to pay for M&A, he said.

“Although the government’s liquidity measures helped some companies avoid default by enabling short-term refinancing, they did not significantly support long-dated onshore bond issuance,” explains Chung. “And this reliance on short-term funding paves the way for recurring refinancing needs, raising the default risk for financially weak companies.”

“As a rising power, China has very different objectives in Africa than the private bondholders,” said Davies. “I just can’t see how these interests can reconcile.”

“We and other bondholders have tried very hard to engage with China,” said Bane. “It would certainly be beneficial for everyone to have better lines of communication so that we can all collaborate to work toward solutions, rather than the current silence.”

Ye Yu, an associate research fellow at the Shanghai Institutes for International Studies

“High-level dialogue between the two could have provided a channel for China to communicate with private investors,” Ye said. “China feels that it’s contributing the most to the debt-relief initiative, but it’s still getting blamed for the debt problems abroad.”

“China has been used a lender of last resort by countries like Zambia,” said Erasmus. “It’s a delicate game of theory for borrowers because China is a creditor that could help out after the crisis even if you have a bad credit record.”

On the buy opportunity in emerging market debt in the event of contest US election result – Gustavo Medeiros, deputy head of research at Ashmore Group

“We’re returning to an environment where the dollar most likely over the next ten years is going to be for sale,” he said. “If that happens, you want to have more local. The place to add in EMD (emerging market debt) is in the local space.”

On Bank of China to expand headcount in the offshore bond business by 40% amid offshore deal surge – Hu Kun, Bank of China general manager of investment banking and asset management

“Our investment in human resources will be based on the rapid growth of the offshore bond market and BOC’s overall development layout,” Hu said. “It is a logical business development.”

“It is quite a natural choice for tech firms to pick international banks to arrange their bond deals, which sponsored their IPO (initial public offering) in the offshore market,” said Hu. “Indeed, as a Chinese bank, we are striving to get more deals from this sector.” 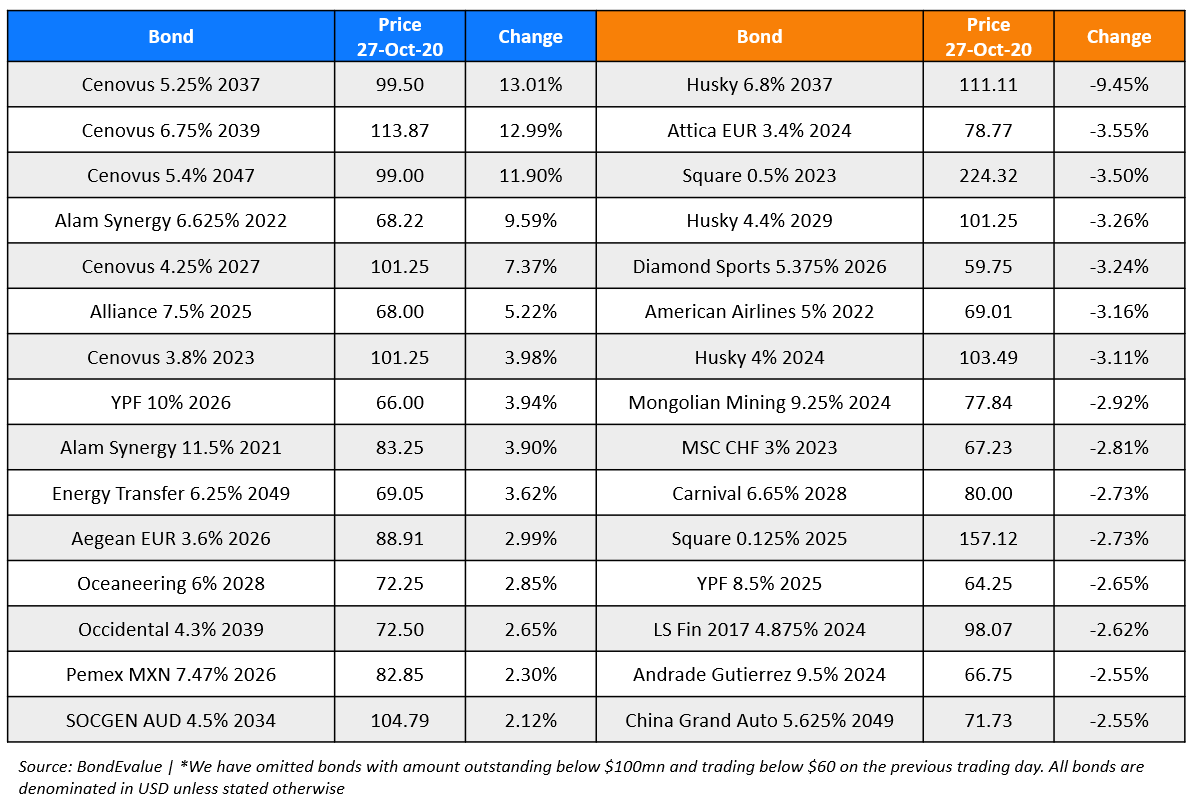