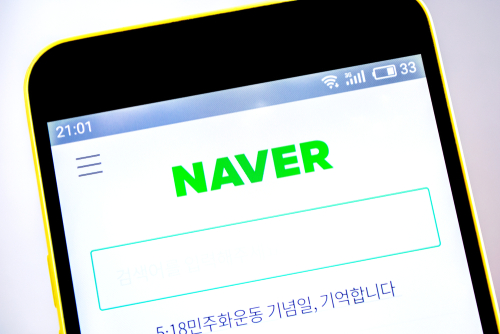 South Korea’s Naver Corporation, which runs an online search engine, plans to go global, looking at issuing more dollar denominated debt and a possible IPO listing in the US. Naver had issued its debut dollar bond of $500mn just last month and is now considering issuance of more ESG dollar bonds, proceeds of which are likely to be used to build an environmentally-friendly data center by 2022.
Naver currently gets 95% of its revenue domestically and holds a 65% share of South Korea’s search engine market. Last year, as a part of its expansion, it moved its unit Naver Webtoon’s headquarters to Los Angeles. This unit could consider listing in the US after gaining a strong foothold there. The company also made offshore investments in Spain’s virtual marketplace Wallapop and Canada’s Wattpad. The news comes within a month of another Korean firm, Coupang Inc’s US listing, which was the biggest by a Korean firm in more than a decade. Naver CFO Park Sang-jin told Bloomberg that the company could consider more leverage in the future. He said, “To grow, it’s inevitable that we go global,” and added that “We should find business opportunities and meet capable partners to supplement our assets.” As per Moody’s, Naver had reported revenues of KRW 5.3tn ($4.5bn) in 2020, of which around 53% came from the search platform. Moody’s and S&P had assigned the initial rating of A3 and A- respectively on March 17 based on its strong position in Korea before the issuance of its $500mn bond.
For the full story, click here