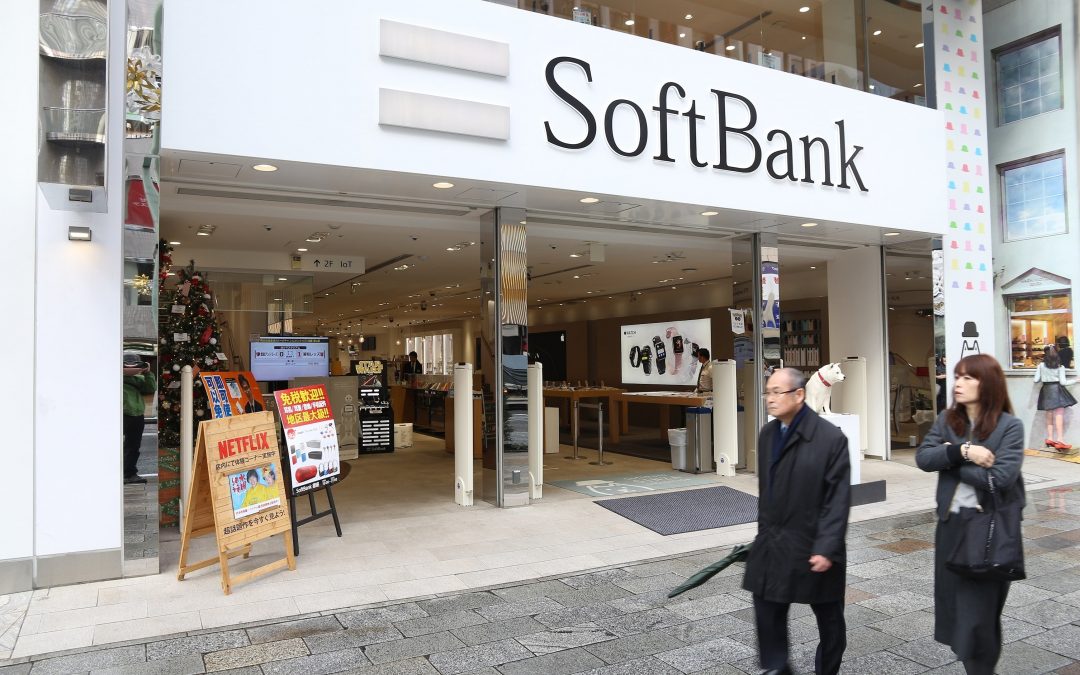 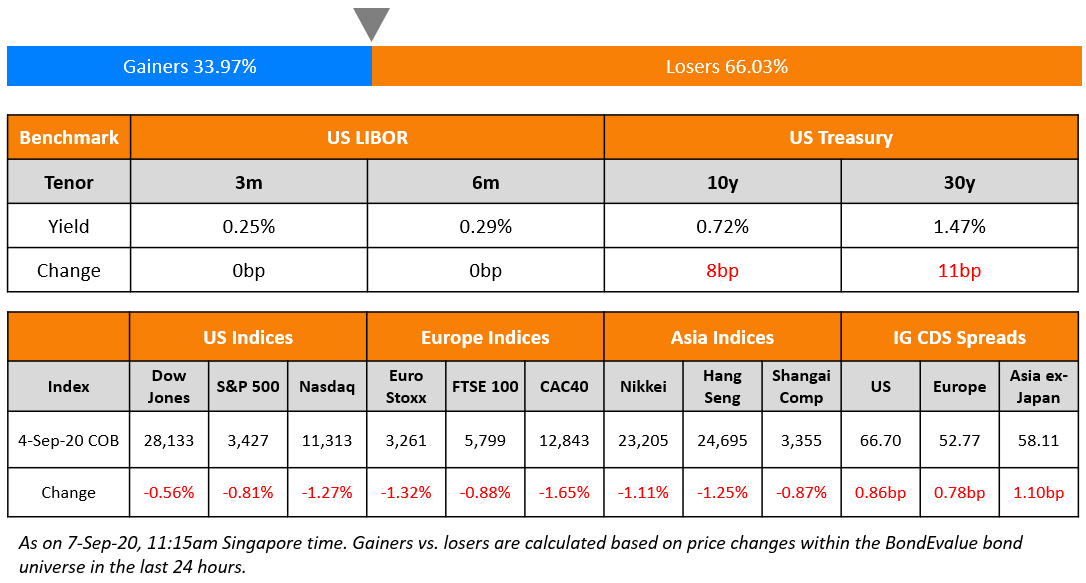 Friday saw a volatile session with major indices ending in the red after a mixed US Non Farm Payrolls number that came out at +1.371mn vs an expected +1.4mn. Unemployment rate dropped to 8.4% (vs 9.8% expected) from 10.2%. Large technology shares extended the Thursday move lower after profit taking and reports that prices had been inflated by aggressive option purchases by Softbank Group. European shares also fared badly with major indices lower around 0.8% and DAX underperforming with a 1.65% slide. Unlike a usual risk-off (Term of the day, explained below) scenario where US treasuries find a safe-have bid, this was not the case on Friday and long end yields were higher by 9-11bp. Investment Grade CDS spreads widened 1-3bp across the board. Asian markets are having a mixed opening with Japan unchanged, Taiwan and Korea up half a percent and China/Hong Kong down around 1%. 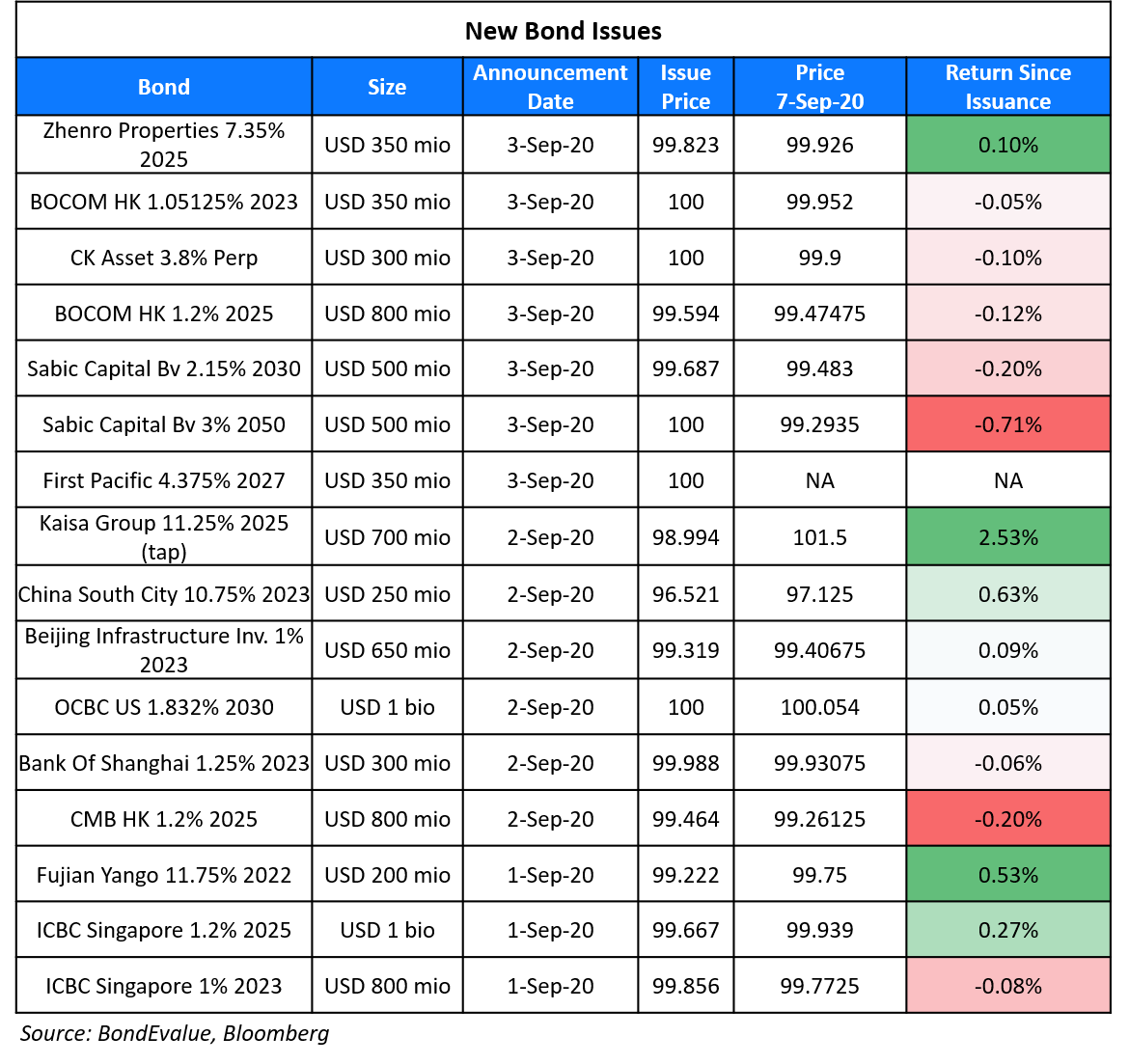 The FT labeled Softbank as the “Nasdaq Whale” after revelations of the Masayoshi Son-backed company betting big on US equities over the past few months. As per the FT, Softbank took a notional exposure of a massive ~$30bn via call options on US equities with a $4bn focus on individual US tech stocks. Softbank reportedly set up an asset management unit for public investments with funds contributed by its founder, Mr. Son. This explains, at least in part, the massive rally that investors have seen in US tech stocks over the past few weeks. The FT reported that Softbank is sitting on $4bn of unrealized gains from this rather aggressive bet. Softbank’s stockholders seem to have given a thumbs down to the change in strategy as Softbank’s stock fell over 6% this morning. Its stock had hit a 20-year high in July, extending into August, after the company sold stakes in Alibaba, T-Mobile US and its Japanese telecom business to fund share buybacks and pare down its debt. Softbank’s dollar bonds traded stable on the secondary markets, only slightly lower by ~0.25 points compared to last Friday’s close.

The UK is considering various options to rescue the beleaguered Tata Steel, which employs ~8,000 people in the UK after it held out against Tata Steel’s and JLR’s inclusion in Project Birch in August. The Treasury has hired Credit Suisse to help plan a rescue of the steel major that owns Port Talbot. The government has also roped in McKinsey to chalk out a blueprint for the future of UK’s steel industry.  Earlier in August, Chairman of Tata Sons had hinted that there was a need to thrash out a state support deal for the business or risk prospect of a sale.

Tata Steel has been pushing the government hard for some support especially since its top line has dropped after the onset of the pandemic. According to sector insiders, the steel giant’s request for a bailout was rejected as it was felt that the parent company would have written-off equivalent debts without committing its new capital. Another proposal of a joint venture between Tata Steel and German steelmaker Thyssenkrupp was also declined by the European Commission in June as the merger could have reduced competition, possibly leading to an increase in the steel prices.

Tata Steel Europe said: “We are in active discussions with the UK government on several options for the future of our UK operations, including potential co-operation and participation from the Government to create a sustainable decarbonised footprint for the future. Given prevailing market conditions and disruption caused by the Covid-19 pandemic, it is clear that our UK operations face structural challenges that need to be urgently addressed. Discussions with the government are constructive and ongoing, and at this stage no decisions have been made.”

Mexico’s Petroleos Mexicanos or Pemex is likely to cut its crude production target for 2021 as the country is in the process of finalizing its budget proposal for next year. According to the Finance Minister Arturo Herrera, oil exports will be budgeted at ~$40/barrel, which is ~22% lower than in 2020. The decision to lower crude production comes at a time when the company failed to achieve its current year targets as it could manage to produce an average of only ~1.69mn barrels against a target production of ~1.83mn barrels. The lower oil prices and the reduced production have led to a loss of 56% of oil revenues. The drop in the targets is bad news for the oil producer who had been struggling to reverse 15 years of oil output decline and reduce a debt of $107bn even before the pandemic and the plunge in oil prices. Budget Committee Chair Erasmo said that the budget will be “the most complex of the last nearly 100 years in the modern history of our country, due to a factor that we all know: the pandemic,” adding that the government will probably boost spending on health care faster than on Pemex. On the taxes to cover the fiscal deficit, he said, “We don’t have a new tax planned. There’s no initiative to increase existing ones”. 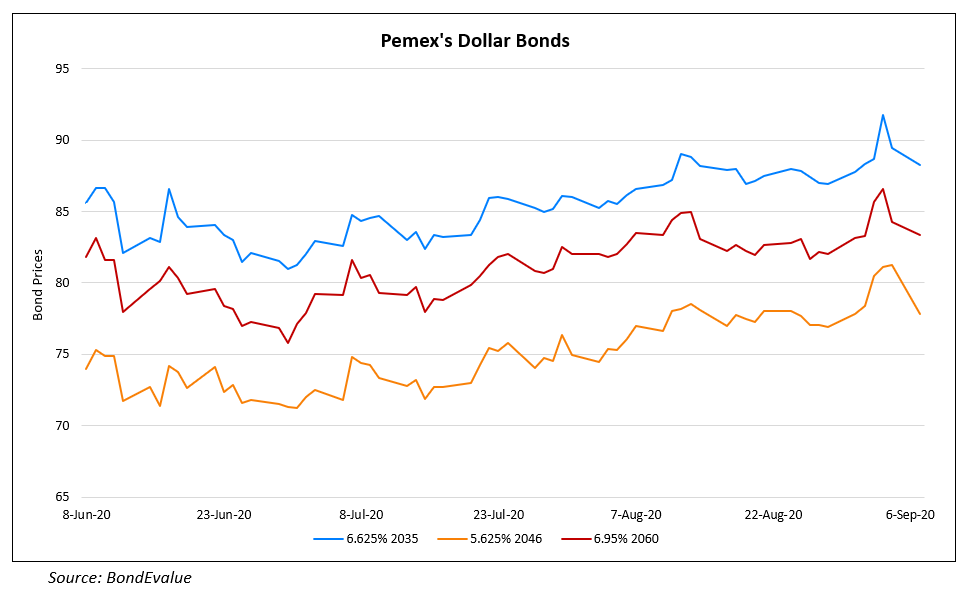 In related news, a top ruling party senator Armando Guadiana has proposed a bill aimed at “reinforcing” the constitutional role of state-oil firm Pemex. Although the bill does not have backing of his party, it is indicative of the sentiment of some of the lawmakers in the party.

Risk-off is an indication of global market sentiment wherein investors switch out from risky assets (i.e. risk-off) into safer assets on the back of increased uncertainty. This can be due to geopolitical risk, poor economic data or a crisis. The most noteworthy risk-off event this year was in late March, when fears about the coronavirus pandemic pushed financial markets lower across the board. Most typically, during a risk-off environment, US Treasuries and gold tend to perform better as they are considered safe haven assets.

On the other hand, risk-on indicates positive investor sentiment wherein investors switch into risky assets (i.e. risk-on) from safer assets on improved prospects of economic growth. This can be due to improved political environment, strong economic data, strong corporate earnings, or a recovery from a crisis. The period between late-March till last Wednesday can be classified as a risk-on environment as equities have been on an upward climb along with high-yield bonds.

On Argentina to reduce bond yields before it can return to international capital markets – Martin Guzman, Argentina Economy Minister

“We need to work on consistent macroeconomic management to decrease the yield to levels that we consider acceptable. And again, that will take time,” Guzman said. “The government will not need to access the international market for a while.”

“I consider it quite likely that additional monetary easing will be appropriate in order to achieve a sustained return of inflation to the 2% target,” Saunders said. “It is possible that, both in the UK and globally, we will be living with COVID for much if not all of the three-year forecast period,” he said.

On the Fed ramping up purchase of corporate bonds if stocks and corporate debt markets weaken further – in a report by Daniel Sorid and James Keefe, Citigroup analysts

“Investors will be watching the Fed’s response to Thursday’s sharp sell-off in risk assets; the Fed could decide to marginally ramp up purchases in the days ahead to reassure the market,” analysts Daniel Sorid and James Keefe said.

“If the market’s risk-off move continues into and beyond Labor Day weekend, and the Fed reaction function is consistent with its June behavior, we could potentially see average daily purchases return to (around) $100 million a day.”

“While these numbers are solid, this jobs report still doesn’t have much weight for me – we can’t really put blinders on to the fact that as long as the virus continues to spread without an effective treatment, the economy will continue to struggle.”

“Bonds really had the move. The bond market is telling us they really liked the report overall. It is a pretty healthy addition of jobs. Although it is great progress, but then you see something like leisure and hospitality is down 2.5 million jobs since February. Professional and business services still down 1.5 million, retail trade down 655,000. So yes it is great progress but it also shows we still have a long way to go.”

On the possibility of China dumping its US Treasury holdings – Xi Junyang, a professor at the Shanghai University of Finance and Economics

“China will gradually decrease its holdings of U.S. debt to about $800 billion under normal circumstances,” Xi said. “But of course, China might sell all of its U.S. bonds in an extreme case, like a military conflict.” 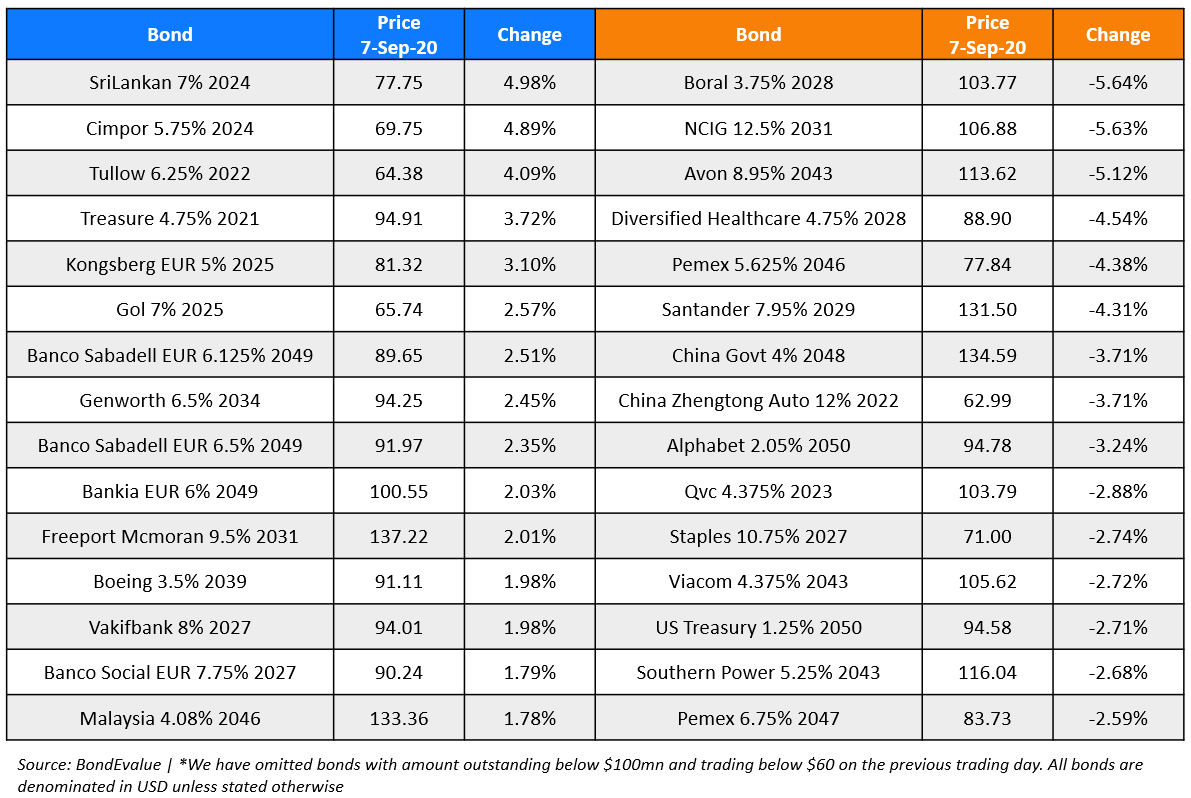