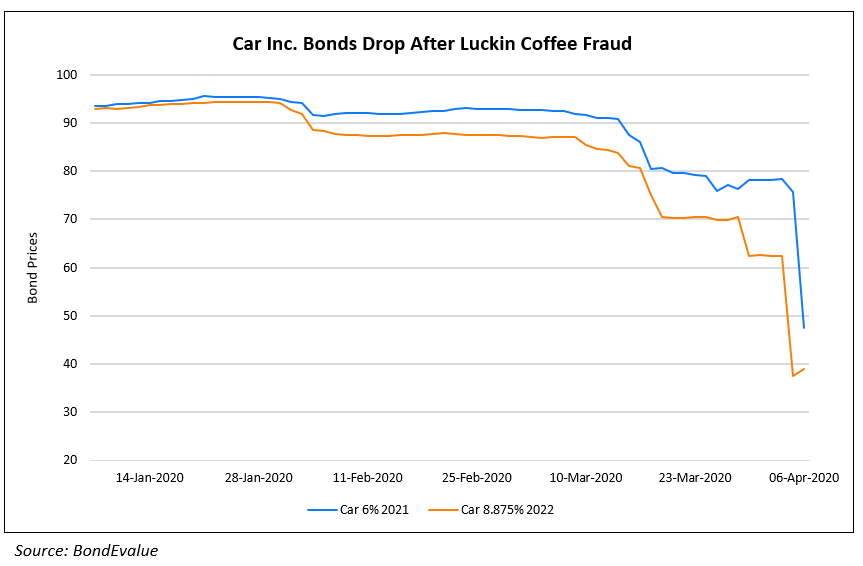 Friday’s Non-Farm Payrolls number from the US showed a drop of 701,000 against the consensus of a 100,000 drop, surprising markets a bit and causing stocks to end lower on the last day of the week. Friday’s number lags actual conditions and the April number that comes out next month should show the full extent of the job conditions. US Treasuries shrugged off the NFP number moving only 1bp lower since so much negative data would have already been priced in. DJIA, S&P and Nasdaq declined by 1.69%, 1.50% and 1.53% respectively on Friday with energy stocks giving up a lot of the gains made the previous day as hopes of a deal between Russia and Saudi Arabia shrank. Oil prices fell 12% as markets re-opened on Sunday after Saudi Arabia and Russia cast doubts that they could reach a deal to cut supply. The biggest oil names have raised more than $32bn in debt in recent weeks to manage the financial fallout from the virus and the lower oil price. Over the weekend, sentiment is up as some European countries saw a decline in the daily number of deaths due to the virus. Markets are opening with a risk-on sentiment with US index futures up 1%-2% this morning and Asian indices also up around 2%. 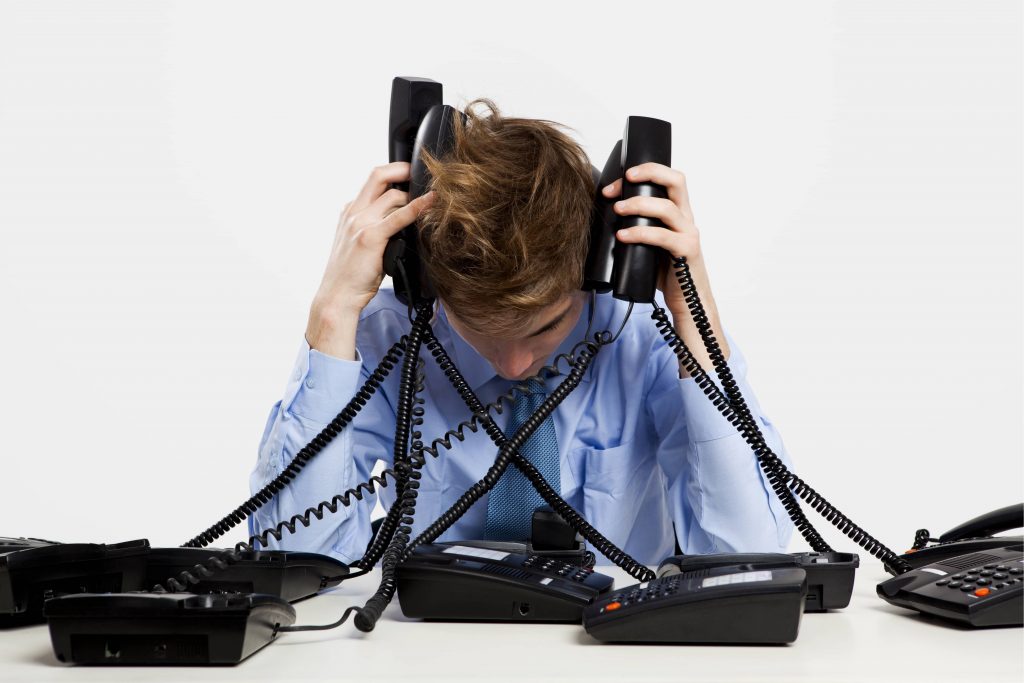 Let’s just say it – bond markets are weird! Everyone involved knows it. In good times, its time-honoured rules, traditions and structure work reasonably well. They work exceptionally well for its middlemen and don’t serve the remaining members of the “exclusive” club too badly.

The month of March saw credit rating agencies pushing the fastest pace of rating downgrades since 2002, according to a report by Bank of America. Around 80% of S&P’s rating actions since February, which is around 213 downgrades out of 4,000 rated non-financial companies, have been on issuers who were already in “junk” territory before the virus crisis. Nevertheless, critics see this as déjà vu of the 2008 crisis when ratings that were set too high came tumbling down, particularly in the market for securitised products. “We are really just trying to call it as we see it, being balanced, but also acknowledging that this is a very big stress that the economy is facing,” said Craig Parmelee, global head of practices at S&P. Also coming to the spotlight, is the structure of the rating agencies’ business model. Issuers generally pay to be rated, this can cause conflicts and can sometimes cause issuers who receive downgrades to behave as aggrieved customers rather than subjects of unbiased assessments. This was the case last month with SoftBank as we saw.

Matt Levine of Bloomberg Opinion wrote on April 4 about the conflict of interest for rating agencies. He discusses how rating agencies choose intellectual honesty over being corprate shills, as they rush to downgrade paying customers as economic conditions change. “There is some constraint on ratings agencies—perhaps a deep personal commitment to ratings accuracy, or perhaps a market-driven need for credibility with investors—that limits their ability to inflate ratings to win business, even when inflating ratings would be understandable and forgivable and possibly even good for the world.”, he writes.

Fitch Ratings announced a downgrade of Future Retail’s Long-Term Issuer Default Rating to B-(EXP) from BB(EXP) and the expected rating on its $500mn 5.6% senior secured notes due in 2025 to B-(EXP) from BB(EXP). The expected ratings is due to pending restructuring, where Future Retail Ltd will buy in-store infrastructure assets it currently leases from Future Enterprises Ltd. “We will look to convert the expected ratings to final once the transaction is completed and the cross-guarantee is removed, ensuring that the final terms and conditions of the notes conform to our understanding,” Fitch said.

Luckin Coffee, China’s response to Starbucks, apologized on Sunday and pledged to strengthen controls after an internal investigation revealed hundreds of million of dollars of alleged fake sales last year. The market capital of the company took a 75% hit and law firms in the US have started recruiting investors with losses to join the class-action suits against the company. Lu Zhengyao, the company’s chairman is also the chairman of Hong Kong listed Car Inc., China’s largest car-rental company, whose stock also took a 54% hit. Investors are concerned about the credibility of the financial reports of Car Inc. since the issue of Luckin Coffee came to light.

Near Record $69bn in Q2 Debt Refinancing For Asian Firms

The level of US dollar corporate debt due to mature in Q2 2020, including China and Japan is the second-highest on record at $69bn after last year’s number of $71.4bn. Leading contenders include China’s largest state-owned enterprises like Sinopec Group and power utility State Grid. Sinopec has a 5-year bond worth $2.48bn maturing in April and State Grid has a 3-year bond of $898.5mn maturing around the same time. Australia’s Westpac and NAB also have a combined $3.14bn due to mature in the next few months. Refinitiv data shows a record $220bn raised in US corporate credit in the past fortnight compared to only $2.57bn raised in Asia during the same time. The confidence in the US market is likely due to the support these markets are getting from the Fed. 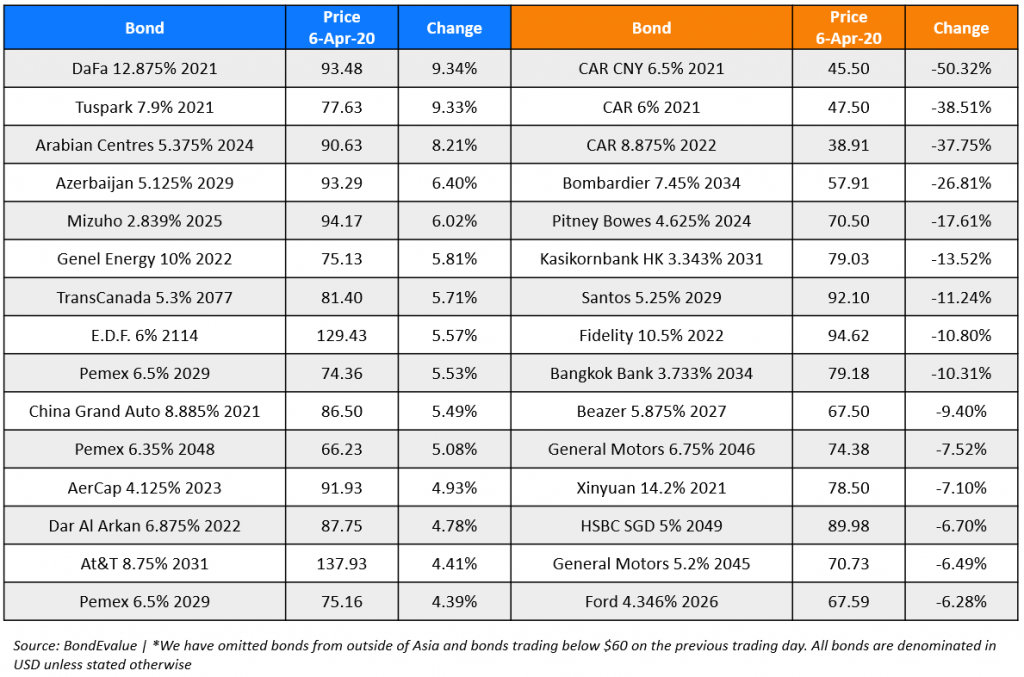