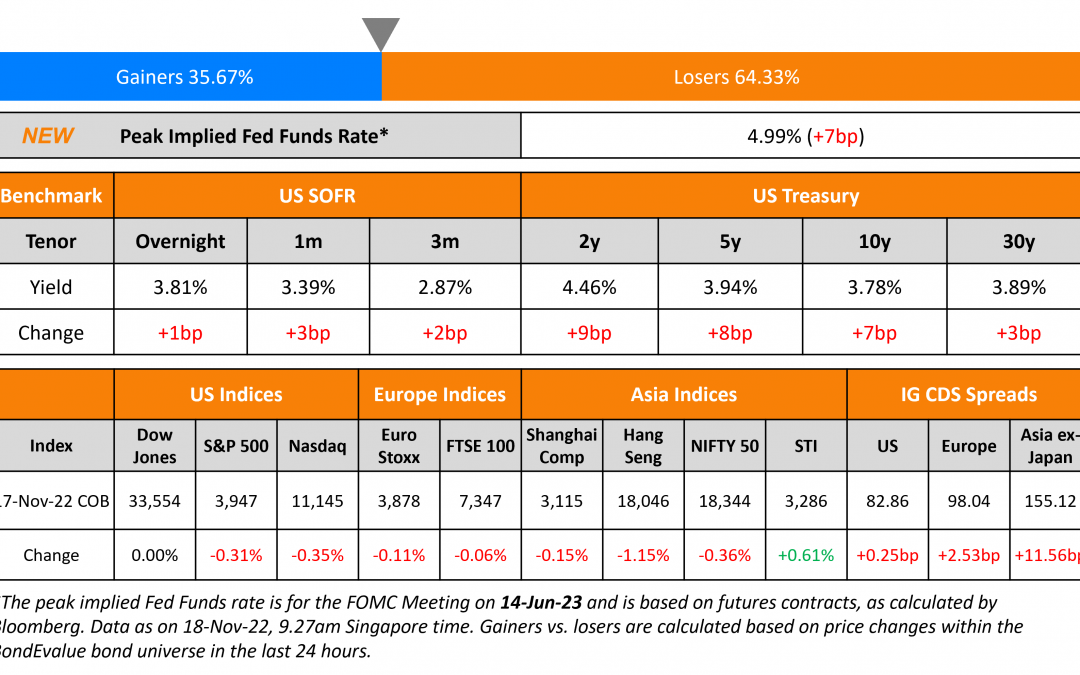 US 2Y and 5Y Treasury yields moved 8-9bp higher after the St. Louis Fed President James Bullard said that the policy rate needs to rise to at least 5.00-5.25% from the current level to be “sufficiently restrictive”. He added that even a “dovish” Fed would require further rate increases. The peak Fed Funds rate subsequently rose by 7bp to 4.99% for the May 2023 meeting. Probabilities of a 50bp hike at the FOMC’s December meeting continue to stay above 80%. US IG CDS spreads widened 0.3bp and HY spreads saw a 1.5bp widening. US equity markets moved lower with the S&P and Nasdaq down 0.3% and 0.4% respectively.

Banque Saudi Fransi raised $700mn via a 5Y bond at a yield of 5.576%, 25bp inside initial guidance of T+195bp area. The bonds have expected ratings of A2/BBB+. Proceeds will be used for general corporate purposes.

DoubleDragon Corporation raised $30mm via a tap of its 7.25% 2025s at a yield of 7.25%, in-line with initial guidance. The senior unsecured bonds are unrated. Proceeds will be used for the development of Hotel 101-Niseko and general corporate purposes.

Mashreqbank raised $500mn via a 10.25NC5.25 bond at a yield of 7.95%, 30bp inside the initial guidance of 8.25% area. The senior unsecured bonds have expected ratings of BBB+. Proceeds will be used for general corporate purposes and to strengthen the issuer’s capital base.

Pull-to-par refers to a characteristic of a bond’s price, where it approaches the par value (generally 100 or 1,000) as the maturity nears since bonds generally redeem at par. Bonds that trade below par, or at a discount would see their prices move higher towards par while bonds that trade at a premium would see prices move lower to approach par.

A senior portfolio manager at AXA Investment Managers notes that the pull-to-par effect on short-dated UK bonds should significantly benefit their performance as 40% of their portfolio will mature over the next two years.

“This breathes a bit of life into the 60/40 portfolio which so many thought was extinct. While it’s the worst year for 60/40 since 2008, it’s important to use this opportunity to rebuild portfolios. This is rightly a year to be in the bunker. But if you stay in the bunker too long, you miss when the dust settles… With higher yields, bonds are once again a plausible source of income and a potential safe haven…. combination of higher yields and lower equity multiples means that markets today offer the best potential long-term returns in more than a decade”

“Now our time is coming back… A year ago the outlook was considered flawless and I think we’re going to reach a point where they consider it hopeless… And that’s when you get the big buys. That’s when you get to be a buyer of assets cheap and a maker of loans at high yields with safety… We’ll be looking among the ruins for great bargains.” 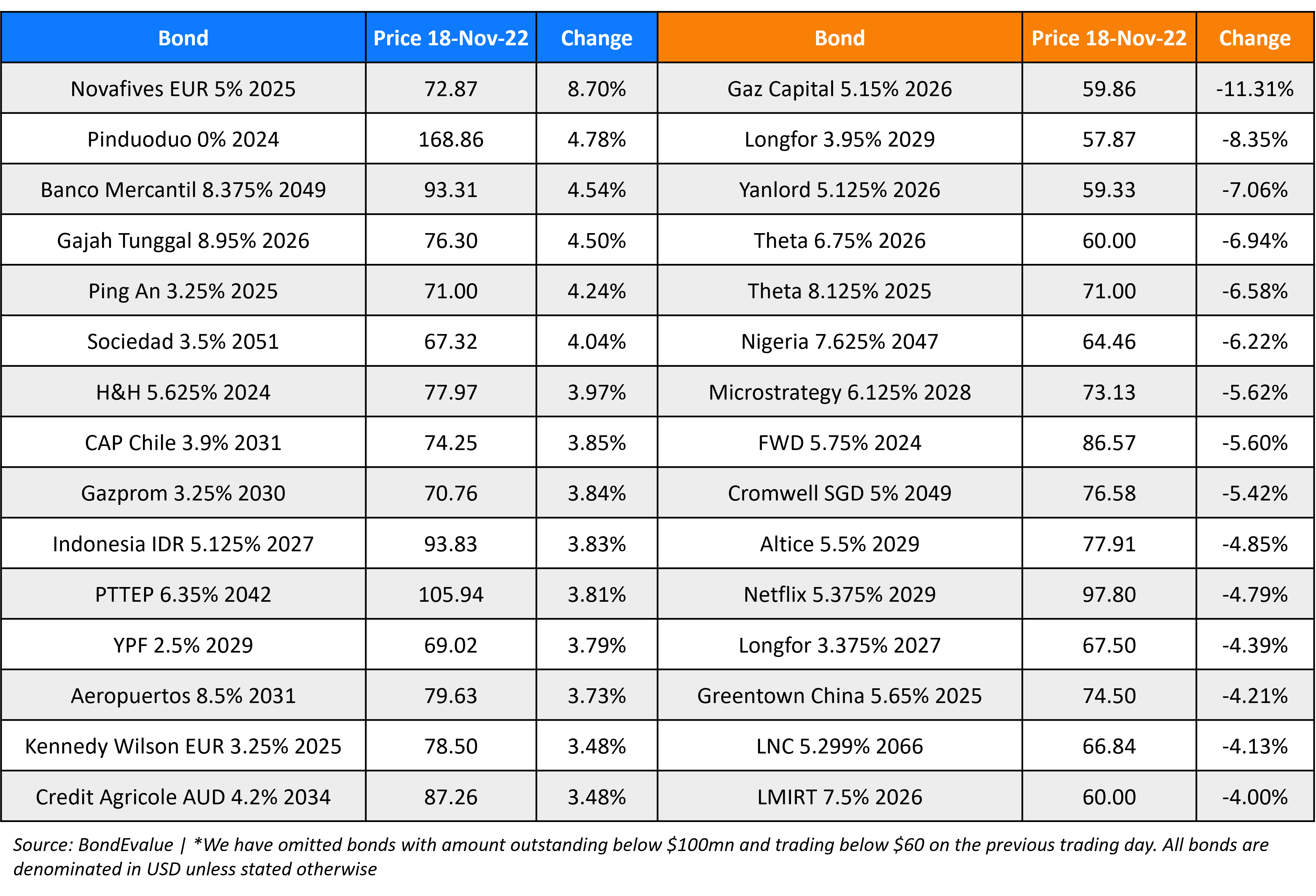