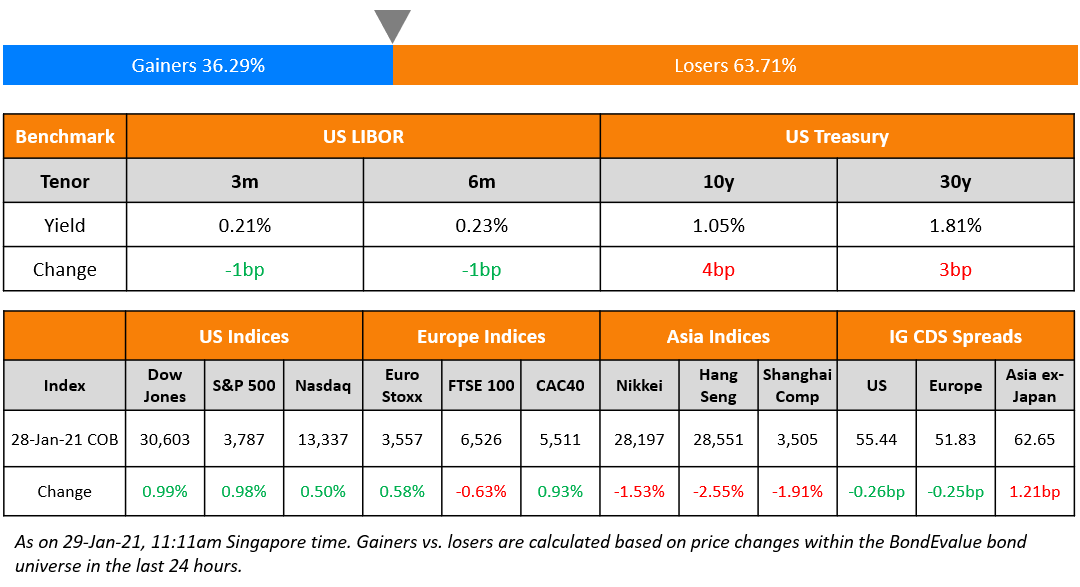 Sign up for the upcoming sessions on Understanding New Bond Issues & Credit Ratings on Tuesday, February 2 and Using Excel to Understand Bond Calculations on Wednesday, February 3. This session is part of the Bond Traders’ Masterclass across four sessions specially curated for private bond investors and wealth managers to develop a strong fundamental understanding of bonds. The sessions will be conducted by debt capital market bankers with over 40 years of collective experience at premier global banks. Click on the image below to register.

BOC HK Branch raised $500mn via a 3Y Yulan bond at a yield of 0.859%, or T+67bp, 43bp inside initial guidance of T+110bp area; The bonds have expected ratings of A1/A/A, and received orders over $2bn, 4x issue size. Proceeds will be used for general corporate purposes.

Zhejiang Xinchang Investment raised $300mn via a 3Y bond at a yield of 3.9%, unchanged from initial guidance. The bonds were unrated and proceeds will be used for debt refinancing and project construction purposes. The issuer is a local government financing vehicle of Xinchang County in China’s Zhejiang province. Activities involve land development, public infrastructure construction, water supply and sewage treatment, and trading.

Fujian Zhanglong Group raised $100m via a tap of its 3.45% 2023s at a yield of 3.25%, 40bp inside initial guidance of 3.65% area. The bonds have expected ratings of BBB-, and received orders over $480mn, 4.8x issue size. Proceeds will be used for general corporate purposes and offshore debt refinancing.

“Worry about the Fed tapering its stimulus is premature right now, as the slow COVID-19 vaccine rollout will likely delay any kind of Fed stimulus withdrawal until well into 2022,” said Booth. “The bond market remains unconvinced of the Fed’s commitment to low rates and stimulus, given the volatility in Treasury yields over the past month,” Booth said.

According to ING analysts

“The market impact of that figure rising into positive territory again should be muted as even the ECB has already flagged it as being mainly mechanical (due to a VAT hike),” ING analysts said.

“The moves seem contained … suggesting that markets are increasingly looking through such verbal interventions given the lack of tangible follow-up in the past,” Leister said.

“After a sharp repricing of risk in March, many investors foresaw that markets would eventually return to ‘normal’—the surprise was in how quickly that return came,” the report said. “The goal isn’t typically to generate 100% of the desired cash flow through current yield; the point is to generate a total return sufficient to cover the projected outflows with minimal volatility along the way.”

“Short duration products in this sense are a relatively expensive hedge against an extremely unlikely event,” Manulife said. “Looking out over the next year, we see an investment environment in which active managers will have a chance to earn their pay,” the report said. “None of the drivers of passive returns—clipping coupons, or tightening spreads, or falling rates—will likely be meaningful drivers of performance in 2021.”

On cashing out weeks after buyout in junk frenzy

“It’s a case of fear of missing out,” said Freund. “The economic outlook has not dramatically changed, but market yields are lower, investors look ahead to the new year with more optimism and new mandates. It all leads to higher risk tolerances.”

“Investors have become less emotional about dividend deals,” said McAuley. They can either buy debt of a “company with a solvency issue, or manufacture that excess yield by doing a dividend.” 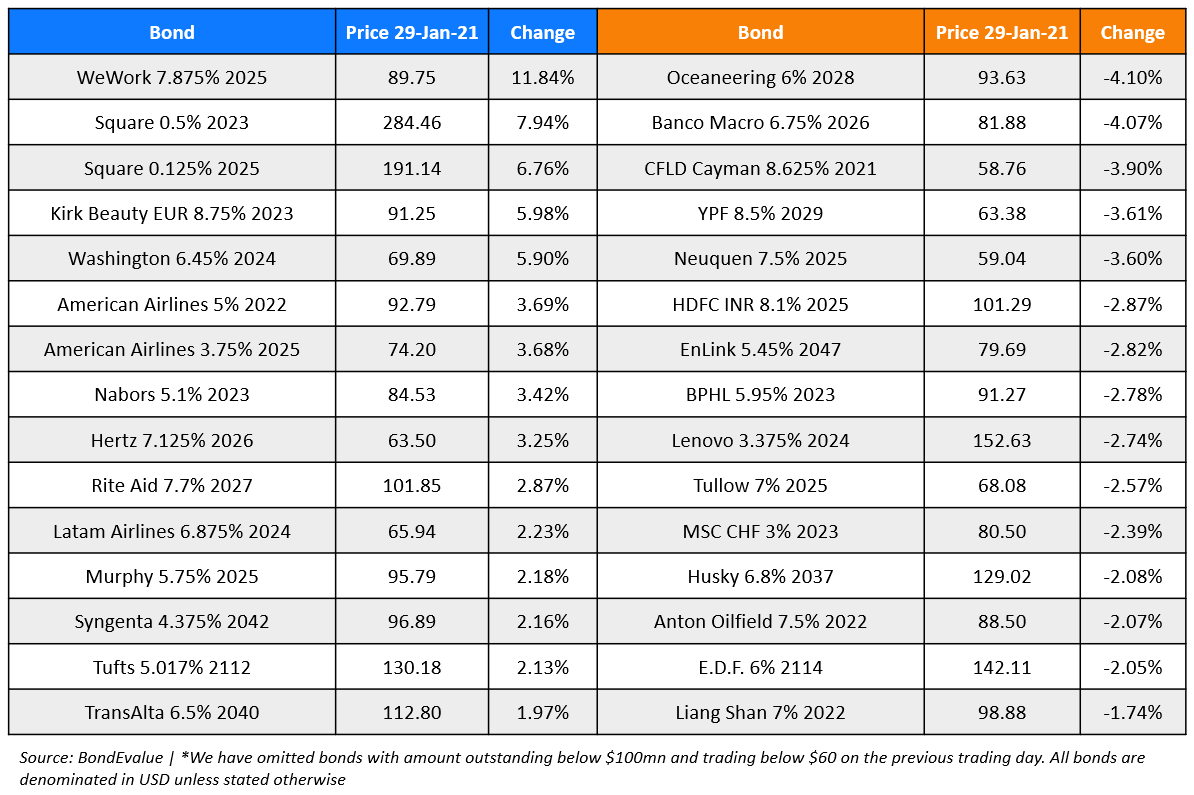