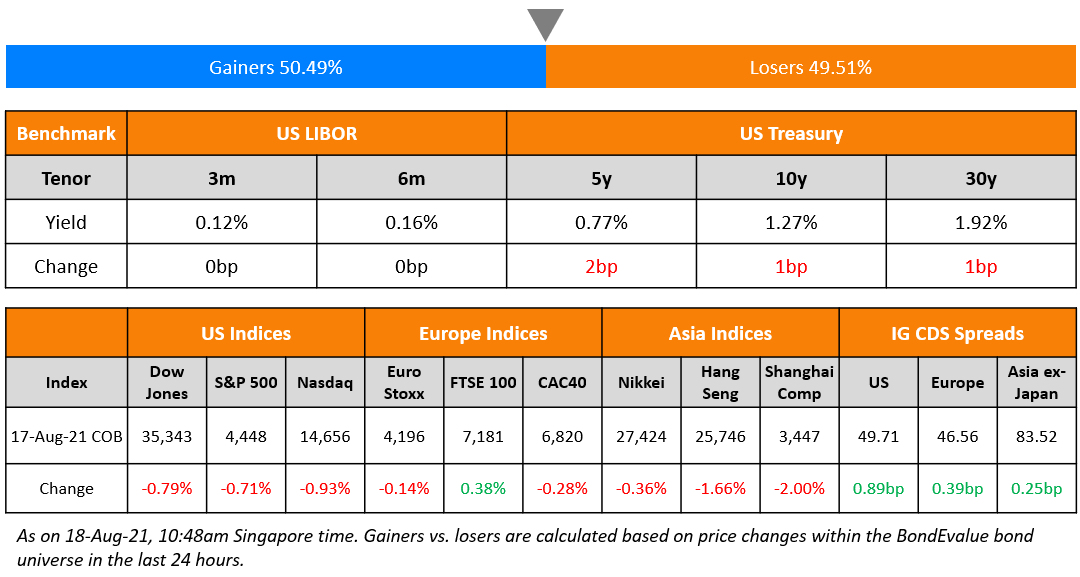 US markets witnessed a sell-off on Tuesday as July retail sales declined – Nasdaq and S&P were down 0.9% and 0.7% respectively. Consumer Discretionary, down 2.3% was the worst hit, followed by Materials, Industrials, Communication Services, Energy, IT and Financials, all down more than 0.8% while Healthcare, up 1.1% outperformed. European markets were mixed  – FTSE ended 0.4% higher while CAC ended 0.3% lower and DAX was broadly flat. Saudi’s TASI and UAE’s ADX closed higher by 0.6% and 0.9% respectively. Brazil’s Bovespa, down 1.1% continued its downward rally. APAC stocks had a positive start – Singapore’s STI, Nikkei, HSI and Shanghai were up 0.9%, 0.7%, 0.4% and 0.2% respectively even as Chinese regulators issued draft anti-monopoly rules. US 10Y Treasury yields widened 1bp to 1.27%. US IG and HY CDS spreads widened 0.9bp and 6.4bp. EU Main and Crossover CDS spreads widened 0.4bp and 2.2bp respectively. Asia ex-Japan CDS spreads were 0.3bp tighter.

In the US, retail sales in July dropped 1.1% vs. expectations of a 0.3% drop pulling the market sentiment down, with the decline led by automobiles. Sales declined 0.4% excluding automobiles.

If you are a finance professional or investor who would like to learn about bonds from senior bankers, sign up for our upcoming course with Singapore Management University on 26-27 August. 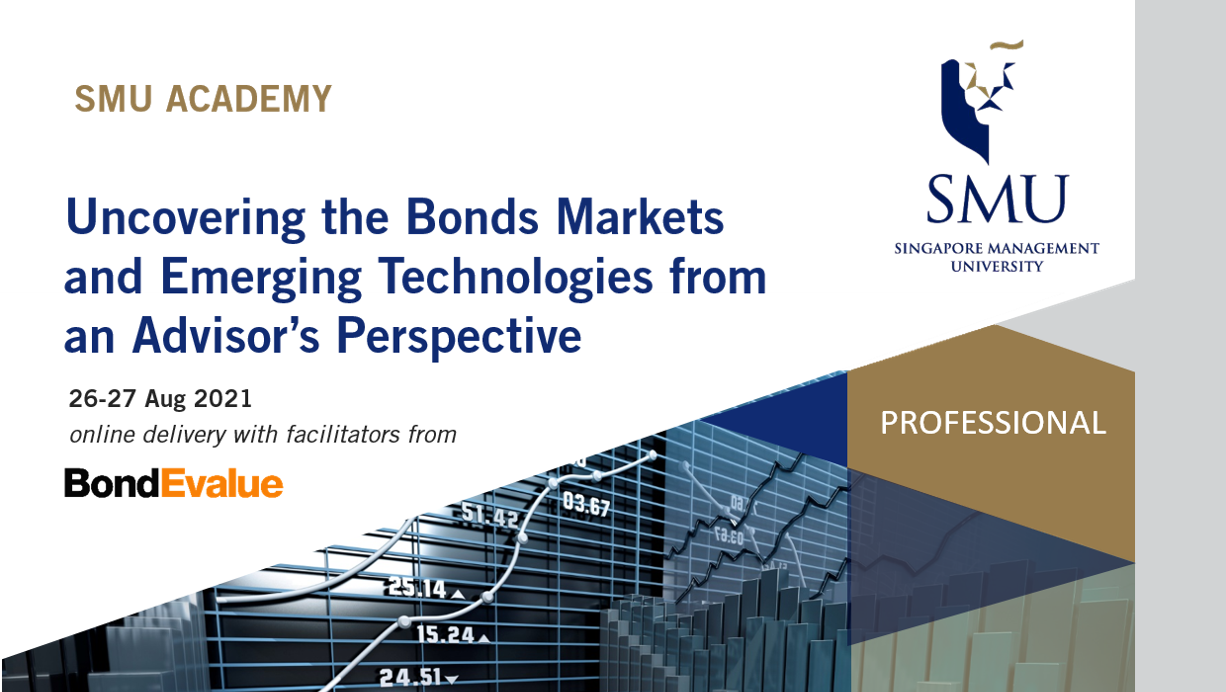 The course is designed for private bankers, relationship managers and advisors, and covers both theoretic concepts as well as real-world examples. SkillsFuture Singapore Funding is available for Singaporeans and PRs. Click on the link below to sign up. 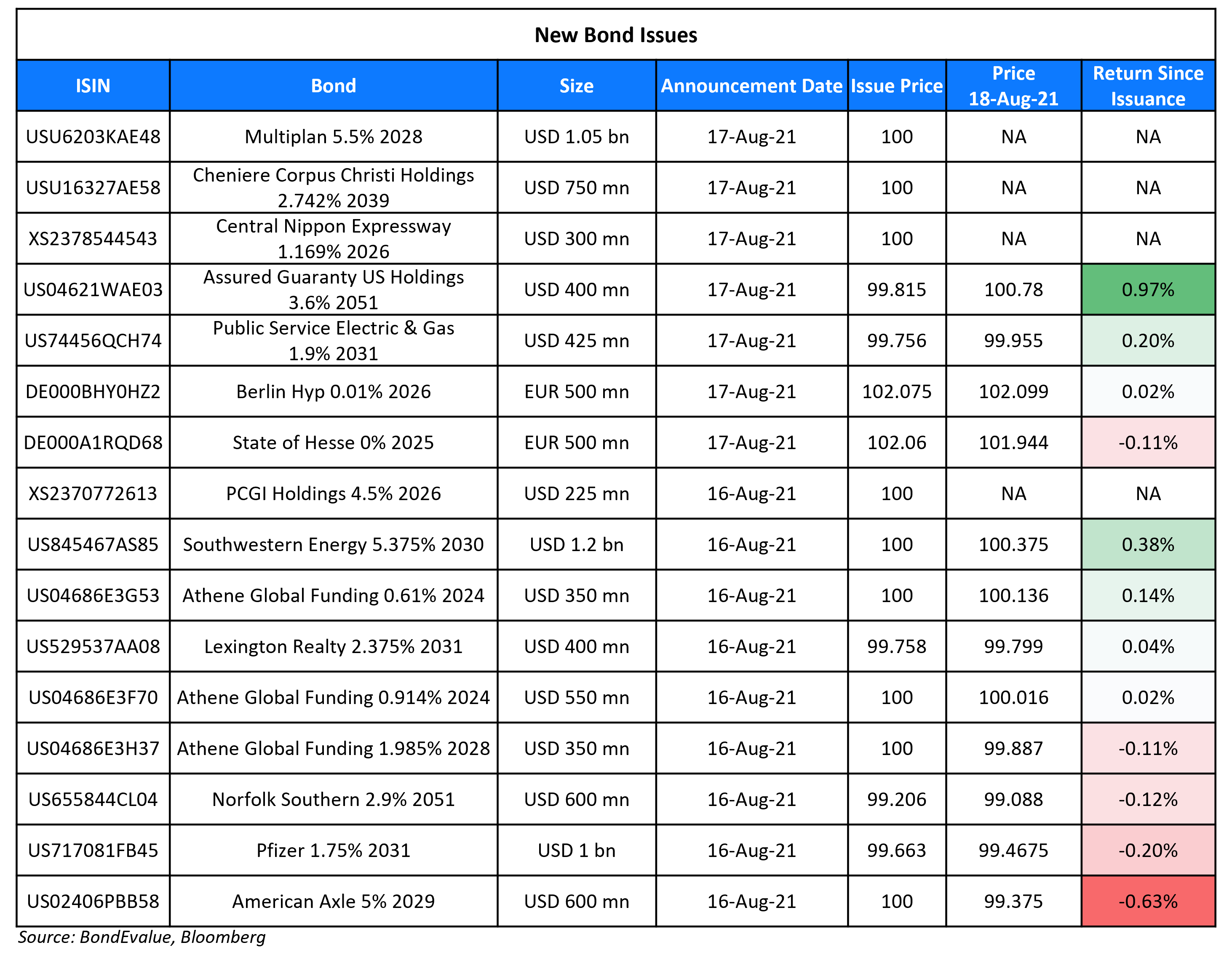 On the view that investors should lift allocations to China’s markets –  Wei Li, chief investment strategist at the BlackRock Investment Institute
“China is under-represented in global investors’ portfolios but also, in our view, in global benchmarks.” “It has the second-largest equity market, the second-largest bond market. It should be represented more in portfolios.” “The starting point is so low. The direction of travel for China to be represented in global benchmarks is clear.” “The spheres of influence between the two superpowers are moving apart. In the near term that can lead to market volatility. In the longer term, if you want to get China you have to go to China.” “Think of this journey as one step forward, half a step back.” “It’s not about eliminating the risks, it’s about are you being rewarded for the risks? We believe we are being compensated.”
On the foreign outflows for most Asian bonds in July due to virus worries
Duncan Tan, a strategist at DBS Bank
“Global investors are likely cautious around upcoming Fed taper and the prospects of weaker Asian currencies. Current wave of virus resurgences across Asia and the resultant downside risks to regional growth are also weighing on investor sentiments.”
Khoon Goh, head of Asian research at ANZ
“Asia’s resurgent virus situation, especially among ASEAN economies, has prompted us to downgrade our 2021 growth and FX outlooks for the region.” “It has also triggered portfolio outflows, which will only ease and reverse when the current pandemic wave has meaningfully ebbed and growth recovery resumes,” he said.
On the expectation that bond yields will rise again – Scott Peng, founder and chief investment officer of New York investment manager Advocate Capital Management
“While economic data still pointed to growth, second-quarter economic growth was a bit more uneven than the torrid pace of the first,” said Peng. “After a correction to reset the supply-demand balance, the long-term trend reemerges. We might be at that critical juncture between the correction and the reassertion of the long-term trend in the rising rate saga,” he said.

“Investors should make sure it is not just chatter about the taper that they pay attention to.” “Rising economic inequality matters to bonds because it is one of the longer-run structural drivers that has contributed to rates being so low.” 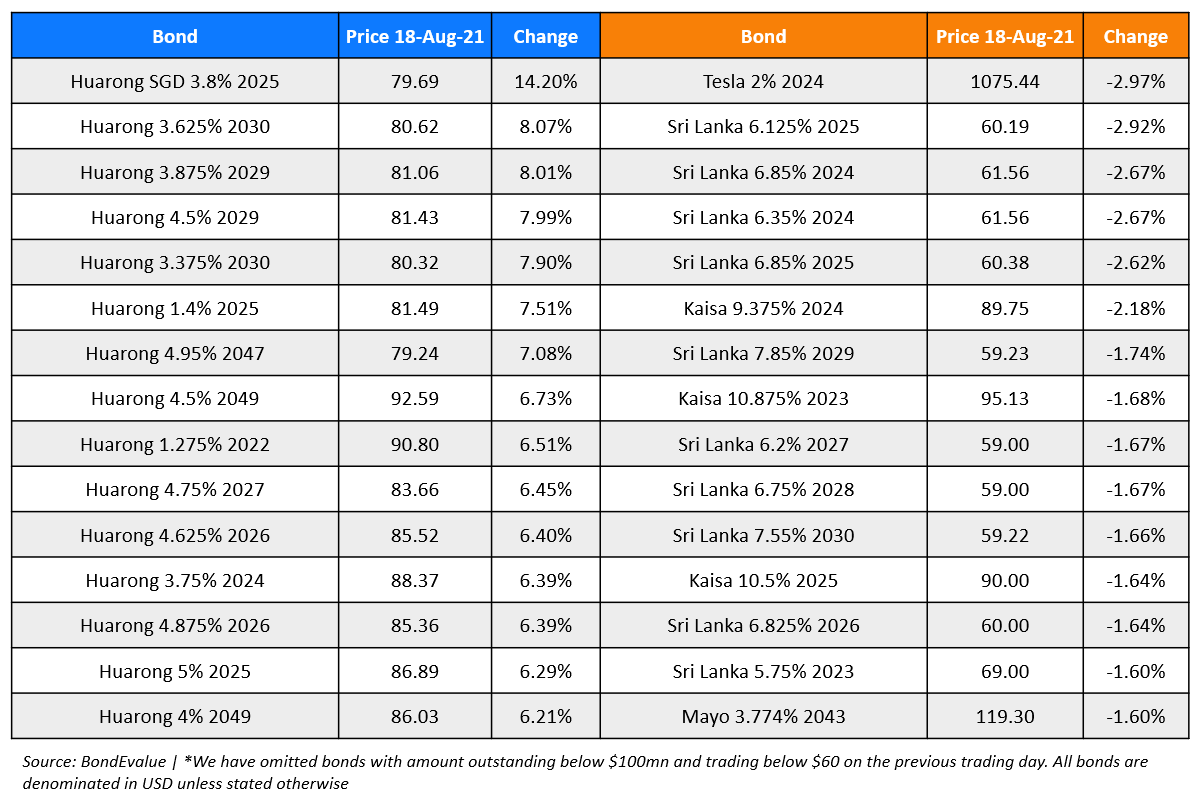