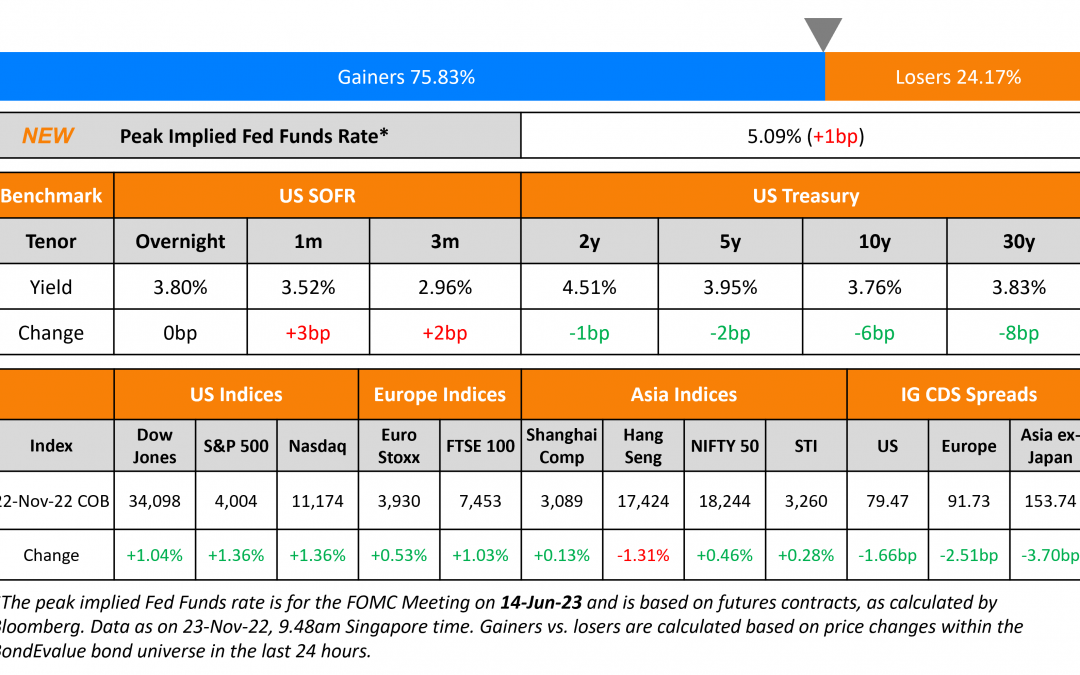 US Treasury yields moved lower with the curve bull flattening led by the 30Y and 10Y, down 8bp and 6bp respectively. The peak Fed Funds rate was slightly higher by 1bp to 5.09% for the June 2023 meeting. Probabilities of a 50bp hike at the FOMC’s December meeting currently stands at 76%. PIMCO joined BlackRock, UBS, JPMorgan and others stating that “value has returned to the fixed income markets”, underscoring the attractiveness of buying bonds. US IG CDS spreads tightened 1.7bp and HY spreads saw a 10.9bp tightening. US equity markets ended higher with the S&P and Nasdaq up 1.4% each. 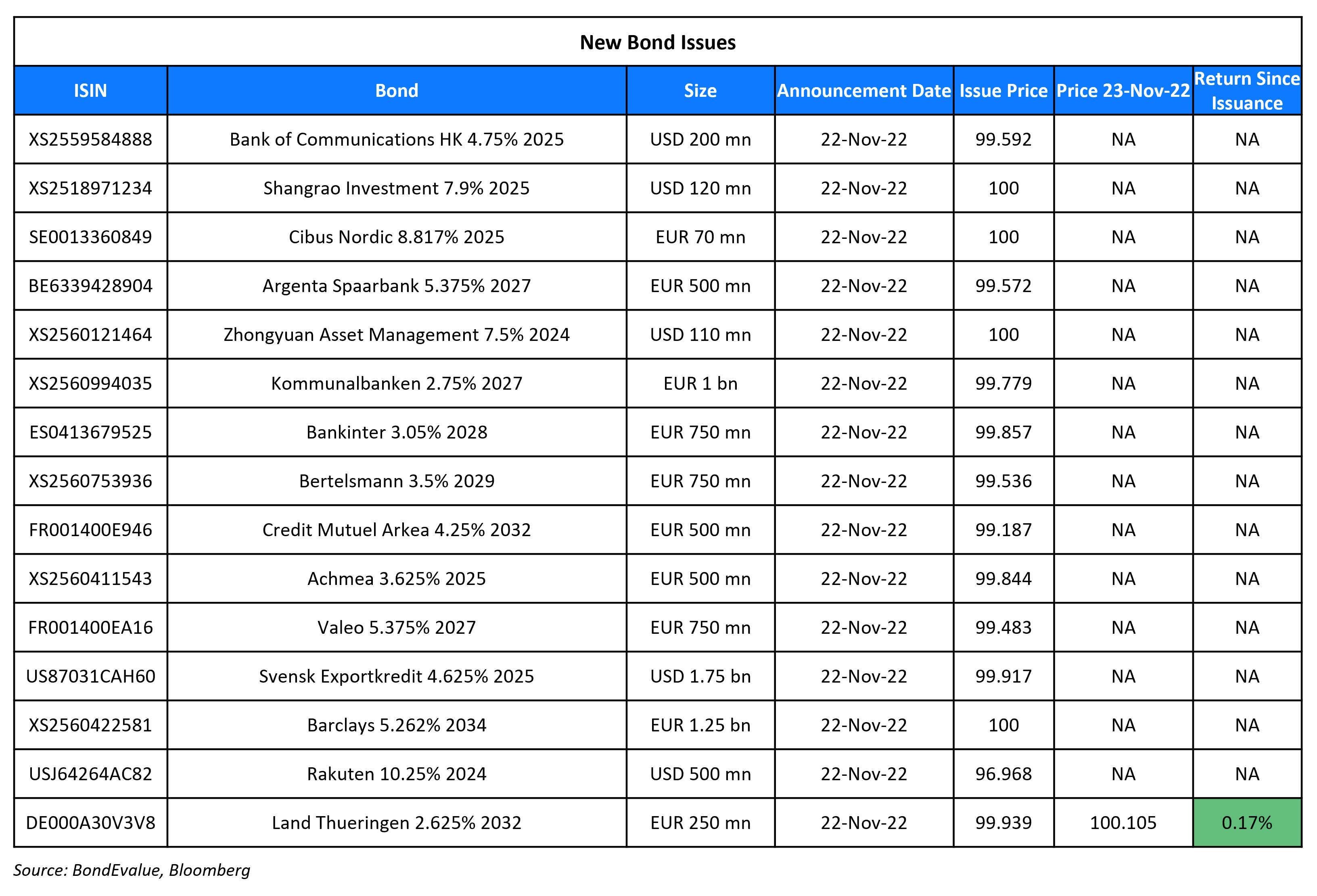 Zhongyuan Asset Management raised $110mn via a 2Y bond at a yield of 7.5%, unchanged from initial guidance. The senior unsecured bonds have expected ratings of BB+ by Fitch. Proceeds will be used to refinance offshore debt and replenish working capital.

Barclays raised €1.25bn via a 11NC10 bond at a yield of 5.259%, 20bp inside initial guidance of MS+275bp area. The senior unsecured bonds have expected ratings of Baa2/BBB/A. Proceeds will be used for general corporate purposes and to strengthen its capital base.

Rakuten Group raised $500mn via a 2Y bond at a yield of 12%, unchanged from initial guidance. The senior unsecured bonds have expected ratings of BB+. Proceeds will be used for general corporate purposes, including funding for its mobile business and/or repaying debt. The new bonds are priced 114bp wider to its existing 3.546% 2024s that yield 10.86%. At the time of the new offering’s launch earlier this week, its dollar perps fell by over 10%

“Value has returned to the fixed income markets. Just thinking about nominal yields, we’ll start here in the United States, across the yield curve now, you could lock in a very high quality bond yield today. You could look for very high quality spread product, and very, very easily put together a portfolio up in the 6-6.5% type yield range, without taking a lot of exposure to economically sensitivity assets. Much better than cash, but also pretty good versus equities. So, those that have been in cash, looking for incremental return, fixed income’s looking quite attractive. So we do think it should be a call to action, these higher yield levels.”

“While high savings is likely to provide momentum to consumption and require higher interest rates, it’s certainly positive that we see that these households are wealthier, less financially constrained and better insured. But that said, reduced inflation will mean we have to incent saving over consumption.”

“The policy has reached a turning point, but it’s not necessarily marking a bottom for the industry. Restrictions on financing have been mostly removed, but it’s unclear if a large demand stimulus is coming… The seeds of today’s problem in the housing market were sowed in those years… It’s important to achieve soft-landing for the housing market… But soft-landing is a multi-year process” 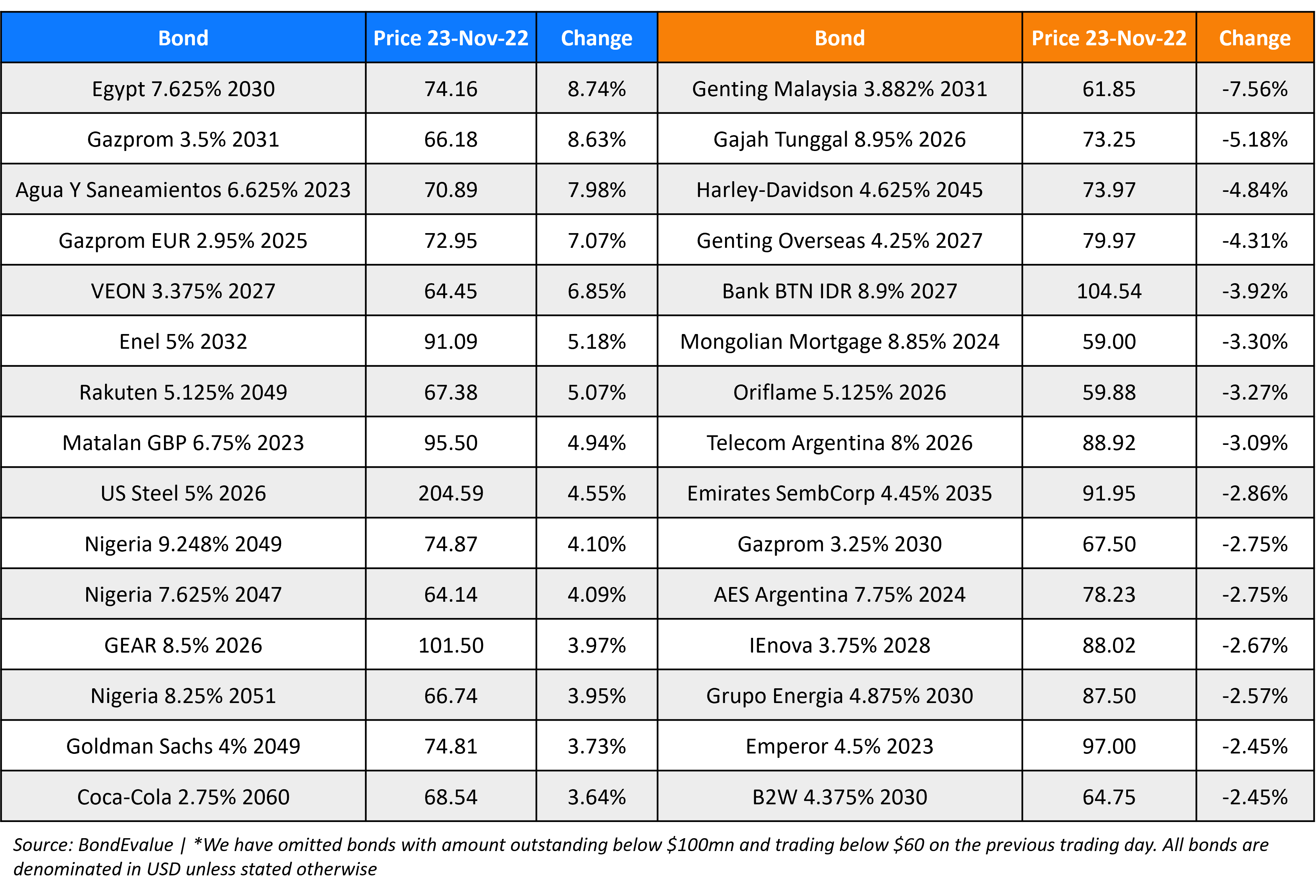