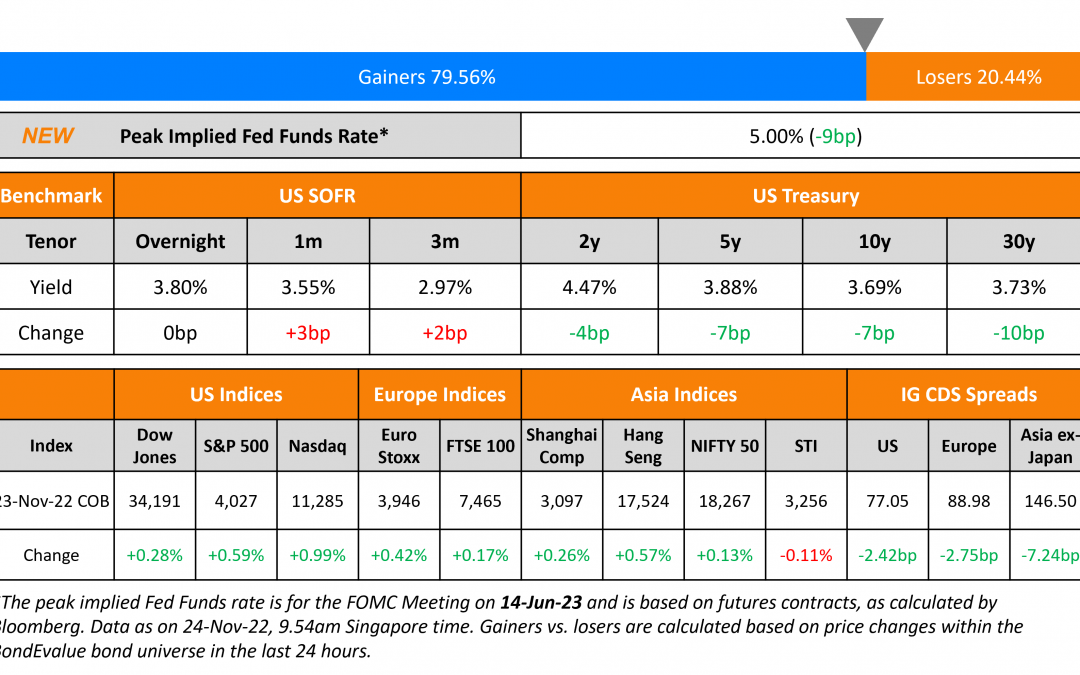 US Treasury yields moved lower with the the 30Y yield down 10bp while 2Y yields were down 4bp. The peak Fed Funds rate fell 9bp to 5% for the June 2023 meeting after the Fed’s November meeting minutes noted that a “substantial majority” believed that it would “likely soon be appropriate” to slow the pace of monetary tightening. This further raised prospects of a 50bp hike than a 75bp move in December. The probabilities of a 50bp hike at the FOMC’s December meeting currently stands at 76%. US IG CDS spreads tightened 2.4bp and HY spreads saw a 12.7bp tightening. US equity markets ended higher with the S&P up 0.6% and Nasdaq up 1%.

Liquidity Coverage Ratio (LCR) is a ratio designed to ensure that banks hold a sufficient reserve of high-quality liquid assets (HQLA) in order to survive a period of significant liquidity stress for 30 days. This ratio was designed as part of Basel III reforms following the 2008 financial crisis. HQLA includes cash or assets that can be converted into cash quickly through sales (or by being pledged as collateral) like T-Bills with no significant loss of value. The LCR requires banks to hold HQLA at least as large as expected total net cash outflows over the stress period. LCR is calculated as the total stock of HQLA divided by the total net cash outflows over the next 30 calendar days and should be greater than or equal to 100%.

“Achieving the budget targets could be tricky as they look ambitious… But in the near-term, the focus is on debt restructuring and whether local debt will be included.”

On Chinese Builders Rallying on Prospects of Additional Financing

“The core of the policy is to build a firewall between developers that have already defaulted and those that haven’t… There will be limited impact on the defaulters, as the policy support is not targeting them — but it would still boost their bond prices… Whether developers that defaulted offshore will avoid an onshore default primarily depends on their cash flows rather than policy help”

On Pimco, TCW and DoubleLine Betting on Mortgage Bonds as Rates Rise

“Homeowners are unlikely to refinance their mortgages given the unprecedented rise in interest rates in a short period of time. That means prepayment risk – something unique to the securitized market and a reason why these bonds typically yield more than U.S. Treasuries – is highly predictable.”

“It’s setting up to be very attractive. Seasoned residential real estate debt is like gold.”

“Mortgages have been hit on all fronts. The Fed has stepped back, there’s a historic rise in rates that we haven’t seen for decades and a post-’08 record spike in volatility. 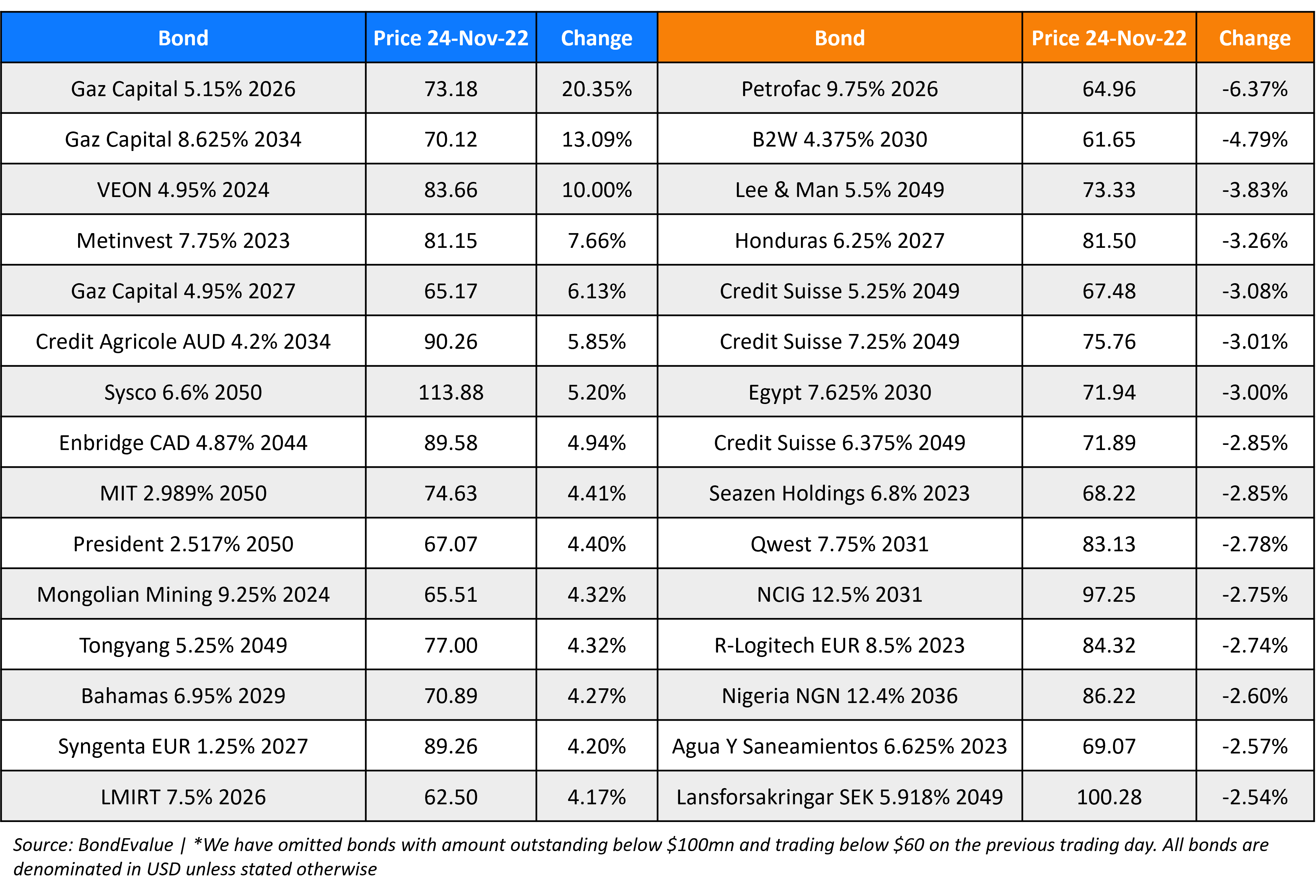