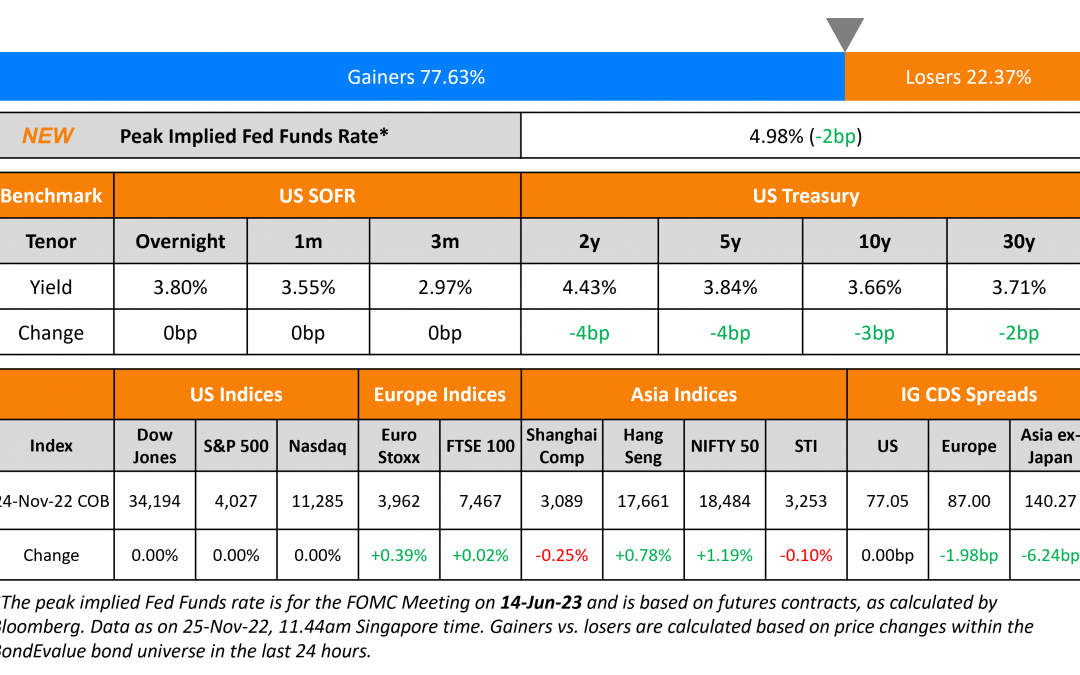 US Treasury yields moved lower by 2-4bp across the curve. The peak Fed Funds rate moved 2bp lower to 4.98% for the June 2023 meeting as the Fed’s dovish November meeting minutes continues to raise prospects of a slower than expected path of rate hikes. The probabilities of a 50bp hike at the FOMC’s December meeting currently stands at 76%. US CDS and equity markets were shut on account of Thanksgiving holidays.

Fitch defines Restricted Default (RD) as the rating for an issuer that has defaulted on a bond, loan or other financial obligation but has not filed for bankruptcy or entered into liquidation or any other formal winding-up process, and which has not ceased operations. RD is different from Default (D) in that Fitch rates an issuer as default if, in its opinion, the issuer has entered into bankruptcy filings, liquidation or any other formal winding-up process.

“It was very clear that they were buying just the lowest amount needed to achieve some stabilization. That was very different to the experience in the March 2020 episode when I was on the committee and we just bought gigantic amounts without feedback from the market. We just kept doing it, and doing it”

“The worst in terms of performance should be over and current yields in IG are very attractive. We expect that investors will put more money in credit.”

“Much of the negative developments have already been priced in”

Investment grade is starting to “look interesting” as spreads are high given current fundamentals.

Sees a continued rally in European high-quality debt as valuations are “extremely compelling.” 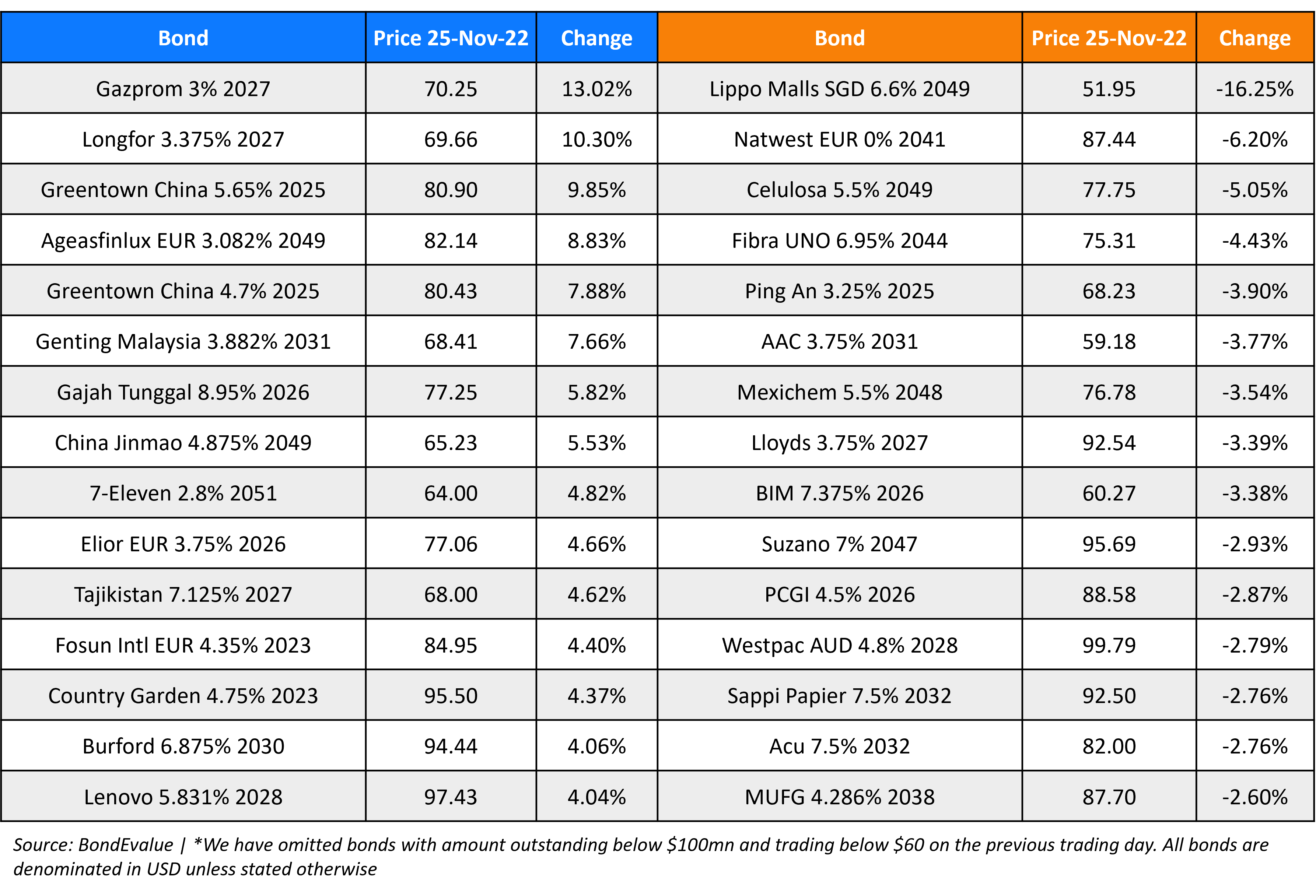