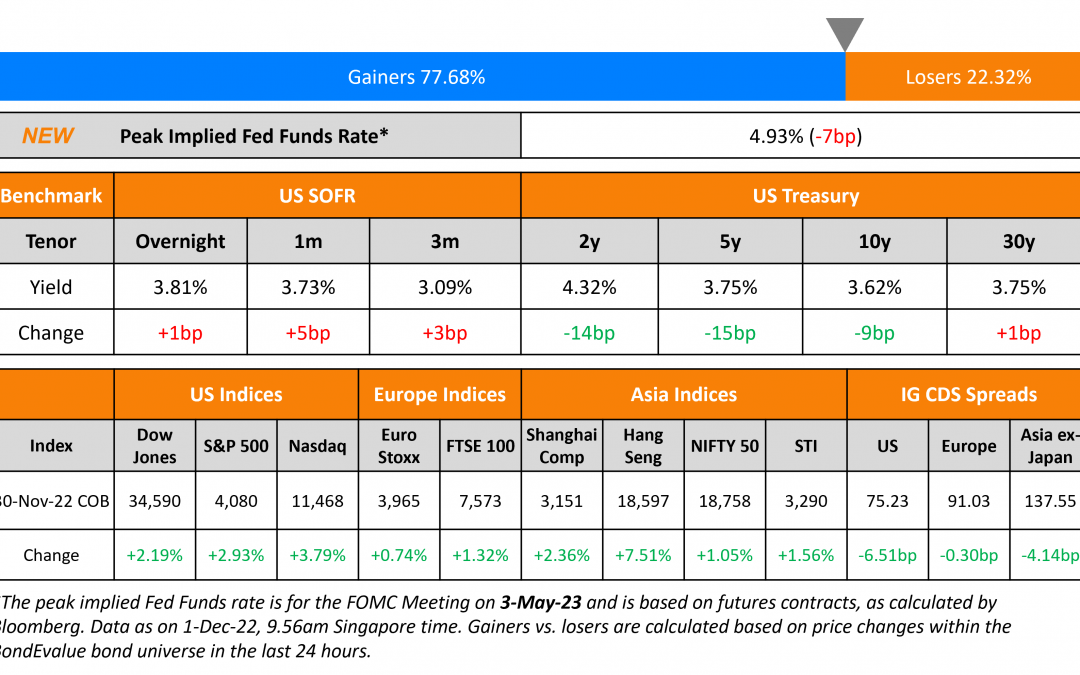 US Treasuries rallied across the curve on Wednesday with yields falling as much as 15bp after Powell’s comments. The peak Fed Funds rate also moved 7bp lower to 4.93% for the May 2023 meeting. Fed Chairman Jerome Powell said that the “time for moderating the pace of rate increases may come as soon as the December meeting” strengthening the chances of a 50bp hike this month. He did note that the fight against inflation was far from over. The probability of a 50bp hike at the FOMC’s December meeting currently stands at 76%, up from 68% a day back amid Powell’s comments. US IG and HY CDS spreads tightened 6.5bp and 25bp. US equity markets ended with a strong rally led by Nasdaq up 4.4% and S&P higher by 3.1%.

Bank of Nova Scotia raised $1bn via a 2Y bond at a yield of 5.299%, 20bp inside initial guidance of T+110bp area. The senior unsecured bonds have expected ratings of A2/A-/AA-. Proceeds will be used for general corporate purposes.

EDF raised €1bn via a PerpNC6 bond at a yield of 7.5%, 75bp inside initial guidance of 8.25% area. The hybrid subordinated notes have expected ratings of Ba1/B+/BBB-. The bonds have a first call date of 06 September 2028, with the first coupon reset happening on 06 December 2028 and every five years thereafter. Proceeds will be used for general corporate purposes and refinancing the issuer’s perps. The new bonds are priced 47bp tighter to its existing 3% Perps callable in 2027 that yield 7.97%.

“We continue to think that, ultimately, the recovery value will be well above 50, depending on the details of the restructuring… We like the valuation but expect volatility until there is more clarity on the IMF program and conditionality associated with restructuring. It is very difficult to gauge at this stage what the final outcome of any restructuring may be”

“On the back of the restructuring proposal, we have seen a fairly strong rally in the market”

“The challenge is to get a haircut that allows debt to become more sustainable, secure the IMF funding and do good reforms, but not so harsh that bondholders hold out… A lot depends on if they can execute a rapid restructuring.”

BlackRock expects global central banks to over-tighten financial conditions in their fight against stubbornly high inflation to the point of causing a recession next year. It therefore maintained a tactical underweight on developed market equities, while recommending investors to gravitate towards high-quality corporate debt and short-dated U.S. Treasury bonds, given the returns they offer after this year’s rapid increase in interest rates.

“Which is the smart money, is it equities, is it corporate fixed-income, is it Treasuries, what is it? The upshot is it’s there’s no clear answer… I went through the math of the individual turns in the market between spreads and the S&P. Sometimes they lead by a day or two, sometimes they lag by a week or two, all I can say for sure is they’ve been very coincident in general in turns all this year.”

“Most importantly for risk assets, Powell’s remarks embraced the return of some two-sided risk management. That is a big deal for equities and means an outsized move in stocks relative to the rates market is justified” 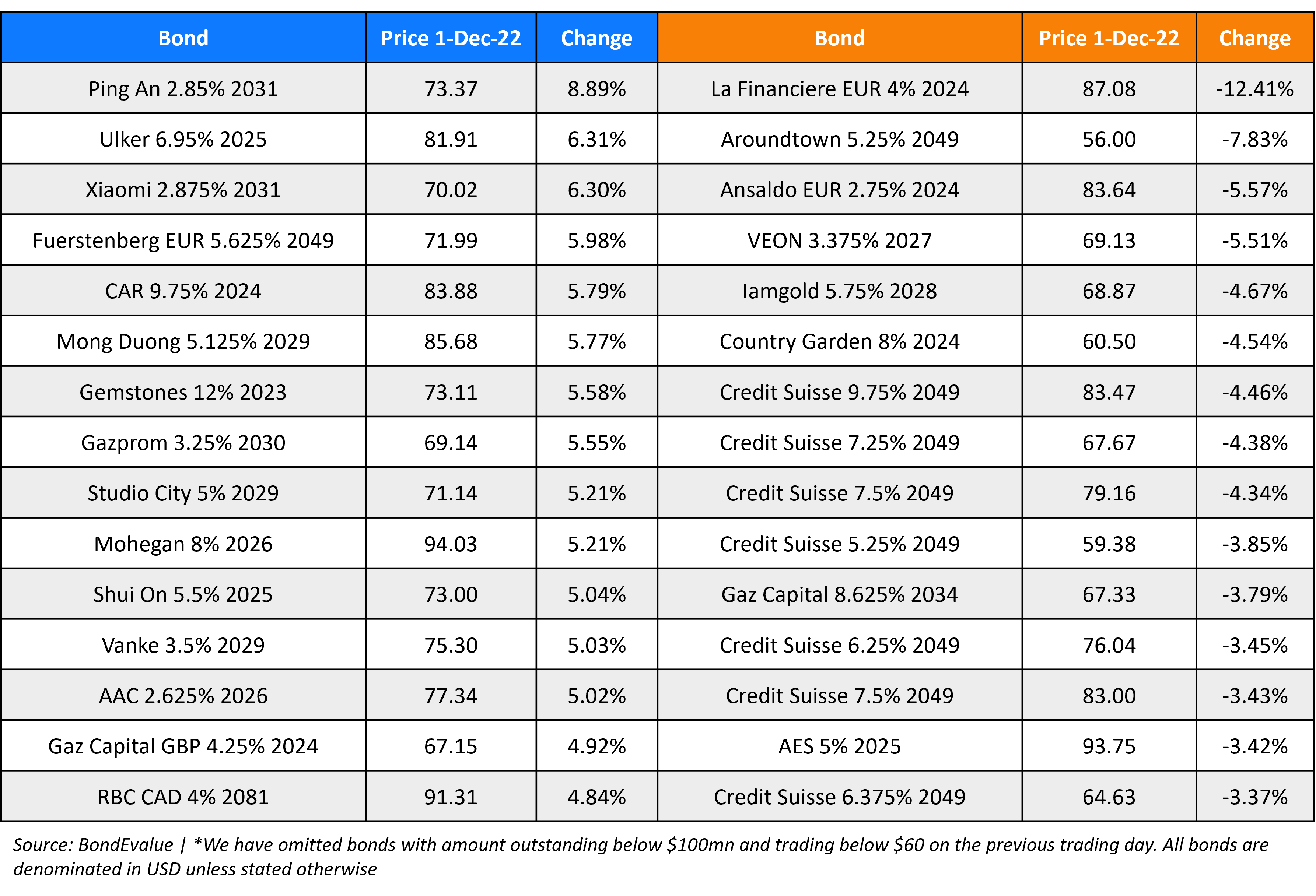