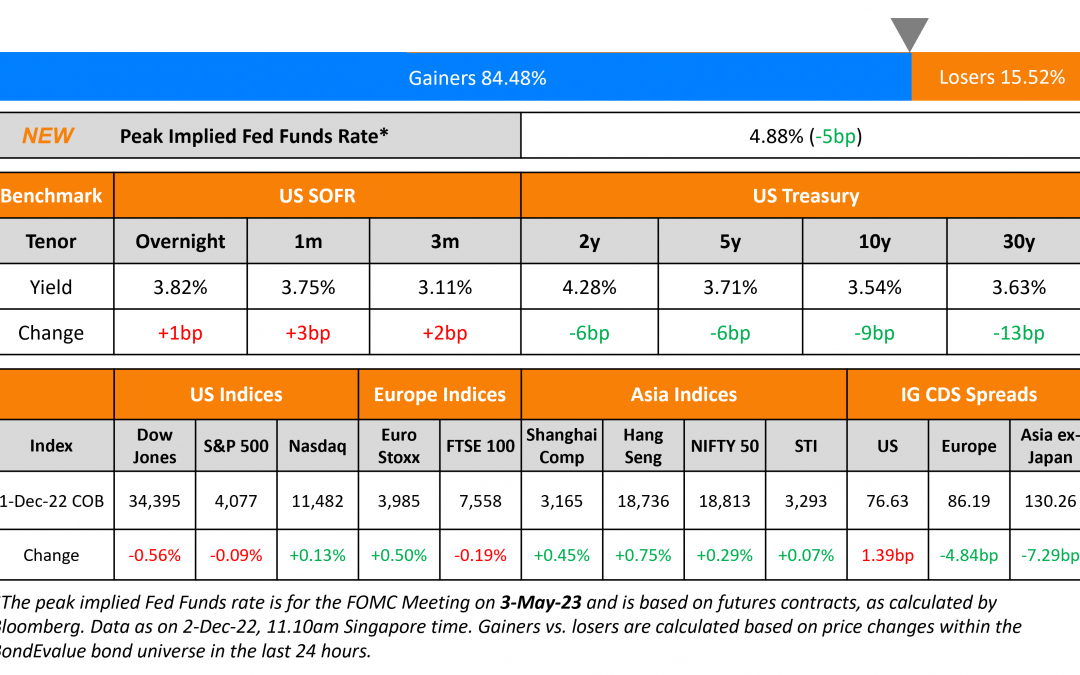 US Treasuries rallied across the curve on Thursday with yields falling over 6bp as US PCE inflation softened in November, in-line with the earlier soft CPI reading this month. The peak Fed Funds rate also moved 5bp lower to 4.88% for the May 2023 meeting. Headline and core US PCE price inflation slowed from 6.3% and 5.2% to 6.0% and 5.0% last month, underscoring the case for smaller rate hikes. The probability of a 50bp hike at the FOMC’s December meeting currently stands at 80%, up from 76% a day earlier. US IG and HY CDS spreads widened 1.4p and 6.3bp. US equity markets ended mixed with S&P down 0.1% and Nasdaq up 0.1%.

Credit Suisse raised €750mn via a 3Y covered bond at a yield of 3.39%, 2bp inside initial guidance of MS+75bp area. The bonds are rated AAA and backed by Swiss residential mortgages.

SocGen raised €1.5bn via a 8NC7 bond at a yield of 4.33%, 40bp inside initial guidance of MS+220bp area. The bonds have expected ratings of Baa2/BBB/A-. Proceeds will be used for bail-in purposes.

Deyang Development raised $350mn via a 3Y Sustainability bond at a yield of 7%, 40bp inside initial guidance of 7.4% area. The bonds have expected ratings of BBB-. Proceeds will be used for working capital and project construction.

A Free Trade Zone (FTZ) bond is a bond issued by a company that operates an FTZ or subzone. FTZs are a special economic zone for commerce purposes where imported goods are not subject to customs. According to Asia Financial, an analysis by industry insiders show that FTZ bonds can be regarded as foreign bonds, and they are basically the same as foreign bonds in terms of foreign debt filing, projection procedures, fund return and supervision. Pingdu City Development raised RMB 440mn ($62mn) via an FTZ  bond.

“However, should outflows be ongoing … M&A speculation (is) likely to increase and may lead to an IPO of the CS Schweiz legal entity worth an estimated 14 billion francs, full closure of the investment bank, and retaining wealth management and asset management in the NewCo”

On Florida pulling $2bn from BlackRock in largest anti-ESG divestment

Would remove BlackRock as manager of about $600 million of short-term investments and have its custodian freeze $1.43 billion of long-term securities now with BlackRock… “Florida’s Treasury Division is divesting from BlackRock because they have openly stated they’ve got other goals than producing returns”

“We are disturbed by the emerging trend of political initiatives like this that sacrifice access to high-quality investments and thereby jeopardize returns, which will ultimately hurt Florida’s citizens. Fiduciaries should always value performance over politics”

“This week is likely to be the last busy one. This is indeed a good window to take advantage of, especially by the more known names”

“Bond issuers have come to terms with the recalibration in markets. The second and third quarters were tough for issuance and companies are now coming to terms that waiting is not necessarily going to make it better.”

“I would expect January to offer a good window to complete new issuance, the first few sessions will certainly be busy as we enter the new year,” 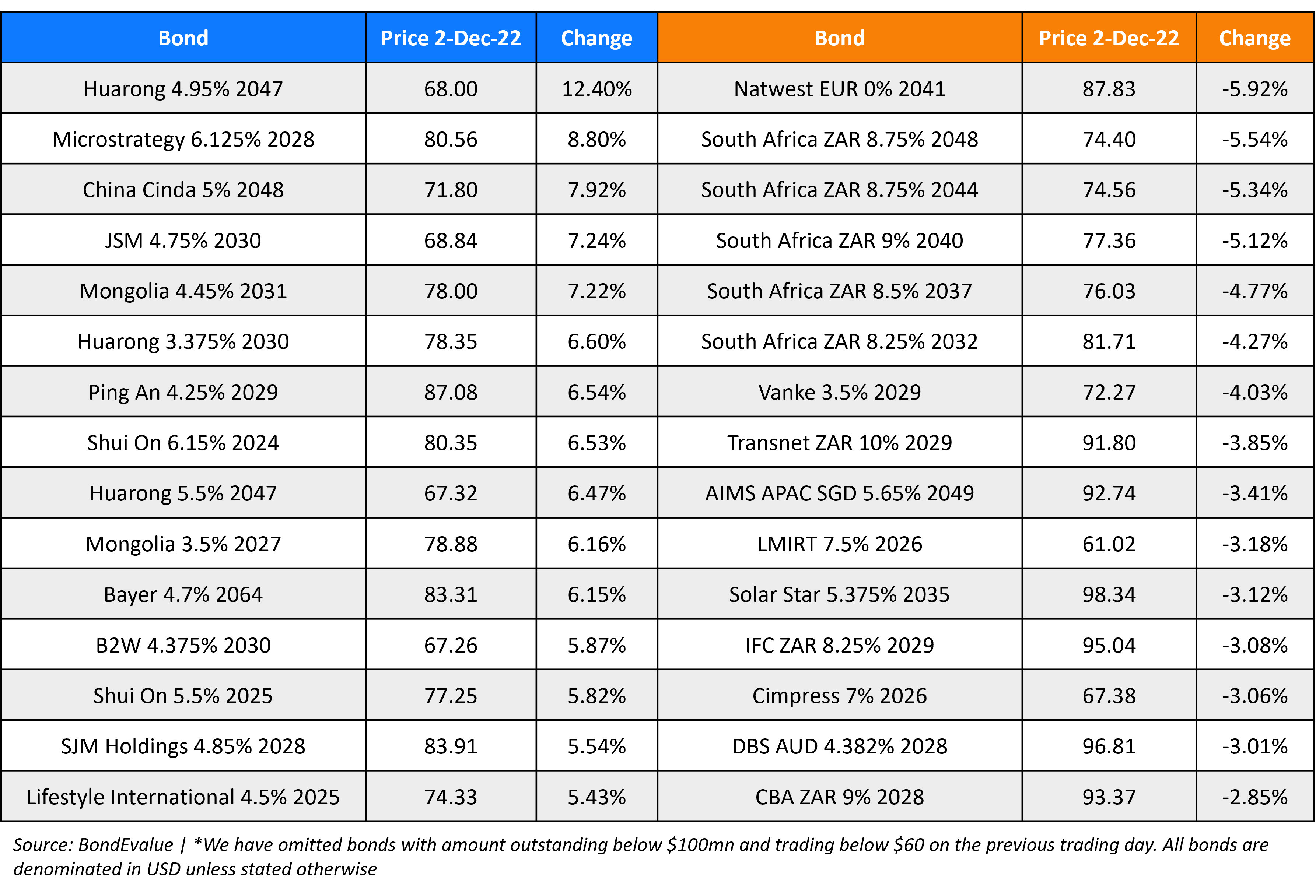