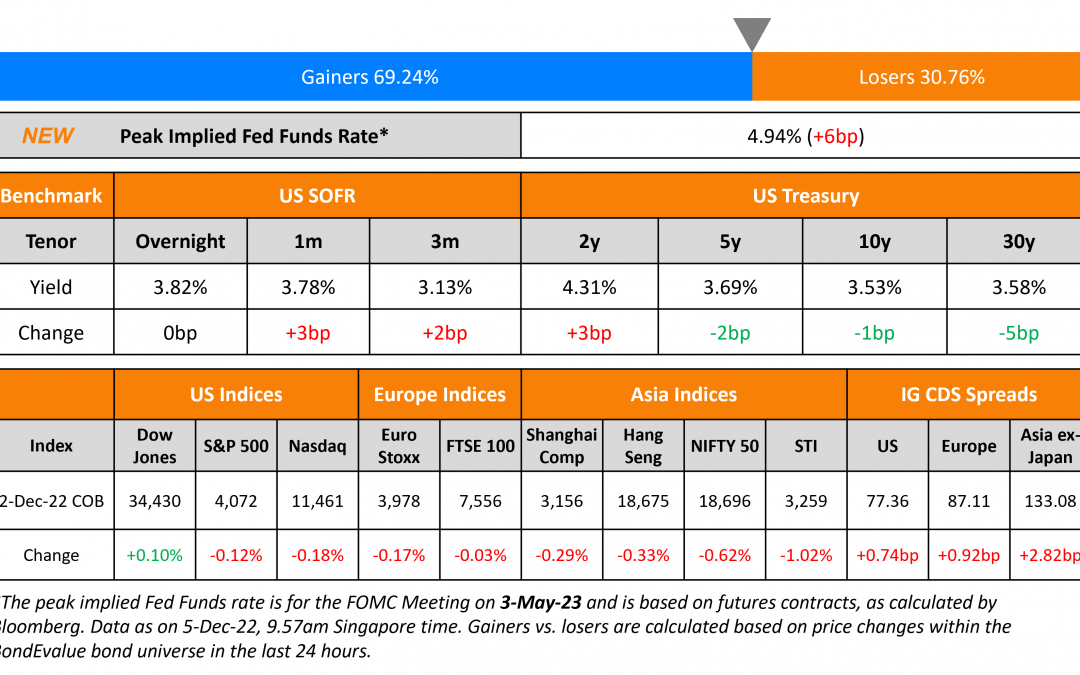 US Treasury yields pulled back following a sell-off immediately after the strong jobs report on Friday. While 2Y yields jumped over 20bp post the jobs report, they later retreated to end just 3bp higher. The 10Y yield jumped over 12bp and is now 1bp lower at 3.53%. The peak Fed Funds rate however moved 6bp higher to 4.94% for the May 2023 meeting. US Non-Farm Payrolls (NFP) for November came at 263k, higher than the forecasted 200k print. The unemployment rate was unchanged at 3.7%. The probability of a 50bp hike at the FOMC’s December meeting remains steady at 78%. US IG and HY CDS spreads widened 2.1bp and 4.6bp respectively. US equity markets ended mixed with S&P down 0.1% and Nasdaq up 0.2%.

Credit Suisse last week raised via a 3Y covered bond at a yield of 3.39%

“The market was mispriced. Two-year yields probably belong near 4.75% with the Fed set to raise rates by another 50 basis points this month. The reaction to Powell’s comments took the anticipated downsizing in rate hikes too far”

“This is exactly the wrong report at the wrong time. Investors started getting comfortable after Powell’s remarks on Wednesday that we had a favorable glide path to year end.”

“The coupon is becoming a more meaningful source of return now… The bond math is turning into a tailwind… While inflation is coming down, it’s got a long way to go. We don’t know when and whether we need a meaningful recession to achieve that.”

“The trend of higher rates is definitely not going to go away overnight. But we have seen volatility continually increasing throughout the year. So the relative strength of the bearish signal relative to volatility has become less strong.”

“The Fed has been telling us that getting unemployment higher and wage growth lower is going to take a prolonged period of restrictive policy, and today’s data provides more evidence to that effect. This does not take the Fed off track for the widely expected 50 (basis point) rate hike at the upcoming…meeting, and it gives us greater confidence in our expectation that the terminal rate will top 5% next year.” 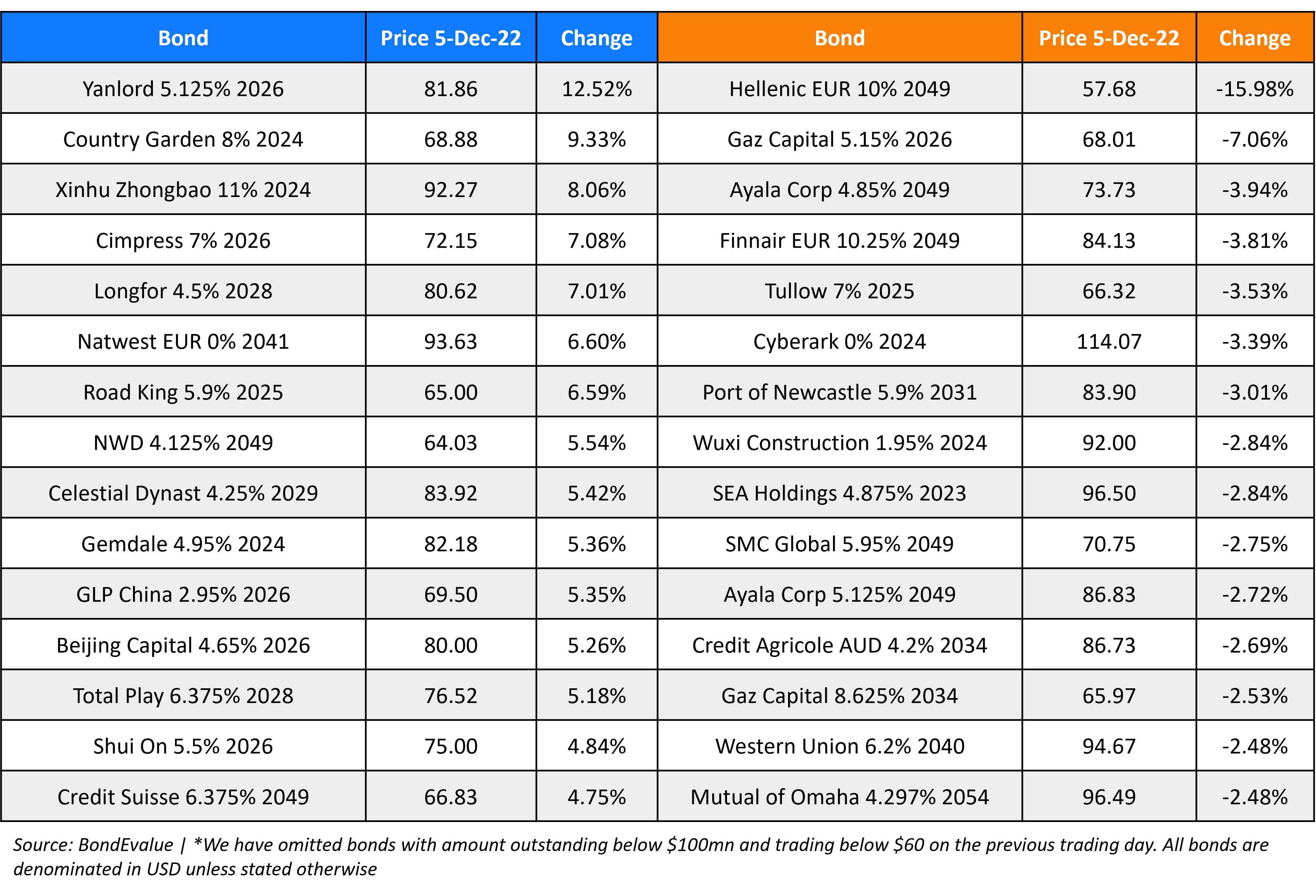