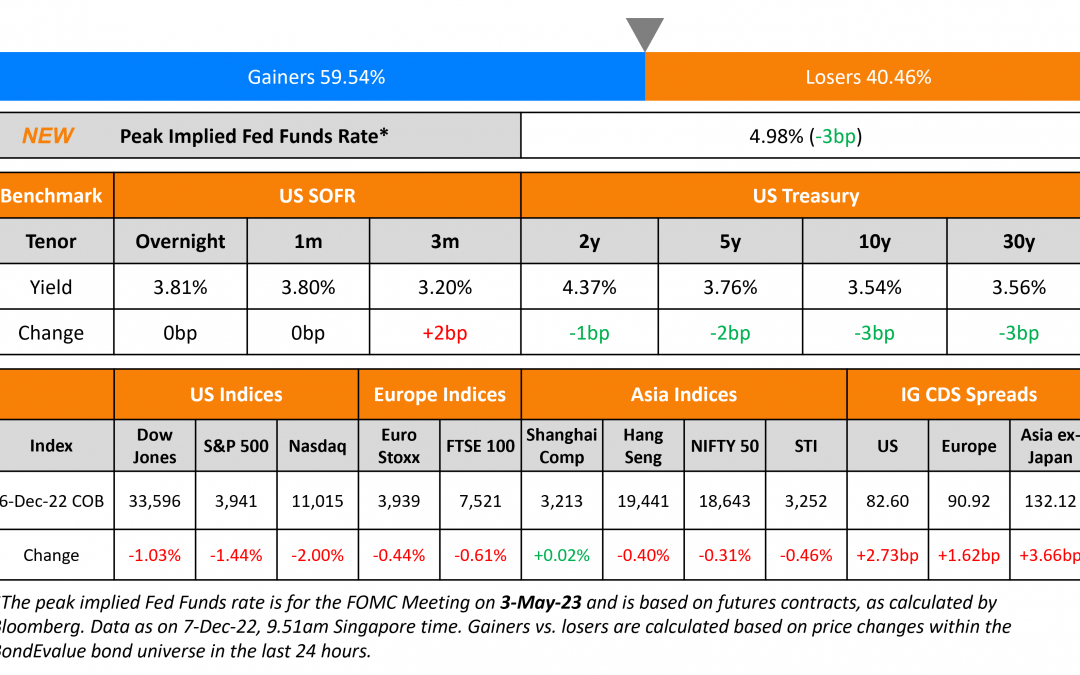 US Treasury yields eased by~2bp across the curve with the peak Fed Funds rate also easing by 3bp to 4.97% for the May 2023 meeting. This follows a 5-8bp move higher across the benchmark curve after a stronger-than-expected ISM report. The probability of a 50bp hike at the FOMC’s December meeting remained unchanged at 77%. US IG and HY CDS spreads widened 2.7bp and 16.2bp respectively. US equity markets ended lower with S&P down 1.4% and Nasdaq down 2%.

Toronto-Dominion Bank raised €1.25bn via a 7Y bond at a yield of 3.631%, 25bp inside the initial guidance of MS+135bp area. The senior unsecured bonds have expected ratings of A1/A/AA-.

“People are excited, believe it or not. It’s all relative, as they’ve seen these fixed-income accounts pay little to nothing in the past. So, 4% — or even about 2% to 3% in some cash accounts — is relatively good now.”

“Clients are leaning on the playbook from the post GFC with a 10-year seen heading back to 2.5% to 3%. … It’s a bit of hopeful thinking to get really bullish on the long end.”

“We see inflation moderating. But still a lot of work to do there. I’m not putting the ‘mission accomplished’ banner up here. We’re going to have to find a way to continue to bring down inflation but strengthen growth”

On Wall Street Chorus Growing Louder That 2023 Will Be Ugly

“We do not think the economic conditions for a sustained upturn are yet in place. Growth is slowing and central banks are still raising rates”

“We have to take our medicine still, meaning a weaker economy and a weaker labor market. The question is, is it better to take our medicine sooner or later? And I think sooner… The outlook is better for the latter part of 2023. The risk to that view would be if for whatever reason the economy continues to run really hot and the Fed has to really slam on the brakes.” 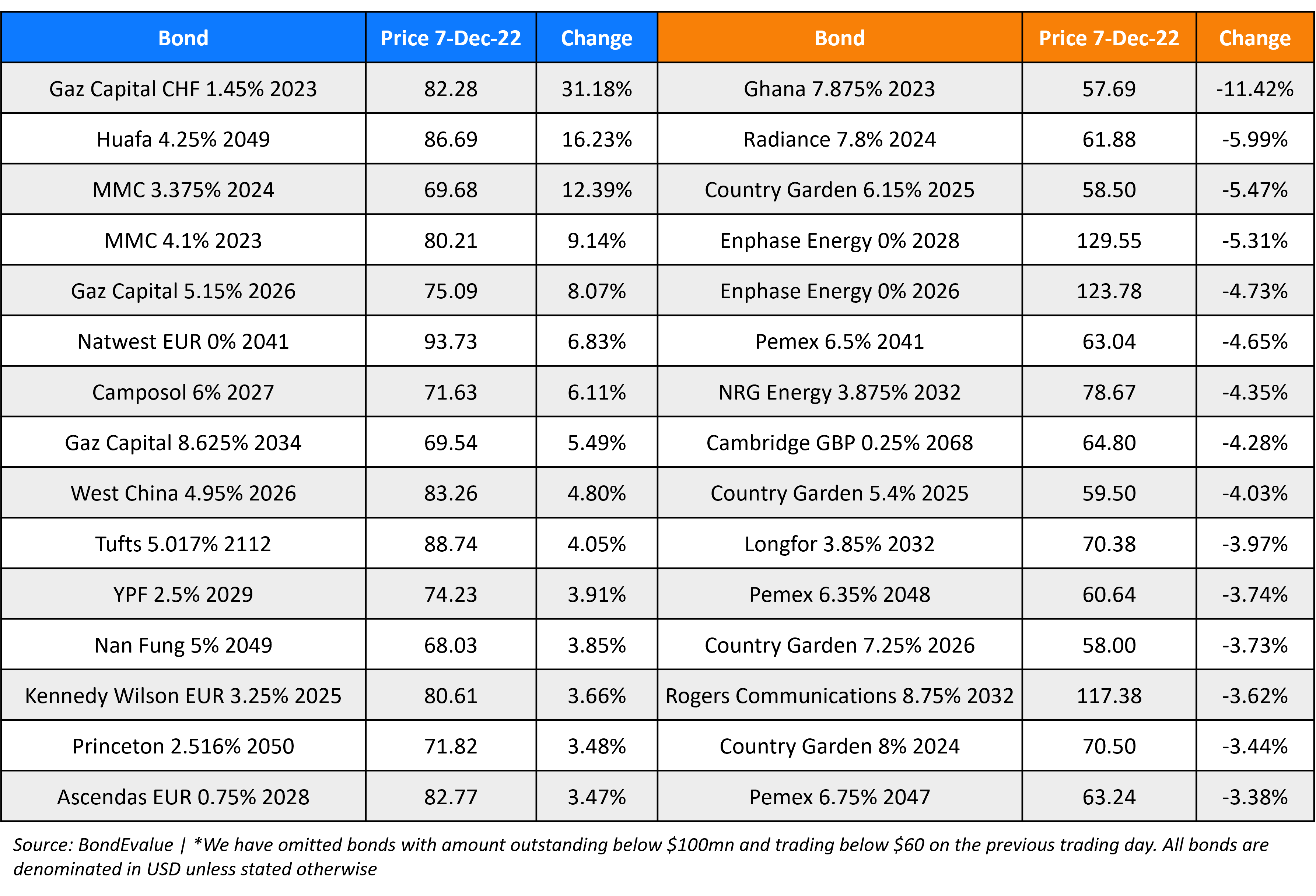