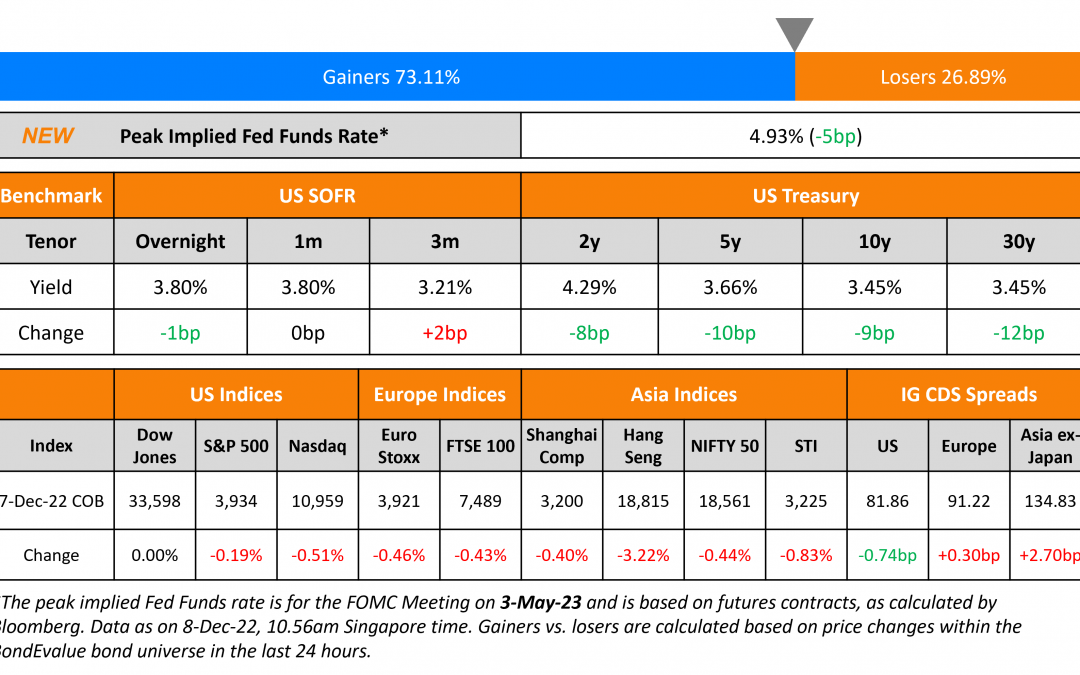 Wednesday saw a risk-off sentiment in markets with US Treasury yields easing 8-10bp across the curve and the peak Fed Funds rate also easing by 5bp to 4.93% for the May 2023 meeting. The US 2s10s yield curve has inverted further to -84bp, its lowest in over 40 years, leading to louder warning calls by market participants on an upcoming recession. 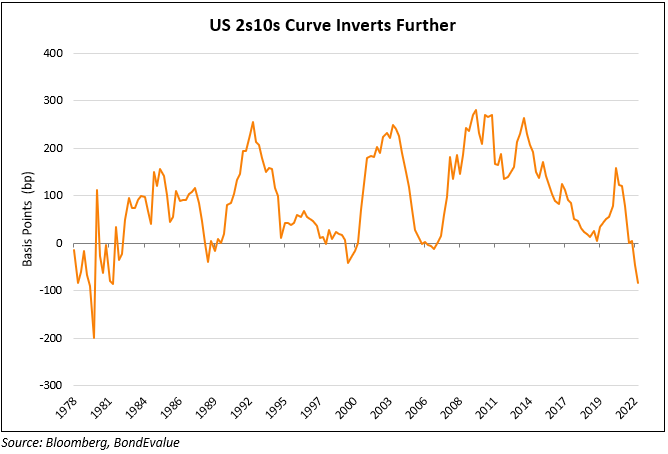 The probability of a 50bp hike at the FOMC’s December meeting remained steady at 75%. US IG and HY CDS spreads tightened 0.7bp and 4.3bp respectively. US equity markets continued to move lower with S&P down 0.2% and Nasdaq down 0.5%. Canada’s central bank, the Bank of Canada hiked policy rates by 50bp to 4.25% while hinting that it may now pause on further rate hikes. The central bank said that they will consider “whether the policy interest rate needs to rise further to bring supply and demand back into balance and return inflation to target”.

ICBC Macau raised $250mn via a 2Y FRN at a yield of 4.61%, 40bp inside initial guidance of SOFR+120bp area. The senior unsecured bonds have expected ratings of A.

Slow burn buyout is a term being used by analysts, referring to a strategy where the founder of a company gradually buys back shares until he/she has a large enough stake to squeeze out remaining investors.

SoftBank’s Masayoshi Son has slowly increased his stake in SoftBank from 26.7% in March 2019 to 34.2% in September 2022 with a possibility of him planning to buyout the company to take it private. Under Japanese regulations, Son could compel other shareholders to sell when he gets to 66% ownership, with a possibility of not paying a premium. Analysts note that in the case of a formal buyout, he might have to pay a premium of ~25%.

On KKR Betting on a Credit Comeback After a Crushing Year

Christopher Sheldon, co-head of credit and markets at KKR

“Credit is likely to become a more significant part of asset allocation in the future relative to the last 10 years”… KKR is starting to “lean in” to credit again and it would be prudent for investors to be ready to buy “on the way down… Short-term volatility isn’t a good reason to delay investing. When the credit market rallies, it tends to happen rapidly. As market liquidity drains from the economy, there is a the possibility for a violent rally in spread.”

“The bond market seems to be signaling that the Fed is making a serious mistake. At -80 basis points (as measured by the 10 year vs 2 year Treasury yields), the yield curve is more inverted now than at any time since the early ‘80s when double-digit inflation was entrenched… Typically, an inverted yield curve is pointing to a recession and/or lower than expected inflation than expected.

Given the aggressive bond rally in the Asia seen in recent weeks, it’s hard for the market to price in additional supportive factors” 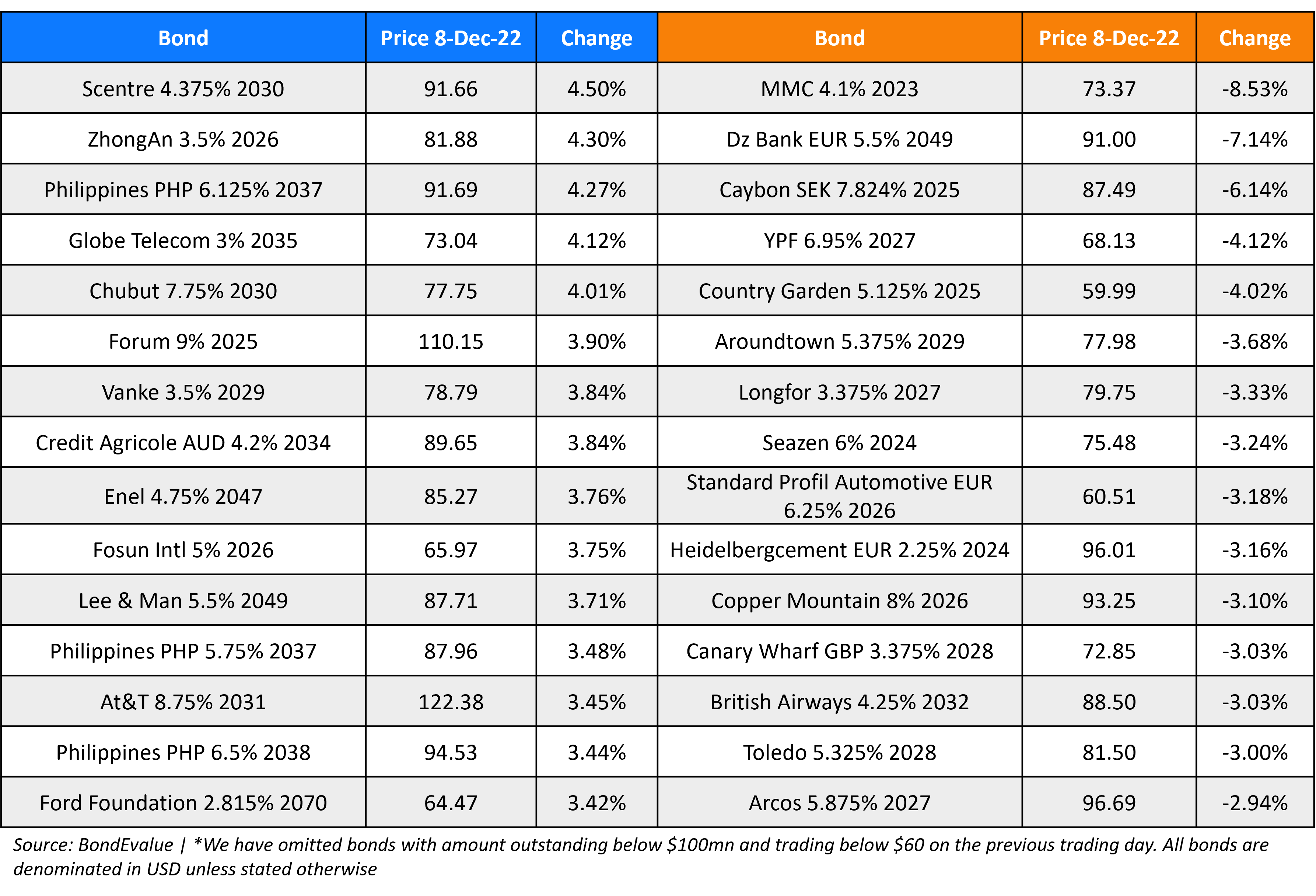