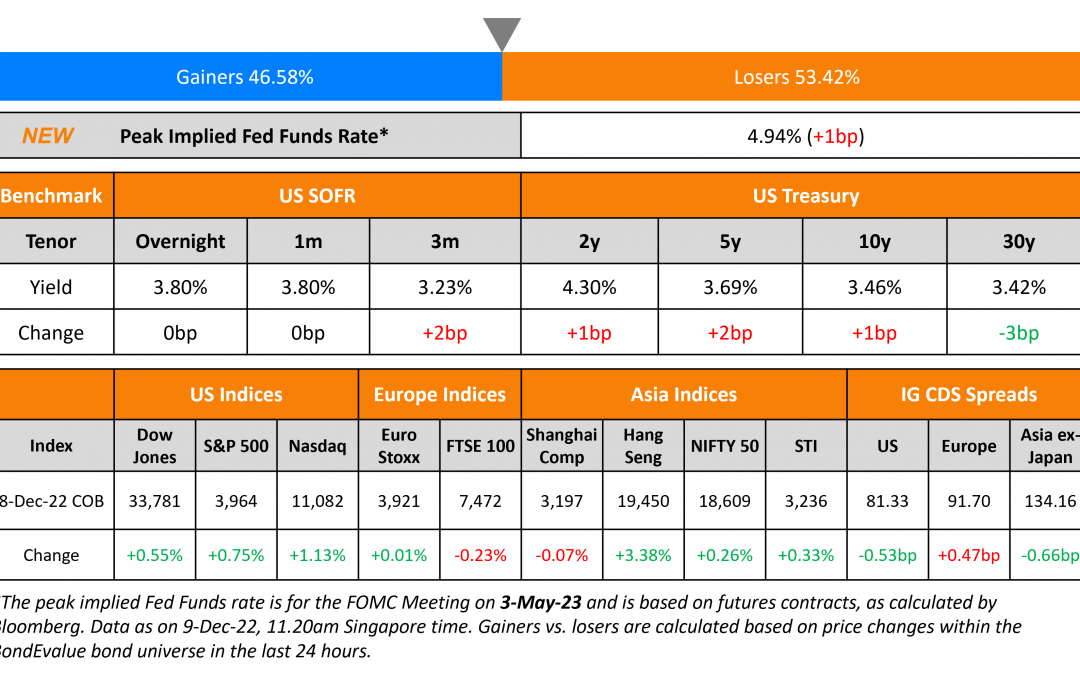 US Treasury yields were relatively quiet yesterday after easing for two days. The peak Fed Funds rate was 1bp higher to 4.94% for the May 2023 meeting. The probability of a 50bp hike at the FOMC’s December meeting remained steady at 76%. With the recent rally across bonds, David Bailin, CIO at Citi Global Wealth, said that bonds “deserve immediate attention” given expectations that 2023 will be one of the weakest years for global growth in last 40 years. He added that family offices and rich clients have been taking advantage of buying bonds lately. Similarly, Kelsey Berro, Fixed Income Portfolio Manager at JPMorgan Asset Management, also said that she believes bonds are back noting that it was the first time in a decade where bonds are offering sizeable “income and diversification”. US IG and HY CDS spreads tightened 0.5bp and 4.3bp respectively. US equity markets continued to move lower with S&P up 0.8% and Nasdaq up 1.1%.

Concord priced a $1.8bn ABS deal secured by royalties tied to a music catalog from a range of artists. Bloomberg notes that the deal is largest music royalties asset-backed bond ever. As per Kroll Bond Rating Agency (KBRA), the catalog itself is valued at $4.1bn, the largest portfolio value among the securitization industry’s recent music royalty transactions.

“I think fundamentally, that is very different from what happened in reality… I think other people are wrong. People are just having a too bearish expectation of the interest rate, that it will keep rising forever. As long as it is not continuing this increase, sentiment from buyers will start to return.”

On U.S. heading into shallow recession, no respite from rate hikes yet: Reuters poll

“Unless inflation recedes quickly, the U.S. economy still appears headed for some trouble, though possibly a little later than expected. The relative good news is that the downturn should be tempered by extra savings. But this assumes the economy’s durability doesn’t compel the Fed to slam the brakes even harder, in which case a delayed downturn might only flag a deeper one.”

On JPMorgan Wary of Complacency in Credit Markets

“Where we’re seeing a lot of complacency is on the credit side. Spreads in high yield and investment grade still look very much like they are pricing in a soft landing… despite the fact that we have seen the most aggressive tightening cycle since the 1980s… If you look at the upside for yields, it’s easy to point to that 800 basis points level as somewhere where high-yield spreads could rise as we enter a recession” 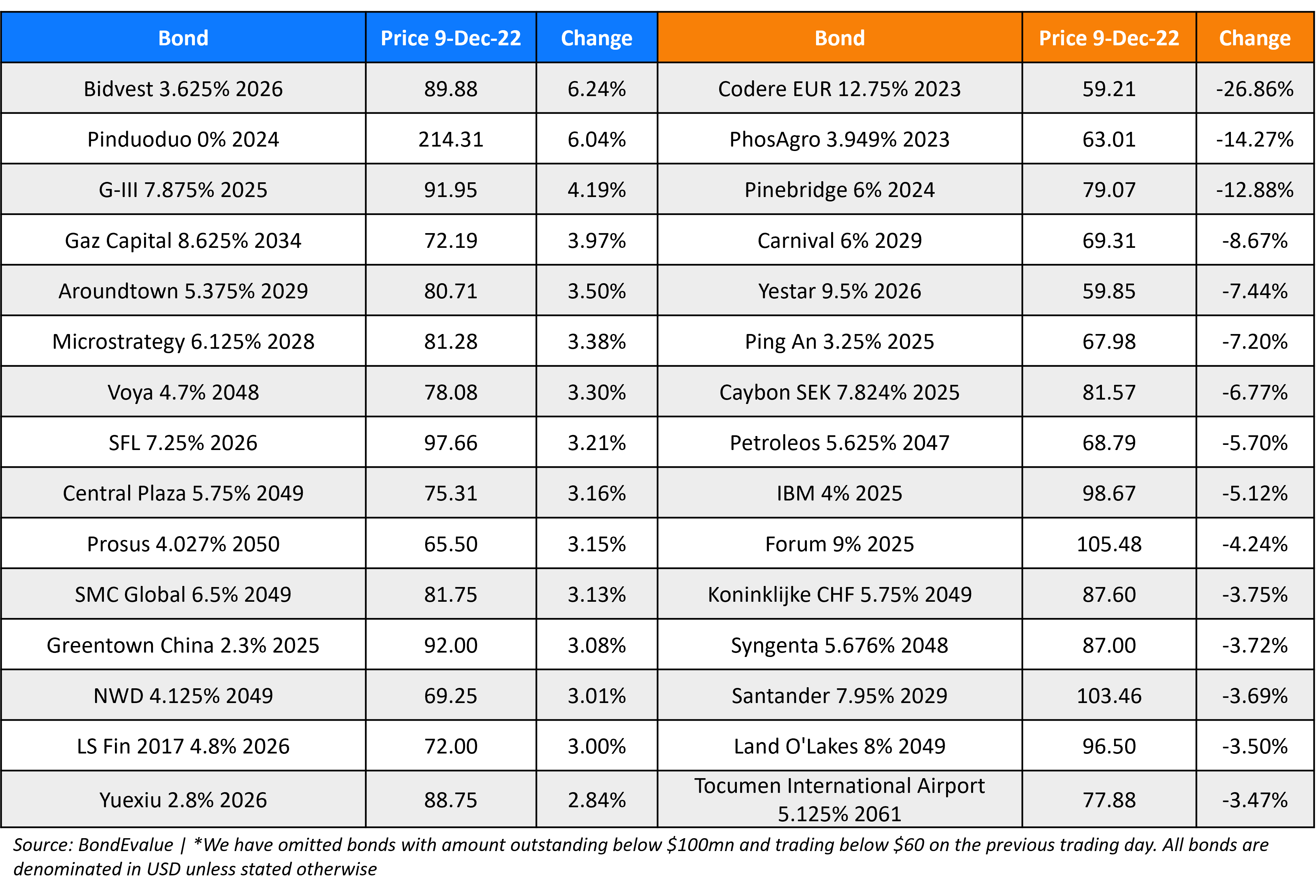