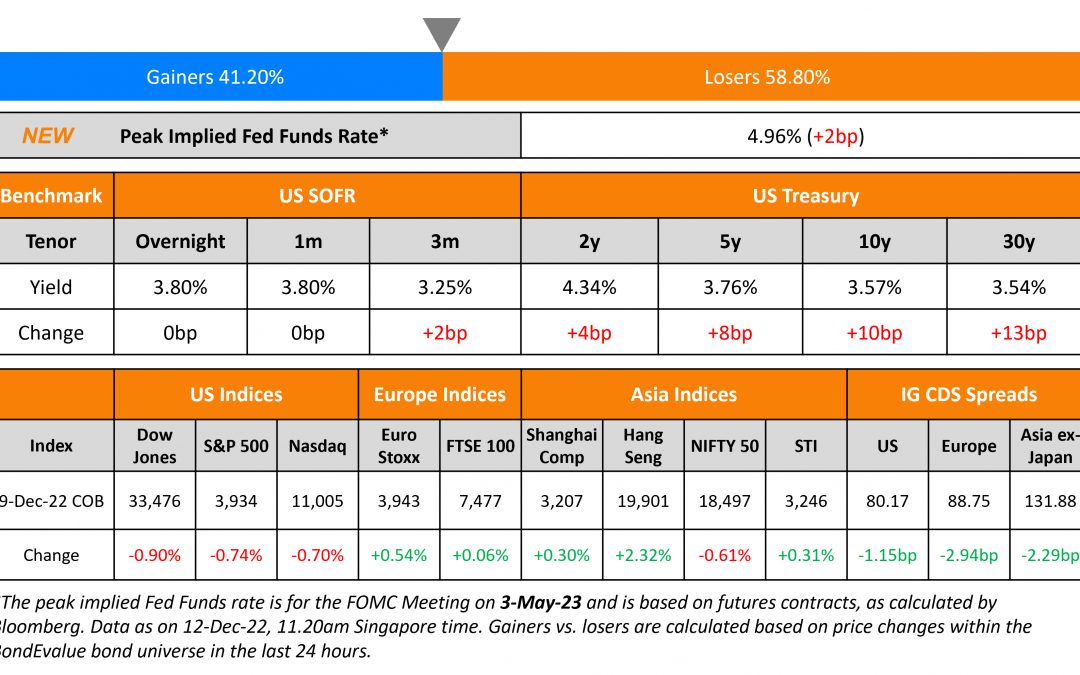 US Treasury yields jumped on Friday with US PPI data for November coming stronger at 7.4% vs expectations of a 7.2% print. The curve bear steepened (Term of the Day, explained below) with the 10Y and 30Y yields surging 10-13bp higher. The peak Fed Funds rate was 2bp higher to 4.97% for the May 2023 meeting. The probability of a 50bp hike at the FOMC’s meeting next week stands at 75%. US IG and HY CDS spreads tightened 1.2bp and 6.4bp respectively. US equity markets continued to move lower with S&P and Nasdaq down 0.7% each on Friday.

On Bonds Being a Recession-Proof 2023 Trade – BlackRock iShares, Gargi Chaudhuri, head of investment strategy for the Americas

“We lived in a decade and a half of the TINA world. And now it is so exciting, I think, to be in a world where there are some incredible opportunities staying very high in quality, short in duration, in the fixed-income markets and on yields that we could have only dreamed about because bonds are back — because it’s BARB.”

On US inflation being much lower by end 2023 – US Treasury Secy, Janet Yellen

“I believe by the end of next year you will see much lower inflation if there’s not … an unanticipated shock… There’s a risk of a recession. But … it certainly isn’t, in my view, something that is necessary to bring inflation down…. I think we’ll see a substantial reduction in inflation in the year ahead”

On Credit Market Investors Watching for a Federal Reserve Pivot 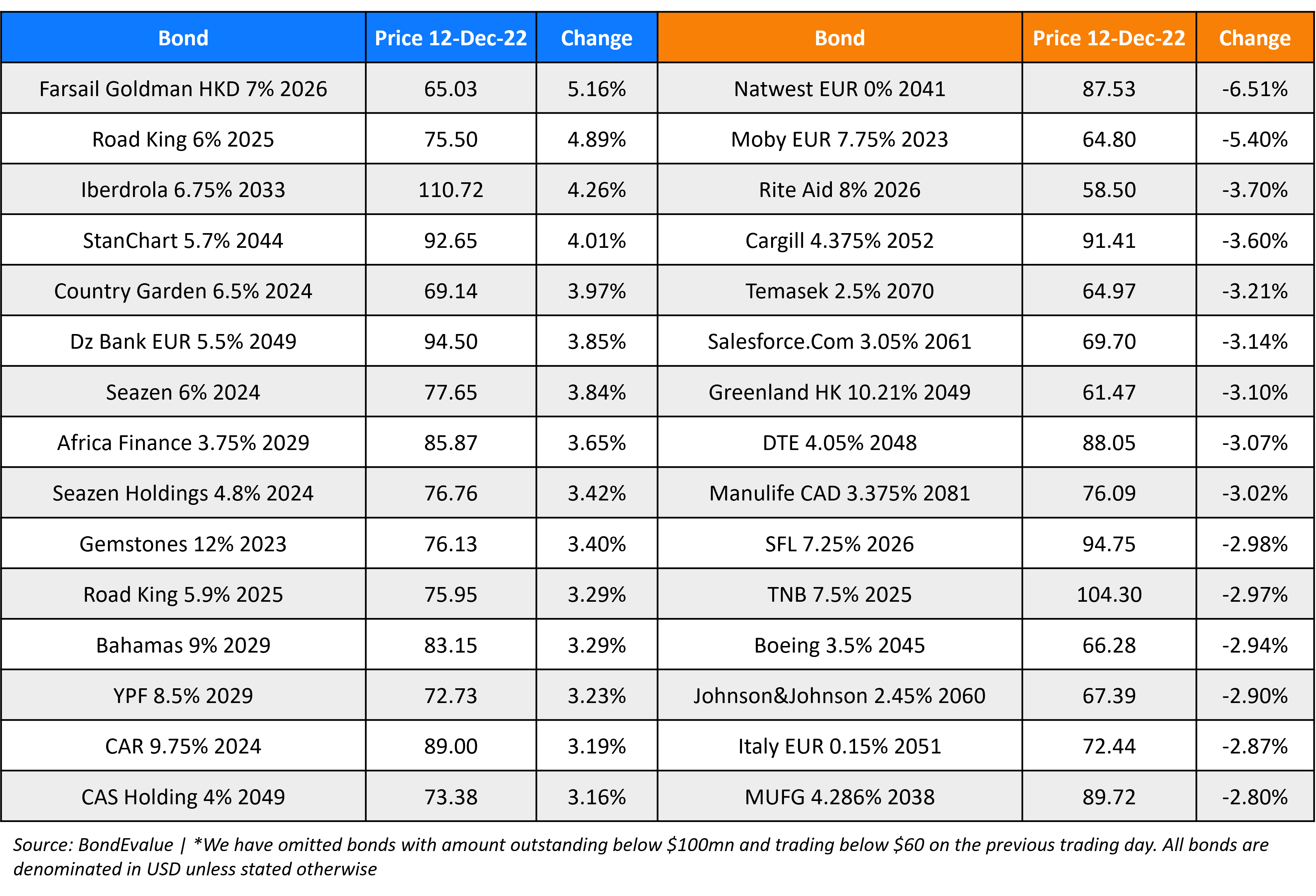