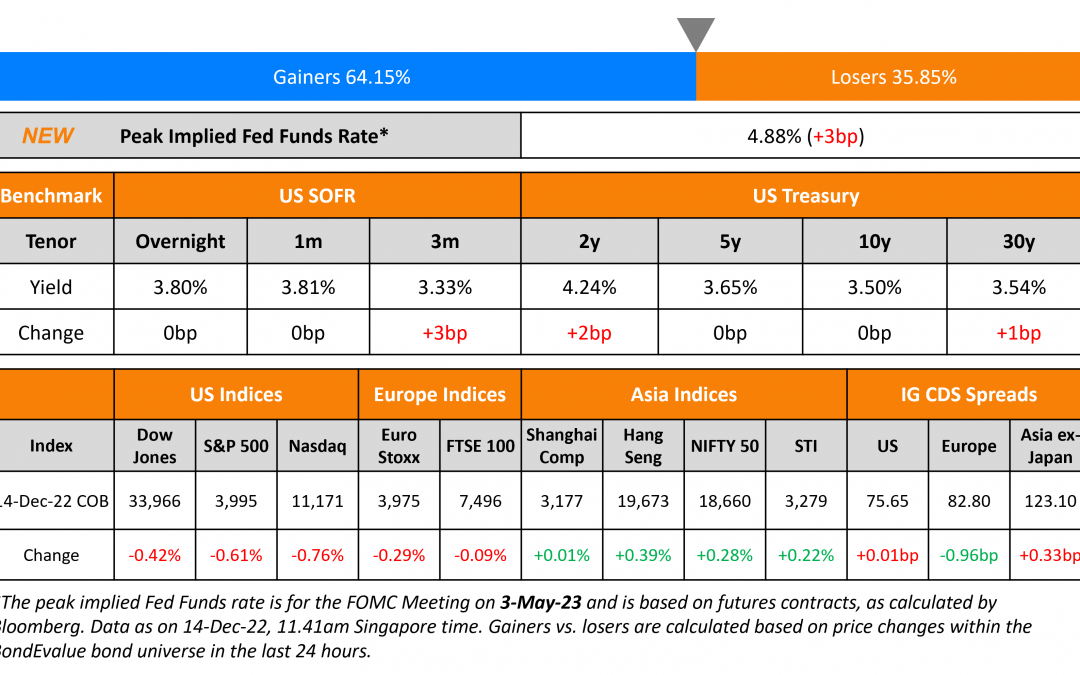 US Treasuries were almost flat yesterday despite a relatively hawkish FOMC meeting where the Fed hiked rates by 50bp and guided for more hikes to come. The FOMC members expect at fed funds rate of 5.1% at end-2023. Fed Chairman Jerome Powell reiterated the they “still have some ways to go” regarding rate hikes and that they are still “not at a sufficiently restrictive policy stance yet”. However when talking about the next meeting on February 1, he said that size of the rate hike would depend on incoming data. He did push back against rate cuts saying, “I wouldn’t see us considering rate cuts until the committee is confident that inflation is moving down to 2% in a sustained way”.

Markets on the other hand have priced in a milder rate hike path for the Fed with the probability of a 25bp hike at the February 2023 now at 76% vs. 35% before the inflation print while the probability of a 50bp hike at the same meeting has fallen to 24% from 51% earlier. The peak Fed funds rate was up 3bp to 4.88% for the May 2023 meeting. US IG CDS spreads were flat while HY CDS spreads widened 0.6bp. US equity markets fell with the S&P and Nasdaq down 0.6% and 0.8% respectively on Wednesday.

Modified Dutch Auctions are a public offering where an issuer bids to repurchase securities by setting prices in a falling structure at which a holder can tender the securities. The buying price will be the highest at which the issuer can buy all securities it has offered to purchase, or a smaller amount if there isn’t a tender of all securities. With Modified Dutch Auction Tender Offers (MDATOs), the issuer pays one fixed price for the tendered securities. Due to this, some holders will receive more than they bid while others will receive less.

This is a variation of a typical Dutch Auction where the price of the offering is determined as the highest price after all bids are taken. For example, US Treasury bond auctions are based on the same principle – the highest price (lowest yield) submitted will be accepted and then move lower down in terms of prices submitted by the other bidders. For example, if the Treasury plans to issue $10bn worth of bonds at a price of $100 and the highest quote by a bidder is at $102, then they will get their full allocation followed by the price at which the next highest bidder bids and subsequently thereafter in descending order till the allocation is completed.

“With the market already priced about a 5% cash rate in the next six months, the Fed dots are just catching up, so I am not surprised at the more muted bond market response,”

The Federal Reserve shouldn’t raise rates anymore after today but he believes there will probably be another 25bp increase. He is skeptical on the view that inflation will stop at 2% once it gets going on the downside, calling it “completely implausible” that the rate would go sideways after reaching that level. Bond markets have “completely priced in the fact that inflation” has peaked and is receding.

“Horse-trading remains the essence of ECB policymaking. The counterpart of slower rate hikes will be hawkish guidance on the terminal rate… accompanied by earlier or faster ‘passive’ QT.”

“A key difficulty is that the ECB does not know how high it will have to go, reflecting huge uncertainty about both transmission and the inflation outlook” 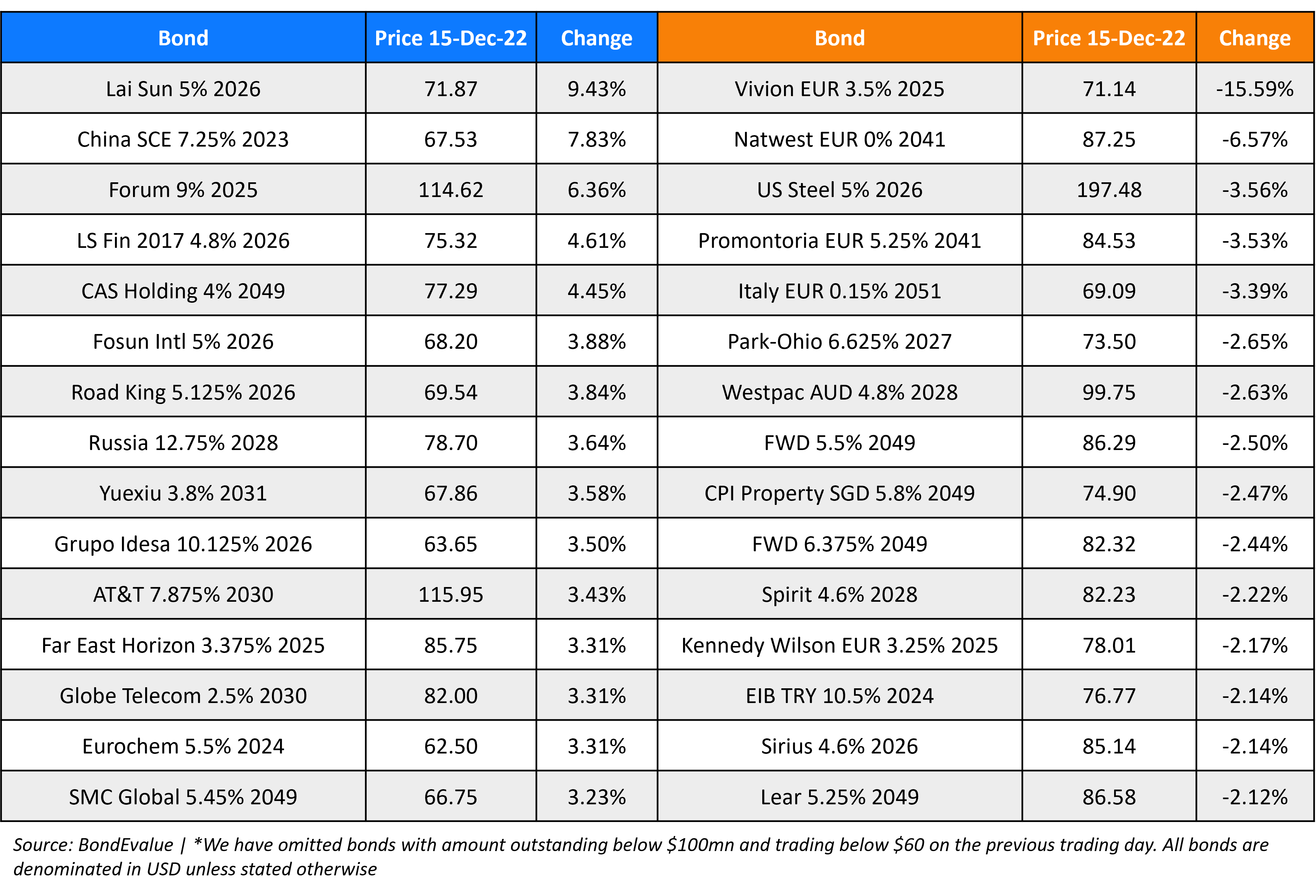