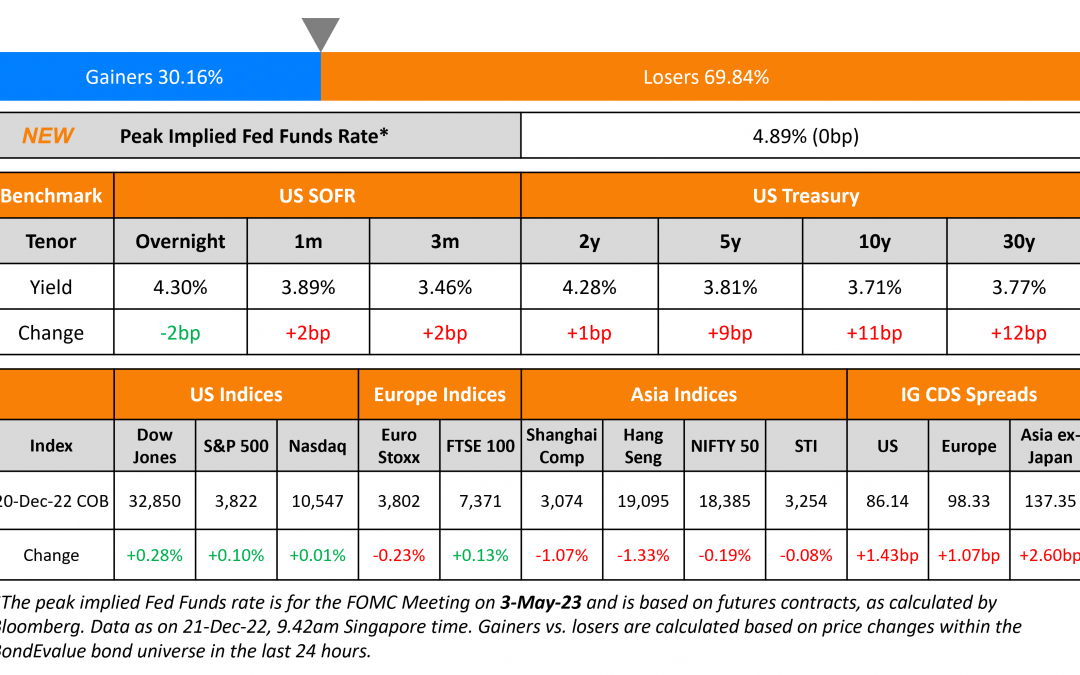 US Treasury 10Y and 30Y yields jumped another 11-12bp higher on Tuesday after an 8bp surge on Monday. The move higher in yields comes after the Bank of Japan’s (BOJ) surprised markets by tweaking their yield curve control policy – they widened the trading band to allow 10Y JGBs to move 50bp on either side of its 0% target, wider than the previous 25bp band. Policy rates were kept unchanged at -0.1%. The US 2s10s curve has bear steepened over the last week from lows of -84bp to currently stand at -57bp.

The peak Fed funds rate was unchanged at 4.89% for the May 2023 meeting. The probabilities of a 50bp hike at the Fed’s February meeting fell slightly to 33% from 38% a day earlier; probability of a 25bp hike stands at 67%, up from 62% a day earlier. US IG CDS spreads widened 1.4bp and HY CDS spreads widened 6.4bp. US equity markets were little changed with the S&P up 0.1% and Nasdaq flat.

Orange bonds are bonds issued where proceeds go towards narrowing gender gap and promoting equality. Gender equality is one among the 17 objectives of the UNSDG with orange being the color of gender equality.

On Global Markets Being Jolted by BOJ Yield Policy Change

“It’s important not to underestimate the impact this could have, because tighter BoJ policy would remove one of the last global anchors that’s helped to keep borrowing costs at low levels more broadly”

“This was bound to happen with inflation rising in Japan, it’s just happened sooner than many thought. It could spark money flowing back into Japan. It will force Japanese investors to raise the hedging on their dollar exposure, which in turn strengthens the yen and becomes a self-fulfilling prophecy of more yen strength.”

“In theory, it’s not a tightening in monetary policy as the yield target is still zero and the BOJ says it will step up bond buying”

“The BOJ action is unequivocally negative for global bonds. If today’s move was the first step toward the end of YCC, suggesting that the yen could appreciate materially from here, Japanese investors may start to sell some of their FX unhedged global bond holdings. This will be more bearish for the long end of US and European bond curves.”

“Almost all of these types of amendments are getting done at an economic benefit to companies and a cost to lenders. Companies have all the incentives in the world to continue to accelerate the process of transitioning from Libor to SOFR if lenders continue to allow them to save money doing so”

“If lenders in fact start paying attention, and blocking the amendments that have either no spread adjustment or lower spread adjustments, then borrowers will have to come back with better terms”

“Following two and a half years of a very strong earnings rebound, base effects should be much more challenging into 2023. Our analysis shows that both earnings and margins typically contract when global GDP (gross domestic product) growth ran below trend” 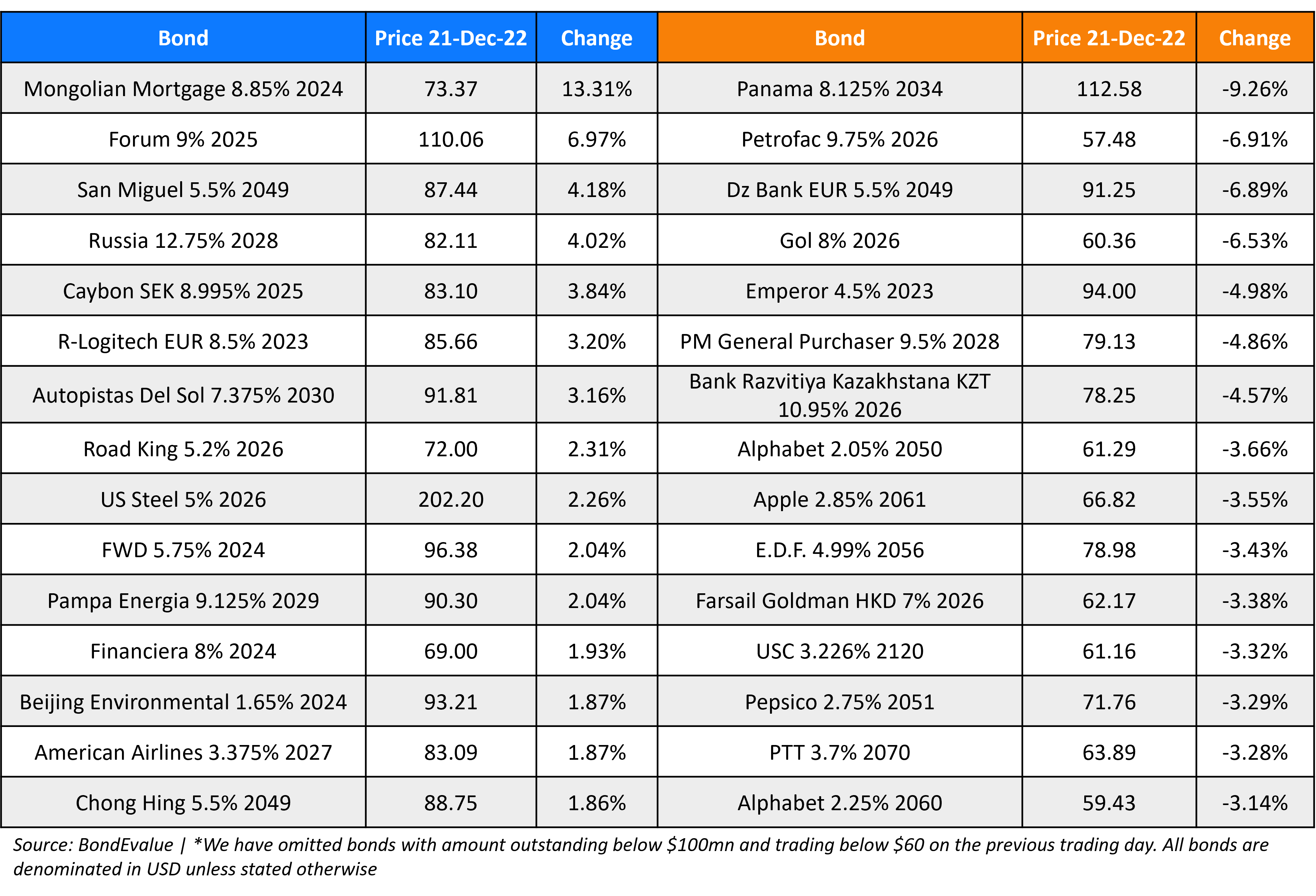