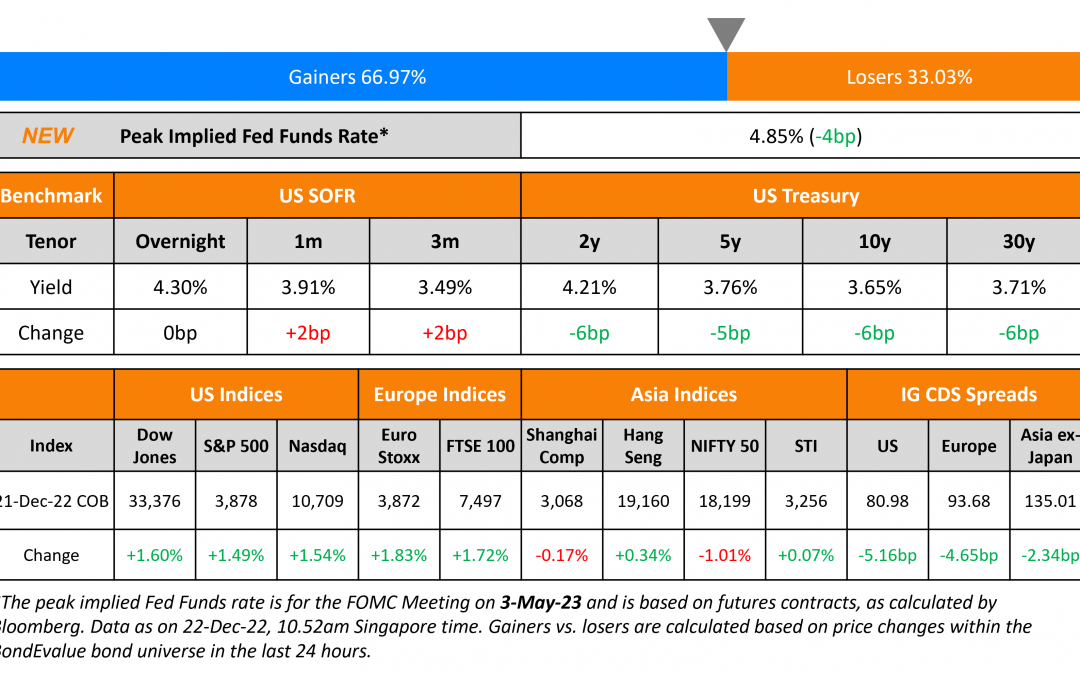 The sell-off in US Treasury yields cooled down on Wednesday by 5-6bp across the curve after surging 11-12bp higher on Tuesday. The peak Fed funds rate was down 4bp to 4.85% for the May 2023 meeting. The probability of a 25bp hike in the FOMC February 2023 meeting stands at 74%, up from 67% a day earlier. US IG CDS spreads tightened 5.2bp and HY CDS spreads tightened 25.6bp. US equity markets jumped higher with the S&P and Nasdaq up 1.5% each with the consumer confidence index rising sharply to 108.3 for December from 101.4 in November.

Term of the Day: Non-Call Risk

As the name suggests, this is the risk of bonds not getting called by the issuer. This is particularly significant in the case of far maturity bonds, Perpetual Bonds (Perps) and AT1s. While market participants often assume that Perps/AT1s will be called on their first call date, that is not always the case. Some of the most prominent cases in the past were that of Santander and Deutsche Bank, which shocked the markets in 2019 and 2020 respectively when they did not call their AT1s on the first call date. Investors must thus account for non-call risk when investing in such bonds.

“Recent downshifts in the size of rate hikes would support market expectations that hike cycles are nearing an end… Headline inflation has peaked for most of the region, but core inflation remains sticky in a few economies.”

On Just 1% of Bond Investors Dodged Mistakes That Sank Rivals

Policy makers will be in no hurry to start cutting rates

“The Fed has let the inflation genie out of the bottle. It’s very difficult to put it back in”

“The worst-case scenario for the Fed is an inflation path that bottoms and goes back up again, which is why we believe they will be slow to signal significant cuts. Not a lot of the market is willing to recognize that risk”

On Dealmaking Slipping by Almost a Third in 2022 Marked by Volatility, Inflation

“It’s really the tale of two years. When we started 2022, people were churning out deals left and right and SPACs were still a thing. Then the landscape for M&A changed dramatically.”

Damien Zoubek, co-head of US M&A at Freshfields Bruckhaus Deringer

“There was so much stuff going on: inflation, the central bank’s response to that with the increase in interest rates, geopolitical stuff, supply chain issues and unbelievable stock market volatility” 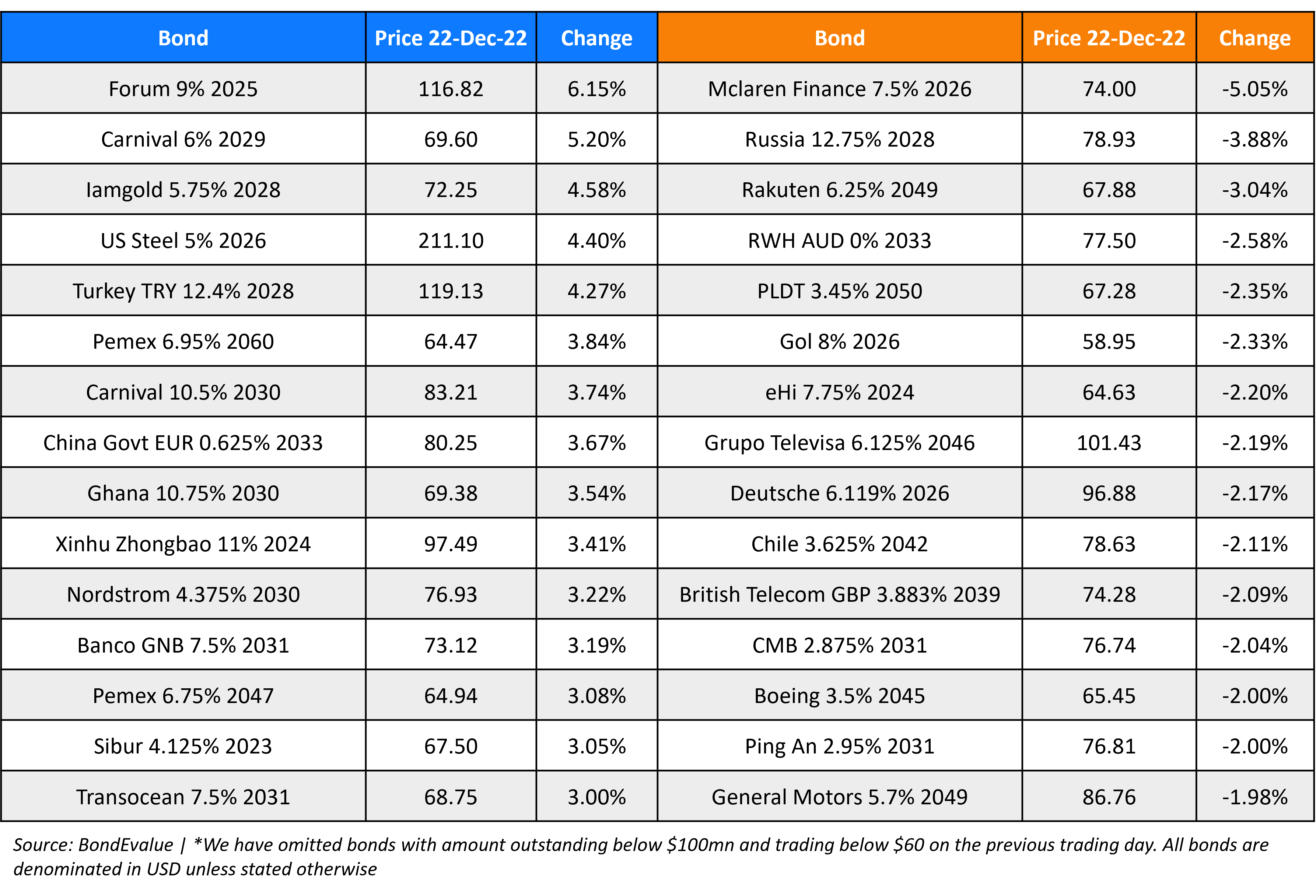