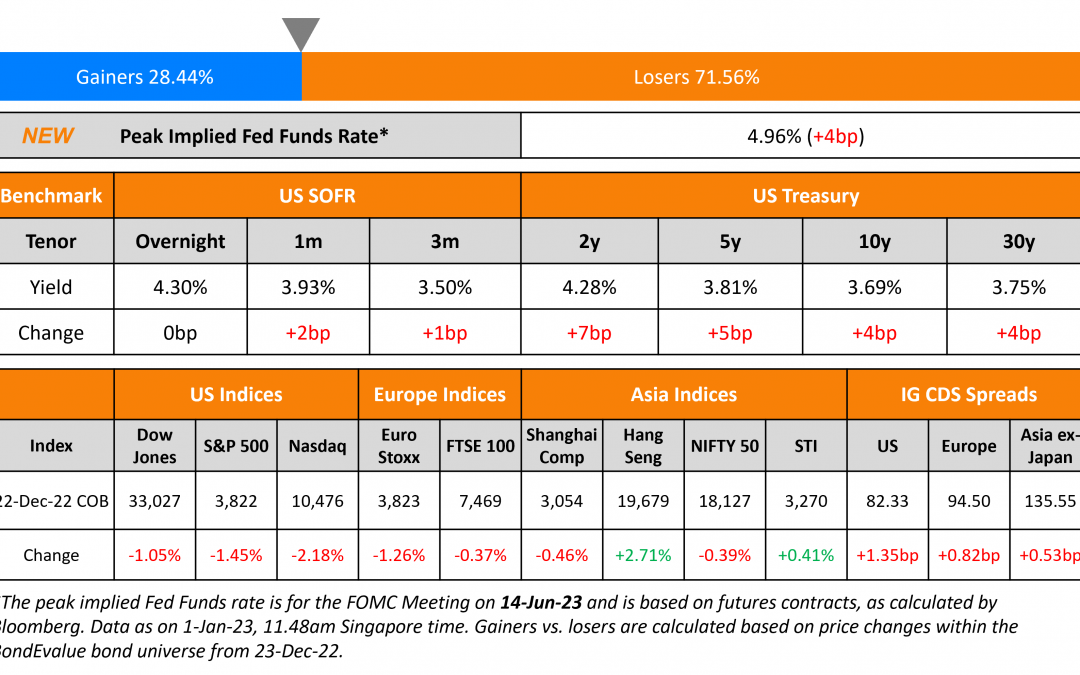 US Treasury yields moved higher last week with the 2Y up 14bp and the 10Y up 18bp, thus leading to a slight bear steepening (Term of the Day, explained below) of the 2s10s yield curve. The peak fed funds rate was up from 4.85% on December 22 to 4.95% for the June 2023 meeting. The probability of a 25bp hike at the FOMC’s February 2023 meeting stands at 68%, almost unchanged since last week. US equity markets ended 2022 significantly lower, with the S&P and Nasdaq down 19% and 33% respectively for the year. Big banks have come out with forecasts for interest rates in 2023 (as seen in the table below). Most large banks expect the fed funds rate to drop by ~25bp from the peak rate of 4.95%. With this, the US 2Y yield is forecasted to fall to less than 4% by most banks from current levels of 4.46%. The US 10Y yield is also expected to ease from current levels of 3.85%. Goldman and HSBC are on extreme ends of the spectrum of forecasts – Goldman expects yield the US curve to move higher and stay above 4.3% while HSBC expects rates to drop significantly across the curve as seen below. 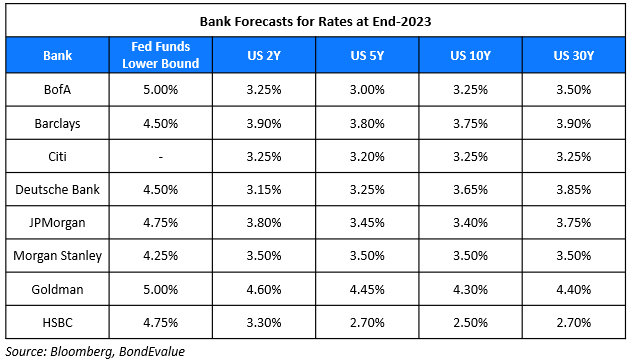 Europe’s DAX and CAC began the new year higher by over 1%, while FTSE was closed. German and Italian 10Y yields dropped 13bp and 15bp respectively yesterday, after having jumped by a similar amount on December 30. Germany’s PMI came at 47.1, lower than the surveyed 47.4. Asian equity markets have opened higher today. Asia ex-Japan CDS spreads widened by 0.5bp. Singapore’s GDP expanded 3.8% in 2022, beating the government’s projection for a 3.5% expansion. China’s December PMI fell to 47 from 48, indicating a contraction in activity with the impact of Covid infections leading to the drop.

“Rates will likely be headed lower, though the move will require further labor market softening and may not occur until later in 2023. We expect the UST curve to dis-invert and move towards a positive slope”

“While the cyclical peak in US yields is likely behind us, we are waiting for further evidence of weakness in the US labour market to switch to a long duration view. US recession and Fed rate cuts will bring a steeper curve”

“Our projections are substantially above forwards over the next six months, and we are looking for higher peak rates than we have witnessed thus far in this cycle”

“Yields should fall and the long end should steepen once the Fed goes on hold, consistent with previous cycles”

“We know wages are increasing, probably at a faster pace than expected. We must not allow inflationary expectations to become de-anchored or wages to have an inflationary effect. We need to be careful that the domestic causes that we are seeing, which are mainly related to fiscal measures and wage dynamics, do not lead to inflation becoming entrenched” 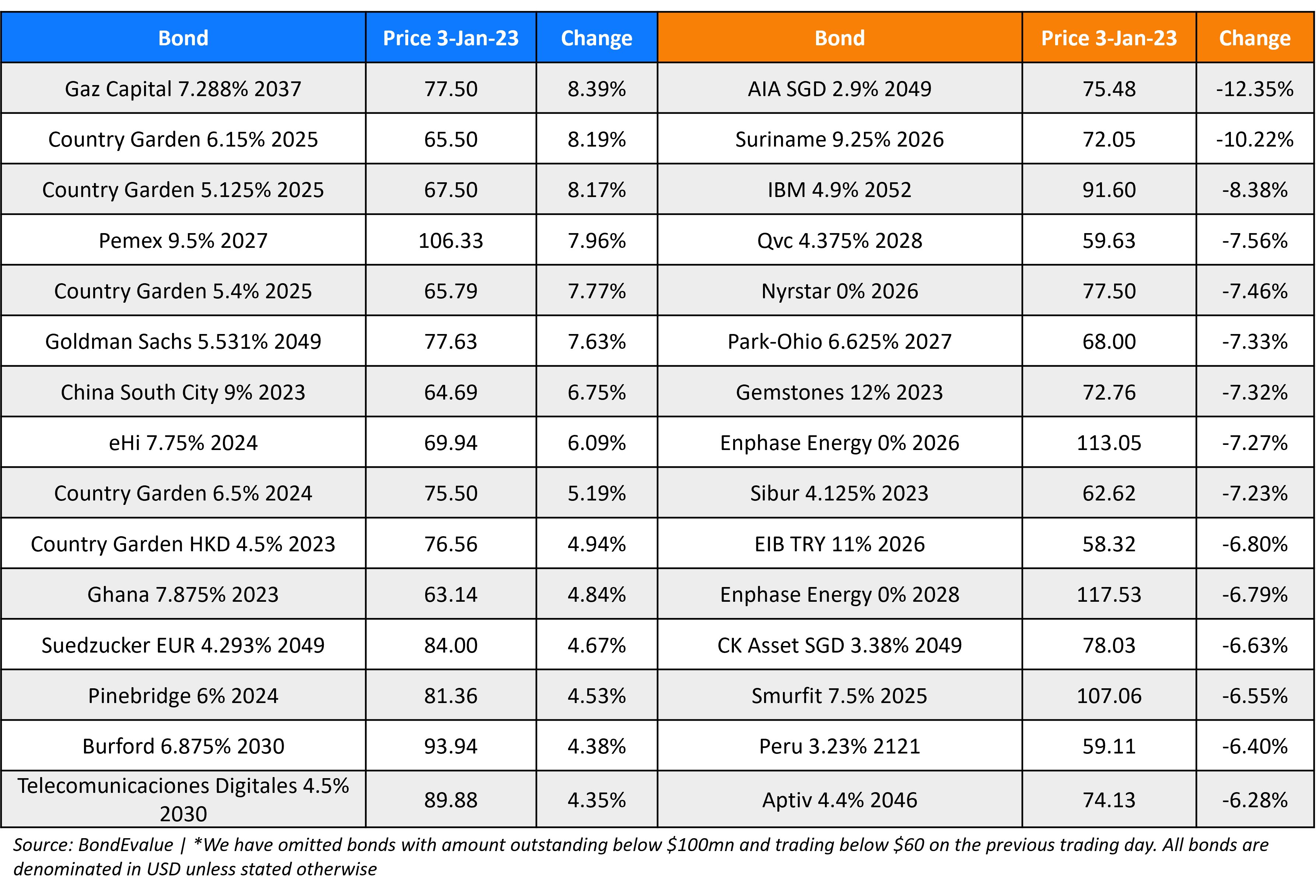