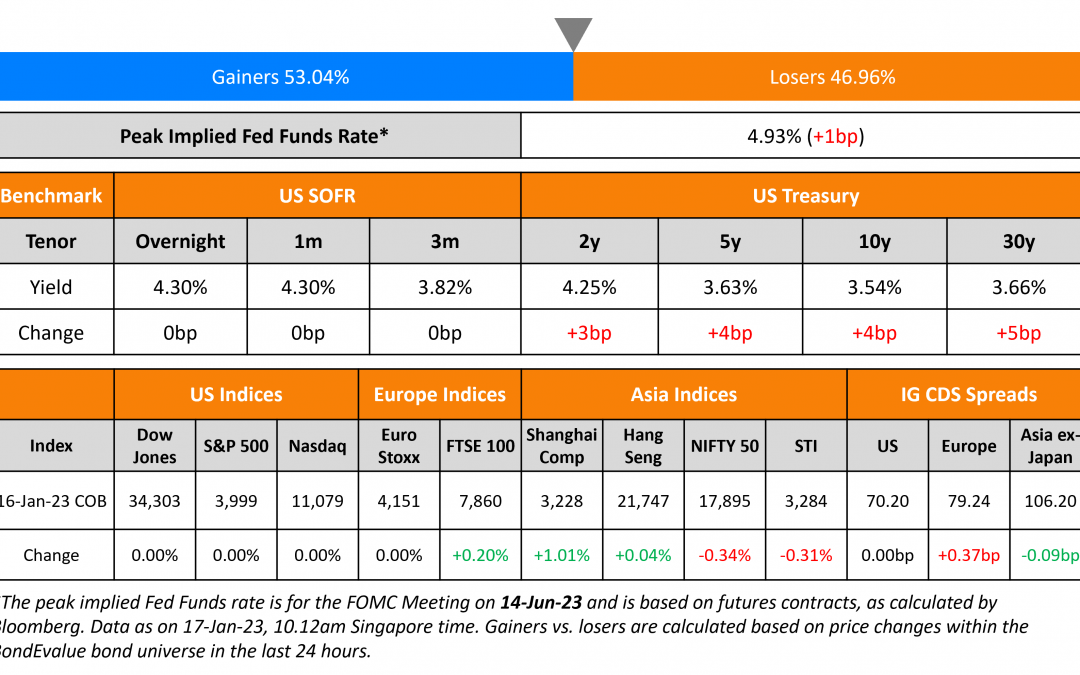 US Treasury yields moved higher by 3-5bp across the curve. The peak Fed funds rate was 1bp higher at 4.93% for the June 2023 meeting. The probability of a 25bp hike at the FOMC’s February 2023 meeting  stands at 91%, almost unchanged. US equity markets ended were closed on account of Martin Luther King Day. US CDS markets were also shut.

European equity markets ended slightly higher. The European main and crossover CDS spreads widened by 0.4bp and 6.4bp respectively. Asian equity markets have opened mixed today. Asia ex-Japan CDS spreads tightened by 0.5bp. All eyes now focus on the BOJ’s monetary policy meeting decision due tomorrow where markets are expecting a further alteration in policy. This comes after the BOJ surprised markets in December by tweaking their yield curve control (Term of the Day, explained below) policy where they widened the trading band to allow 10Y JGBs to move 50bp on either side of its 0% target, wider than the previous 25bp band.

BPCE raised €2.75bn via a two-tranche deal. It raised:

Proceeds will be used for general corporate purposes and capital adequacy regulatory purposes.

Yield Curve Control (YCC) is a policy that targets long term interest rates by buying or selling long term bonds to keep the interest rate from rising above it’s target. This is a measure taken to stimulate economic growth. Yield curve controls are also sometimes referred to as Interest Rate Pegs. The Bank of Japan (BOJ) is famous for having a YCC policy in place where they peg the yield on 10-year Japanese Government Bonds (JGB) to fight persistently low inflation.

“We are in the early phase of recovery in terms of asset prices. A recovery or normalization of the Chinese economy will be positive for global growth at the margin”

“We think this is a real turning point for the Chinese economy, its underlying assets, and the broader emerging market universe”

“Just two weeks into the year, and it feels like the big ‘buy dollar’ trade of 2022 is turning into the hottest macro short now… we are also being driven by a reversal in China with Zero Covid scrapped well ahead of when it was expected.”

“Macro forces once constraining USD weakness are now amplifying it. Global growth is showing signs of buoyancy, macro and inflation uncertainty are waning, and the USD is rapidly losing its carry advantage”

“Some arbitrage trading seem to be going on that involves short positions on cash bonds and long positions on futures. The very low amount of bonds left in the market and the increase in BOJ lending of the securities suggest arbitragers may be borrowing bonds” 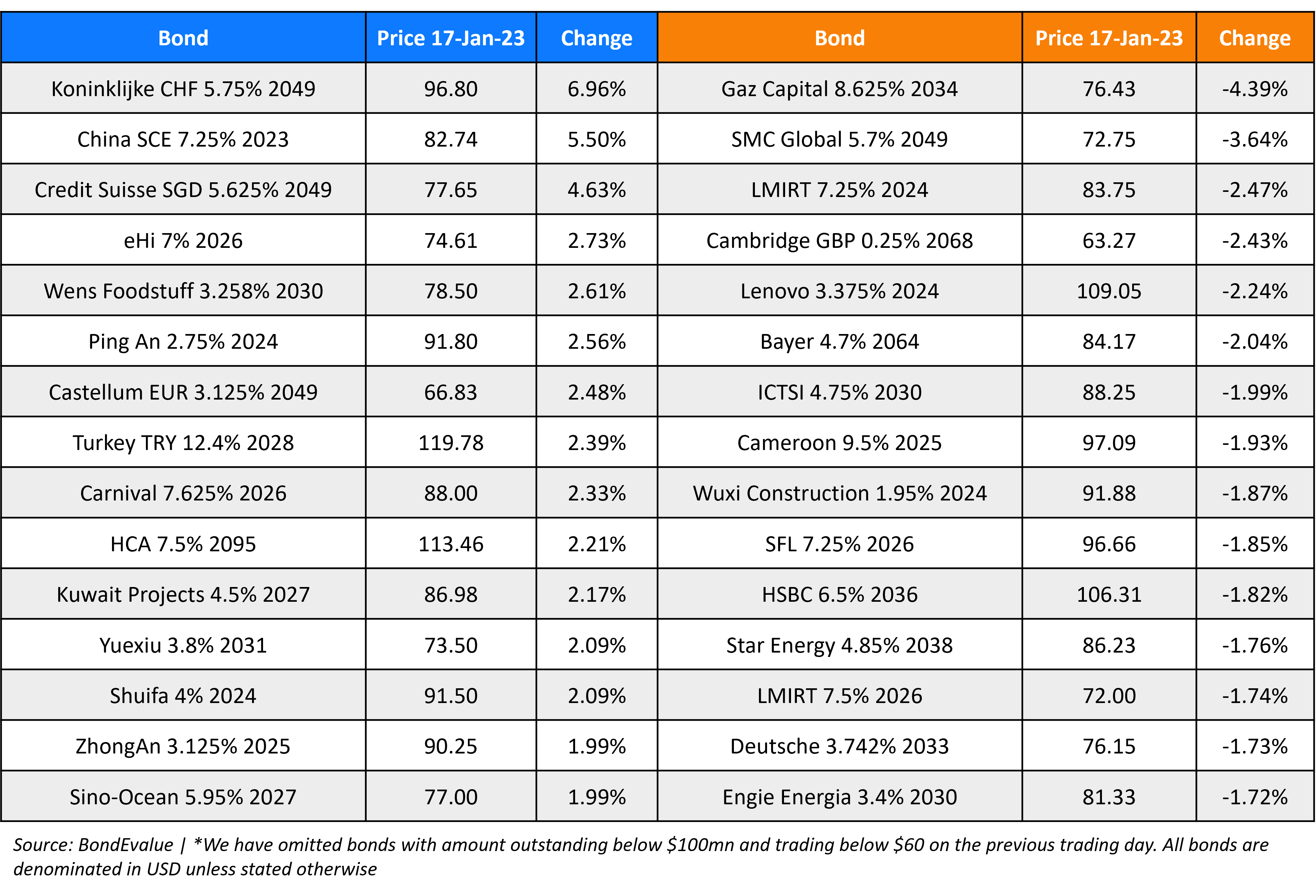