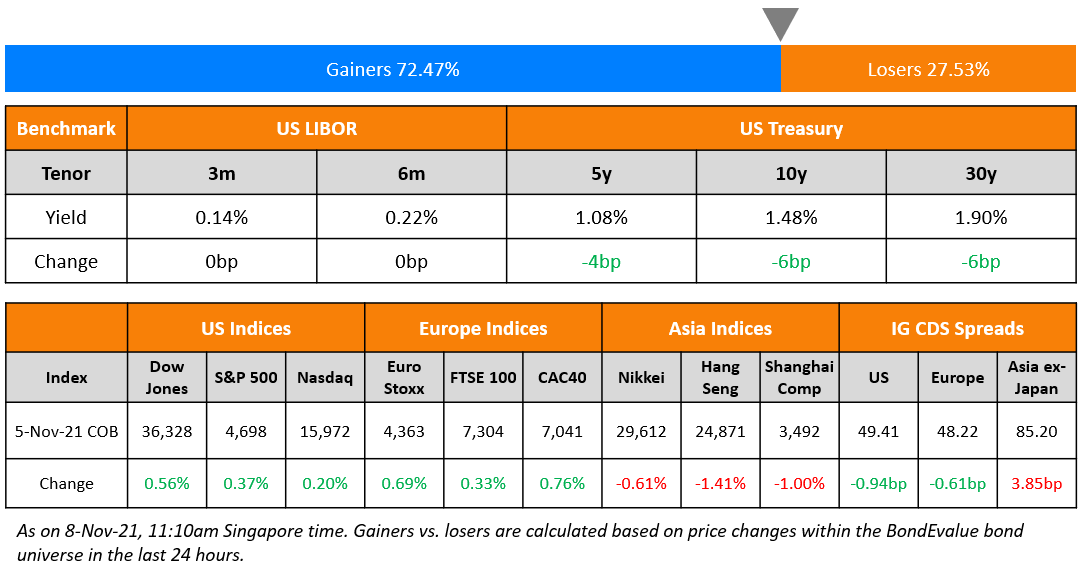 US equities ended higher again on Friday with the S&P and Nasdaq up 0.4% and 0.2% respectively. Energy, Industrials and Utilities led sectoral gains, up 1.2% and 1% with all sectors in the green barring Healthcare which was down 1%. US 10Y Treasury yields were 6bp lower at 1.48% after the Goldilocks economy (Term of the Day, explained below) jobs report on Friday. European stocks were mixed with the DAX, CAC and FTSE up 0.2%, 0.8% and 0.3% respectively. Brazil’s Bovespa was up 1.4%. In the Middle East, UAE’s ADX was up 1% and Saudi TASI was up 0.8% on Sunday. Asian markets have opened mixed – Shanghai was up 0.1% and STI was up 0.5%, while HSI and Nikkei were down 0.6% and 0.1% respectively. US IG and HY CDS spreads were 0.9bp and 5.6bp tighter. EU Main CDS spreads were 0.6bp tighter and Crossover CDS spreads were 3.6bp tighter. Asia ex-Japan CDS spreads widened 3.9bp.

US NFP came at 531k, beating forecasts of a 450k addition in payrolls. Unemployment rate also came better than forecasts at 4.6%.

Pujiang State-owned Capital Investment raised $50mn via a 3Y bond at a yield of 2%, 20bp inside initial guidance of 2.2% area. The bonds are unrated. Proceeds will be used for infrastructure construction and working capital. The bonds are supported by a letter of credit from the Bank of Hangzhou Jinhua branch. The issuer is a state-owned asset management and infrastructure construction entity in the Pujiang county government in China’s Zhejiang province.

A goldilocks economy is a term used to characterize a state of the economy when it is neither growing too fast nor too slow. This is the ideal rate of growth where interest rates don’t move much higher as inflation doesn’t rise too much, nor do rates fall since the economy is growing at a moderate pace, hence reducing uncertainty of monetary policy. The latest NFP data saw a 531k increase in October which economists say was a goldilocks jobs report i.e, “not too hot, not too cold”, allaying concerns that rising inflation, a severe labor shortage and slowing economic growth would slow down jobs creation.

On Fed’s Inflation Risk Putting Summers at Odds With Krugman

“If you look ahead of you and you see that there might be all the traffic stopped, you start braking your car as early as you can — even if it means that it’s going to slow you down in the event that there is no traffic jam…That’s, I think, the right way to think about the central bank’s problem right now…If we let inflation accelerate, there’s almost no proven ability at the central bank to engineer a soft landing… In order to squeeze out an extra bit of hoped-for labor market tightness, we’re taking a real risk that we’re setting up for a very serious problem.”

“Central banks are trapped. Either rate path they decide to walk on will lead to more volatility.”

“The market should be calmer for the next few months… Powell went out of his way in saying they don’t think they are close to meeting the criteria for rate hikes”.

“Expectations are that the Fed will be patient…One data point isn’t going to change that. And you are seeing that in the market’s reaction.” 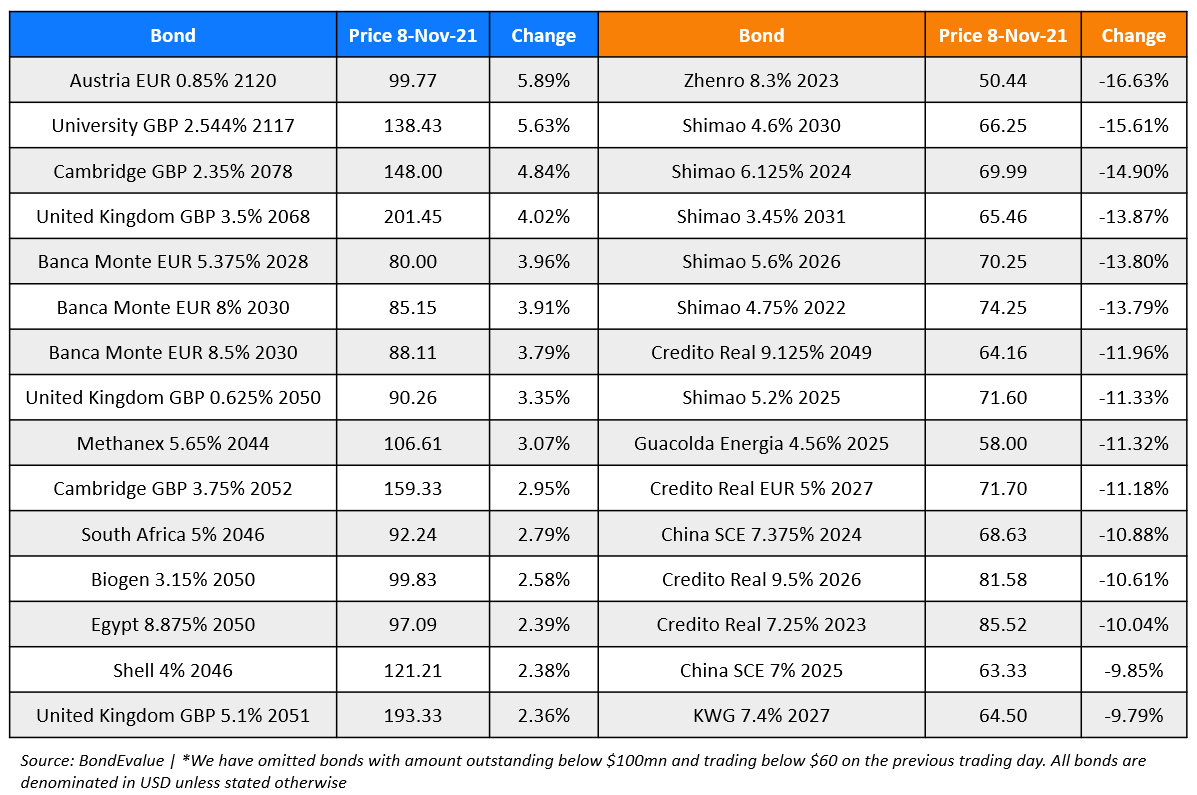