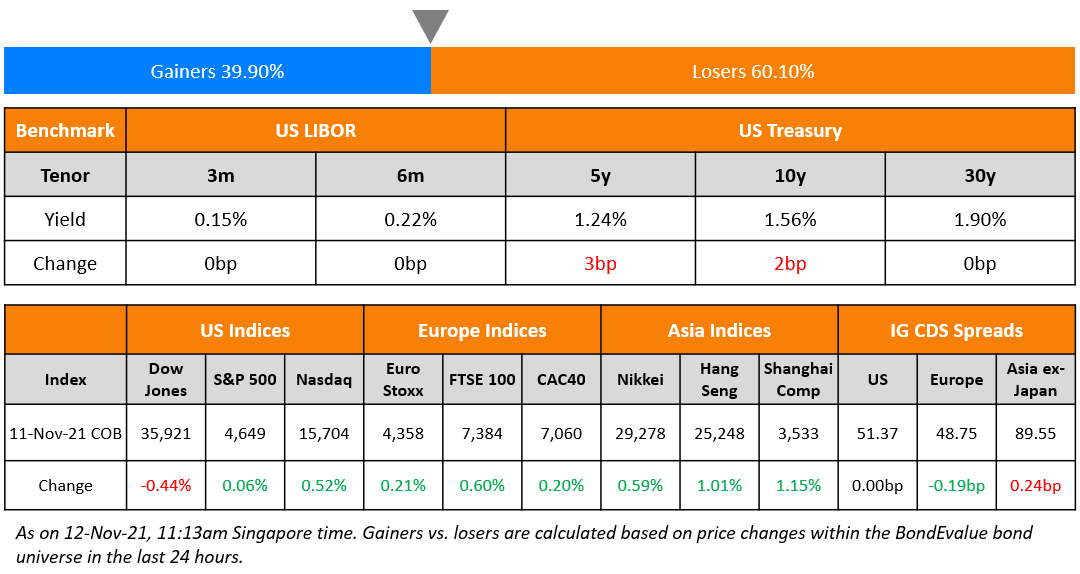 US industrial production and manufacturing production came lower at 2.9% and 2.8% YoY for September vs. expectations of 3.1% each. Peru’s central bank hiked rates by 50bp to 2% in an effort to curb its current inflation of 5.8%, the fastest since 2009. Uruguay’s central bank also hiked its policy rate by 50bp to 5.75% in order to help lower inflation expectations that remain above its 3-6% target. The Mexican central bank hiked its policy rate by 25bp to 5%, after inflation accelerated to 6.24% YoY in October, more than double the central bank’s target of 3%, ±1%.

Peru raised €1bn via a 15Y social bond at a yield of 2.071% or MS+175bp, 25bp inside initial guidance of MS+200bp +/- 5bp area. Proceeds will be used for pre-finance purposes for next year, budgetary requirements for this year and to fund eligible social programs under its sustainable bond framework, including affordable housing, education, and healthcare. The notes are rated BBB (Fitch), in line with Peru’s credit rating, and received orders of  €1.2bn, 1.2x issue size. Europe took 80%, America 14%, Asia 2% and the other regions 4%. Asset managers received 66%, insurance companies 12%, banks took 7%, pension funds 4% and the remaining 9% went to others.

Hong Kong Overnight Interest rate Average (HONIA) is the overnight interest rate at which banks would lend funds in the interbank markets, denominated in HKD. This is considered an effective benchmark and has been identified to replace the Hong Kong Interbank Offered Rate (HIBOR). HONIA is similar to the SONIA in UK and EONIA in Europe. Hong Kong is planning to issue its first HONIA floating-rate bond as “part of the efforts to promote the usage of alternative reference rates and further the local bond market development”.

“So the elimination of the condition and therefore the end of the programme could – depending on the inflation development – happen in September or at the end of the year… The data analyses we have show that additional lending effects were very low… I see no reason for this to keep on running – the economic effect is low… Inflation being below 2 per cent at the end of 2022 – I wouldn’t bet a lot of money on that happening.”

“The Fed’s idea of confronting now 6% inflation is to take their balance sheet higher by another $500b over the next 8 months and still have rates at zero… At least right now they are not credible, but we’ll see if the reality of the data and/or markets forces their hand to act more aggressively but to the risk of market valuations and eventually the economy.”

Some people make the mistake of thinking that they are getting richer because they are seeing their assets go up in price without seeing how their buying power is being eroded… The ones most hurt are those who have their money in cash… When a lot of money and credit are created, they go down in value, so having more money won’t necessarily give one more wealth or buying power… Printing money and giving it away won’t make us wealthier if the money isn’t directed to raise productivity.” 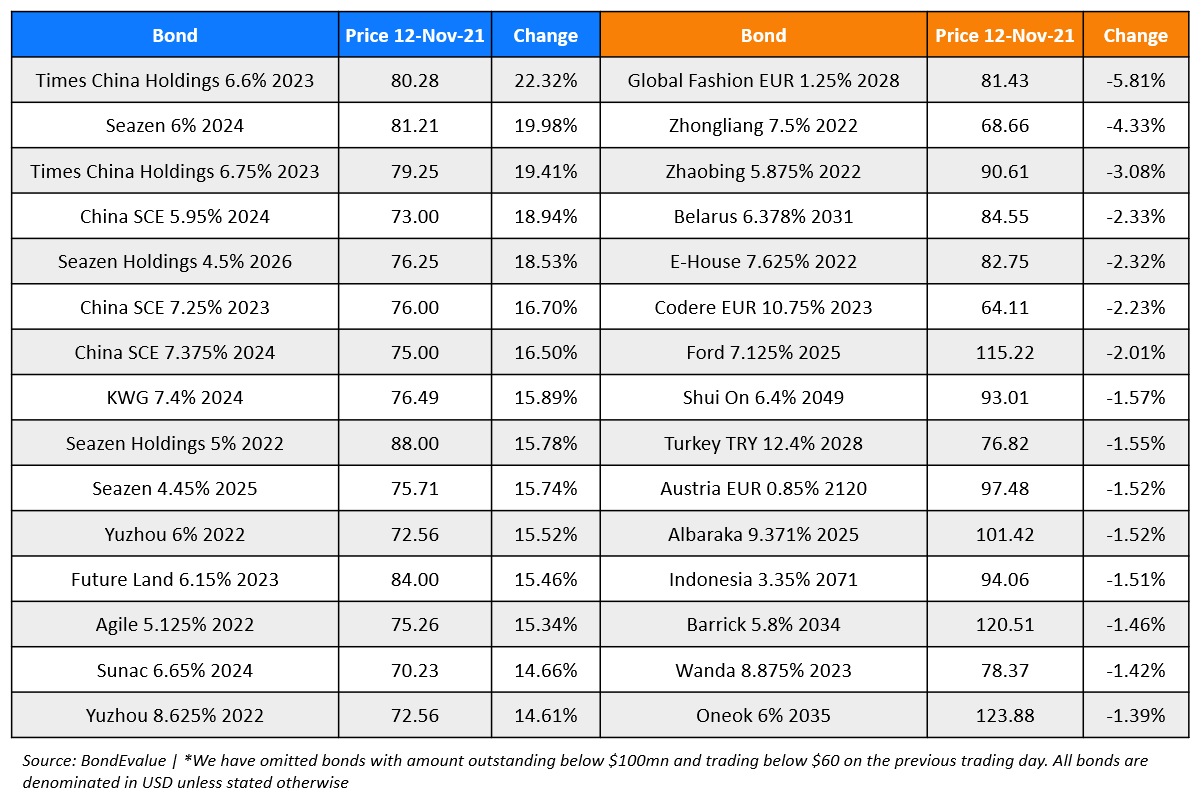