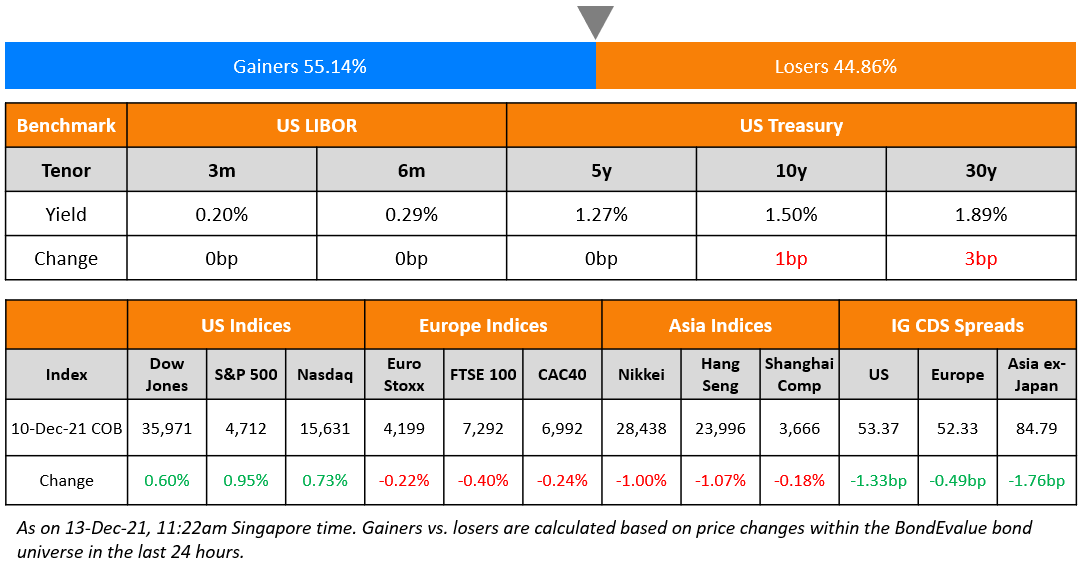 US CPI YoY for November came at 6.8%, in-line with expectations. Separately, Sri Lanka’s finance minister Basil Rajapaksa said that the country will not default on its debt repayments in 2022 despite facing a depletion in its forex reserves. He said, “I will assure that every dollar that we have to pay will be paid”.

Jingjiang Port raised $98mn via a 3Y bond at a yield of 1.95%, 15bp inside initial guidance of 2.1% area. The bonds are unrated. Proceeds will be used for projects construction, debt repayment, working capital and general corporate purposes. The bonds are supported by a letter of credit from Bank of Shanghai Nanjing branch.

Baoji Investment raised $60mn via a 3Y bond at a yield of 3.35%. The bonds are unrated. Proceeds will be used to repay offshore debt. The bonds are supported by a letter of credit from Bank of Xi’an.

The Breakeven Rate aka Treasury Breakeven Rate refers to the difference between the nominal Treasury bond’s yield and that of Treasury Inflation Protected Securities (TIPS). Higher breakeven rates imply that inflation is rising and lower breakevens imply a slowdown in inflation. Bloomberg notes that the US 5Y breakeven rate, which hit a record high last month, were at 2.80% Friday.

“The characterization of inflation as transitory — it’s probably the worst inflation call in the history of the Federal Reserve… It results in a high probability of a policy mistake. So the Fed must quickly, starting this week, regain regain control of the inflation narrative and regain its own credibility. Otherwise, it will become a driver of higher inflation expectations that feed off themselves.”

“It is a leading indicator of the economy,” she said. “It doesn’t get everything right, but you wouldn’t, also, want to completely ignore it.”

“The term structure in the U.S. is already pricing cuts, even before the tightening cycle has started.”

“Usually the Fed raises rates until they break something. And the flattening yield curve is suggesting it won’t take much to break something — maybe just a move to 1% and we’ll start seeing breakage”

“It’s the expectation that short-term rates are going to increase and a risk that by moving too aggressively the Federal Reserve and other central banks could choke off the recovery. That’s what the bond market is saying. I don’t necessarily agree”

“The yield curve is too flat. Quantitative easing and asset purchases have both become very significant portions of what central banks do. Because of that longer-return yields are less of a natural signal.”

On Lenders Seizing $63m worth of Evergrande chair’s shares

“I think a fair interpretation is that the markets were already pricing in a very high probability of default. The second is that the market environment has been changed to some extent by the easing of measures and state policy.” 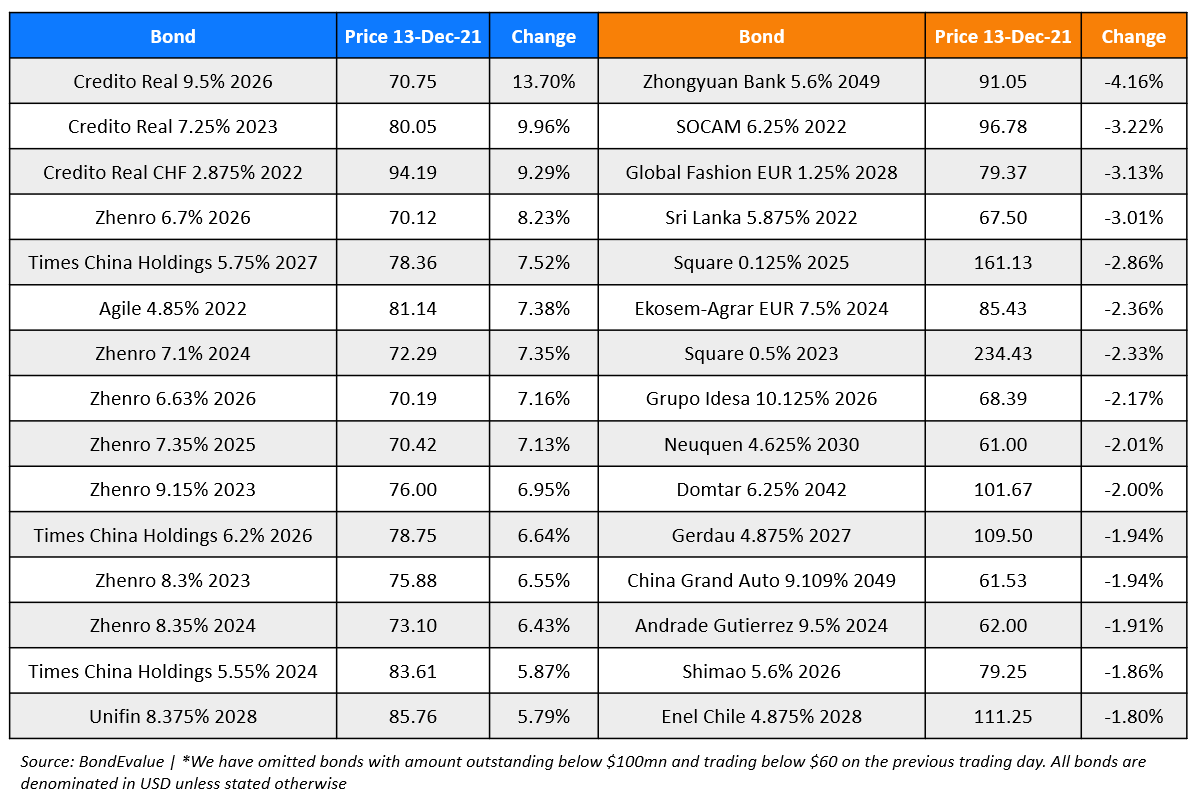