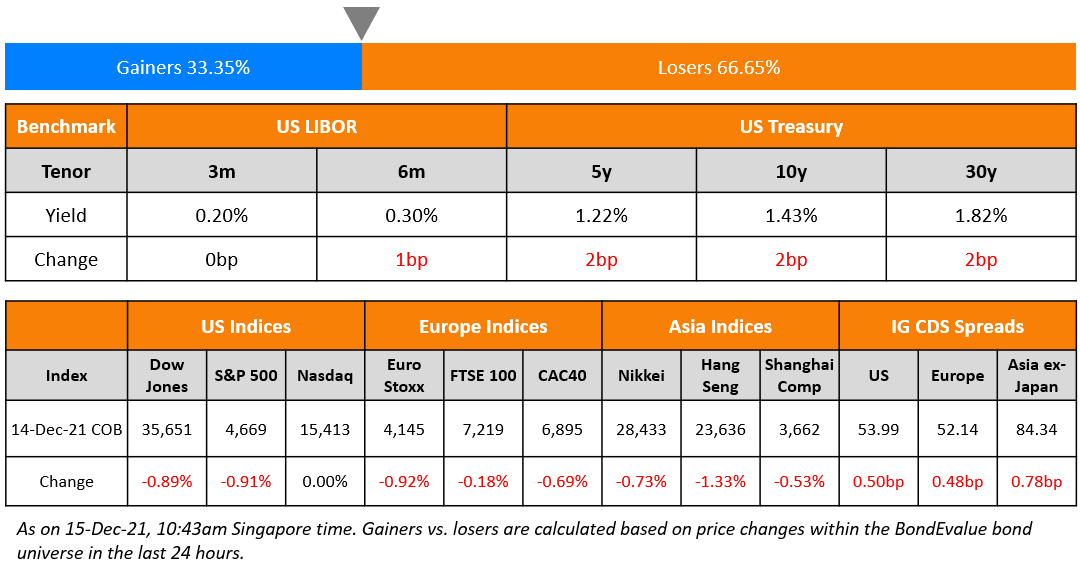 US equity markets continued its move downward with the S&P and Nasdaq closing 0.8% and 1.1% lower. All sectors barring Financials were in the red led with IT Real Estate and Industrials down over 1% each. US 10Y Treasury yields moved 2bp higher to 1.43% with the FOMC meeting decision later today. European markets were lower too with the DAX, CAC and FTSE down 1.1%, 0.7% and 0.2% respectively. Brazil’s Bovespa was down 0.6%. In the Middle East, UAE’s ADX was down 1.1% while Saudi TASI ended flat. Asian markets have opened mixed with Shanghai flat, HSI up 0.3% while STI and Nikkei were down 0.3% and 0.1% respectively. US IG CDS spreads widened 0.5bp while HY CDS spreads widened 3.1bp. EU Main CDS spreads were 0.5bp wider and Crossover CDS spreads were 2.6bp wider. Asia ex-Japan CDS spreads widened 0.8bp.

China’s November Industrial Production rose 3.8% YoY vs. forecasts of 3.6%. Retail Sales and Fixed Asset Investments however, were softer at 3.9% and 5.2% vs. forecasts of 4.6% and 5.4% indicating some signs of slowing down.

Qingdao High-Speed Train raised $50mn via a 3Y bond at a yield of 2.9%. The bonds are unrated. The bonds are supported by a letter of credit from the Bank of Qingdao for up to $51.225mn. Parent Qingdao Bullet Train Town Investment Group, a state-owned Chinese infrastructure construction and park services provider has provided a keepwell.

On the clockwork-like trading pattern in US bond futures

“Pension demand is a structural bid in the long-end” of the Treasury yield curve.

In a study by Morgan Stanley

Demand from pension funds could “flatten the curve more than normal for a rate hike cycle.”

According to the IMF

“It would be important to avoid inaction bias, in view of costs associated with containing second-round impacts [of inflation].” A shift towards lower Treasury spending in 2022-2023 would “help contain demand in the short run with the benefit of also reducing the drag on growth in [the medium term]”. “It is important to bear in mind that initial steps [to raise interest rates] would still leave policy accommodative, that changes in policy can provide important signals to dampen inflation expectations, and that policy is best focused on the period 12 to 24 months out, when it has its maximum impact (and this would be beyond near-term Covid-19 developments).”

“We are in no position today yet to identify to what extent [this labour market tightness] is due to the pandemic and what role Brexit may play in it,” she said.

On the Bank of Japan’s quiet approach to tapering

“The whole tapering debate is something the BOJ avoids.” “In a way you can say that what they are doing, they are doing pretty well.”

“That facilitated a stealthy early withdrawal for the BOJ. In contrast, the Fed is now left in the position of accelerating its taper and communicating that in a way that doesn’t derail equity markets,” she said. 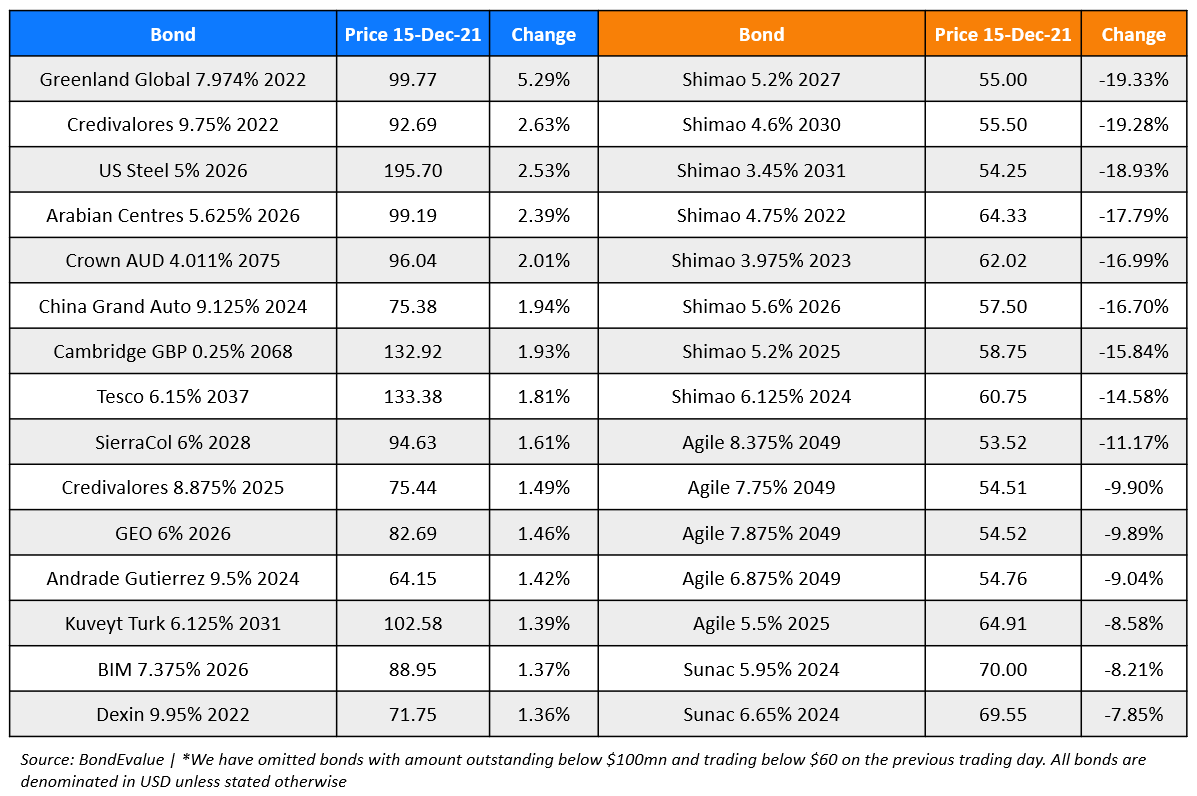