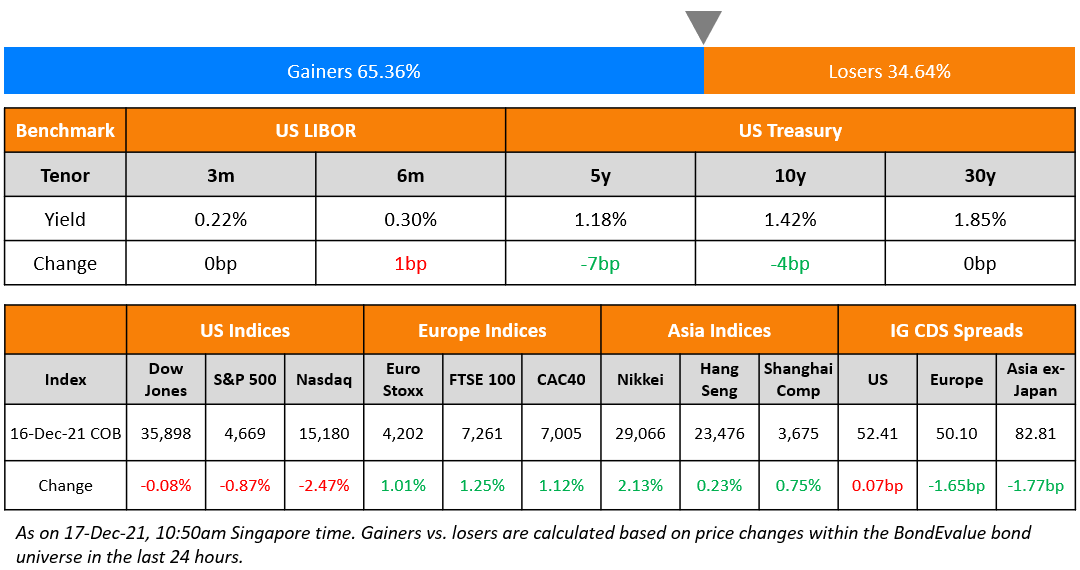 US equity markets retraced after moving higher on Wednesday with the S&P down 0.9% and Nasdaq seeing a sharp dip, down 2.5% higher. IT and Consumer Discretionary led the losers, down 2.9% and 2.2% respectively. US 10Y Treasury yields moved 4bp lower to 1.42%. European markets ended higher with the DAX, CAC and FTSE up 1%, 1.1% and 1.3% respectively. Brazil’s Bovespa was up 0.8%. In the Middle East, UAE’s ADX was up 0.4% and Saudi TASI ended 1.5% higher. Asian markets have opened lower following Wall Street’s downward move – Shanghai, HSI, STI and Nikkei were down 0.7%, 1% 0.2%, and 0.9% respectively. US IG CDS spreads widened 0.1bp and HY CDS spreads widened 2.7bp. EU Main CDS spreads were 1.7bp tighter and Crossover CDS spreads were 7.6bp tighter. Asia ex-Japan CDS spreads tightened 1.8bp.

Eurozone, Germany and France Flash PMI reports also came out yesterday. Eurozone’s December Manufacturing PMI came at 58 vs. 57.8 forecasted while Services PMI was at 53.3 vs 54.3 forecasted. German and French Manufacturing beat forecasts with a 57.9 and 54.9 print. However, while French Services came stronger at 57.1, German Services PMI disappointed with a contraction to 48.4.

Wuxi Guangyi Construction raised $150mn via a 3Y bond at a yield of 1.95%, unchanged from initial guidance. The bonds are unrated. Proceeds will be used for project construction and working capital. The bonds are supported by a letter of credit from the Bank of Jiangsu Wuxi branch.

Huangshi State-Owned Assets Management raised $98mn via a 35-month bond at a yield of 2.8%. The bonds are unrated. Proceeds will be used for project construction, onshore debt repayment and working capital. The bonds are supported by a letter of credit from China Bohai Bank Wuhan branch.

The neutral rate aka natural rate is the theoretical federal funds rate at which point the US Federal Reserve monetary policy is neither accommodative nor restrictive. In other words it is the short-term real interest rate that is consistent with the economy maintaining full employment and price stability. This rate is inferred and calculated via models and varies based on economic and financial market factors.

“Many people have been vaccinated, and booster campaigns have accelerated… Society has become better at coping with the pandemic waves and resulting constraints. This has lessened the pandemic impact on the economy.”

“It does not seem that the Fed or other central banks are feeling it necessary to ignore the very strong signals and elevated inflation readings they’ve seen just because of Covid… In fact we’re seeing actions to the contrary.”

“Previous economic frameworks were about what happens to demand growth.” “Now it’s about the hit to demand versus the hit to supply. That is changing the calculus.”

On the view that growth shares will outperform only when yields breach 3% – Jim Paulsen, chief investment strategist at The Leuthold Group

“Throughout the post-war era, when bond yields were below 3%, growth stocks provided investors with consistently higher returns and much lower volatility than value stocks.” “Even though bond yields appear poised to rise in the coming years, the 10-year yield would need to double before the sweet spot for growth stocks is lost and growth finally loses its mojo.” “Investors should not be ‘all in’ with growth stocks, nor even necessarily overweighted.” “But until the 10-year yield breaches 3%, history strongly advises against moving too aggressively away from growth to embrace the value story fully.”

According to the Bank of Mexico (Banxico) board

“The balance of risks for the trajectory of inflation within the forecast horizon deteriorated further and remains biased to the upside.”

“It was necessary for the central bank to accelerate the tightening based on the latest inflation numbers and based on other developments.” “The market shouldn’t conclude that it’s 50 [basis points] going forward.”

According to analysts at BBVA

“We would expect foreign inflows to remain stagnated, as uncertainty regarding the current tightening cycle will continue due to the probable noise resulting from the new composition of Banxico’s board.”

Paulo Guedes, Brazil’s finance minister
“It has been years since they were needed here. They stayed because they like feijoada [black bean and meat stew], football, good conversation and, from time to time, to criticise and make wrong predictions.” “We told them to forecast elsewhere.” “If they want, they can keep their office, but we’re officially saying we don’t need to have them here any more.” “[The forecasters] are making mistakes all the time. They said [the economy] will collapse — it dropped less than expected. They said it will not recover — it recovered in V-shape. They said it will not grow — it’s growing 5 per cent this year.”

Charles Robertson, chief economist at Renaissance Capital
“The IMF is concerned about the scale of Brazil’s fiscal deficit and its rising debt levels and that’s not what [President Jair] Bolsonaro wants to hear about.” “It could be that the IMF is being quite good at doing what it does, which is to dig into the details on the fiscal side, and the government would rather that didn’t happen before [next year’s] elections.”

“Scenarios with higher fiscal risk include a higher neutral interest rate.” “As the central bank changes its opinion on the implicit probability of the alternative scenarios, so does the neutral rate change.” 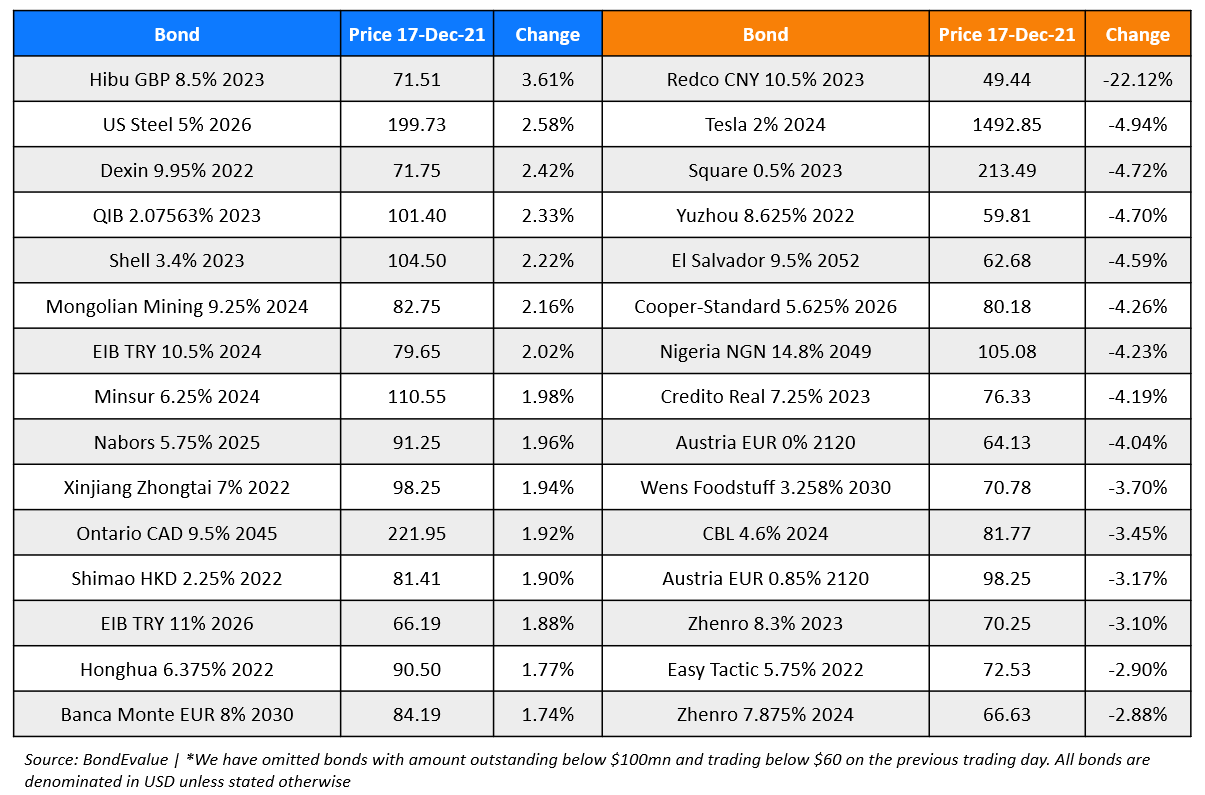