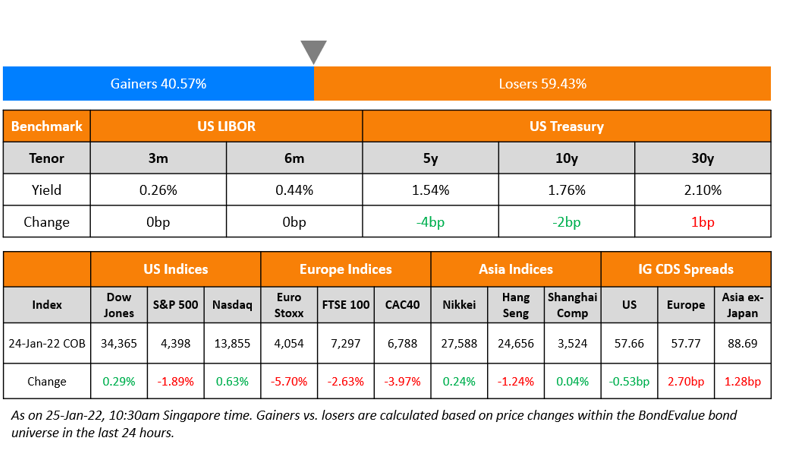 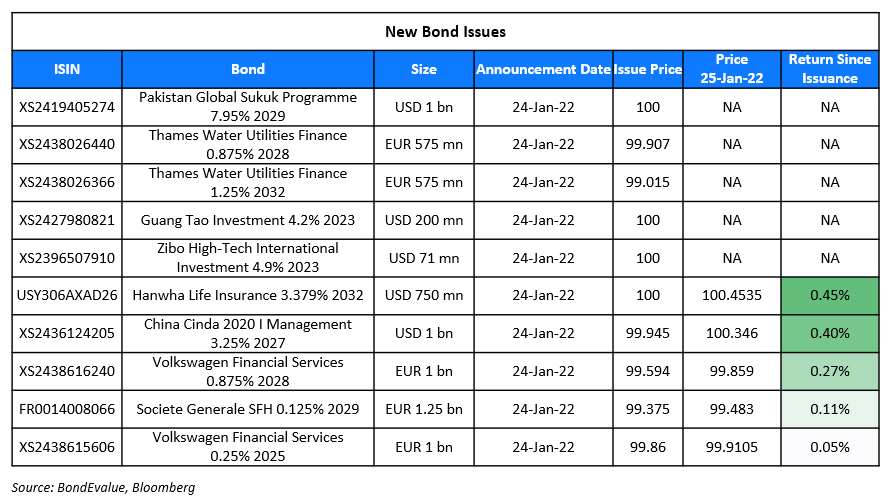 Cinda HK raised $1bn via a 5Y bond at a yield of 3.25%, 35bp inside initial guidance of T+210bp area. The bonds have expected ratings of A–/A (S&P/Fitch), and received orders over $4.8bn, 4.8x issue size. Proceeds will be used to refinance debt. The bonds are issued by China Cinda 2020 I Management and guaranteed by China Cinda HK. Cinda HK paid a new issue premium of about 10–15bp, lower than an expected 20–25bp when bookbuilding began, said a banker on the deal. The new bonds are priced at a new issue premium of 12bp over its existing 3% 2027s that currently yield 3.13%.

Hanwha Life raised $750mn via a 10NC5 sustainability tier 2 bond at a yield of 3.379%, 15bp inside initial guidance of T+200bp area. The bonds have expected ratings of Baa1/A– (Moody’s/S&P). Proceeds will be used to finance or refinance new or existing green or social eligible projects under its sustainability bond framework.

Health and Happiness International Holdings has pulled a USD 5Y non-call 2Y (5NC2) bond after opening orders for the trade on Monday. H&H told investors in an update that it decided not to proceed with the issuance due to “adverse market conditions”.  H&H intended to raise $400mn via the 5NC2 bond with an initial guidance of 8% area. The bonds had expected ratings of Ba3/BB.

A greenshoe option is an over-allotment in a security offering where the underwriter can sell more securities than the issuer initially planned if there is an oversubscription. Greenshoe options are known to be used in stock IPOs but can also be part of bond offerings. Last week, Housing and Development Board raised S$950mn via a 7Y bond at a yield of 1.971%, with their target of a minimum S$800mn size with a S$150mn greenshoe.

On the need for the Fed to focus on reducing balance sheet – Scott Minerd, chief investment officer at Guggenheim Capital

“What amazes me is that the Fed would even consider an attempt to raise rates and reduce the balance sheet simultaneously given how badly the last episode of balance sheet reduction played out in the markets while the Fed raised rates in 2018.” “An unexpected shock is not going to immediately flow through to inflation, but it will immediately impact already overvalued financial asset prices and undermine confidence and destabilize the economy.”

On Treasury bond sale a reminder that yields are not going straight up – Sameer Samana, senior global market strategist at the Wells Fargo Investment Institute

“Strong auction demand would indicate that good demand for Treasuries will blunt the rise, in terms of rate of change.” “That probably does help because one of the things the market needs to come to terms with is that yields aren’t going up in a straight line.”

“There is building evidence that inflation won’t recede as much as the ECB currently expects and that the liftoff criteria will be met already from the end of this year.”

On the opportunity in battered Chinese real estate dollar bonds

“I think roughly half of the developers’ dollar bonds were slaughtered by mistake.” “We will spot value in what others dumped as trash.”

“The high-yield space presents a lot of opportunities, especially for distressed investors.”

“Investors have been hiding in Indian investment-grade and high-yield credit, and other parts of Asia outside of China, as a means to reduce their exposure to China property.”

“I’m afraid that this kind of indirect weakening of the Asia credit market will continue for some time.”

“We quite like the India space because there is a lot of ESG bond supply coming from those companies and they aren’t quite expensive compared with other Asian peers.” “Supply from there also offers quite a good diversification.” 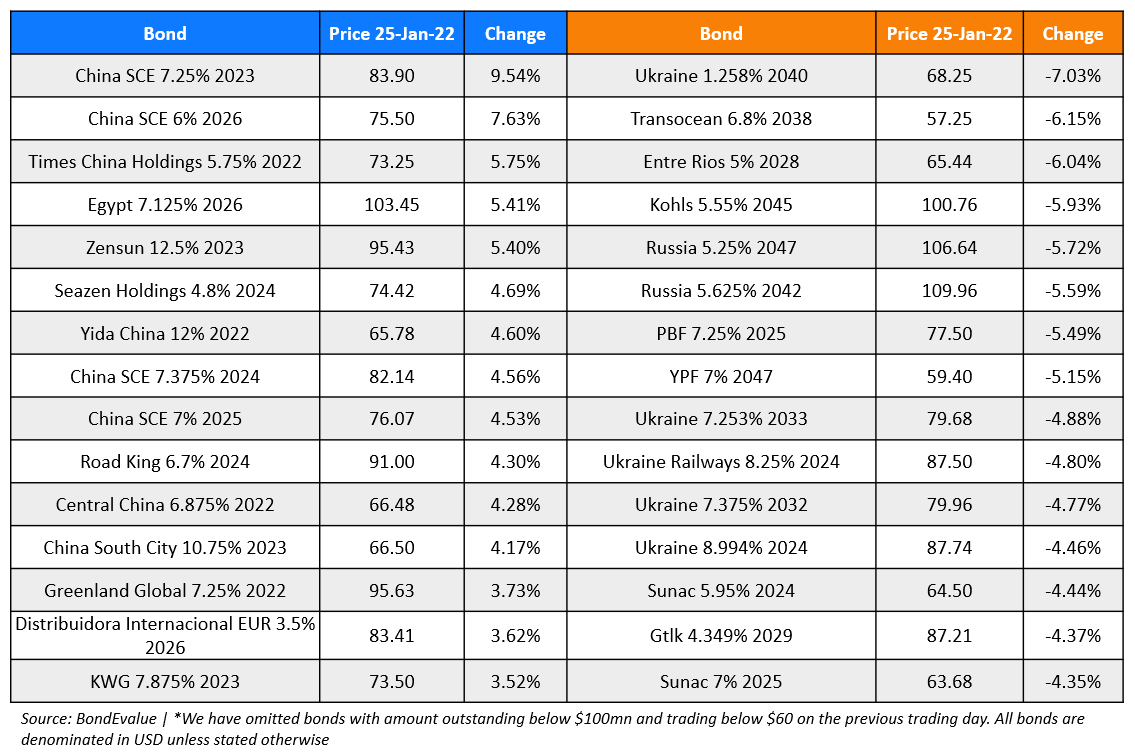