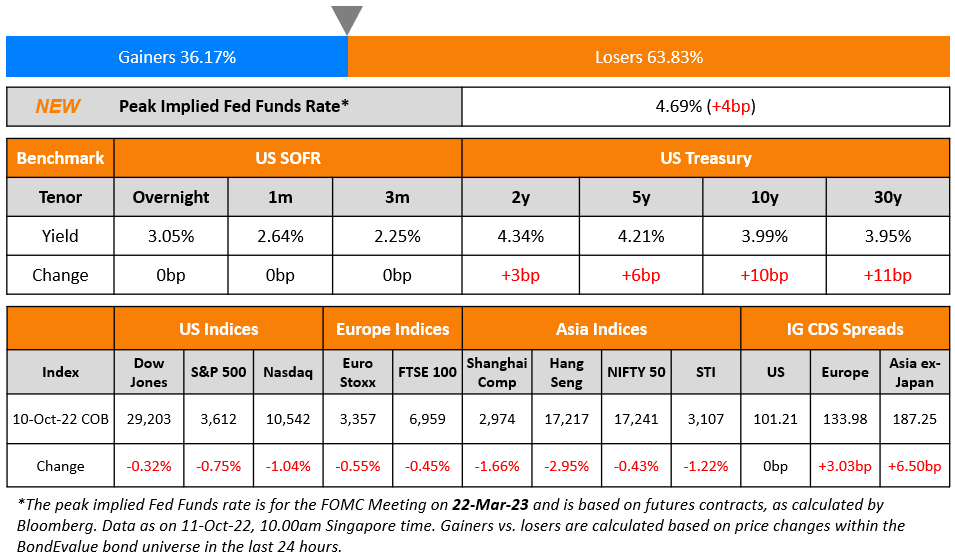 US Treasury yields continue to march higher with the curve steepening, led by the 10Y and 30Y yields up 10bp and 11bp respectively. The peak Fed Funds Rate rose 4bp to 4.69% for the FOMC’s March 2023 meeting, underscoring expectations of further rate hikes. US credit markets were closed on account of Columbus Day. US equity markets ended lower with the S&P and Nasdaq down 0.8% and 1% respectively.

Trust loans or entrusted loans are loans where a bank acts as a trustee to lend money on behalf of a trustor, which can be a government agency, enterprise/public institution or individual. Importantly, the bank that acts as a trustee only collects loan handling charges and will not assume liability for the repayment of the loan on behalf of the borrower. They are part of the shadow banking system and help provide quick access to capital especially if credit conditions are tight.

I can probably name more than one thing I agree with my “former colleagues” on at Pimco, but point taken: bonds, especially 5-year TIPS and ETFs investing in TIPS look better than stocks.

“These are very, very serious things which I think are likely to push the US and the world — I mean, Europe is already in recession — and they’re likely to put the US in some kind of recession six to nine months from now… The likely place you’re going to see more of a crack and maybe a little bit more of a panic is in credit markets, and it might be ETFs, it might be a country, it might be something you don’t suspect

“Both the Fed’s large scale purchases back in March/April 2020 and the BoE’s recent intervention were primarily to restore orderly functioning, and highlight the potential for microstructure issues to short-circuit a central bank’s QT plans… While we don’t anticipate any issues with the Fed’s current QT plan in the near term, the odds of an accident will likely rise as we go deeper into the QT process”

“We need to find a new marginal buyer of Treasuries as central banks and banks overall are exiting stage left… It’s still not clear yet who that will be, but we know they’re going to be a lot more price sensitive.”

“Since the year 2000, there has always been a big central bank on the margin buying a lot of Treasuries… we’re basically expecting the private sector to step in instead of the public sector, in a period where inflation is as uncertain as it has ever been… We’re asking the private sector to take down all these Treasuries that we are going to push back into the system, without a glitch, and without a massive premium”

“There’s not really a lot of difference. We’re headed for this four and a half percent-ish federal funds rate by March…We are going to put a lot of restrictiveness in place no matter what the data comes in at, unless there was really a lot in the next two months. There’s not enough time for that… I think we can bring inflation down relatively quickly while also avoiding a recession” 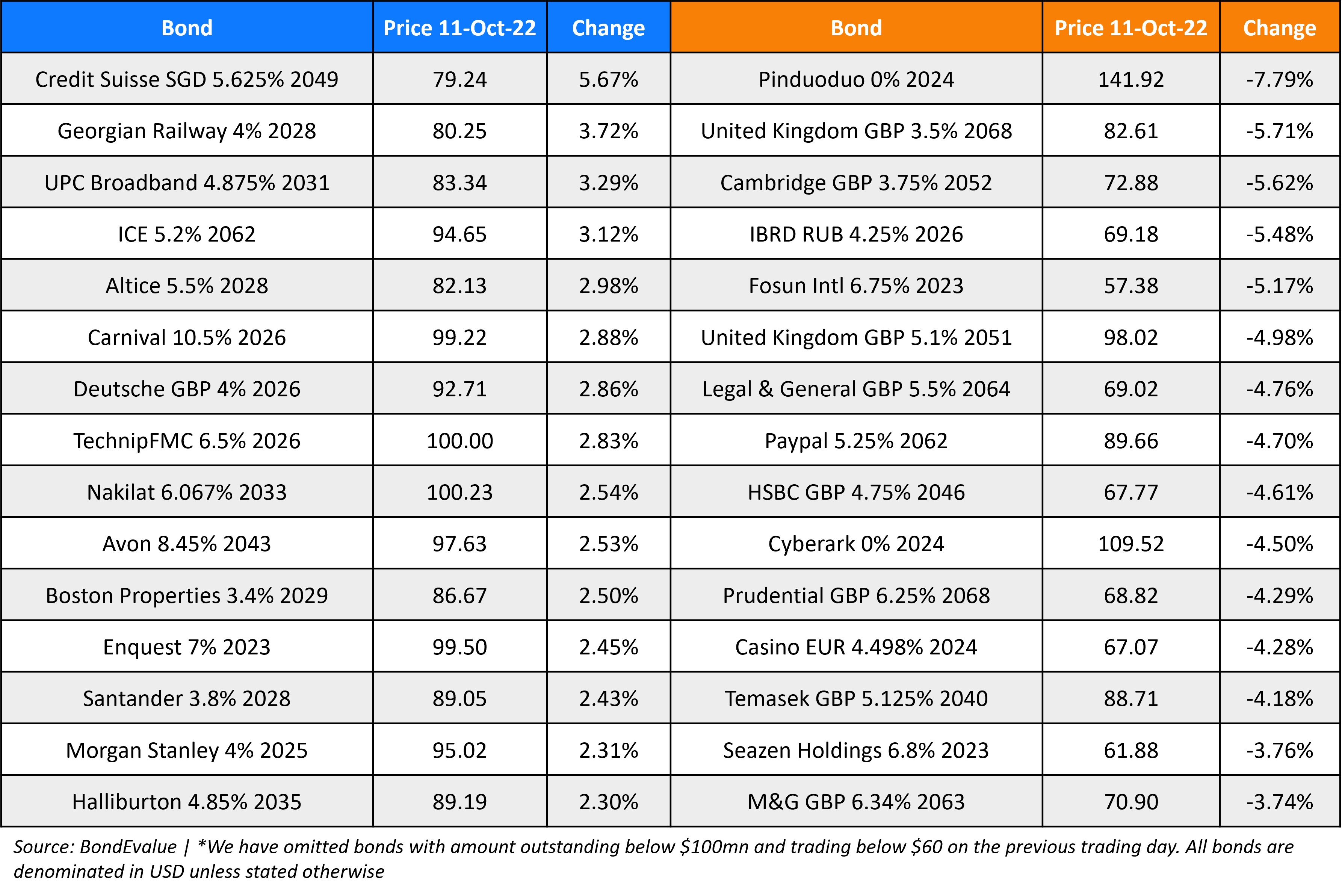