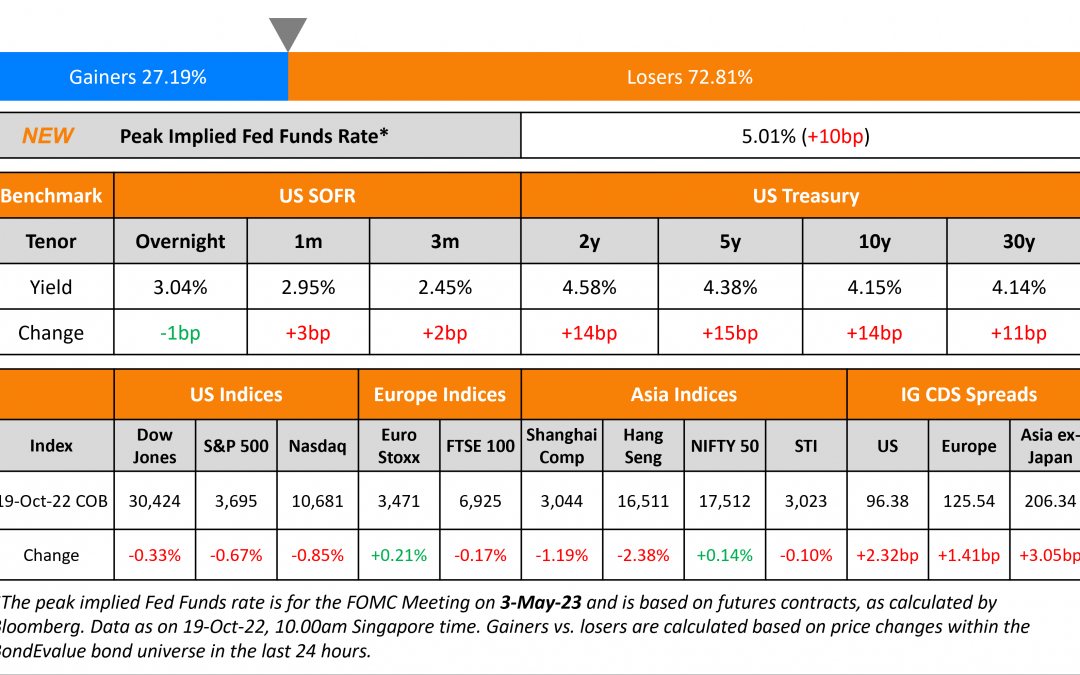 The peak Fed Funds rate has now crossed 5%, climbing 10bp higher on Wednesday, for the May 2023 FOMC meeting. For context, the Fed Funds rate was last seen above 5% just before the Global Financial Crisis in 2007. Treasuries sold-off across the curve as well with yields 11-15bp higher. Chicago Fed President Charles Evans said that the Fed would continue its rate hike path and that a tight policy would be required to control inflation. In the credit markets, US IG CDS spreads widened 2.3bp and HY CDS spreads saw a 12.5bp widening. US equity markets declined on Wednesday with the S&P and Nasdaq down 0.7% and 0.9% respectively. 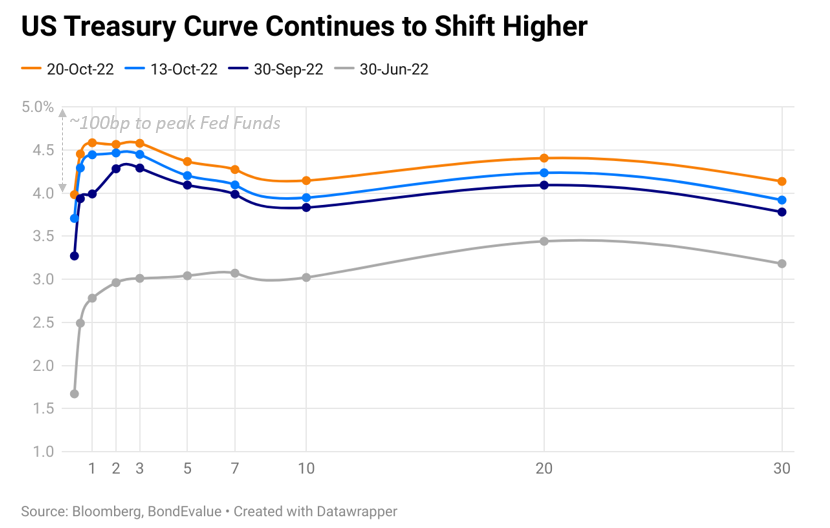 European equity markets were also lower with CDS spreads widening across the board – EU Main and Crossover CDS spreads widened by 1.4bp and 3.5bp respectively. Meanwhile, Turkey is expected to cut its benchmark rates by 100bp on Thursday to 11%, thereby moving closer to Erdogan’s idea of reaching a single-digit interest rate by year-end. Asian equity markets have also opened lower today. Asia ex-Japan CDS spreads saw a widening of over 3bp. 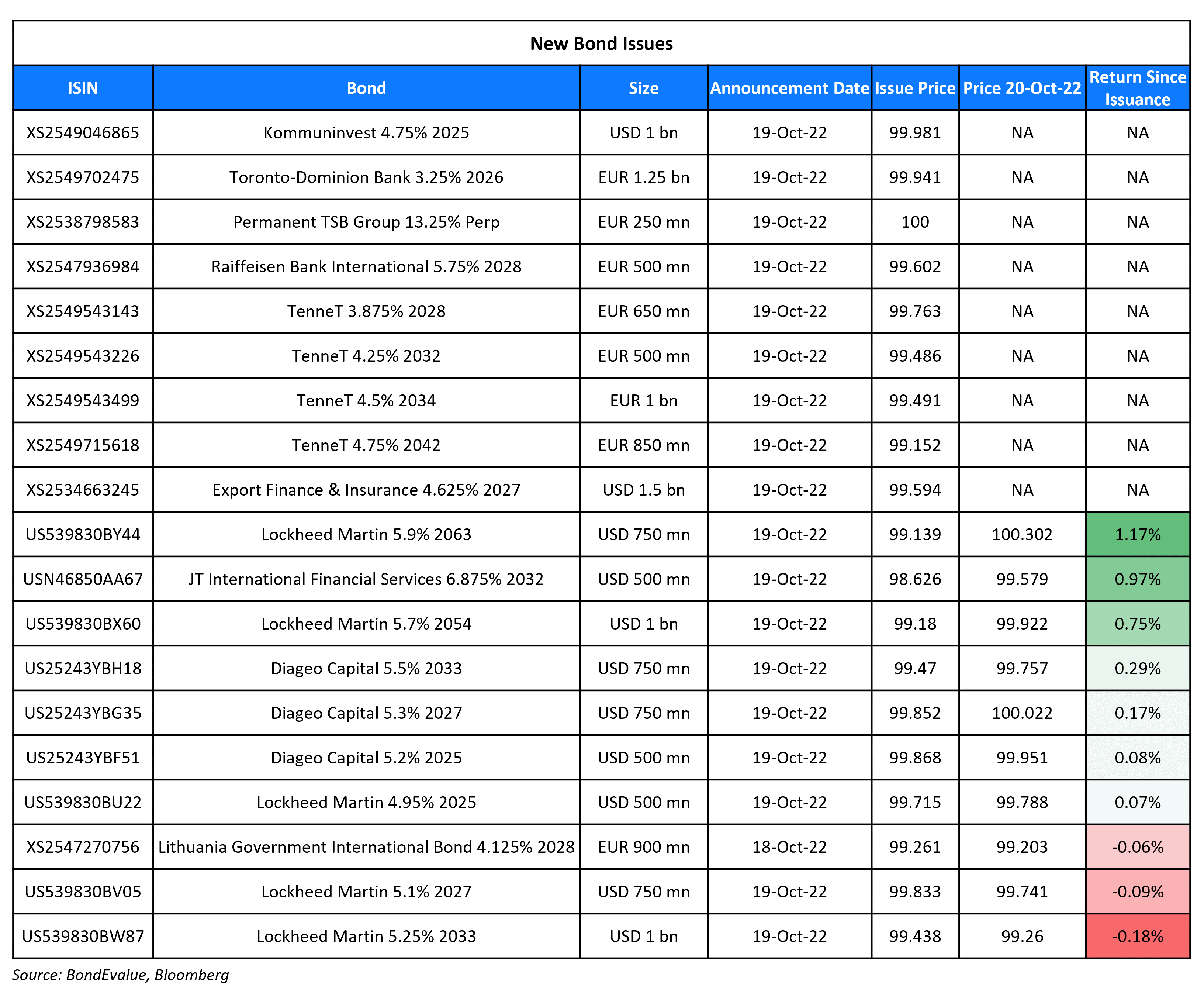 Chiyu Bank raised $200mn via a PerpNC5 AT1 bond at a yield of 8%, unchanged from initial guidance. The subordinated bank notes are unrated. If not redeemed by the call date of 26 October 2027, the coupon resets to the 5Y US Treasury yield plus a spread of 370bp. The new bonds are priced 31bp tighter to its existing 5.25% Perps that yield 8.31%.

“Unfortunately, at the moment, inflation is just much too high, and so we need to continue on the path that we’ve been indicating — at least that. And I’m hopeful that that will be enough… Continued increases in the funds rate along the lines of our September SEP could lead to a economic outlook where we’re going to see below-trend growth”

“There have been tentative signs of stabilization in recent days and if this continues, we see no reason why a short-end led programme of active gilt sales should not be able to proceed smoothly if conditions remain more stable…We do not disagree that these are daunting amounts of issuance for investors to take down, nor are we underplaying the weakness of investor appetite for gilts”

“This year has been nothing short of a disaster, one foreseen by commentators who realized it was folly to hedge one overpriced asset with another overpriced asset and expect a satisfactory outcome… the 60/40 may be ready to rise from the ashes.”

“We were coming off historically high valuations for both equities and fixed income… because you’re getting in with fixed-income valuations that make a whole lot more sense. There’s a lot more natural buyers for a 4% 10-year than there is for 0.3%” 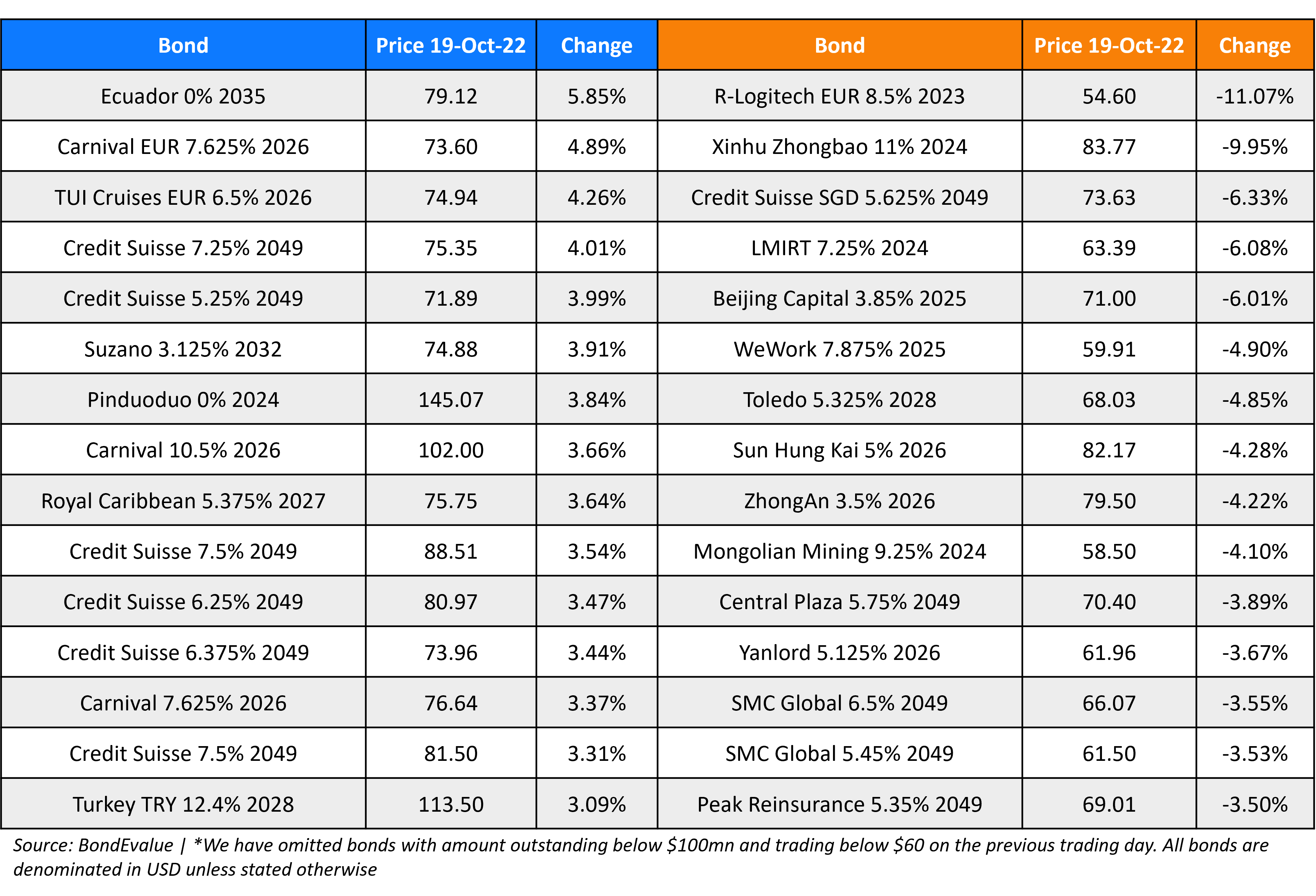