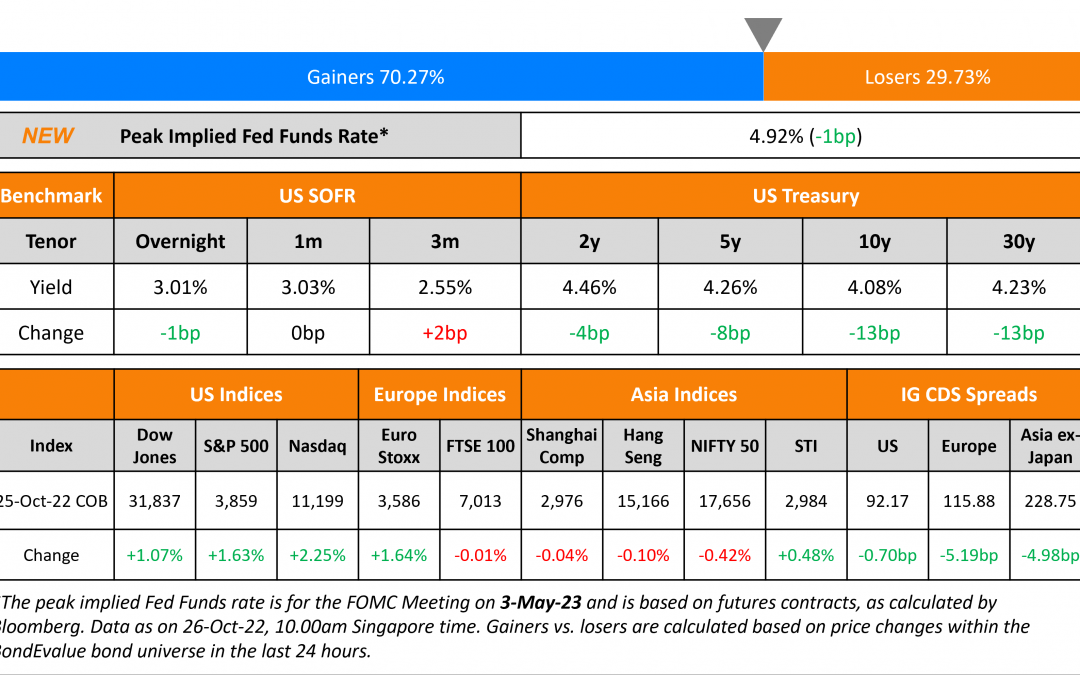 Treasuries rallied on Tuesday, particularly the long-end with 10Y and 30Y yields moving 13bp lower. The peak Fed Funds rate was down 1bp to 4.92% for the May 2023 FOMC meeting, after having crossed 5% last week. While a 75bp hike has been priced in for the November meeting, markets are divided between a 50bp and a 75bp hike in its December meeting, with probabilities of 47.6% and 49.5% currently. The probability of a 75bp hike in December has come down from 64.3% a week ago. In the credit markets, US IG CDS spreads tightened by 0.7bp and HY CDS spreads saw a 6bp tightening. US equity markets rallied on Monday, with the S&P and Nasdaq up 1.6% and 2.3% respectively. 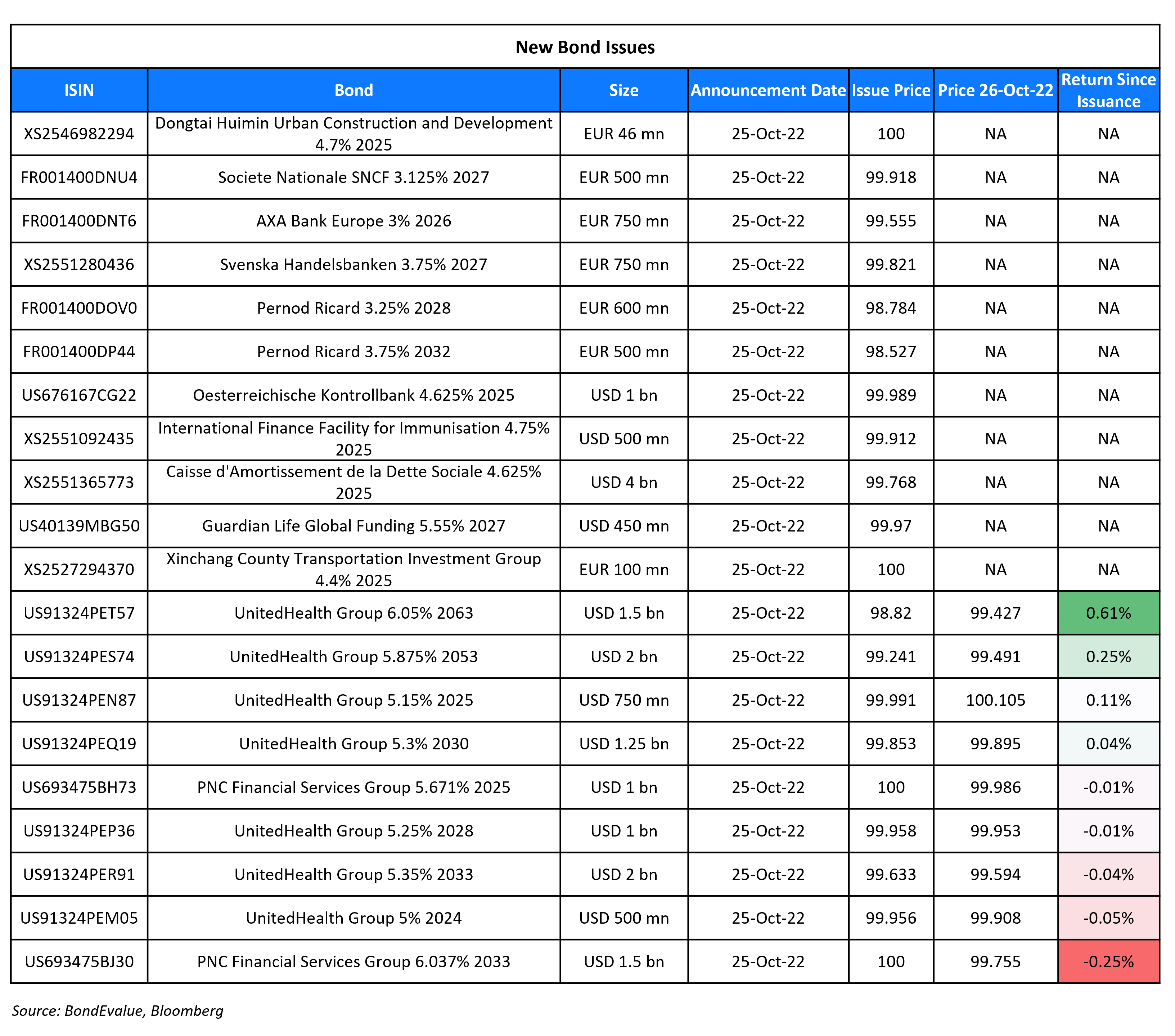 UnitedHealth raised $9bn via a seven-tranche deal as shown in the table below, 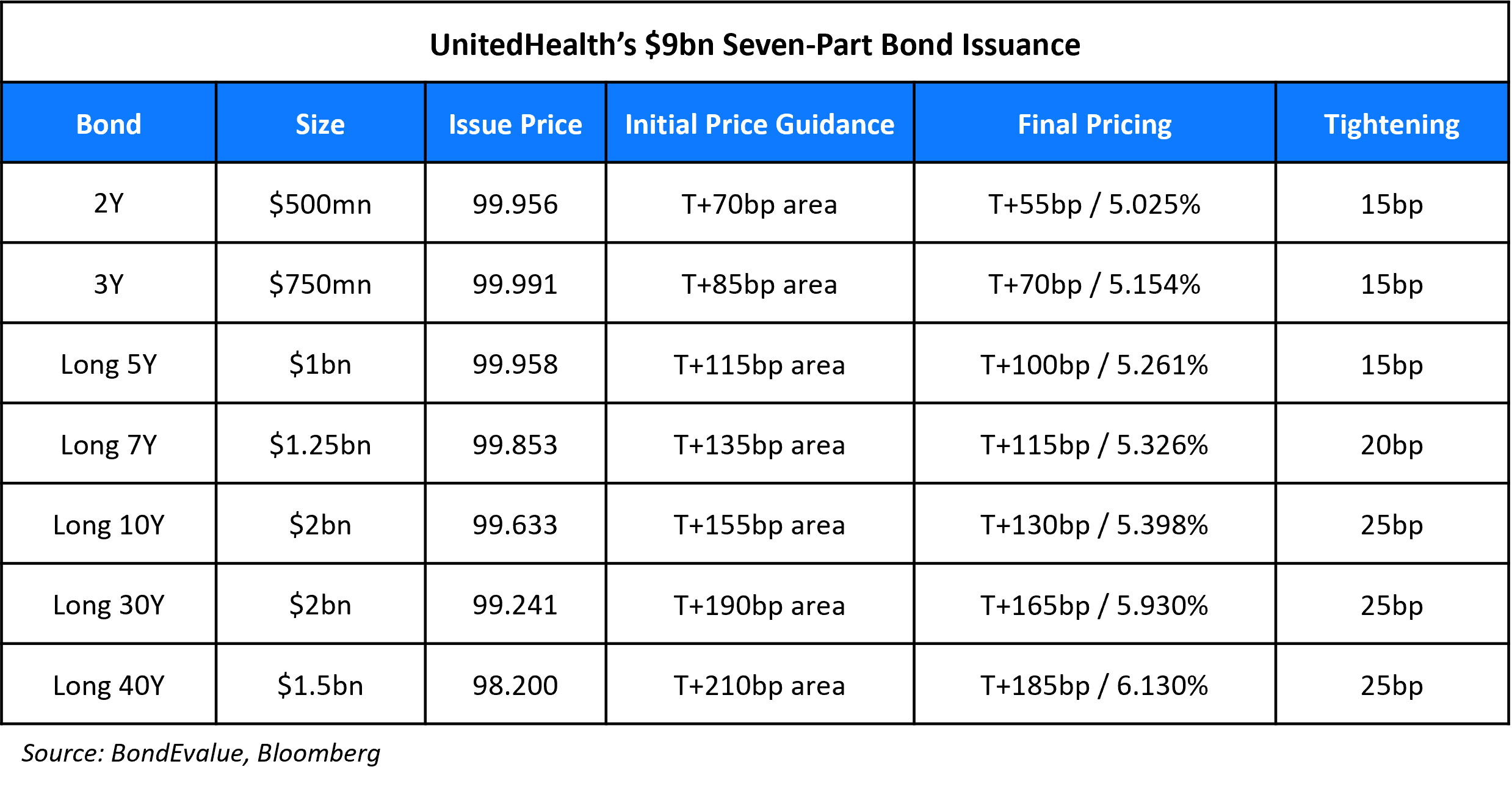 The senior unsecured bonds have expected ratings of A3/A+/A. Proceeds will be used for general corporate purposes, including the refinancing of commercial paper used to partially fund UnitedHealth’s acquisition of Change Healthcare Inc. earlier this month.

Xinchang County Transportation Investment Group raised €100mn via a 3Y bond at a yield of 4.4%, 10bp inside initial guidance of 4.5% area. Proceeds will be used for project construction and general corporate purposes.

As the name suggests, convertible bonds are debt instruments issued by a company where the bonds can be converted into equity shares of the company by the bondholders at a particular ratio and at particular points in time. Thus, it is a hybrid security as it has characteristics of both debt and equity. Convertibles generally carry a lower coupons and sometimes tax advantages for the issuer.

“Certainly for hedge funds or more opportunistic buyers, it’s gotten a lot more attractive. Those investors are more set up to take, and handle, and absorb volatility.”

“We’re at a point where what we would say is high quality BBBs, over a long term hold, do offer value… However, in high yield, the technicals are really why the BBs have continued to outperform”

“A further market decline is going to stress that at some point. With every month that the Fed says they’ll get tighter and tighter, you resolve yourself to the fact we may enter one of those big liquidity-driven sell offs”

Hedge funds want to “make sure they are not getting too close to levels that would force them to sell”… “It really costs you money to borrow today. It was almost free for a long time. That is going to have an impact on the profitability of hedge funds.”

“There’s a bit of a relief rally going on as a grown-up appears to be in charge of the government. I would expect corporate bond markets to improve.

“If the UK regains credibility with investors and rates stabilize, of course it will benefit credit markets” 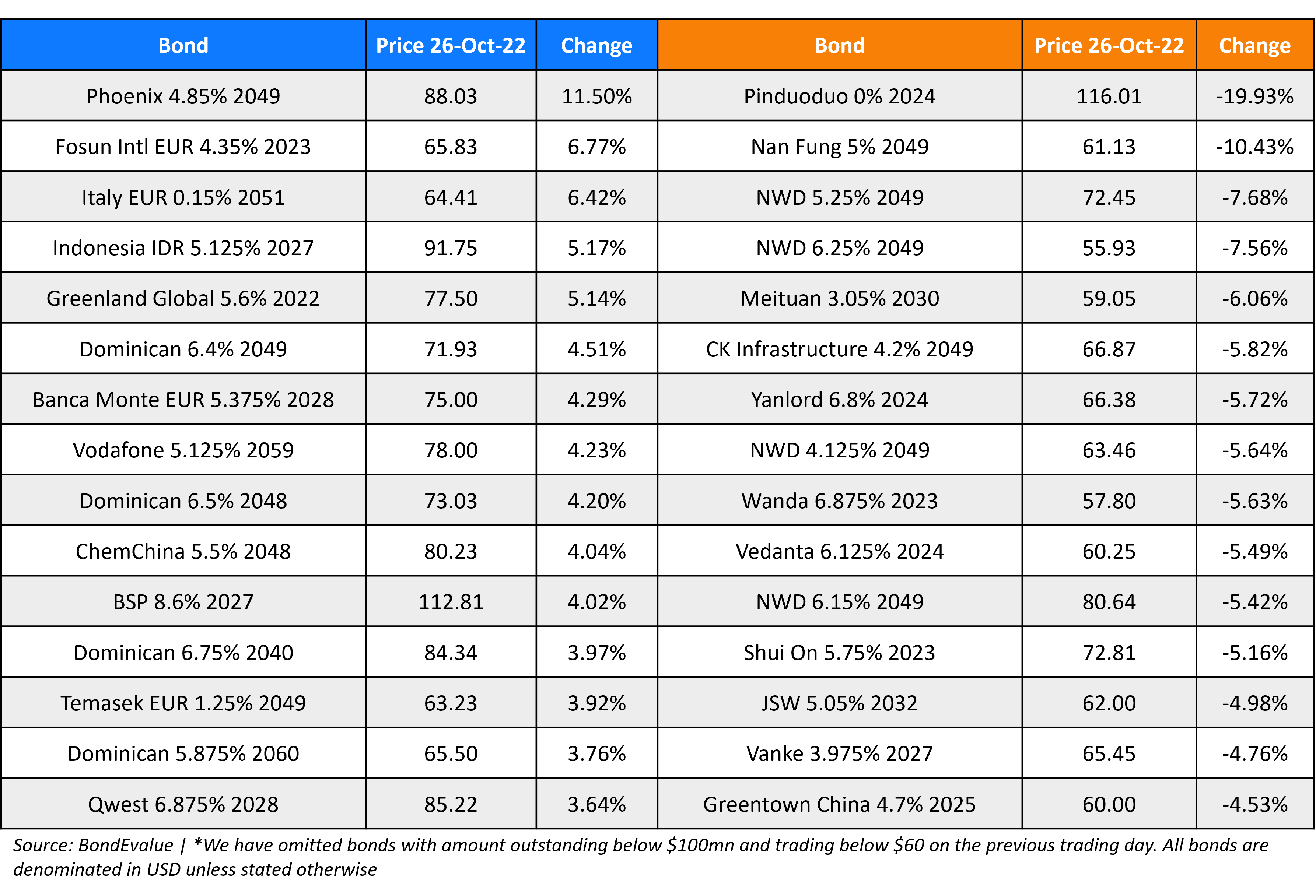