Treasuries rallied across the curve again on Thursday as the curve bull steepened (Term of the Day, explained below) with 2Y and 5Y yields falling 13bp while the 10Y and 30Y yields were down 9bp and 6bp. The peak Fed Funds rate dropped another 10bp to 4.74% for the May 2023 FOMC meeting, continuing its downward move markets look at a slowdown in economic activity leading to a less hawkish Fed in the near future. The probability for a 75bp hike in its November meeting is now at 86% vs. 98% a week ago. Regarding its December meeting, markets are now expecting a 62% probability for a 50bp hike in its December meeting and a 29% chance of a 75bp hike. The probability of a 75bp hike in December has dropped from 75% a week ago. In the credit markets, US IG CDS spreads widened by 1.7bp and HY CDS spreads saw a 0.5bp widening. US equity markets moved lower again on Thursday, with the S&P and Nasdaq down 0.6% and 1.6% respectively.

The ECB hiked its benchmark deposit facility rate by 75bp yesterday to 1.5%, its highest since 2009. Christine Lagarde, the ECB President noted that the ECB may have to “go beyond” normalization in its rate hike path. The ECB also tightened its latest Targeted Long-Term Refinancing Operation III (TLTRO III) by removing the subsidy where banks could borrow from the ECB at rates as low as 50bp below the deposit rate. European equity markets were mixed. EU Main CDS spreads tightened 0.7bp and Crossover spreads tightened by 2.5bp. Asian equity markets have opened mixed today. Asia ex-Japan CDS spreads saw an 3.4bp tightening.

Goldman Sachs raised $2bn via a 2Y bond at a yield of 5.73%, 27.5bp inside initial guidance of T+165bp area. The senior unsecured bonds have expected ratings of A2/BBB+/A. Proceeds will be used for general corporate purposes. The new bonds are priced at a new issue premium of 26bp vs. its existing 3% 2024s that yield 5.47%.

Barclays raised $5bn via a three-tranche deal. It raised

The senior unsecured bonds have expected ratings of Baa2/BBB/A. Proceeds will be used for general corporate purposes and to strengthen the issuer’s capital base.

Bull Steepening refers to a change in the yield curve where short-end rates move down faster than long-end rates. This not only has a steepening effect on the entire yield curve but also has a net effect of interest rates moving lower and bond prices moving higher. Similar terms include Bear Steepening, Bull Flattening and Bear Flattening. If the yield curve moved lower and bond prices moved higher, it is considered a bull move, while the opposite is a bear move. Bull steepening moves generally occur either because markets expect a less aggressive path towards rate hikes or expect rate cuts leading to the short-end of the curve reacting the most. In the current scenario, given the indications of softness in economic data, markets are expecting the Fed to temper down its aggressive rate hiking path.

“It’s not a big surprise to see short-dated rate expectations rallying. It seems like the BOE could only raise by 50 basis points”

“We think the implications for monetary policy are modest — a 75-basis-point hike is still the most likely outcome. We see the pace of tightening slowing from December.”

“Lagarde is essentially acknowledging that stagflation risks are on the rise for the euro area. In this environment, euro-dollar will likely weaken further.”

“The doves today have won some flexibility in forward guidance. It’s not just an inflation story anymore. Combine this with the BOC yesterday and it’s looking more and more like a global central bank pivot.”

“With a big chunk of the euro zone already tipping into recession, I get the sense that markets aren’t convinced the ECB will hike aggressively” 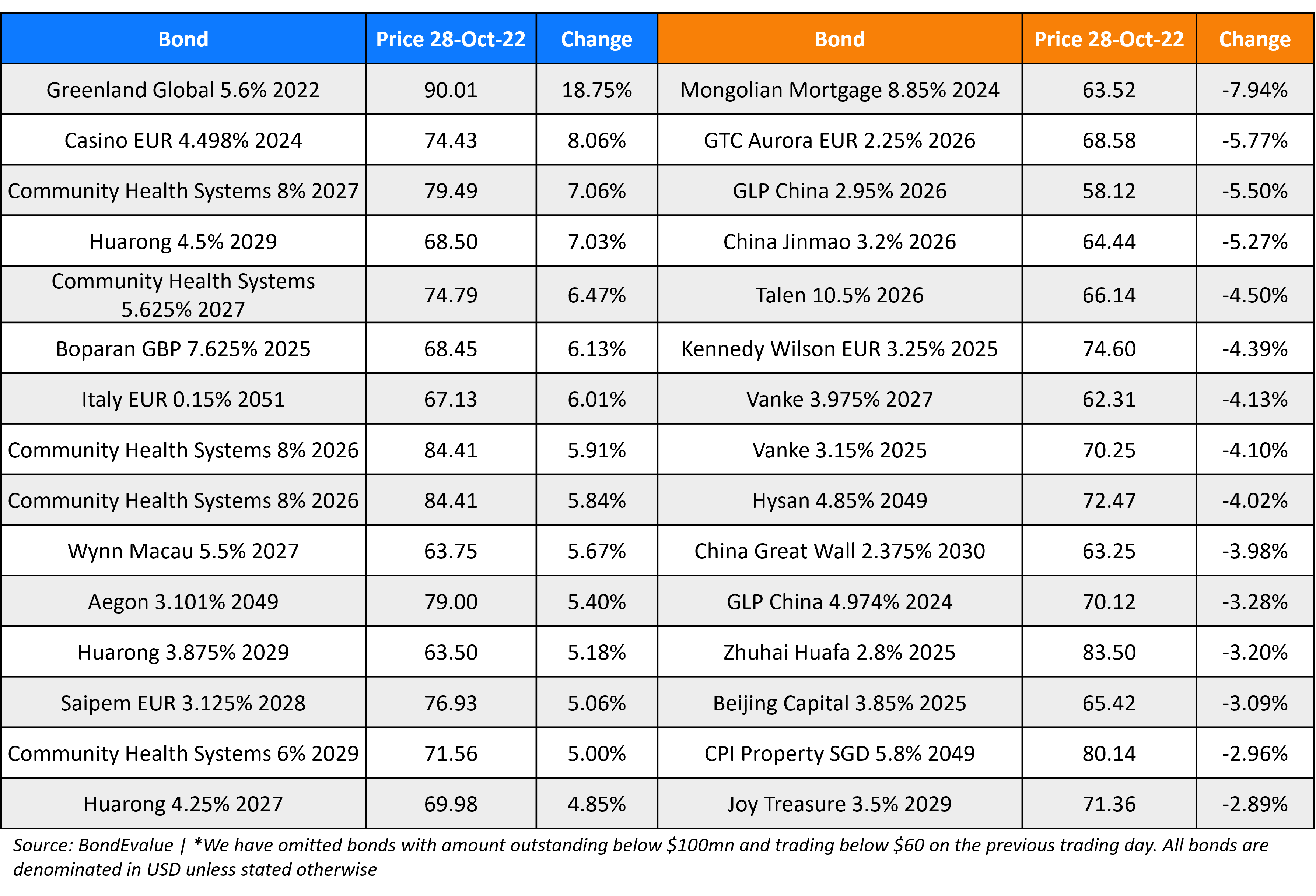