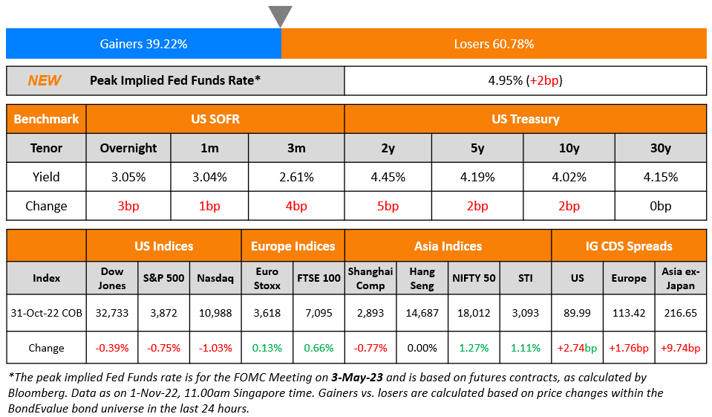 Treasuries continued to tick lower with the 2Y yield up 5bp, leading the move. The peak Fed Funds rate was up 2bp to 4.95% for the May 2023 FOMC meeting. A 75bp rate hike in Wednesday’s Federal Reserve meeting has already been priced in. However, for the December meeting, markets are evenly poised for either a 50bp or 75bp hike. Hints regarding the December meeting’s decision will be keenly watched out for in the two-day FOMC meeting which begins today and concludes tomorrow with the decision on interest rates. In the credit markets, US IG CDS spreads widened by 2.7bp and HY CDS spreads saw a 20bp widening. US equity markets moved lower on Monday, with the S&P and Nasdaq down 0.8% and 1% respectively. 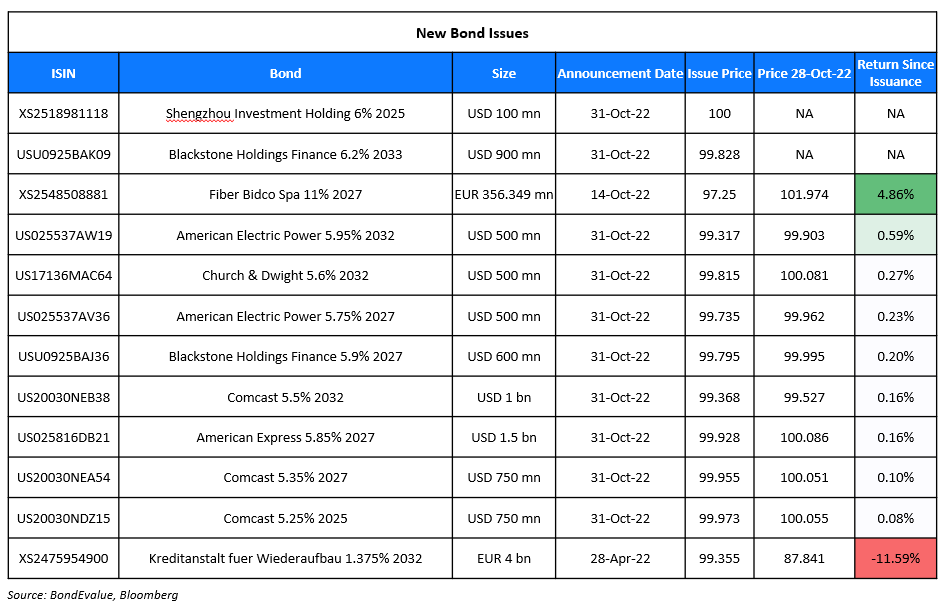 A tender offer is an offer made by an issuer to bondholders to buyback their bonds. In return, the bondholders could get either cash or new bonds of equivalent value at a specified price. The issuer does this to retire some of its old debt and can use retained earnings to fund the purchases without affecting the liquidity position of the company. Tender offers have a deadline date before which holders must tender their bonds back.

“There’s been nowhere to hide in 2022 and cash was king… Clients don’t pay you to stay in cash for a long time.”

“In the last 20 years, it’s been almost risk-free for bond fund investors”… This year has been “a sobering reminder that bond funds of all stripes have risks.”

“We came into the year with zero Treasury exposure. One of the challenges for a lot of investors and not just bond managers is that they hug benchmarks… We have always taken the attitude of going to where we see value and take advantage of what the market is giving us.”

Indicators including the inversion of the yield curve between 10-year and three-month Treasuries — a recession indicator with a perfect record — “all support a Fed pivot sooner rather than later”… “Therefore, this week’s Fed meeting is critical for the rally to continue, pause or even end completely… This kind of price action isn’t unusual toward the end of the cycle particularly as the Fed moves closer to the end of its tightening campaign, something we think is approaching”

“There does not yet appear to be a consensus on the Committee about the preferred size of a December hike, limiting Powell’s ability to offer guidance”

“There is little reason for the committee to limit its optionality for December, as even the most dovish participants would likely prefer more information about how inflation and overtightening risks are evolving before signaling a policy turn”

“Everything is squared up to do 50 (basis points) in December” 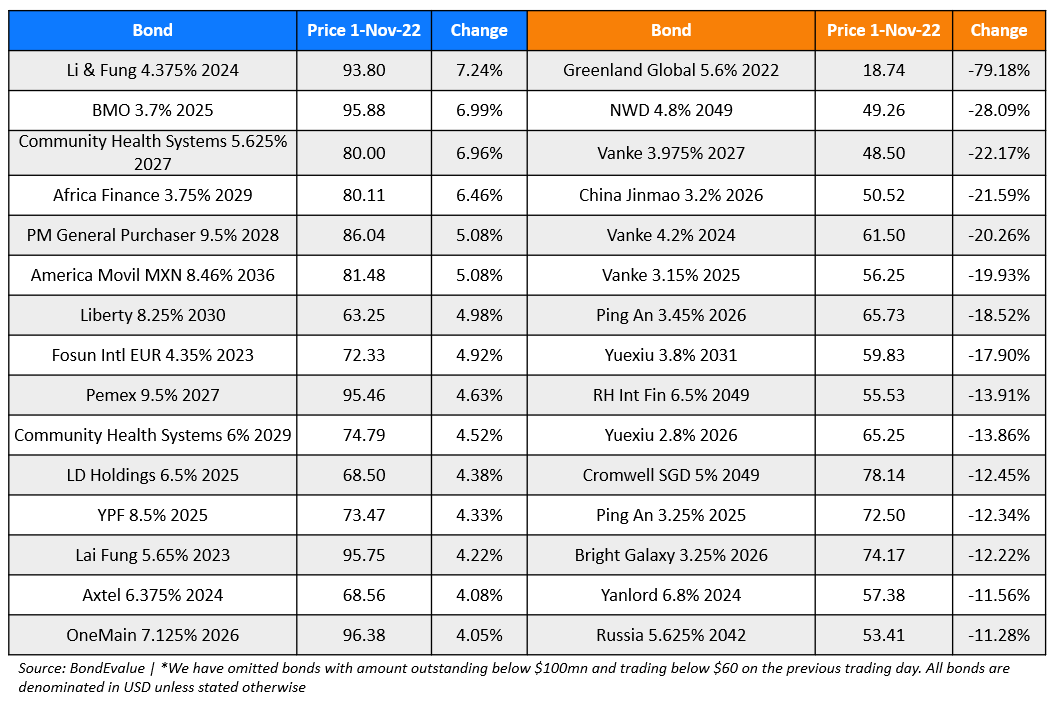