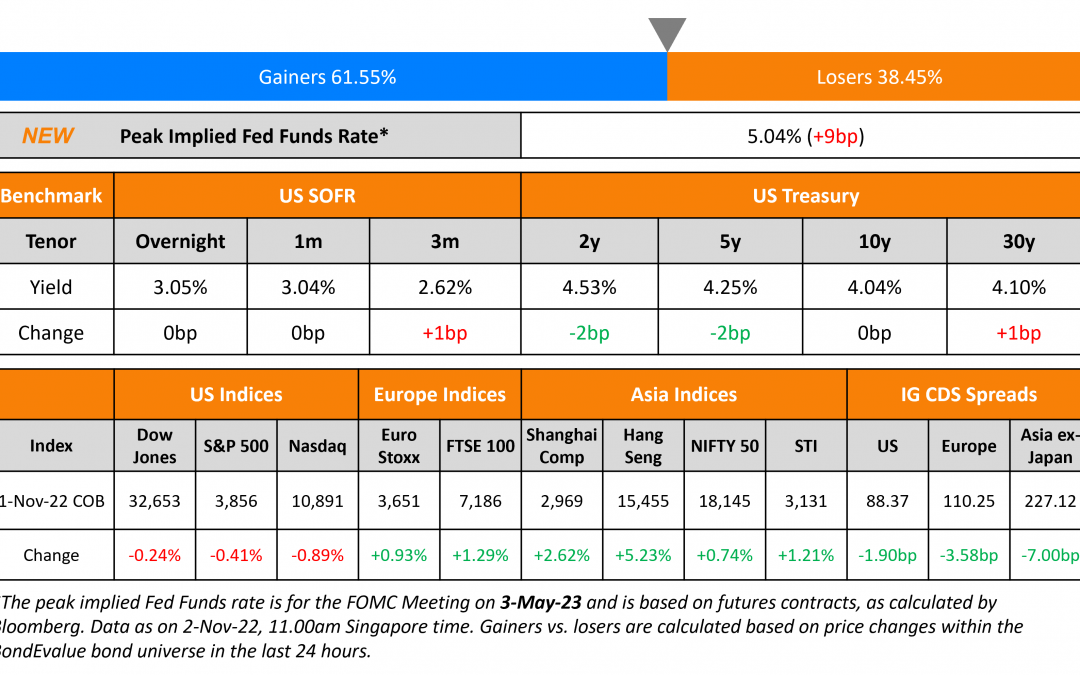 The peak Fed Funds rate jumped 9bp to touch 5.04% for the May 2023 FOMC meeting. With the FOMC meeting announcement due later today, markets are keenly awaiting for hints regarding the quantum of the rate hike in December meeting’s decision. Markets have priced in an 84% chance of a 75bp rate hike in today’s meeting. However, for the December meeting, markets are pricing in a 45% chance of a 50bp hike and a 48% chance of a 75bp hike. Treasury yields were near almost flat yesterday. In the credit markets, US IG CDS spreads tightened 1.9bp and HY CDS spreads saw a 10.8bp tightening. US equity markets moved lower on Tuesday, with the S&P and Nasdaq down 0.4% and 0.9% respectively. With the US equity indices rallying last week, Citi notes that the moves were driven by limited investor flows, noting that there was “mixed and weak momentum”.

Hangzhou Shangcheng State-Owned Capital Operation raised $208mn via a 364-day bond at a yield of 6.5%, unchanged from initial guidance. The senior unsecured bonds are rated Baa3. Zhejiang Kunpeng (BVI) is the issuer, while Hangzhou Shangcheng is a keepwell provider (Term of the Day, explained below). Proceeds will be used for project development and general corporate purposes.

“If our forecast is right, the most synchronized and aggressive global hiking cycle in 40 years will end by early next year. An important support for risk markets arose from signals that the pace of central bank tightening has peaked and that any further rate hikes from here will likely be smaller in size.”

“Any reasonable opportunity that banks get to offload exposure from the balance sheet, particularly if they’re able to do so without any type of losses, they’re going to seize it”

“The windows to issue are open, but they’re harder to navigate given a number of upcoming catalysts for market volatility”

“The combination of tighter financing conditions, low growth, and elevated inflation has historically been negative for credit spreads”

“Rolling recessions are likely coming and cash is becoming an increasingly attractive place to wait for opportunity. Cash looks like it is an alternative to investments in risky assets, with yields rising after every central bank meeting… Currently we are in a stagflation environment … This suggests US cash is a good place as traditional assets tend to post negative returns in these environments” 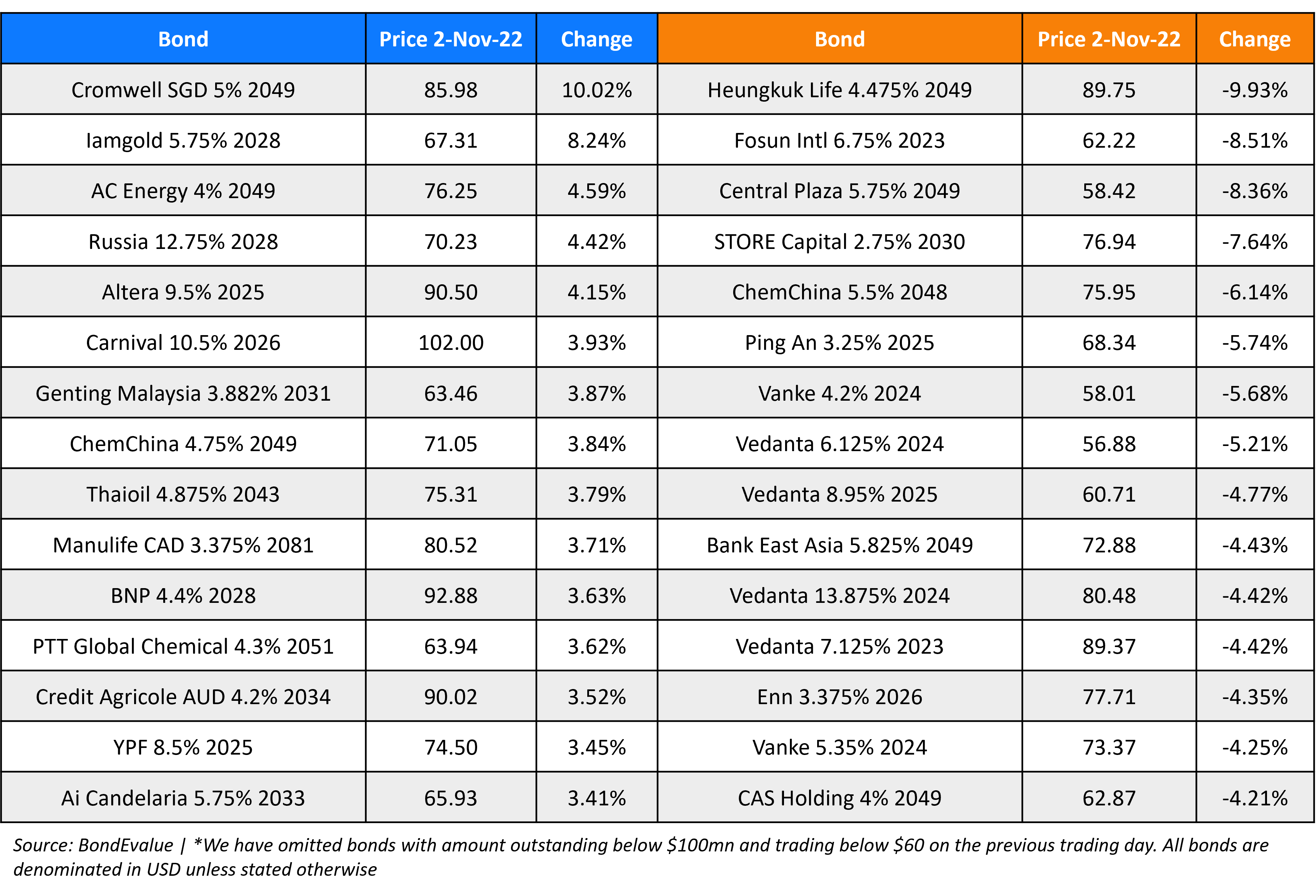