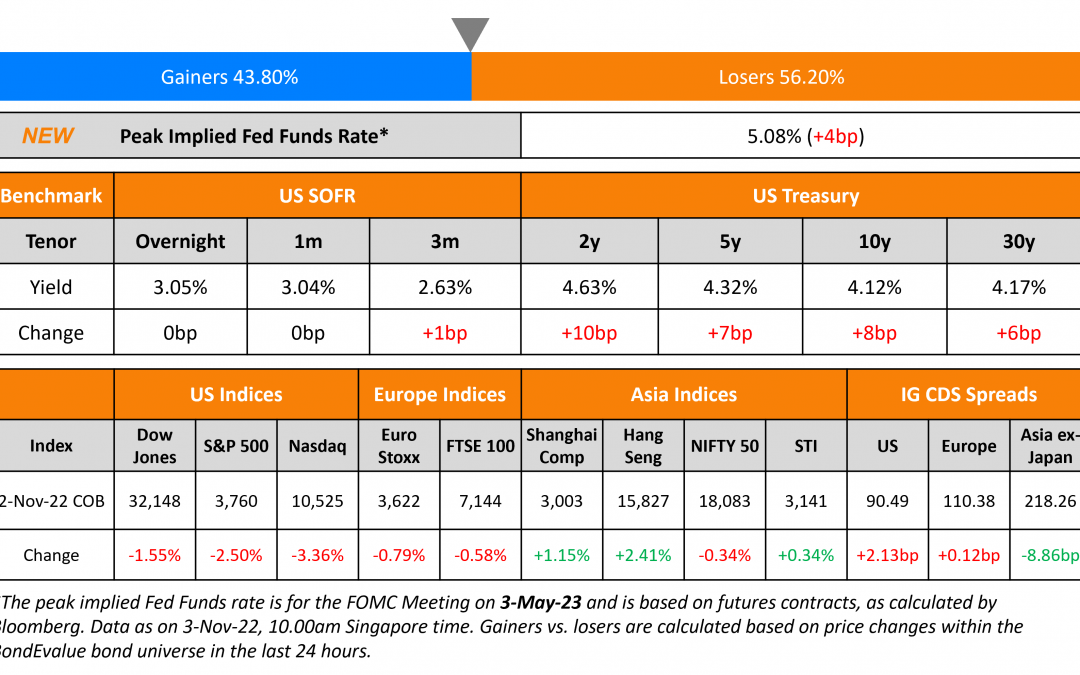 The FOMC hiked its policy rate by 75bp for a fourth consecutive meeting with the fed funds target range now at 3.75-4.00%. Market participants considered the meeting to be hawkish (Term of the Day, explained below) as Powell said that the Fed “have a ways to go until we have got to a sufficient level on interest rates”. He added that there was a need for more rate hikes and did not see the case for a softening yet, warning about pausing early. He added that an overtightening could see the Fed use its tools to support the economy. However, he did indicate that the quantum of hikes may slow down as early as the December meeting saying that the “time is coming and it may come as soon as the next meeting or the one after that”.

Regarding the level of the peak fed funds rate, Powell said, “Data since our last meeting suggests that the ultimate level of interest rates will be higher than expected”. The peak Fed Funds rate moved 4bp higher to touch 5.08% after the policy meeting. Current probabilities of a 50bp hike in its December meeting stand at 66% and that of a 75bp hike at 34%. The probabilities were evenly split prior to the FOMC meeting. In the credit markets, US IG CDS spreads widened 2.1bp and HY CDS spreads saw a 17.9bp widening. US equity markets tanked on Wednesday, with the S&P and Nasdaq down 2.5% and 3.4% respectively.

Hawkish is a term used for a monetary policy stance where policymakers are concerned about inflation or overheating risks and therefore adopt a tightening stance. A hawkish stance could be either in the form of rate increases, asset purchases decreases or even indications on the same relative to market expectations. This is the opposite of a dovish stance which tries to ease financial conditions.

On Powell’s FOMC Decision Being a Hawkish Stance

“Chairman Powell made it clear that his bias is to err on the side of over-tightening rather than under-tightening in order to avoid the risk of inflation becoming entrenched. The Fed’s outlook may be less one-sided, but reaffirming its bias to fight hard against inflation – and the 2% inflation target – is likely to remain a market headwind.”

“There were no hints of dovishness to indicate the Fed may be poised to pause. Today was all about—and only about—giving the Fed flexibility or optionality to back off their path of 75 [basis point] hikes”

“His quote was that it’s very premature to think about pausing. They’re not going to pause anytime soon… It’s pretty steadfastly hawkish so far. It’s not really what I expected. He’s hanging in there”

On Danger That Fed Will Do ‘Too Little’ on Inflation – Mohammed El-Erian, chairman of Gramercy Funds

“Inflation is more problematic than what a downshift now would imply. The risk is that they will do too little and that’s the higher risk going forward… If I was sitting at the Fed right now, I would struggle in terms of where I would end up because the market has run away once again”

“I’m certain we are headed into a recession and high quality fixed income will be that anchor in the storm; that flight to quality, the safe haven that everybody will be looking for… The Fed is telling you things are going to get pretty bad”

On China Property Bonds Are ‘No Longer Analyzable’ as Crisis Grows

The proven investment approach is that it won’t go wrong being negative or more negative ahead of the market. It is very frustrating when the market is no longer analyzable… Fundamental analysis of sector and company operating and financial numbers has given way to market chatters… prices are certainly not justified for any normal market but they are justified for a black box market” 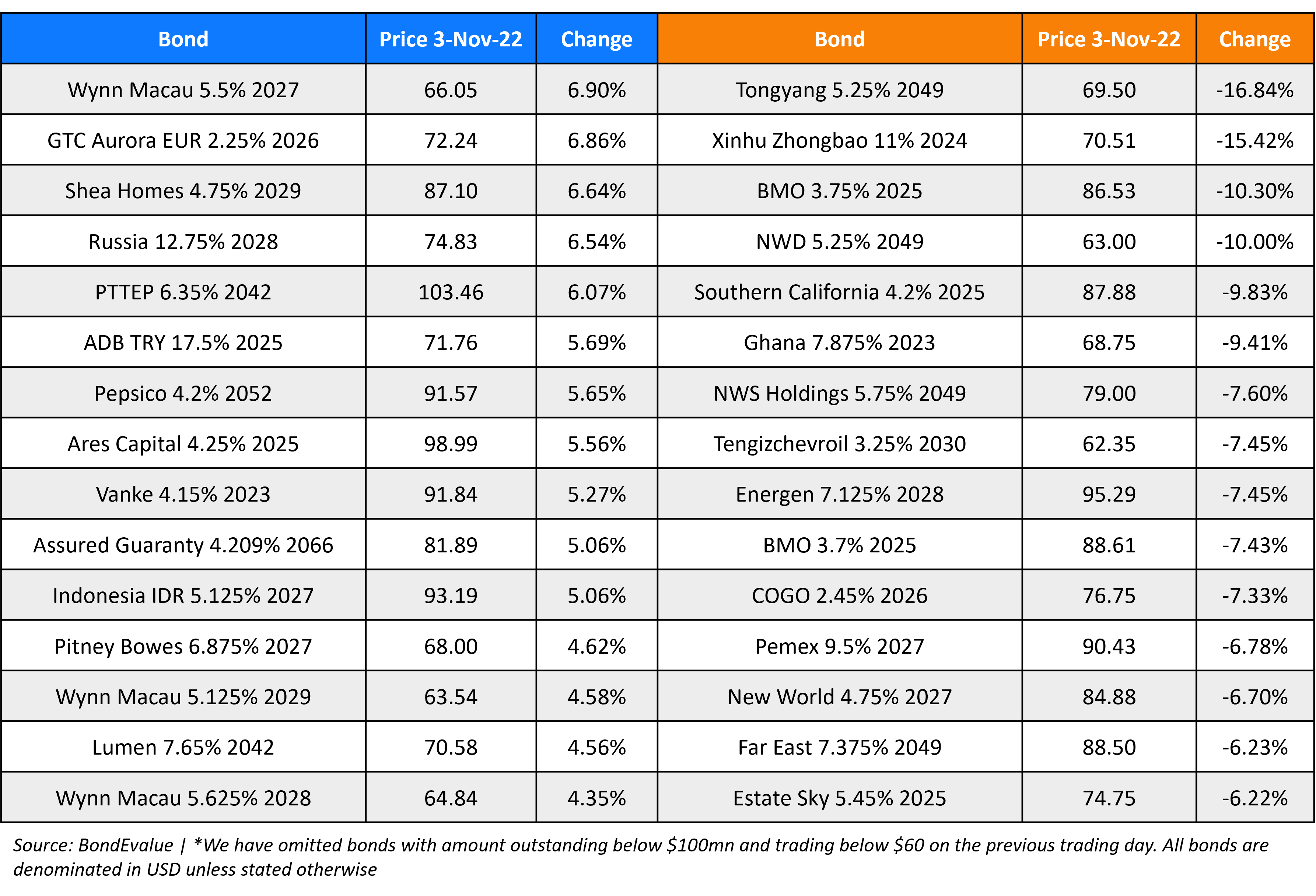