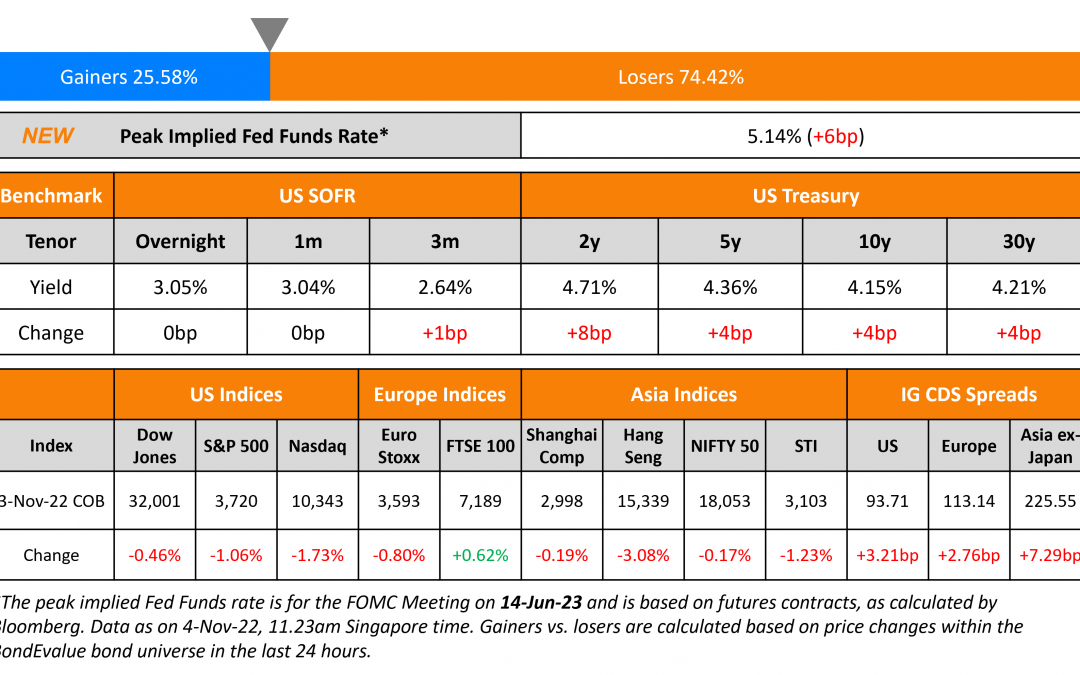 The peak Fed Funds rate moved 6bp higher to touch 5.14% for the June 2023 meeting, as Fed Chairman Powell indicated a possible higher rate in the FOMC meeting on Wednesday. Current probabilities of a 50bp hike in its December meeting stand at 45% and that of a 75bp at 55%. This compares to yesterday’s post-FOMC probabilities of 66% and 34% for a 50bp and 75bp hike respectively. US Treasury yields climbed 6-10bp higher across the curve, led by the short-end. The 2s10s yield curve currently stands at -51bp, after having briefly gone below -58bp yesterday, a four decade low. In the credit markets, US IG CDS spreads widened 3.2bp and HY CDS spreads saw a 17.9bp widening. US equity markets fell on Thursday, with the S&P and Nasdaq down 1.1% and 1.7% respectively.

NatWest raised $1.5bn via a 4NC3 bond at a yield of 7.472%, 25bp inside initial guidance of T+310bp area. The senior unsecured bonds have expected ratings of A3/BBB/A. Proceeds will be used for general corporate purposes. If not redeemed on the optional call date of 10 November 2025, the coupon resets to the 1Y US Treasury yield plus a spread of 285bp. The new bonds are priced at a new issue premium of 81.2bp vs. its existing 4.8% 2026s (non-callable bonds) that yield 6.66%.

Deutsche Bank raised €1bn via a Long 5Y bond at a yield of 3.113%, 2bp inside initial guidance of MS+10bp area. The mortgage-covered bonds have expected ratings of Aaa, and received orders over €1.6bn, 1.6x issue size.

A call option gives the buyer of the option the right but not the obligation to buy the underlying instrument at a particular price known as the strike price at expiration. Call options in bonds are in the hands of the issuer where the issuer has an option to redeem the bond before its maturity leading to a cash outflow. Particularly in the case of perpetual bonds, call options are considered important as there is a general assumption that an issuer will call back their perps. However, this need not be the case always as issuer consider factors including their financial position and the revised coupon rate.

On Wall Street Saying Treasury Buybacks Are a Long Way Off, If at All

Buybacks are under active consideration, “but not an on active timeline”

On Treasury Yield-Curve Inversion at a Four-Decade Extreme

“We think that the curve can keep inverting for now since the Fed is likely to keep raising rates and will tolerate some slowing in the economy. This more aggressive than expected hiking path has an unfortunate consequence. The amount of real tightening that we expect now to happen will likely lead the economy to a recession in the second half of 2023.”

On Pound, Long Bonds Tumble as BOE Pushes Back on Peak Rate

“The BOE hiked by 75 basis points but revised down its growth and inflation projections, sending a clear signal that the bank rate path expected by the markets ahead of the policy meeting is too high. The outcome contrasts sharply with the hawkish message from Fed Chair Powell yesterday and could trigger a further drop of the pound-dollar rate spread” 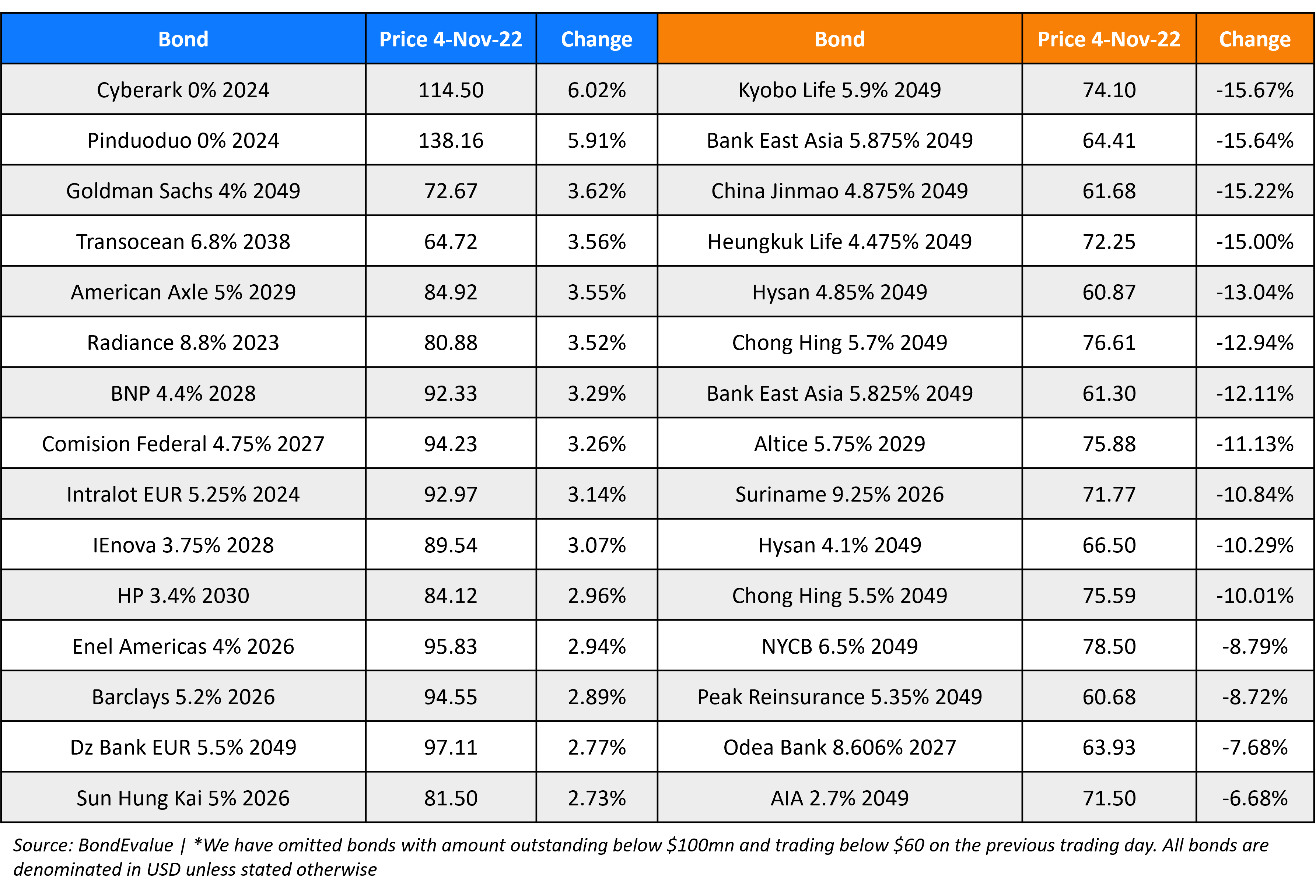