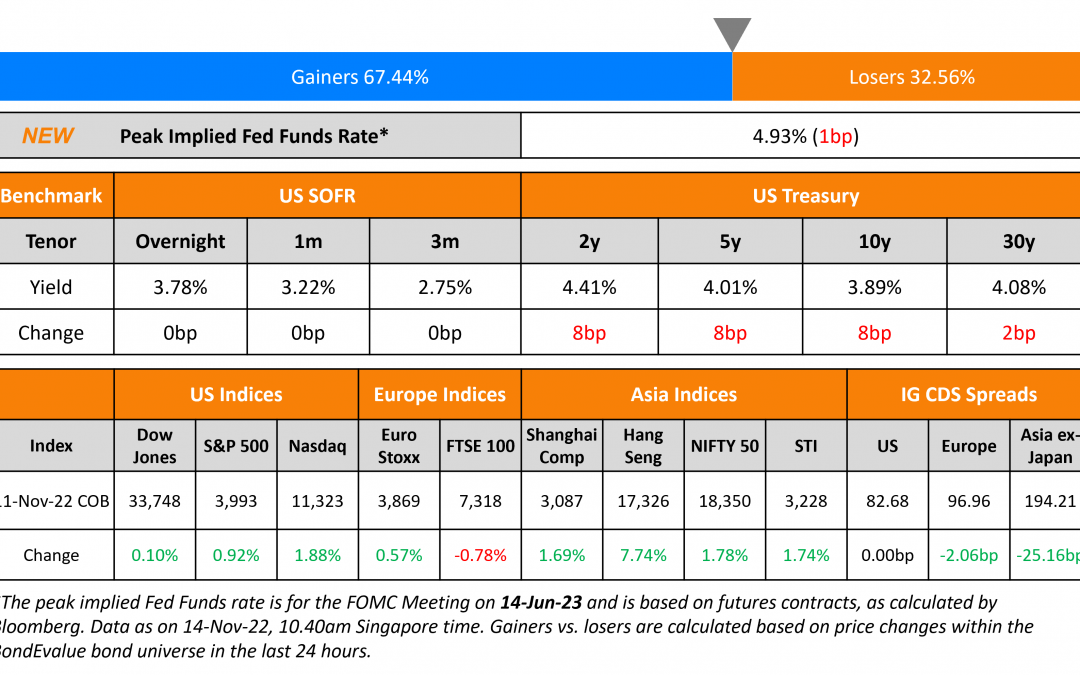 US Treasury yields are up over 8bp today after having dropped over 25-30bp on Friday following the softer than expected CPI print. The peak Fed Funds rate rose by 1bp to 4.93% for the June 2023 meeting. Probabilities of a 50bp hike at the FOMC’s December meeting now stand at 81%. Meanwhile, Fed Governor Christopher Waller commented on the future path of interest rates at a conference in Sydney on Monday by stating, “These rates are going to stay — keep going up — and they’re going to stay high for a while until we see this inflation get down closer to our target.” US credit markets were shut on Friday due to the Veterans Day holiday. US equity markets rallied again with S&P and Nasdaq up 0.9% and 1.9% respectively.

Bonds whose size is fixed and cannot be increased are called ‘Will Not Grow (WNG)’ or ‘No Grow’ bonds. Sometimes, issuers increase the final size of a deal to accommodate investor appetite. WNG bonds however have a fixed size and will not be increased. For example, green bonds often fall into this category as per the Climate Bonds Initiative (CBI). The CBI says that issuers need to show that there are enough green projects to match the amount that they intend to raise and for some, the number of suitable projects is limited. This according to them shows why green bonds tend to be smaller than vanilla bonds from the same issuer whereas for others there is more flexibility and the final size of the deal can be increased to accommodate investor appetite.

“These rates are going to stay — keep going up — and they’re going to stay high for a while until we see this inflation get down closer to our target. We’ve still got a ways to go. This isn’t ending in the next meeting or two… It’s good finally that we saw some evidence of inflation starting to come down. We’re going to need to see a continued run of this kind of behavior on inflation slowly starting to come down before we really start thinking about taking our foot off the brakes here.”

“We would not be surprised to see broad-based inflation turn negative in 2023… Clearly, we should be rooting against Depression and for the Roaring Twenties. Given conflicting data and the stark difference in these outcomes, the Fed should be debating the possible risks associated with its current policy, at the very least, instead of voting unanimously.”

“The fiscal consolidation needs to take into account that citizens are already squeezed. But unless Sri Lanka doesn’t push through necessary reforms, the country could find itself back in the same position.”

“Reforms need to be done to eradicate government inefficiencies, which would help trim prices and bring down inflation… Blindly implementing revenue policies could hurt certain segments and prevent the economy from picking up” 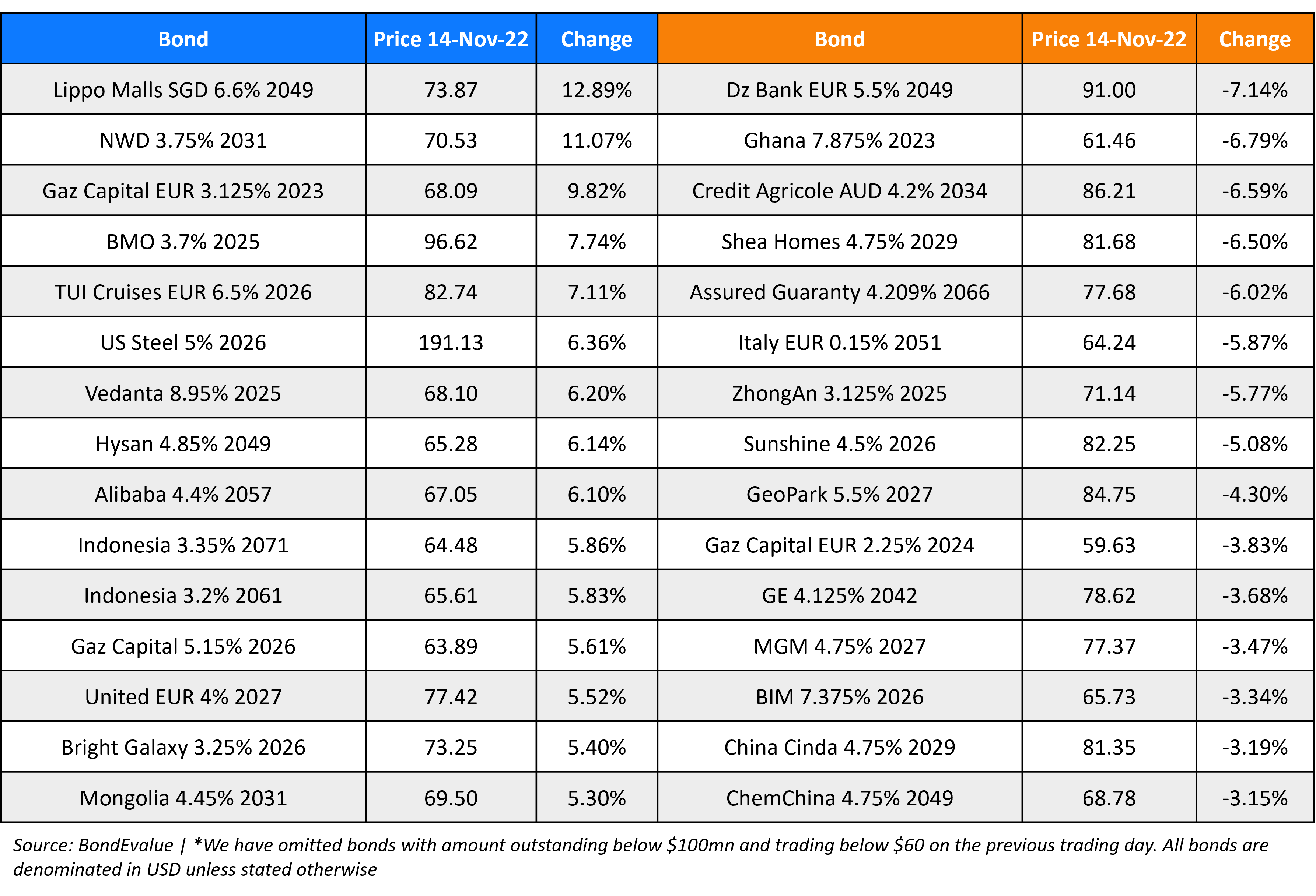