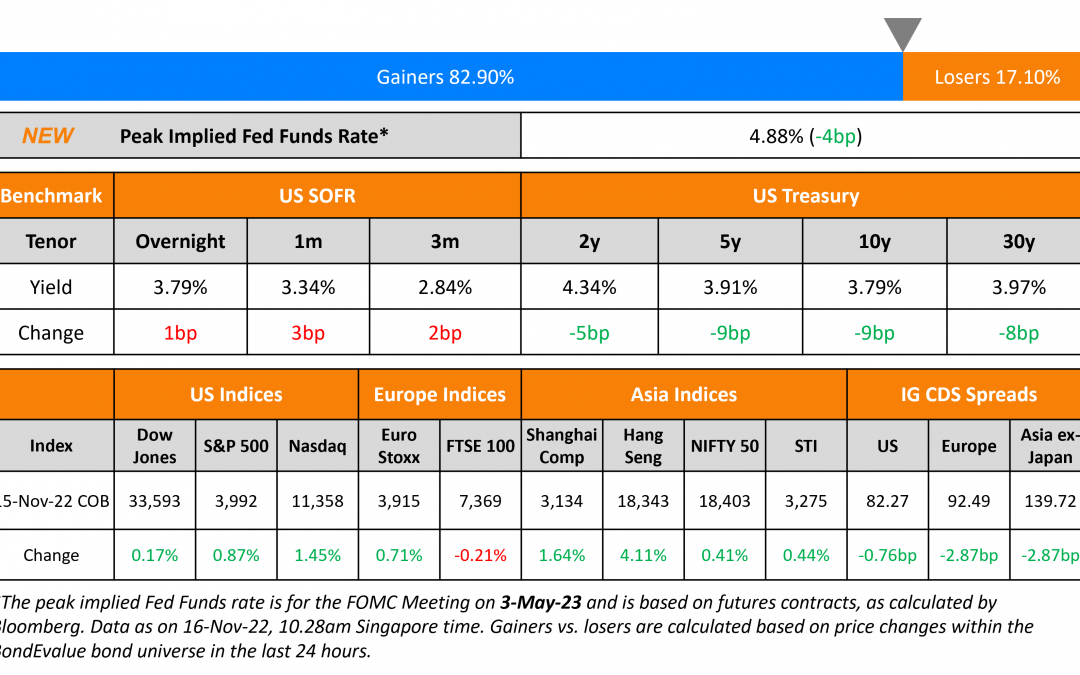 US Treasury yields eased by ~9bp across the 5Y, 10Y and 30Y tenors on Tuesday with US PPI (Producers Price Index) rising by 8% YoY to a 14-month low in October. The latest print adds to the softer CPI print last week calling for a slowdown in inflation and thereby, the pace of Fed rate hikes. The peak Fed Funds rate eased by 4bp to 4.88% for the May 2023 meeting. Markets will now watch out for the US retail sales data later today for signs of the pace of demand – retail sales is expected to soften to 6.9% YoY in October from 8.2% in September. Probabilities of a 50bp hike at the FOMC’s December meeting now stand at 85%. US IG CDS spreads tightened 0.8bp and HY spreads saw a 4.1bp tightening. US equity markets moved higher with the S&P and Nasdaq up 0.9% and 1.5% respectively.

Banco Santander UK raised $1.5bn via a 4NC3 bond at a yield of 6.833%, 30bp inside initial guidance of T+295bp area. The senior unsecured bonds have expected ratings of Baa1/BBB/A. Proceeds will be used for general corporate purposes.

ABN AMRO raised €1bn via a 10.25NC5.25 bond at a yield of 5.184%, 25bp inside initial guidance of MS+270bp area. The subordinated bonds have expected ratings of Baa2/BBB-/BBB+. Proceeds will be used for general corporate purposes and to strengthen the issuer’s capital base.

Philip Morris raised $6bn via a five-tranche deal as seen in the table below:

A Selective Default (SD) credit rating is assigned by S&P when the rating agency believes that the obligor/issuer has selectively defaulted on a specific issue or class of obligations but it will continue to meet its payment obligations on other issues or classes of obligations in a timely manner. A rating on an obligor/issuer is also lowered to D or SD if it is conducting a distressed debt restructuring.

On JPMorgan Seeking to Grow in Buyouts After Rivals Lose Billions

“We want to gain market share with smart underwrites. We will not do anything kamikaze, no shooting over-the-hill underwriting assuming the market will get better… Some deals we said no to as we didn’t like the credit”

“We may have been viewed as intransigent at the time, but we had to trust our judgment. It feels as if relative to our position in volume league tables we are underrepresented on expected losses.”

“Tighter money has not yet constrained business activity enough to seriously dent inflation. I anticipate that more rate hikes will be needed… Right now, job number one for the FOMC is to tame inflation that is unacceptably high”

“As long as we are moving consistently and meaningfully to collapse inflation down, I think again we can continue to raise as we need to but also pause when it makes sense along that path… I just don’t think we need to go way up…and way down, that doesn’t make sense to me, policy wise”

“The simulated impact on banks’ asset quality from the end of 2022 is material, albeit from historically low non-performing loan (NPL) levels, with a downside estimate of the NPL ratio increasing by 80 basis points” 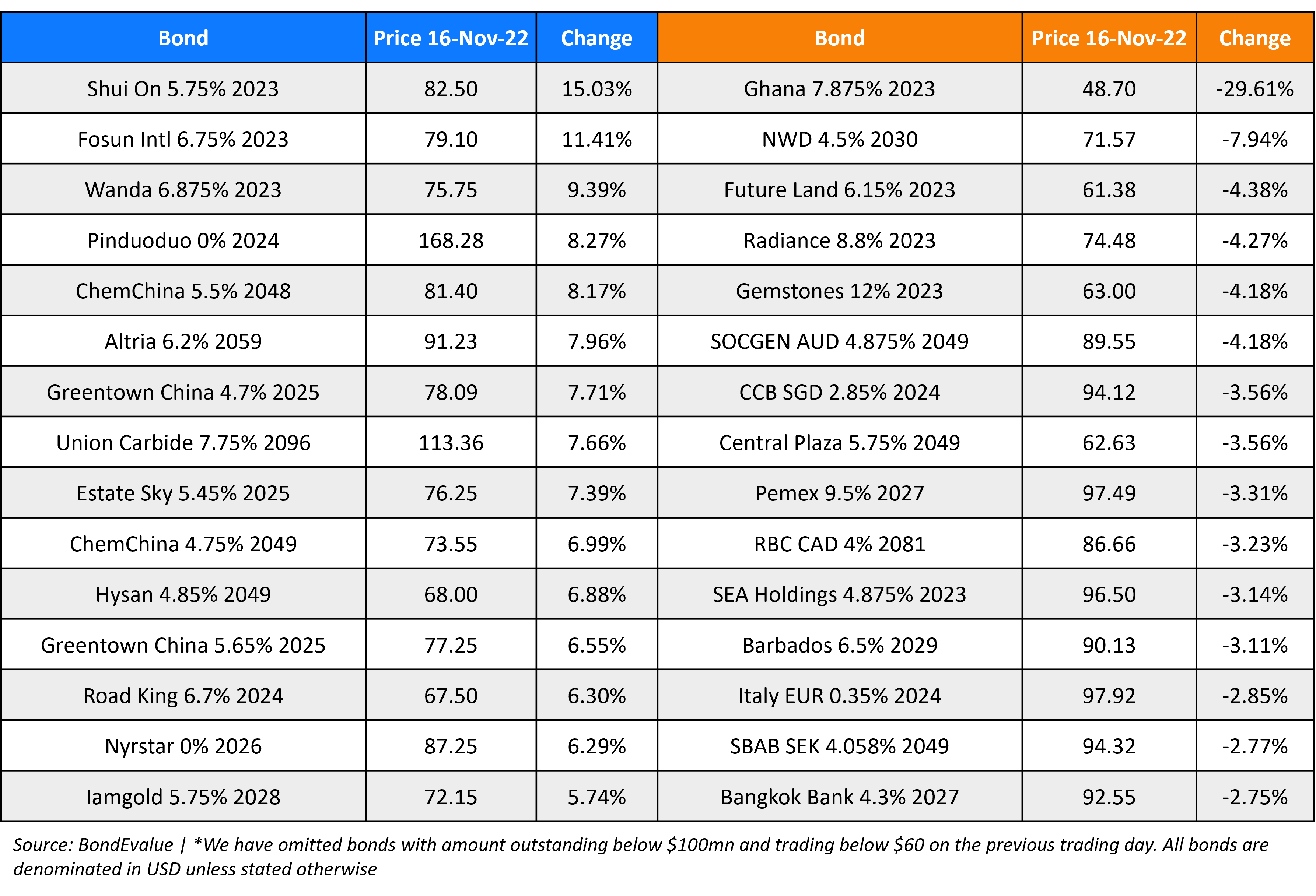