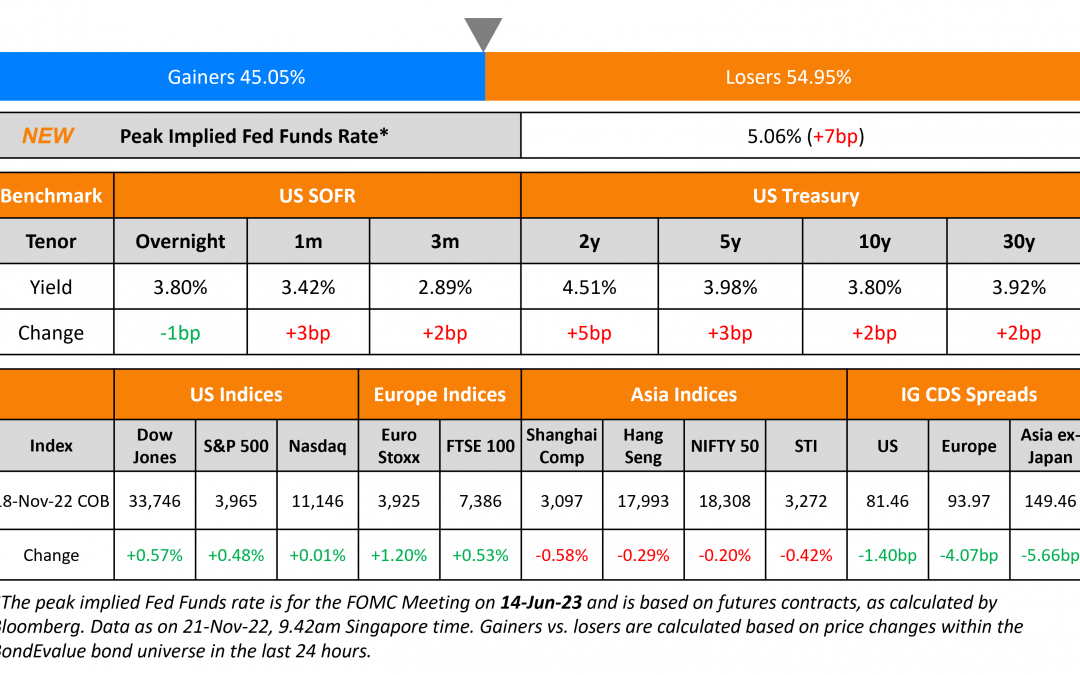 US Treasury yields moved 2-5bp higher on Friday, with the 2Y leading the move and the 2s10s yield curve flattening further to -71bp from -62bp last week. The peak Fed Funds rate subsequently rose by 7bp to 5.06% for the June 2023 meeting. Probabilities of a 50bp hike at the FOMC’s December meeting continue to stay above 80%. US IG CDS spreads tightened 1.4bp and HY spreads saw a 9.1bp tightening. US equity markets were higher with the S&P up 0.5% and Nasdaq marginally higher.

Chengfa Industrial raised $105mn via a 364-day bond at a yield of 6.5%, unchanged from initial guidance. The senior unsecured bonds are unrated. Proceeds will be used to repay offshore debt.

Shaanxi Yushen raised $85mn via a 3Y bond at a yield of 7%. Proceeds will be used for infrastructure construction.

Yield per duration is a ratio that indicates how much yield an investor would receive on a bond for every unit of the bond’s duration (click here to learn more about bond duration) that they take while buying a bond. It is thus a useful measure to see the incremental return per unit of interest rate risk. Naturally, a high yield for a shorter duration would indicate the best reward-to-risk for an investor purely in terms of interest rate risk (and not necessarily credit risk). 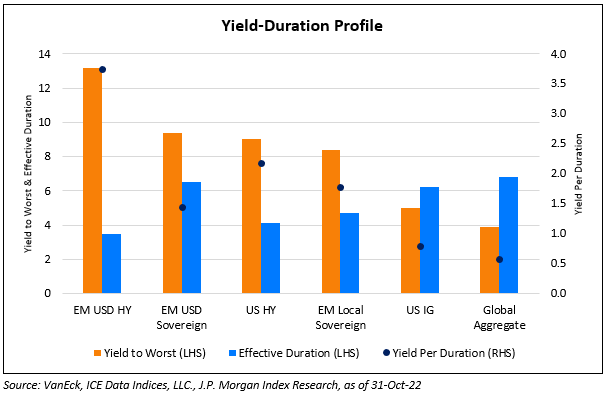 From the above chart, the EM HY dollar bond index offer the maximum yield per duration. Fran Rodilosso, Head of Fixed Income ETF Portfolio Management at Nasdaq notes that this additional carry over comparable the US HY bond index would enable EM HY companies absorb a larger degree of rise in base interest rates or wider credit spreads. However, it should also be noted that the EM USD HY index might be offering the highest yield per duration due to the higher weightage of Chinese corporates and the increased defaults in the sector.

On Bond Market Heading Into Treacherous Waters as Activity Subsides

On NY Fed saying that bank liquidity may be tighter than thought, with policy implications

“There is still a potential for strategic cash hoarding when reserve balances get sufficiently low… As central banks around the world respond to inflation by tightening their monetary stance and shrinking their balance sheets, the potential consequences for the wholesale payment system of the ongoing draining by central banks of reserves will likely be an important input into policy making”.

“The dollar’s exceptionalism premium is receding as the Fed approaches maximum hawkishness. The safe haven premium is also falling as the backdrop improves”

“Weak global growth and less CPI inflation allow the Fed to pause, driving US rates and the US dollar lower” 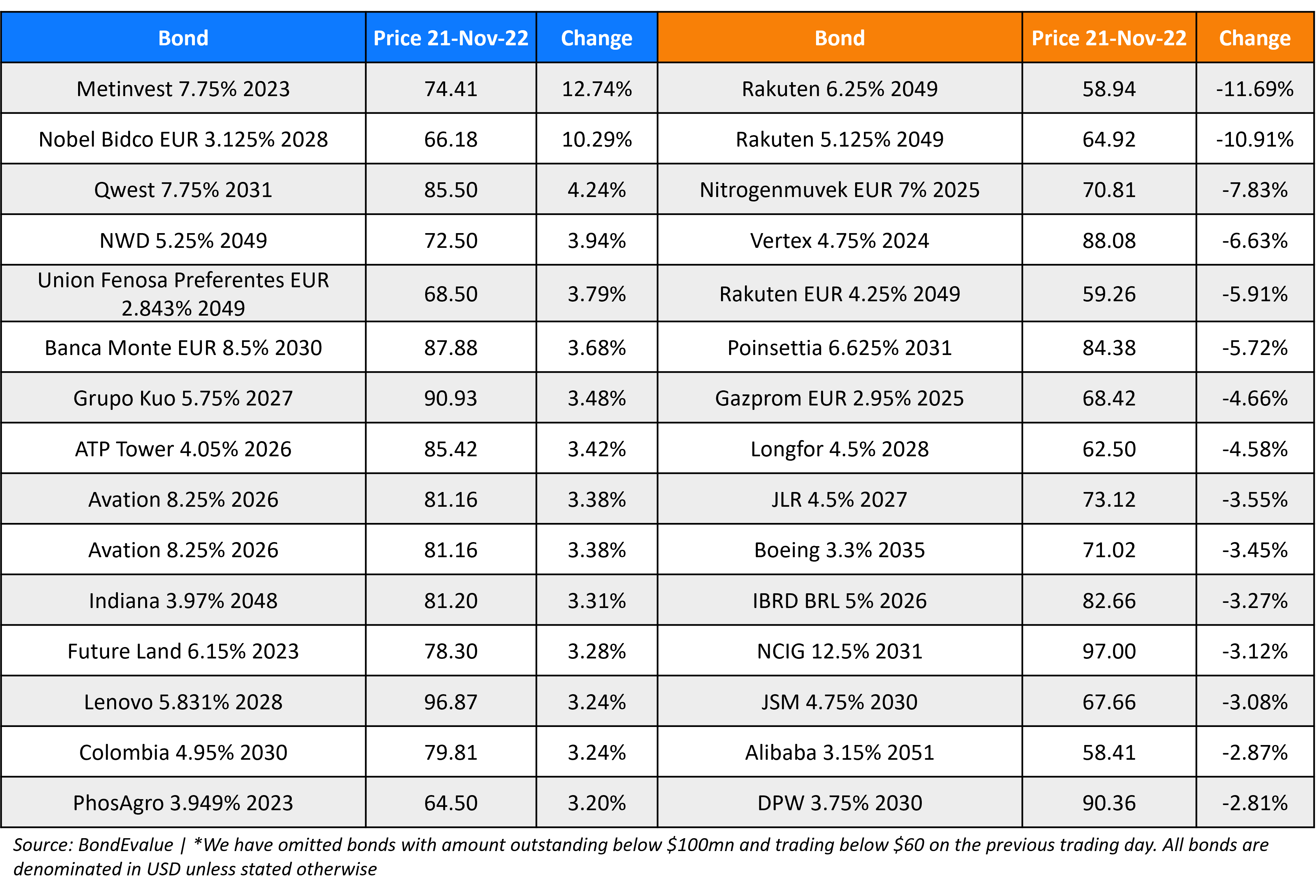