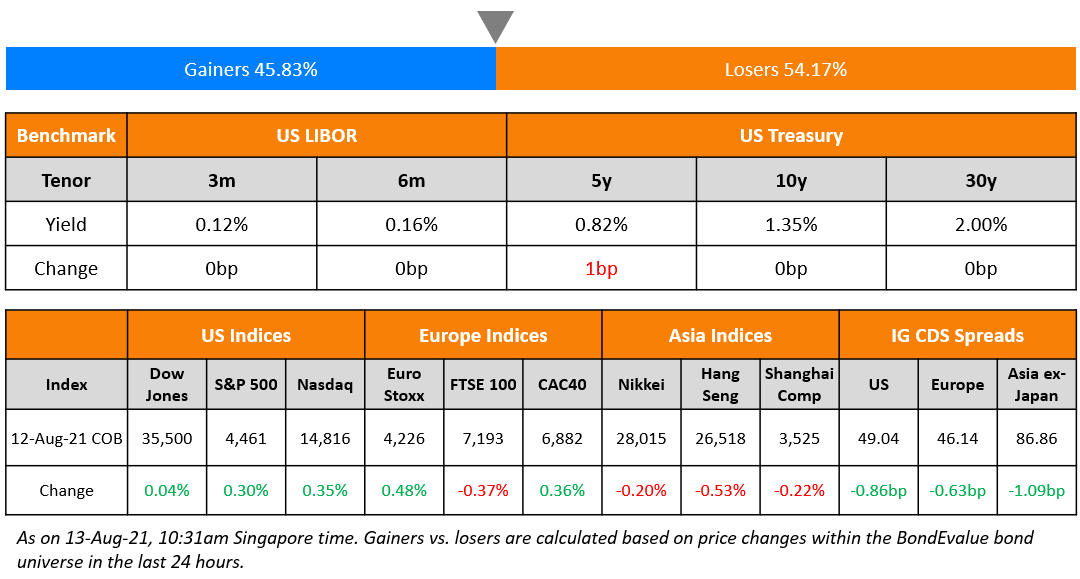 US markets once again inched higher with both the S&P and Nasdaq up ~0.3%. Healthcare and IT up over 0.5%, pushed the bourses up while Energy, down 0.5% pulled them down. European markets had a mixed day – DAX and CAC were up 0.7% and 0.4% respectively while FTSE was down 0.4%. Saudi’s TASI was flat. Brazil’s Bovespa closed 1.1% lower. APAC stocks started in the red – the HSI and Singapore’s STI were down 0.5-1% and Nikkei and Shanghai were down ~0.2%, US 10Y Treasury yields remained flat at 1.35% amid a lackluster 30Y bond sale. US IG and HY CDS spreads tightened 0.9bp and 4.5bp. EU Main and Crossover CDS spreads tightened 0.6bp and 4.3bp respectively. Asia ex-Japan CDS spreads were 1bp tighter. 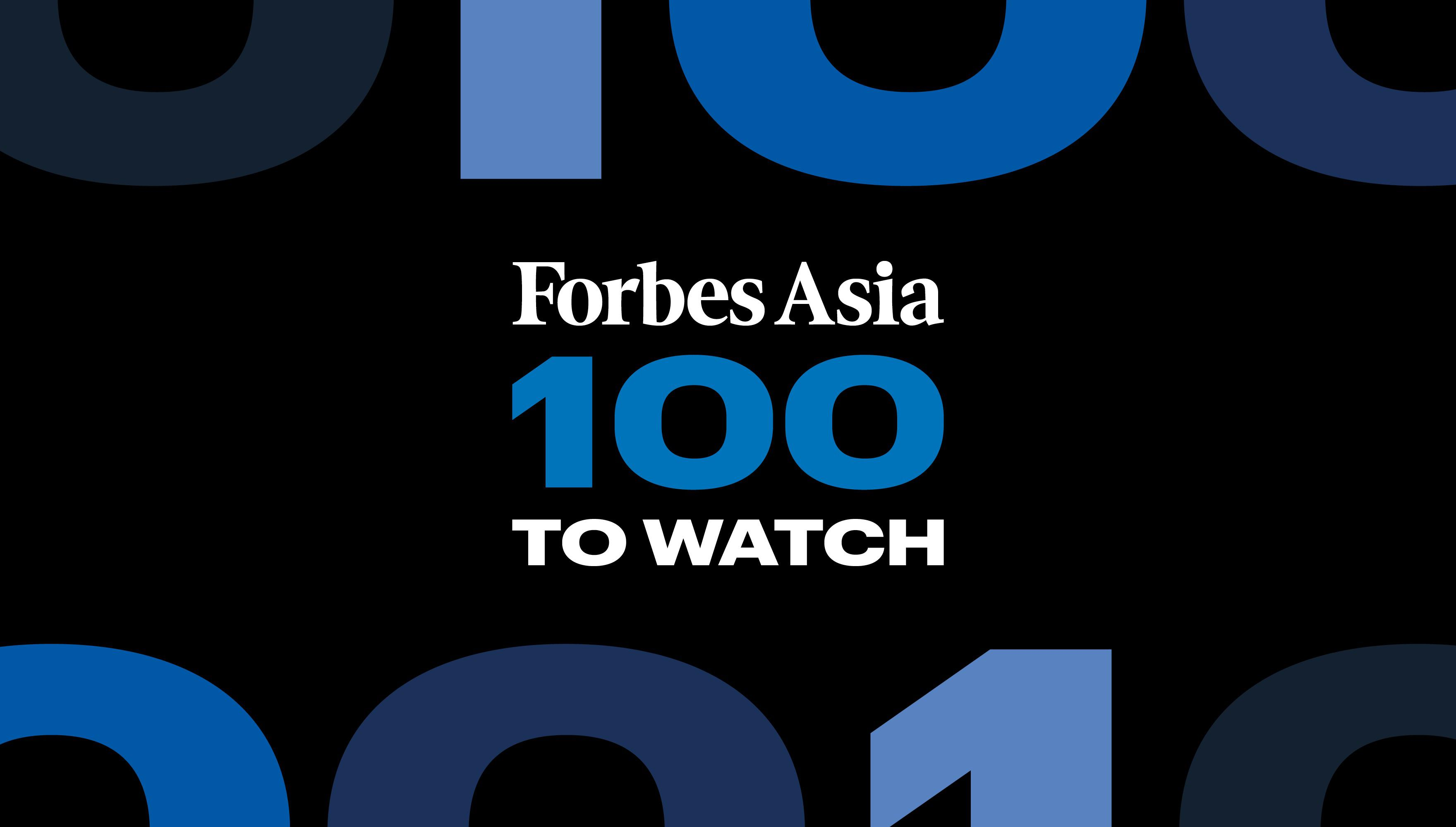 BondEvalue has been named in the ‘Forbes Asia 100 to Watch’ list for making bonds more widely accessible to individual investors with the BondbloX Bond Exchange, the world’s first fractional bond exchange that allows trading in minimum denominations of $1,000. 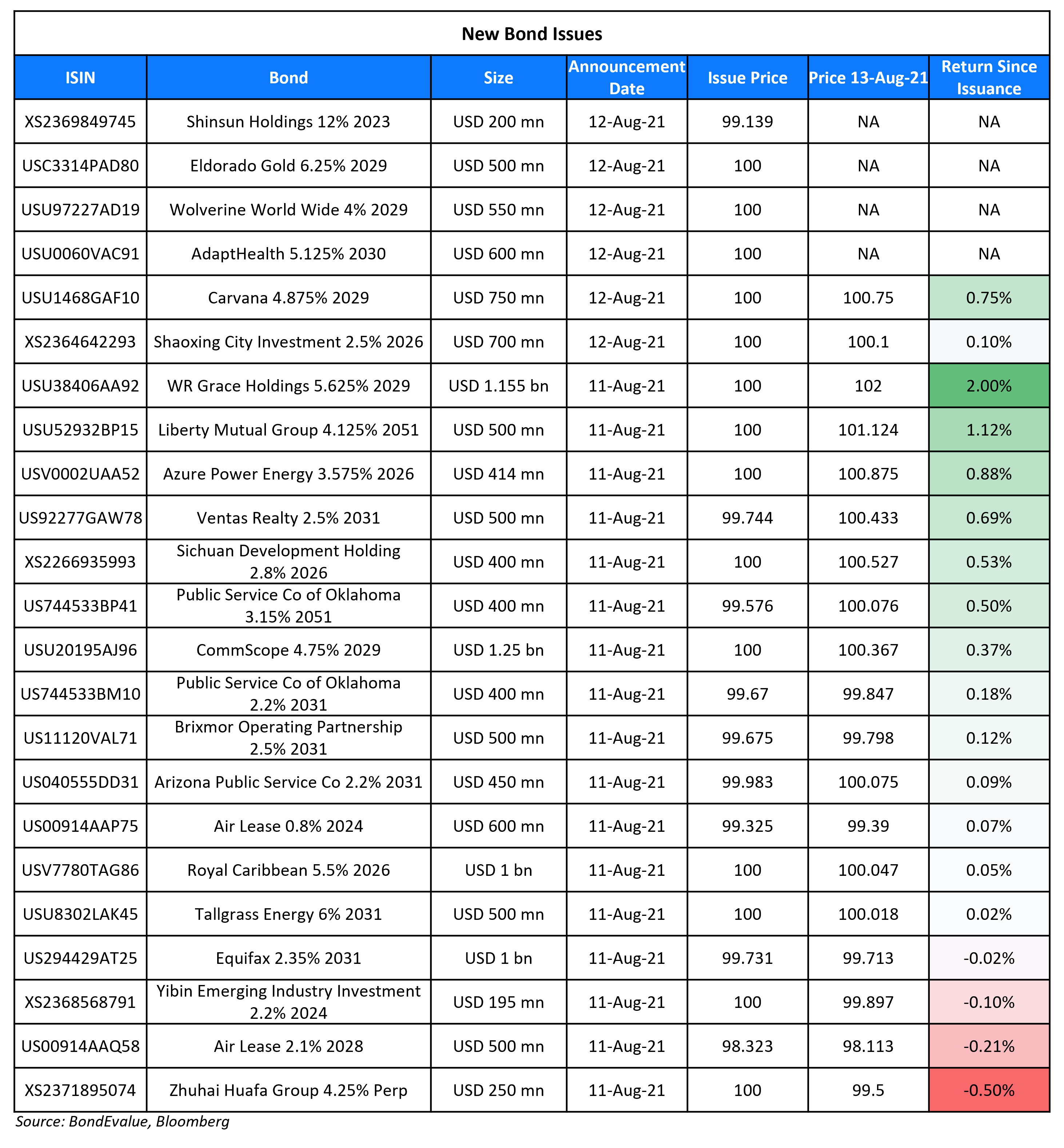 Shaoxing City Investment Group raised $700mn via a 5Y bond at a yield of 2.5%, 60bp inside initial guidance of 3.1% area. The bonds are rated BBB+ and received orders over $4bn, 5.7x issue size. Proceeds will be used for offshore refinancing, onshore project construction and working capital. Shaoxing City Investment Group is fully owned by the Shaoxing SASAC in Zhejiang province with its businesses in natural gas and bottled liquefied gas sales, water, and infrastructure construction and operation.

Shinsun Holdings Group raised $200mn via a 2Y sustainable bond at a yield of 12.5%, 25bp inside initial guidance of 12.75% area. The bonds have expected ratings of B3/B- and received orders over $425mn, 2.1x issue size. Proceeds will be used for offshore debt refinancing.

Fiscal balance is the difference between a government’s total revenue (total taxes and non-debt capital receipts) and its total expenditure. A fiscal deficit is when the government’s expenditure exceeds its income and a surplus is when the income exceeds expenditure. Fiscal balances are typically stated as a percentage of the economy’s GDP. A deficit or gap is generally filled by borrowing from the central bank of the country or by raising money from capital markets through debt instruments. A recurring high fiscal deficit implies that the government is spending beyond its means and could lead to a default in an extreme case.

On the possibility of bond taper this year as US sees strong recovery in economic activity and consumer spending
Mary Daly, president of the San Francisco Federal Reserve
“I remain very optimistic and positive about the [autumn] and ongoing improvements in the key variables we care about.” “That for me means it’s appropriate to start discussing dialling back the level of accommodation that we’re giving the economy on a regular basis, and the starting point for that is of course asset purchases.” Talking about potentially tapering those later this year or early next year is where I’m at.” “We’re really adding enough jobs to see that we’re making progress towards our full employment goal,” said Daly. “We’re not there yet . . . [but] we’re chipping away at the hole that was dug by Covid.”
Esther George, president of the Kansas City Federal Reserve
“While recognising that special factors account for much of the current spike in inflation, the expectation of continued strong demand, a recovering labour market and firm inflation expectations are consistent, in my view, with the committee’s guidance regarding substantial further progress toward its objectives.” “I support bringing asset purchases to an end under these conditions.”
On bond losses seen in India as dissent breaks out at central bank
Badrish Kulhalli, head of fixed income at HDFC Life Insurance Ltd
“What caused the unease for the market was that the vote for the accommodative stance was 5-1.” “The expectation is that, once the minutes are out, they may show a greater amount of debate about the time period for maintaining the accommodative stance.”
In a note by ICICI economists including A. Prasanna
“The RBI could straddle this divide between market expectations and its own patient approach by guiding the market for a December hike using growth and vaccination goalposts.” “Such a contingent guidance in the October review would plausibly prevent premature tightening of financial conditions.”
Rajeev Pawar, head of treasury at Ujjivan Small Finance Bank
“The way the market moves will depend on supply and how much the RBI buys in its so-called GSAP purchases.” “It’s pure supply and demand driven right now. The market is not in a bearish mode, but completely in a holding pattern.”

In a statement by Bank of Mexico

“Although the shocks that have increased inflation are expected to be transitory, due to their variety, magnitude, and the extended horizon over which they have affected it, they may pose risks to the price formation process.” “It was deemed necessary to strengthen the monetary policy stance in order to avoid adverse effects on inflation expectations and enable an orderly adjustment of relative prices and the convergence of inflation to the 3% target.”
Nikhil Sanghani, an economist at Capital Economics
“The tightening cycle will continue to progress gradually from here, even as inflation stays well above target over the coming months.”
On cutting costs in excess Additional Tier 1s – Richard Staff, head of capital issuance and term funding at Standard Chartered
“As we transition from banks building out AT1 stacks to a refinancing cycle, the focus for many has naturally turned toward strategies to mitigate the meaningful carry cost associated with holding excess AT1 on the balance sheet.”
On investors in Asia focusing more on credit profile than ESG – in a report by CreditSights analysts including Sandra Chow

“Investors’ focus when choosing whether to buy an Asian ESG bond is still driven by the credit profile of the issuer and the bond pricing, rather than the ESG credentials of a specific bond issue.” “This might be because ESG investing is still at a relatively early stage in Asia.” 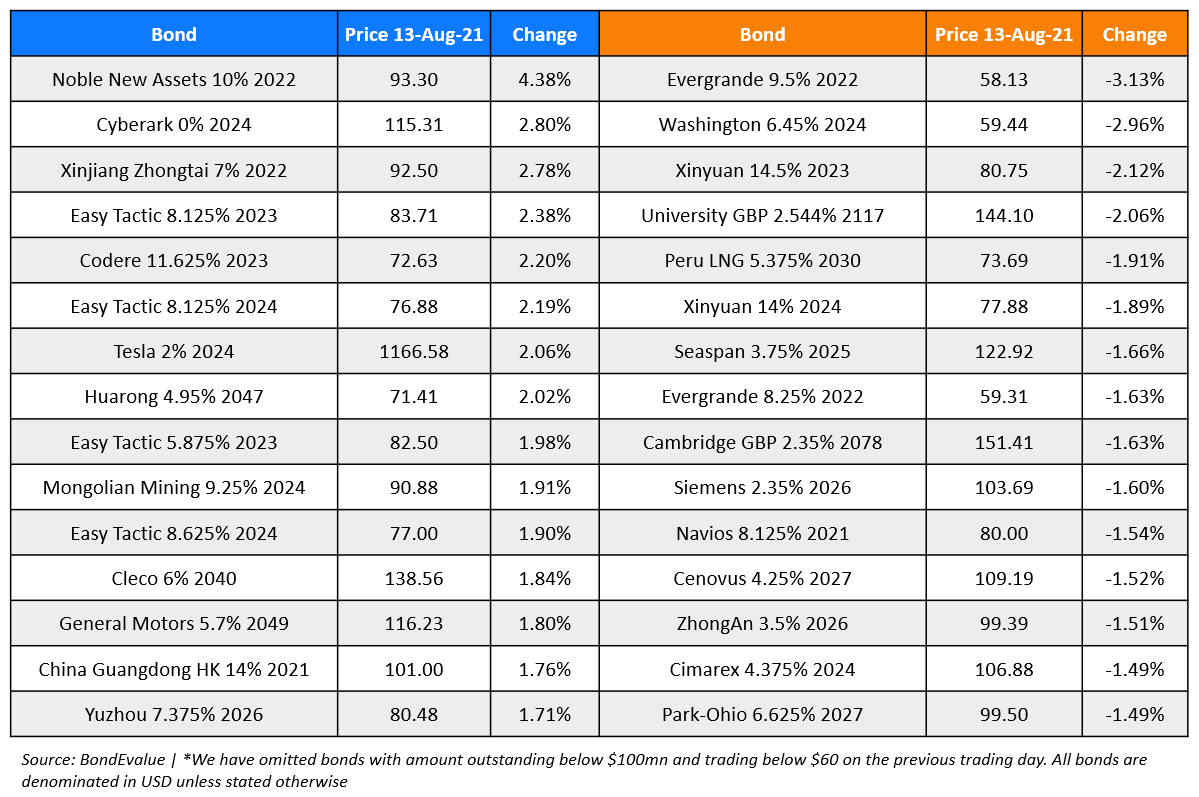