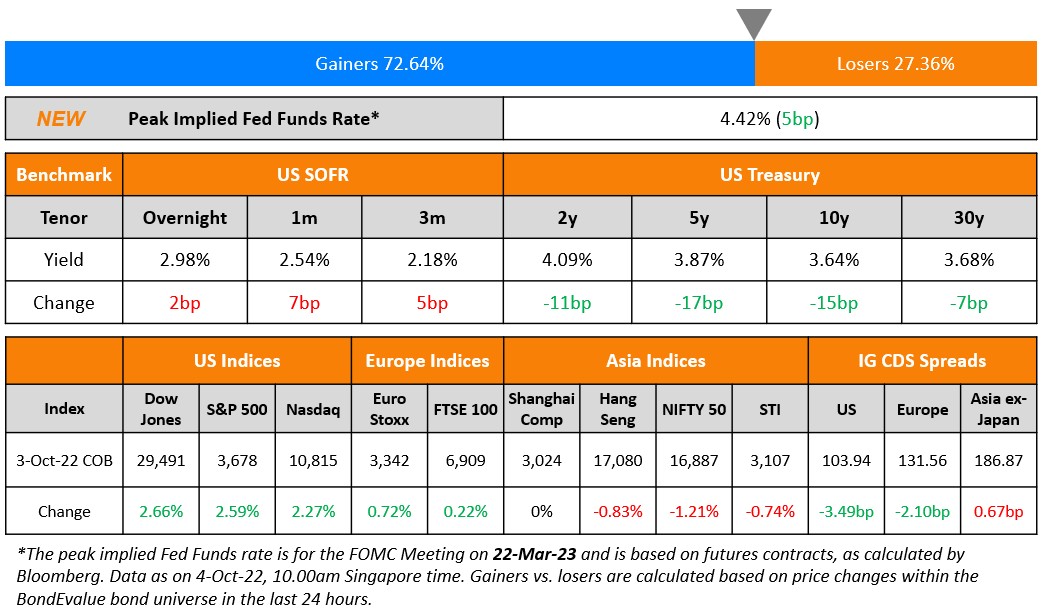 US Treasury yields fell on Monday with the 2Y yield down 11bp to 4.09% and the 10Y down 15bp to 3.64%. The peak Fed Funds Rate currently stands at 4.42% for the FOMC’s March 2023 meeting, 5bp lower than yesterday. US credit markets saw a general tightening of CDS spreads, with IG tightening slightly by 3.7bp and HY tightening by 14.75bp. US equity markets snapped its downward trend with the S&P and Nasdaq rallying 2.59% and 2.27% respectively. ISM’s manufacturing PMI dropped to 50.9 for September from 52.8 last month, falling lower than market forecasts of 52.2. This is the lowest reading since May 2020 and indicates a notable contraction in US’ manufacturing industries amid recession fears. ISM Manufacturing Business Survey Committee chair Timothy Fiore said “companies are now managing head counts through hiring freezes and attrition to lower levels, with medium- and long-term demand more uncertain.”

A CDS curve inversion is seen when short-term CDS spreads are rising faster than long-term CDS spreads. Such a phenomenon indicates a higher cost (on an annualized basis) for protecting against a default in the short-term vs. the longer-term. This is seen when issuers face a crisis and/or a liquidity event where there is a higher degree of uncertainty over its creditworthiness in the near-term vs. in the longer-term.

“A Fed pivot, or the anticipation of one, can still lead to sharp rallies…Just keep in mind that the light at the end of the tunnel you might see if that happens is actually the freight train of the oncoming earnings recession that the Fed cannot stop…US equities are in the final stages of a bear market and could stage a rally in the near term going into the earnings season before selling off again.”

“High yield is a different beast…From a spread standpoint, we may be nearer the beginning than the end…As 2023 approaches, indebted high-yield issuers that have so far been able to hold off on refinancing as borrowing costs rise may finally be forced to tap markets.”

“[we] expect third-quarter earnings to be weak, particularly for highly levered loan issuers. That could lead leveraged loans to underperform junk-rated bonds…The risk of corporate debt market dysfunction is rising as risk appetite falls and primary market volumes dry up.”

“A deep global recession would hurt high yield, but we think the sector is well positioned to withstand the more modest slowdown we anticipate.”

“Everyone knows they need to do a significant restructuring, investors know they need to raise capital through another equity raise, so there are these dramatic developments,” he said.

“The market is concerned, people expect trouble in the short term, this is a classic inversion of the spread…But I think in these markets fears get overblown.” 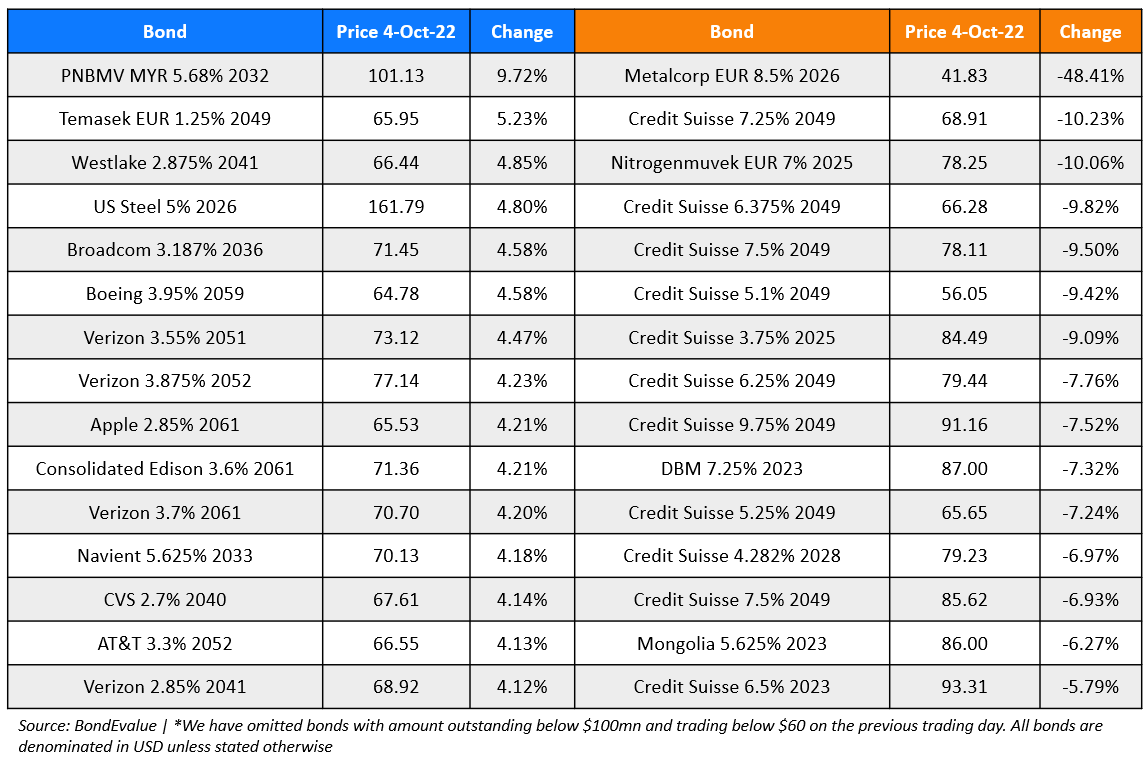