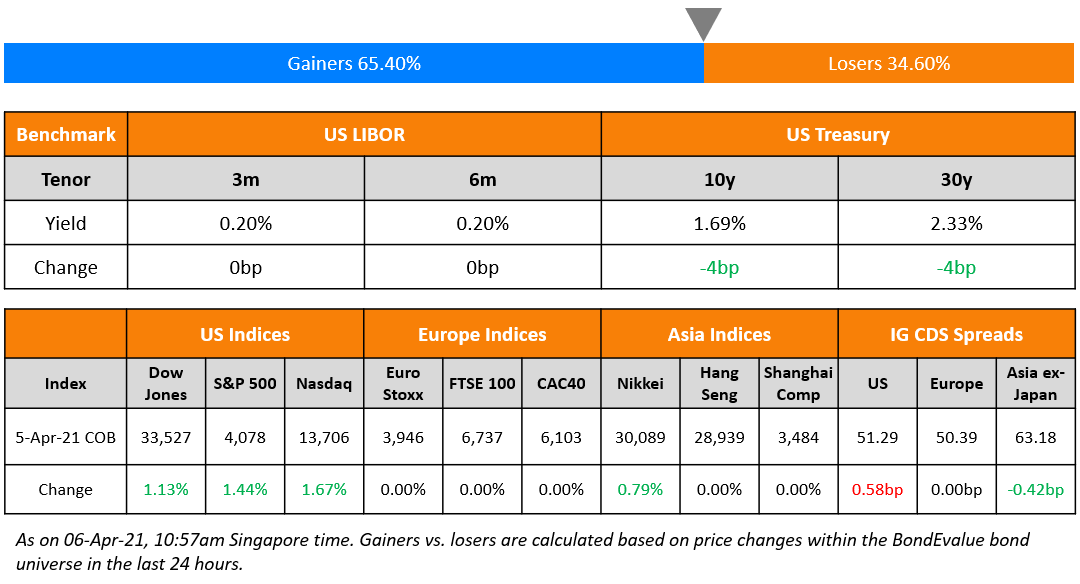 Another positive day for equities as S&P rallied 1.4% to an all-time high and Nasdaq strengthened by 1.7%. US 10Y yields eased 4bp to 1.69% even as the ISM non-manufacturing survey number for March jumped to its highest ever reading of 63.7 complementing the strong NFP number released last Friday. Most Asian and European equity markets were shut on account of Easter Monday. US IG CDS spreads were 0.6bp tighter and HY was 0.8bp tighter. Asian equity markets are flat and Asia ex-Japan CDS spreads were 0.4bp tighter.

Keen on learning how to do bond calculations on Excel from an ex-bond trader? Join us for the upcoming session on Using Excel to Understand Bond Calculations at 6pm SG/HK this Wednesday, April 7.

Reliance Retail has revised the timeline for the long stop date to September 30 2021 from March 31 2021.

“It was a great report, it’s nice to see those numbers. We’re still almost 8.5 million jobs below where we were before the pandemic so we need more of those kinds of jobs reports coming out,” she said. “I think we need to be very deliberately patient in our approach to monetary policy and really focus in on hitting those goals that we have for monetary policy,” Mester said. “I’m thinking that we’ll see a very strong second half of the year but we’re still far from our policy goals.” “I’m not concerned at this point in the rise in yields. I don’t think there’s anything for the Fed to react to,” she said.

“January and early February were probably the hottest primary market we’ve ever had,” said . “The volumes have been incredible.” “Last year was the biggest ever year in the sector. There probably was a little bit of concern going into this year about whether the market would digest similar levels of issuance again at such tight prices,” said Stirling.

The rise in bond yields emanating from the US prompted “a bit of a rethink”. “Some investors were probably a bit offside at one point,” said Rallis. Issuers and investor demand have recently shifted to medium- and shorter-dated bonds. “Demand for the long end will come back but we need to see some stability,” he added. Green bonds are “both politically very popular at the moment but there is also strong demand from the investor side”, said Rallis.

Malpass said he expects China, the United States and other Group of 20 major economies to extend a freeze in bilateral debt service payments through the end of 2021 when they meet this week. “We’re making some progress, but I think much more needs to be made,” Malpass said. 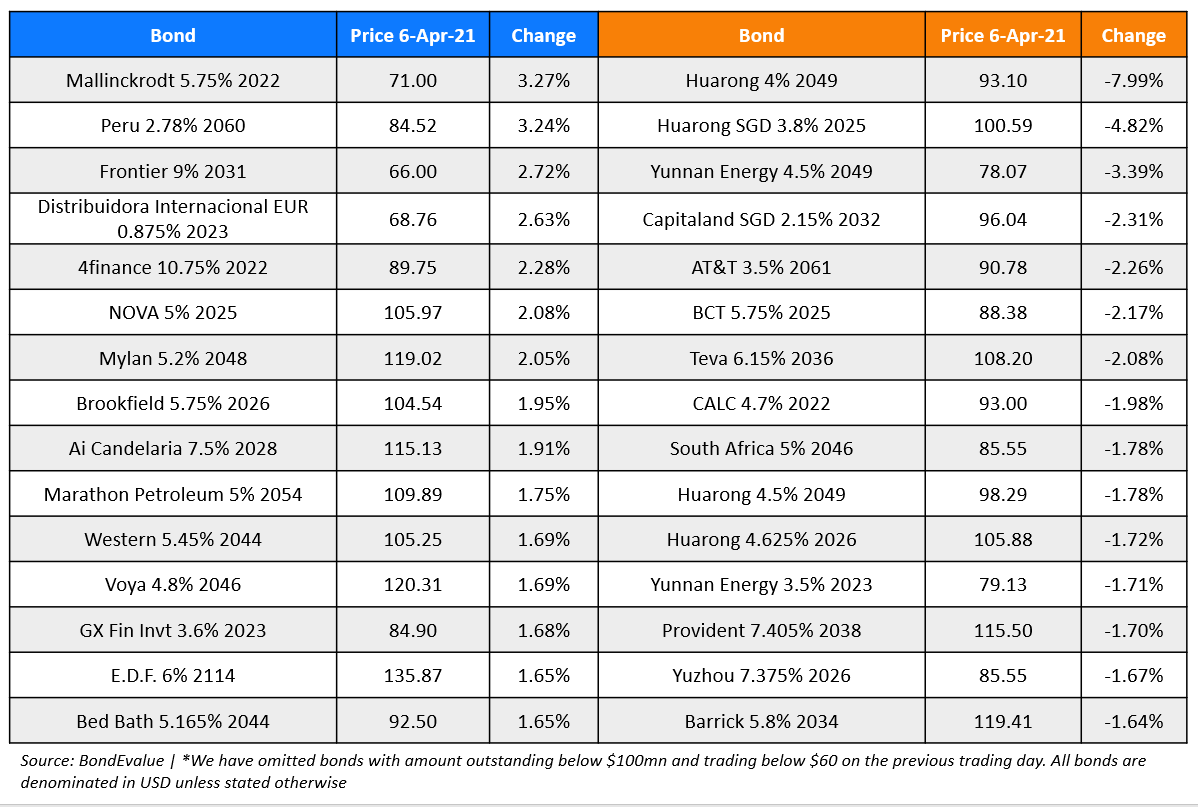