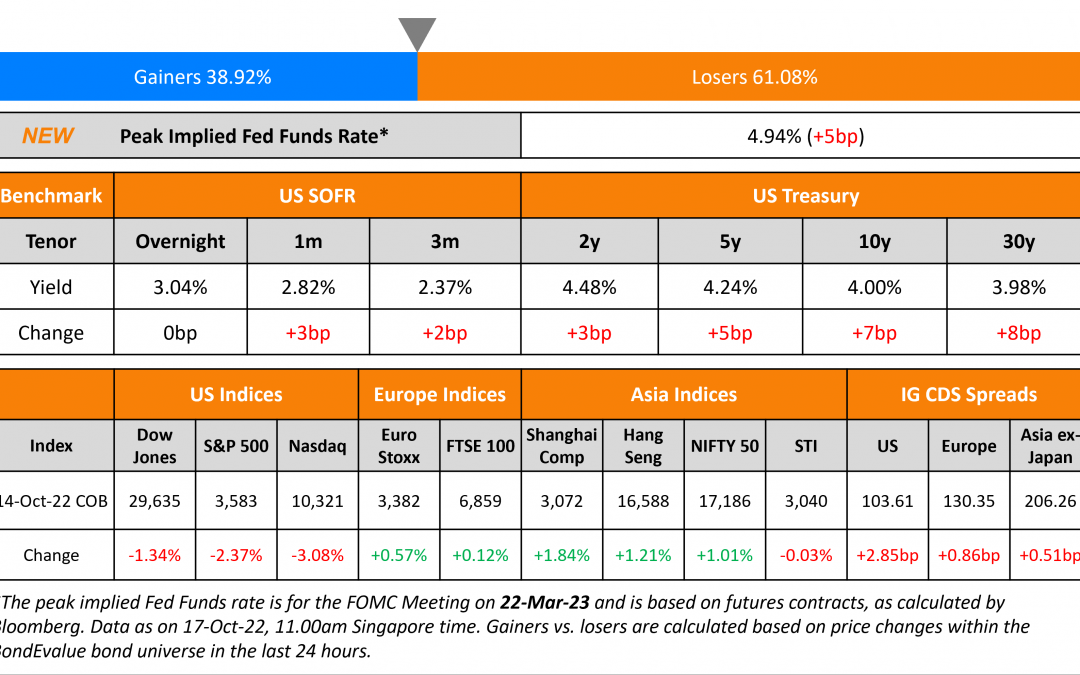 US Treasury yields have moved higher again after with the 10Y and 30Y yields up 7-8bp. The peak Fed Funds Rate rose by 5bp to 4.94% for the FOMC’s March 2023 meeting. In the credit markets, US IG CDS spreads widened 2.9bp and HY CDS spreads saw a 13bp widening. US equity markets wiped out Thursday’s gains with the S&P and Nasdaq down 2.4% and 3.1% respectively. Wall Street banking majors  like JPMorgan, Citi and Morgan Stanley reported their Q3 results, with the commencement of the earnings season – the three banking majors saw net profits fall 17-29%

Morgan Stanley raised $6.5bn via a three-tranche deal. It raised

The bonds have expected ratings of A1/A-/A. Proceeds will be used for general corporate purposes.

CASA is a banking term that refers to ‘Current Account Savings Account’ deposits and the CASA ratio is the ratio of these deposits as a percentage of total deposits. CASA deposits by nature, are low-cost deposits for banks as they pay lower interest rates on these as compared to term deposits. Thus, a higher CASA ratio is beneficial for a bank as its interest expenses are lower and leads its way to better earnings.

“Over a 12 month horizon, the way we look at markets, I think there is a lot of scope for rates to move lower, reflecting a slowly changing tune from both the inflation data and the Fed”

“The Fed is committed to raising rates until they see inflation coming down. And the curve, with 2s10s so inverted, is telling you that the Fed is going to push us, if not into a major slowdown, then a full-blown recession. With that you could get lower rates on the long end — and still higher rates on the short end.”

“With the FOMC’s backward-looking reaction function intensifying overtightening risks, we now expect the Federal Open Market Committee to cut the funds rate by 75 basis points in the final three meetings of 2023”

“I had the opportunity to speak with counterparts from a broad range of countries about the way global macroeconomic forces are affecting their countries. This week has left us better informed and better coordinated. There are spillovers from tightening monetary policy in advanced countries dealing with inflation to developing economies. That’s one of the reasons we’re so focused on providing relief.

“We will not hesitate to raise interest rates to meet the inflation target…. And, as things stand today, my best guess is that inflationary pressures will require a stronger response than we perhaps thought in August… he price cap will add to demand relative to what it would have been without the cap, and thus what we thought in August. It will therefore add to inflationary pressures towards the later part of the two-year period on which we focus.” 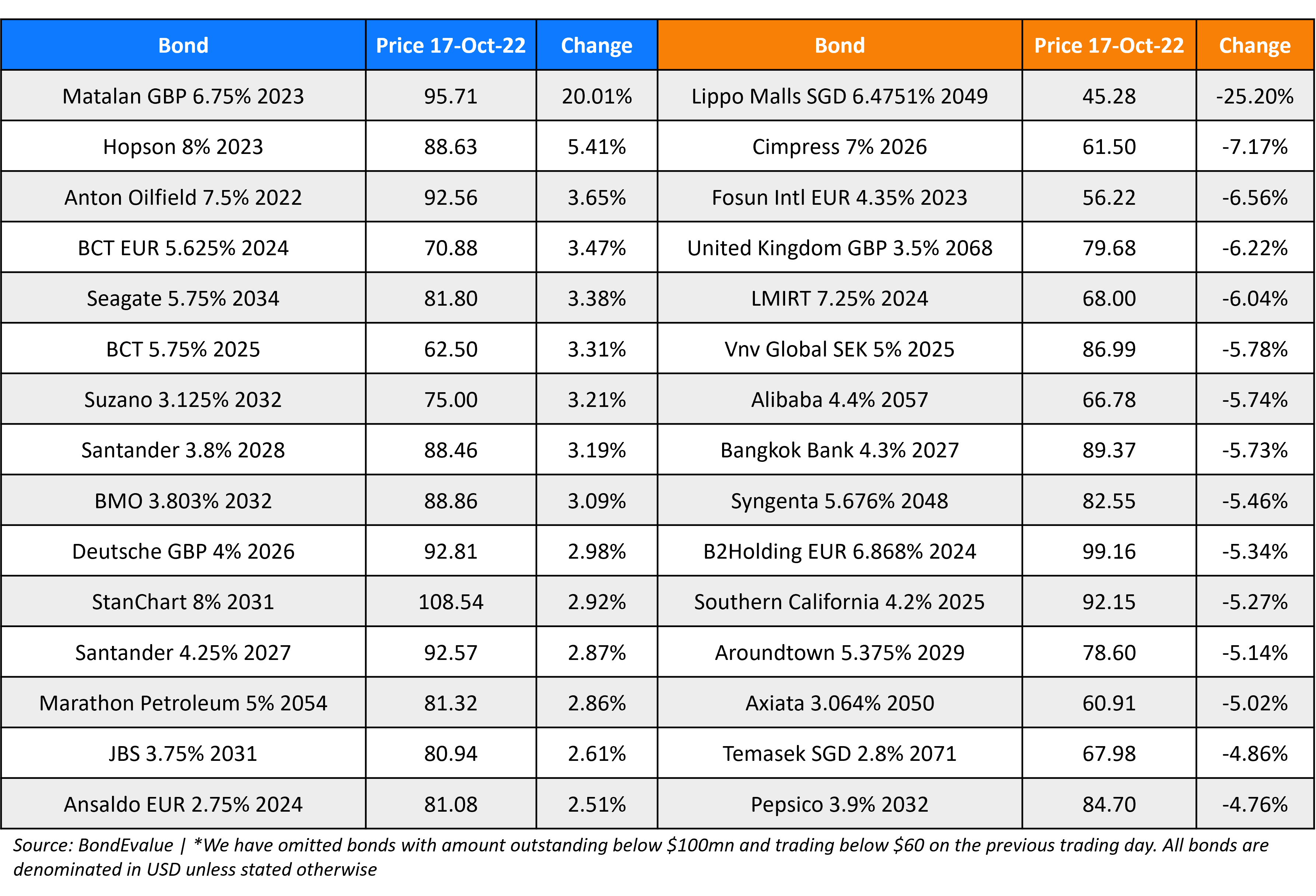