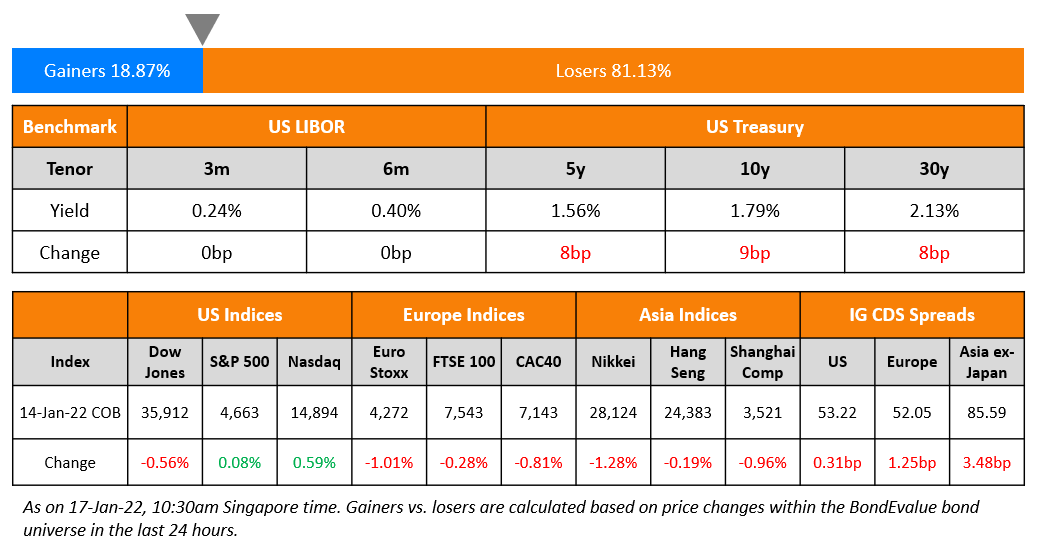 US Retail Sales fell -1.9% vs. a forecast of a -0.1% drop while core retail sales dropped -2.3% vs. forecasts of a 0.3% rise with analysts saying that higher prices caused consumers to curb spending. The People’s Bank of China cut the rate its 1Y policy loan rate by 10bp to 2.85%, its first since April 2020. Yewei Yang, an analyst at Guosheng Securities Co. said, “The PBOC has accelerated its pace of policy easing in order to guide borrowing costs lower and to encourage credit supply… The move suggests China’s economy is weak and it will trigger a significant slide in borrowing costs.”

Local government financing vehicles or LGFVs are debt-issuing entities set up by local governments in China to fund infrastructure and related projects. LGFVs came into existence because local governments were prohibited from raising debt directly. Hence, these local governments set up off-balance sheet entities known as LGFVs. LGFVs have become popular over the past decade and are regular issuers of Chinese yuan and US dollar bonds. While these issuers are backed by local governments, there were concerns among investors about their ability and willingness to repay debt driven by events in the past when LGFVs defaulted on their bonds.

“A 50 bp initial move would have the reflexive effect of reducing inflation expectations, which would moderate the need for more aggressive and economically painful steps in the future. The unresolved elephant in the room is the loss of the Fed’s perceived credibility as an inflation fighter.”

“The initial bond-bearish euphoria appears to be waning… But the combination of stability in other asset classes and further progress toward the cycle’s first hike will steadily embolden those anticipating higher yields.”

“A 10-year Treasury yield rising toward 2.25% makes sense with the Fed indicating that it will make a fast start to tightening this year. The market thinks the Fed will not raise rates beyond 2.5% without triggering a recession”

“Forward guidance was an expedient tool when they faced low inflation with disinflationary pressures. t is not clear it is sustainable where risks are bi-directional or tilted to the upside.”

“If inflation is just stubbornly high through the first half of this year, we’re going to have to do a lot more”

“I could be convinced of a fourth if inflation is not getting under control.”

“This $500 million could enable people, especially poor people, to buy and cook food for themselves and their children… Instead, the government is choosing to reimburse bondholders, who are hardly poor.”

“Sri Lanka has an unblemished record of debt repayment but in the present conditions of near-zero forex reserves, it may not be able to keep that record anymore”

“Now that the government is honoring [the debt], the same economists want the government to default or seek a restructure… It’s frivolous because it irresponsibly neglects the vast cost of default to Sri Lanka. vs. the manageable ISB settlement amounts. Sri Lanka has an impeccable credit record since independence, and [the] opposition now realizes this is the best opportunity to destabilize the government.” 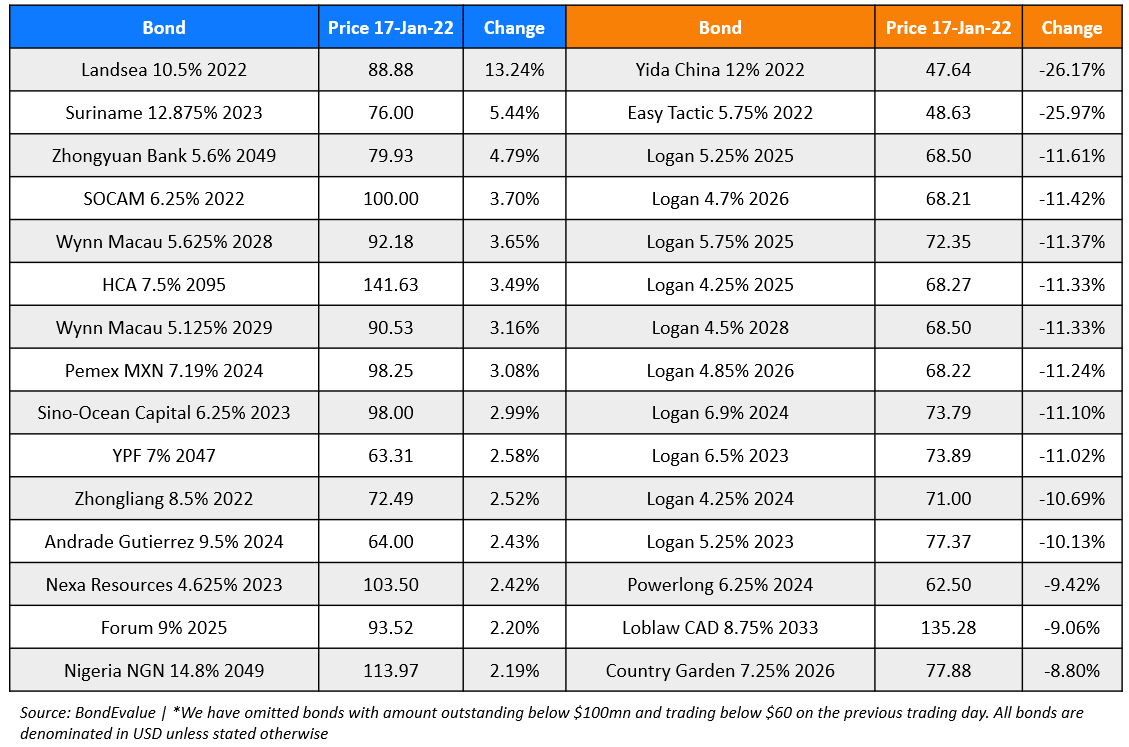