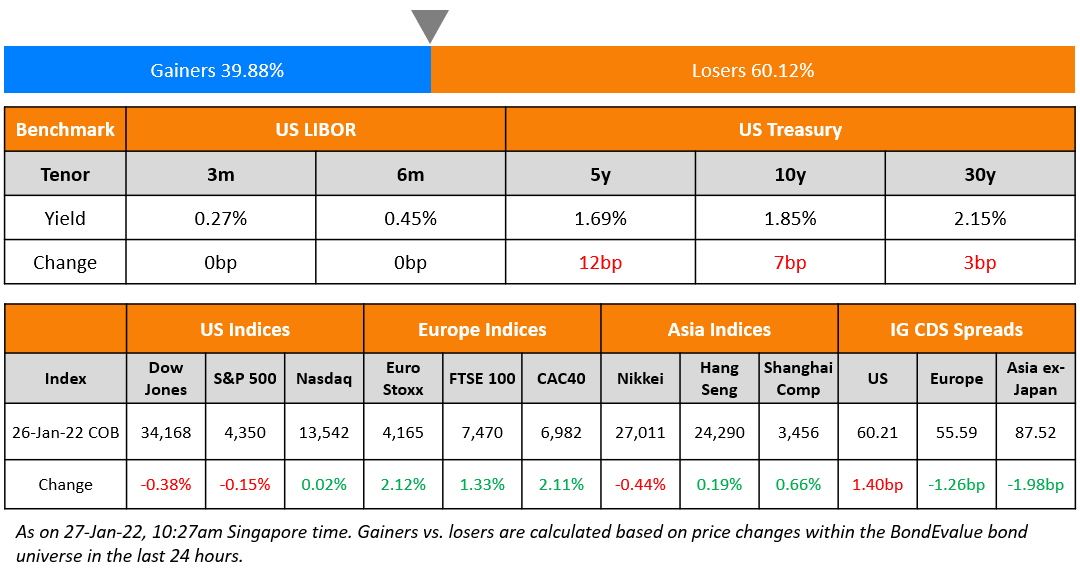 US equity markets closed almost flat with the S&P ending 0.15% lower and Nasdaq closing almost unchanged. The indices erased gains of over 2% post the hawkish FOMC meeting (details below). Sectoral gains were led by IT, up 0.7% while Real Estate led the losses, down 1.7%. US 10Y Treasury yields jumped 7bp higher to 1.85%. European markets recovered sharply yesterday with the DAX, CAC and FTSE up 2.2%, 2.1% and 1.3%. Brazil’s Bovespa closed 1% higher. In the Middle East, UAE’s ADX was flat and Saudi TASI was up 0.6%. Asian markets have opened in the red with Nikkei and HSI down 3.1% and 2.6% while Shanghai and STI are down 0.9% and 0.6% respectively. US IG CDS spreads were 1.4bp wider and HY CDS spreads were 5.4bp wider, EU Main CDS spreads were 1.3bp tighter and Crossover CDS spreads were 6.2bp tighter. Asia ex-Japan CDS spreads were 2bp tighter.

The US Federal Reserve sounded hawkish in its policy meeting on Wednesday with Powell saying that officials were “of a mind” to raise rates in March. He added that the Fed would end its asset purchase program in early March and begin shrinking its bond holdings after rate hikes begin. Whilst the December 2021 dot plots indicated three hikes in 2022, Powell indicated that the Fed was open to more hikes than forecast if needed in an effort to combat prolonged inflation risk.

European Investment Bank (EIB) raised €1bn via a 7Y green bond at a yield of 0.063%, 3bp inside initial guidance of MS-17bp area. No ratings were provided. The bonds received orders over €7.5bn, 7.5x issue size. The proceeds will be allocated to EIB’s lending to activities contributing substantially to climate change mitigation in line with evolving EU sustainable finance legislation, including the EU Taxonomy Regulation.

Samurai bonds are yen-denominated bonds issued by foreign entities in Japan. These bonds, which are subject to bond market regulations in Japan, are issued by foreign countries and corporations to attract Japanese investors. Another reason to issue Samurai bonds is to capitalize on lower interest rates in Japan compared to the issuer’s local market. Maybank returned to the Samurai market for the first time in two years to raise ¥30bn ($262mn) from the sale of three-tranche samurai bond offering

“Our more considered view is that it is already being factored in.” “We believe that today’s level of bond yield is best explained by the expected path of the policy rates, and the trend of the longer-run equilibrium.”

Jerome Powell, US Federal Reserve chairman
“Our communication channel with the markets is now working,” Powell said. “Markets are now pricing in a number of rate increases. Surveys show that market participants are expecting balance-sheet run off to begin at the appropriate time — sometime later this year perhaps. Financial conditions are reflecting in advance the decisions we make.”

In a statement by the Federal Open Market Committee

“It will soon be appropriate to raise the target range for the federal funds rate.”

“Powell’s remarks after the meeting were arguably the most hawkish he’s made as Fed Chair.”

“I do not think Fed Chair Powell could have been more hawkish during his press conference than if he raised rates today.”

“The bigger fallout in credit could be to come.” “We will pay careful attention to the fund flows in the coming days to see if this causes outflows.” 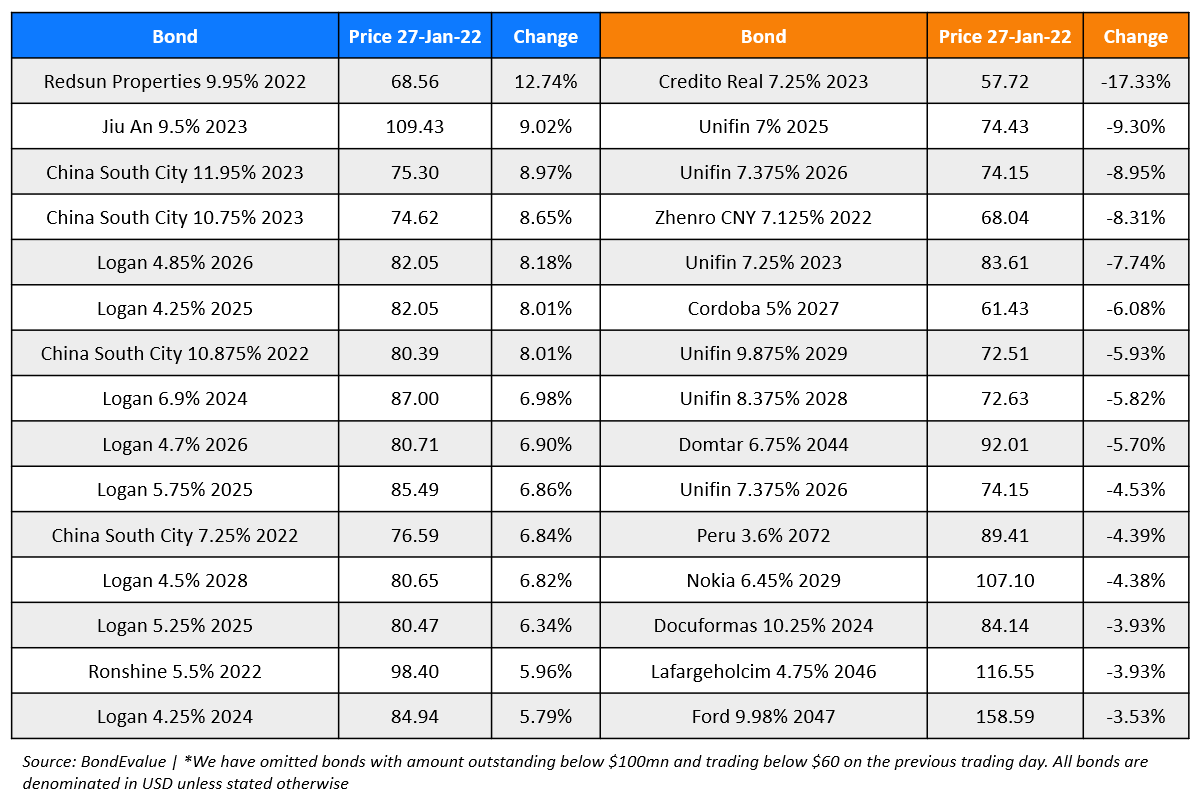